‘Uber gang’ thought cop would save them. They were in for a massive shock

It’s as clear as covfefe: in US politics money trumps morality

Homophobic affairs: leaving SA was painful, but he ‘had no choice’

When even the country with Africa’s most advanced LGBTQI rights let him down, the Kenyan had to look further afield

Black farmer wins case against state, but he needs an apology

David Rakgase fought for 16 years to buy land from the government. Now a judge has ruled in his favour

Business is quiet, and that’s a surplus of sanity

A store is starting a ‘silent hour’, but, please tell me I’m not mad, isn’t this just an all-too-brief return to sanity?

Genius from the ghettos: Why were so many trailblazers Jewish?

MAKING A SPLASH An advert for the new iPhone 11 Pro at the Apple store in Hong Kong. Apple has removed an app pro-democracy protesters use to track police movements.
Image: Reuters/Athit Perawongmetha

Overcrowding, suicides, rape and homicide - this is the state inside SA prisons. This was revealed in inspecting judge of correctional services Johann van der Westhuizen's 2018/19 annual report. Van der Westhuizen said the population in prisons remained excessively high, and not evenly spread. To deal with overcrowding, kitchens work overtime, while plumbing and hot-water systems constantly break down through overuse. At some centres, lice and pest infestations were common, largely due to the high turnaround of remand detainees. In Gauteng, only two out of the 15 centres were found not to be overcrowded. The Western Cape had the most overcrowded facilities, with Pollsmoor Medium B being 200% overcrowded. Van der Westhuizen’s report found that 28 cases of suicide were reported across SA prisons.

Chrome giant Samancor has commissioned a forensic investigation after firebrand trade union Amcu last week brought a R7.5bn corruption case against the company. In papers filed in the Johannesburg High Court last Wednesday the union said the company and its former owner, Danko Koncar, were behind an illicit financial flows scheme which saw the mining giant shift billions in profit offshore. The allegations are contained in a number of affidavits, including by former Samancor director turned whistle-blower Miodrag Kon. A week after the papers were lodged Samancor said it was "aware of the allegations" but that the court application had not yet been served on the company. "A decision by Samancor, the Samancor board and its recognised unions was taken to commission an independent investigation into the allegations by Amcu, of which most date back more than 10 years,” it said.

Another reprieve for Myeni in ‘delinquency’ case

Former SAA chairperson Dudu Myeni was given another reprieve on Thursday when the high court in Pretoria postponed an application to have her declared a delinquent director. Outa and the SAA Pilots’ Association brought the application in March 2017 and the case was due to be heard from the beginning of this week. However, Myeni was a no-show, and the matter was postponed to Thursday for her to find new legal representation - which was done. While Myeni’s new lawyer asked for a further delay, the judge ruled that the matter will be heard in the week of October 21. Another hearing will be towards the end of November, to allow time to prepare.

Former president Jacob Zuma will know the outcome of his application for a permanent stay of prosecution on Friday. The Pietermaritzburg High Court is expected to deliver its ruling at 9.30am. If the judges rule in Zuma's favour he will still need to appear on Tuesday for the trial court to formally validate the judgment. Zuma's legal team has been relying on the NPA’s 15-year delay in prosecuting and political interference to secure a permanent stay of prosecution. If the judges rule against him the trial is expected to go ahead on Tuesday unless his team asks for a postponement. The team were unavailable to confirm whether Zuma would attend the legal proceedings.

A Grade 6 pupil from Bloemfontein who was stabbed to death at the weekend is expected to be buried on Friday. Police spokesperson Brig Sam Makhele said the 14-year-old was allegedly stabbed during an argument with a 21-year-old man in Heidedal. “According to information received, the victim was carrying a knife, so the suspect went inside his parents’ house and also took a knife and stabbed the victim in the back,” Makhele said. The boy died in hospital. On Monday, a 14-year-old pupil was stabbed to death with a pair of scissors in Sebokeng, south of Johannesburg. On the same day a Grade 9 pupil from a Mossel Bay school was stabbed, allegedly by three fellow pupils. On Tuesday, a 15-year-old girl was injured after being stabbed during an argument with a fellow pupil at a Durban high school.

The Constitutional Court on Thursday ruled that Stellenbosch University was correct in implementing its 2016 policy, which gave preference to English over Afrikaans. Part of the judgment read: “This court finds that the university’s process in adopting the 2016 policy was thorough, exhaustive, inclusive and properly deliberative. The university’s motivation for introducing the 2016 policy was to facilitate equitable access to its campus, teaching and learning opportunities by black students who are not conversant in Afrikaans.” The court found that the decision to alter the language policy was warranted and retaining the previous Afrikaans policy was not reasonably practical, as this resulted in “the exclusion of non-Afrikaans speakers from full participation in tuition and other institutional benefits”. Afrikaans as a medium of instruction at tertiary level came under debate in the courts, with the university saying it adopted the English-language policy to ensure equal access, multilingualism and integration.

The water crisis in the Eastern Cape town of Graaff-Reinet has dragged on for more than two years. A video emerged on social media of a young boy dancing in the drizzle for the first time on Thursday. 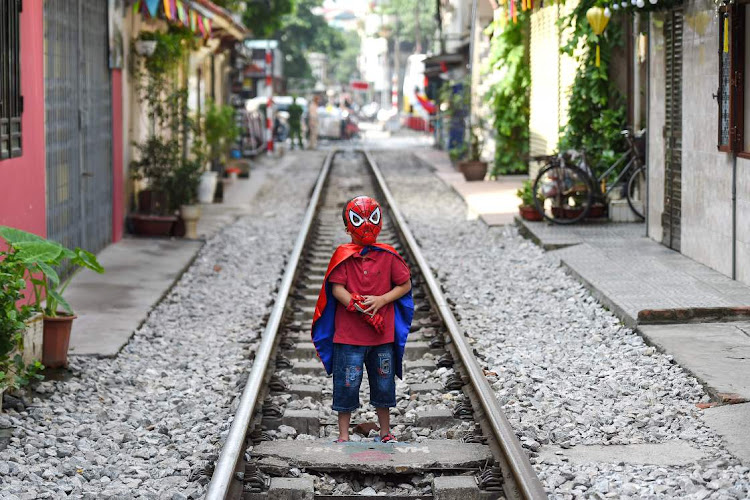 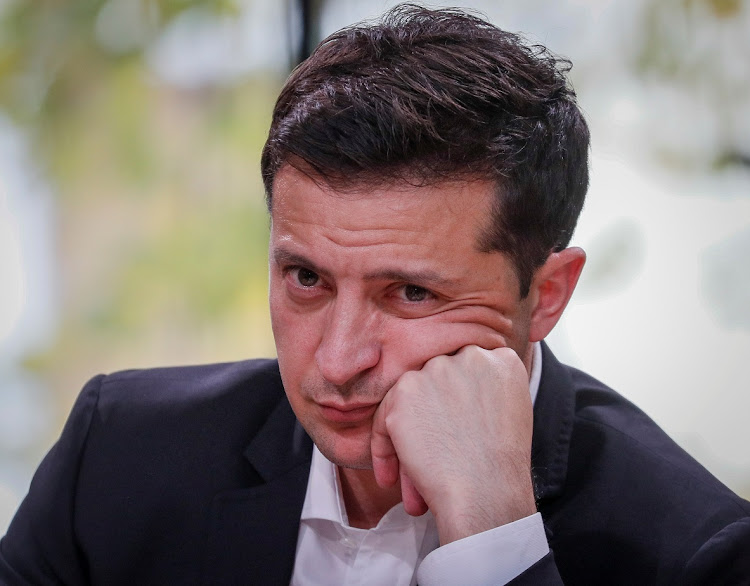 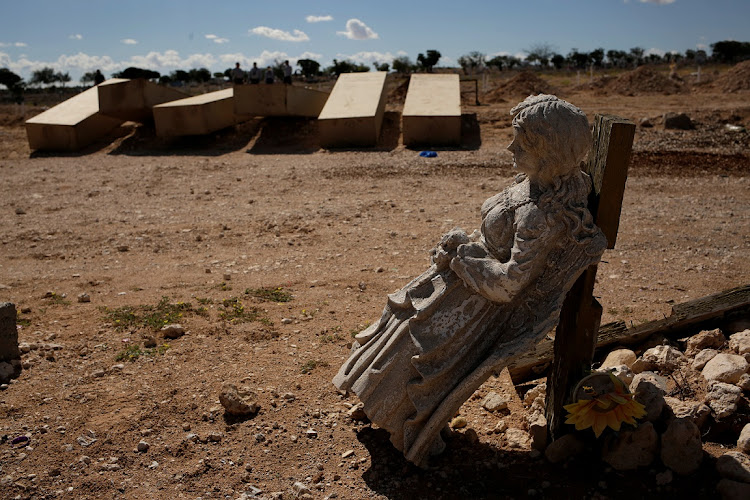 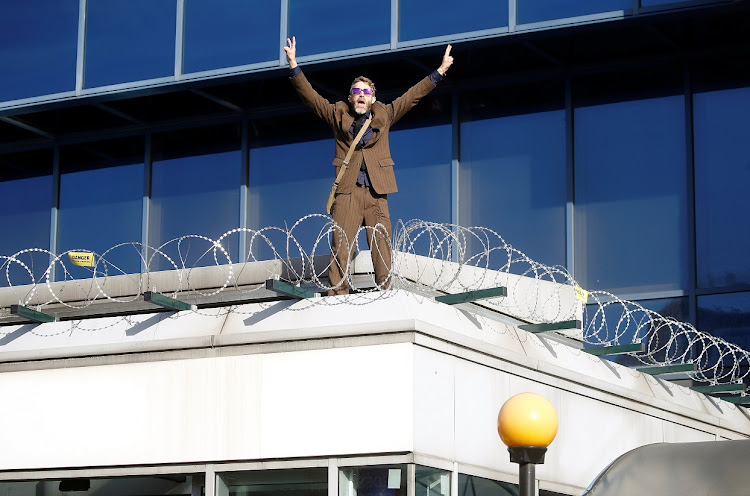 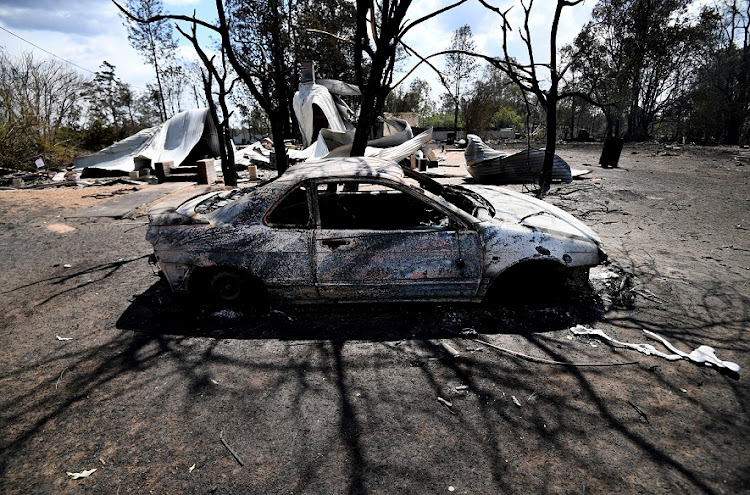 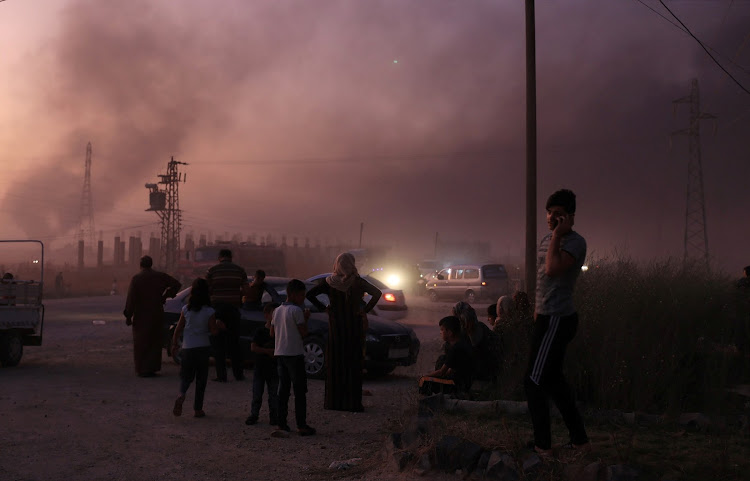 The world is turning away from cash. What price we will pay?

As Sweden, the most cash-free country, is discovering, not having ‘real’ money has unexpected consequences

What the Dickens! So you’re a big literary liar. Well, it’s no big deal

If, like me, you've never picked up a Jilly Cooper or waded through Balzac, here’s why you shouldn’t fret too much

ALL GUN AND GAMES A visitor attends the annual exhibition of weaponry and military equipment in Kiev, Ukraine.
Image: Reuters/Gleb Garanich

North Korean and Russian state media have joined forces to fight "fake news" about topics including Pyongyang's contentious relationship with Washington. Korean Central News Agency (KCNA) and Tass news agency directors signed a cooperation agreement during a visit to Pyongyang by a Russian delegation including the head of Russia's Channel One state television. "We increasingly often see misrepresentation of information in the news environment, and we must counter the dissemination of such fake news," said Kim Chan Gwang, the KCNA director-general. While he did not specify what "fake news" he meant, the head of North Korea's foreign ministry information department praised Tass and Channel One for "fairly and objectively" reporting the "principal positions of the leadership of the People's Republic in Korean-American relations".– © Telegraph Media Group Limited (2019)

A Japanese student aced an assignment on ninja culture by making her own invisible ink from soybeans in a stealthy move that impressed her professor. Eimi Haga, a member of Mie University's ninja club, turned in an essay on a visit to a museum about the nimble assassins with an attached message to heat it before reading. "I knew that I needed to take it home and put it above a stove," said Yuji Yamada, who teaches Japanese history, including ninja culture. "She replicated what is written in records of ninja art. She strived to prove what was written actually works and went through a trial-and-error process. I was impressed." When the characters of Haga's essay revealed themselves in the heat, Yamada - who had promised his students extra marks for creativity - decided to award her an A. Haga, 19, made the ink by soaking soybeans overnight and then squeezing them into a paste. – AFP

A huge saltwater crocodile killed a Philippines fisherman after snatching him from his boat, local authorities said on Thursday, the latest in a series of attacks terrorising a remote southern island. The 20-year-old was taken by the 4.9m beast late on Tuesday as he and a colleague sailed back to the island of Balabac after a day of fishing, regional police spokesperson Socrates Faltado said. The next day residents found his body, still in the croc's jaws, he said. They then used dynamite to kill it. A crocodile also killed a 10-year-old boy in the same area less than two months ago, according to Jovic Fabello, spokesperson for a government council that oversees conservation efforts in Palawan, where Balabac is located. Earlier in 2019 a croc killed a 15-year old boy and a fisherman off the island of about 35,000 people. – AFP

Chinese horn in on avian ‘ivory’

Almost 800 animal parts including a huge stash of hornbill "ivory", pangolin scales and deer antlers, have been seized in a raid on Borneo island, officials in Malaysia said on Thursday. Borneo's vast jungles are home to numerous rare creatures but they are frequently targeted by poachers who sell their parts to collectors and for use in traditional medicine, particularly in China. The island is shared between Malaysia, Indonesia and Brunei. Officials uncovered the huge haul on Saturday in a raid on a house in Kapit in Malaysia's Sarawak state, and a 56-year-old man was arrested, senior forestry official Zolkipli Mohamad Aton said. It included 148 helmet-like blocks of reddish keratin that is found on the front of the skulls of colourful hornbill birds. It is different to elephant ivory and is in growing demand in China, where it is carved into luxury ornaments, statues and jewellery. – AFP

Apple has removed an app criticised by China for allowing protesters in Hong Kong to track police, as Beijing steps up pressure on foreign companies deemed to be providing support to the pro-democracy movement. The tech giant's pulling of HKmap.live was blasted as bowing to China and comes as high-profile brands, including the NBA and its Houston Rockets franchise, come under pressure from communist authorities over perceived support for democracy demonstrations in the financial hub. This week, Chinese state media tore into the app, which collates information on police locations submitted by users, charging that it was helping "rioters". – AFP

How Mariana Mazzucato aims to get the state dreaming again

The Italian-born, US-raised professor is no-nonsense and articulate about her ideas, which she now brings to SA

What does the role of a CRO entail given the political environment SOEs must navigate in SA?

Mango’s messy landing saga could give Comair a lift

How would the characters from ‘Friends’ fare in the age of influencers?

Twenty-five years after the show ended, we look at how they would fit into today’s world

No Faffing about: It’s time for Boks to lock in their best plays

Blast from the past: Boks go on 12-try World Cup spree