Sex expert too hot for education department to handle

It says Dr Eve was ‘pushing for a focus on sexual pleasure’ in curriculum. Not true, she replies

Dad loses fight with school, but it has to pay his legal costs anyway

It began when son stabbed a fellow pupil, but ended on constitutionally prickly matter of attaching the school’s assets

In SA, it seems the best way to get our kids educated is to lock them up

Every subject has its hazards in prison, but just think of the many advantages

Lenasia furious after ‘killer’ freed in their area

Sketchy police statements blamed after man beaten to death and suspect is arrested, then released

SA builds its own wall to deal with cross-border crimes

Cape Town to be carpeted in succulent that sucks up carbon

Besides being edible and high in vitamin C, the plant is celebrated as a critical weapon against climate change

Groundbreaking TV show is by and for people with mental illness

LET'S GET THIS SHOW BACK ON THE ROAD Former Bosasa COO Angelo Agrizzi was back at the judicial commission of inquiry into state capture in Joburg on Wednesday.
Image: Thapelo Morebudi

Dad in dock for murder of 4 kids

The case against a Durban father accused of murdering his four children has been postponed for further investigation. The 44-year-old appeared in the Pinetown Magistrate's Court on Wednesday where a count of rape was formally added to the four charges of murder he already faces. He cannot be named until he has pleaded to the rape charge. He was arrested on September 4, a day after he allegedly hanged three of his biological children at their Wyebank home. He then allegedly collected his 16-year-old stepdaughter from school and strangled her. The case was remanded to November 7 for further investigation. The man will remain in custody at Westville prison, after he abandoned his bail during his first appearance.

Armscor chief executive Kevin Wakeford's cross-examination of former Bosasa officials Angelo Agrizzi and Frans Vorster at the state capture inquiry has been postponed. The postponement relates to information contained in files held by curators of the controversial facilities management company which has not been made available to the commission. Deputy Chief Justice Raymond Zondo postponed the matter without setting a new date. It is unclear when the commission will resume, with a witness for Friday yet to be scheduled. If the witness is not set down, the commission will continue next Wednesday with evidence related to the Vrede dairy farm project.

A 28-year-old Limpopo woman has been arrested in connection with the alleged murder of her 11-year-old son. The child's body was found in a shallow grave at their rented home. Villagers attacked the woman at Hlalanikahle, near Monsterlus, on Monday, before police intervened. “The police … arrested a 28-year-old woman for killing her 11-year-old son and later burying his body in a shallow grave in the yard of her rented house,” said police spokesperson Brig Motlafela Mojapelo. Police are investigating.

The case against the 15-year-old pupil accused of stabbing a schoolmate to death with scissors in Sebokeng, south of Johannesburg, has been provisionally withdrawn, police said on Wednesday. “The matter was withdrawn for the police to complete its outstanding investigation. When the investigation is complete the matter is going to be taken back to court,” Capt Fikile Funda said. The 14-year-old pupil was stabbed to death at Thuto-Tiro Comprehensive School on Monday. Gauteng education department MEC Panyaza Lesufi said the attack occurred inside a classroom.

Police have arrested a teacher from whites-only Orania in the Northern Cape for allegedly raping a minor. Police spokesperson Capt Olebogeng Tawana confirmed that the teacher had been arrested and was charged with statutory rape. Carel Boshoff, chairperson of the Volkskool Orania board, said the principal first became aware of the allegations on September 16 when the police’s child protection unit visited to investigate a complaint of child molestation. Boshoff said the teacher had a meeting with the principal on the evening of September 21 and was arrested September 23. The teacher appeared in court on September 24 and was released on R5,000 bail.

Boy, 4, back in SA after mom’s drug arrest

A four-year-old SA boy who was travelling with his mother when she was arrested for alleged drug possession in Mauritius last month has returned to the country. This is according to Patricia Gerber‚ who heads advocacy organisation Locked Up in a Foreign Country. She said the department of international relations and co-operation (Dirco), the department of social development and SAA had returned the child to SA. “He is now with his grandmother and family.” His mother was arrested at an airport in Mauritius on September 15. She was reportedly found to have swallowed a stash of heroin, and was taken to hospital to where the drugs were retrieved. Her child was placed in the care of the child development unit. The mother was one of two South Africans arrested in Mauritius last month.

A man in India was shocked to find a 4.5m cobra in his toilet shed on October 7. The man was taking a bath outside the shed when he spotted the cobra and informed his family. Subscribe to MultimediaLIVE here: https://www.youtube.com/user/TimesLive Comment Moderation Policy: https://www.timeslive.co.za/comments/ 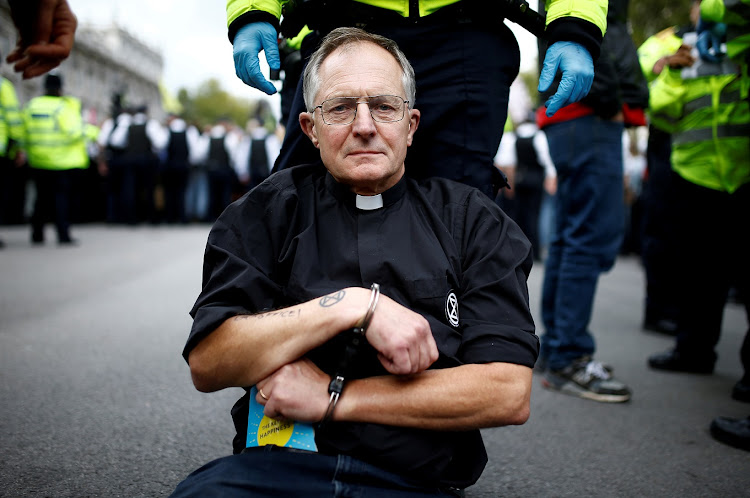 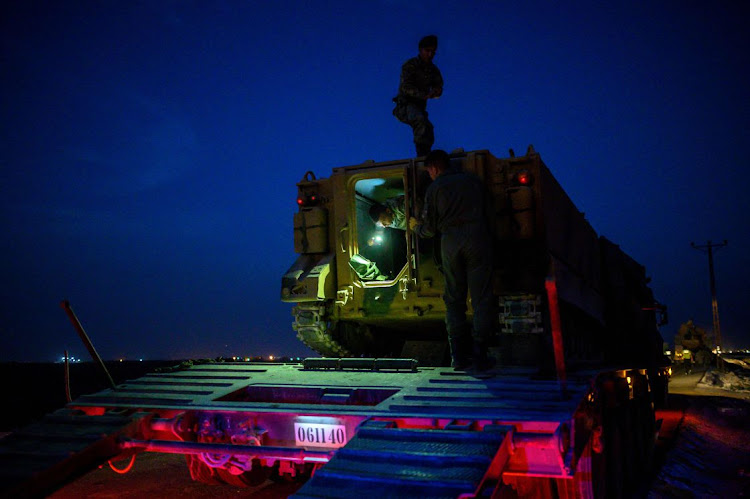 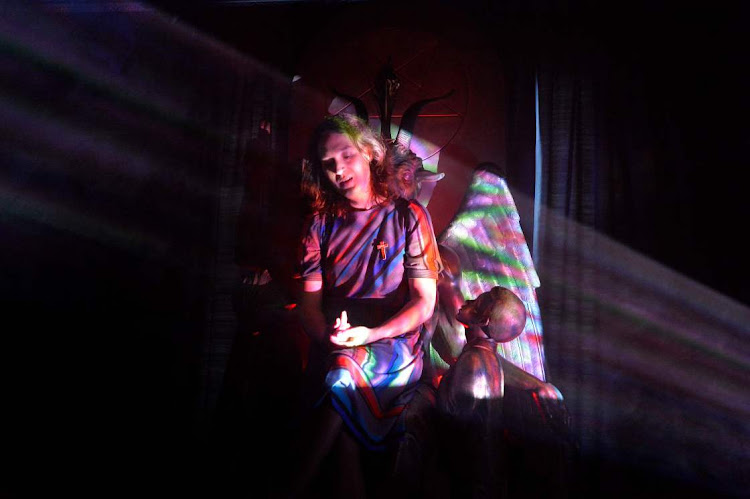 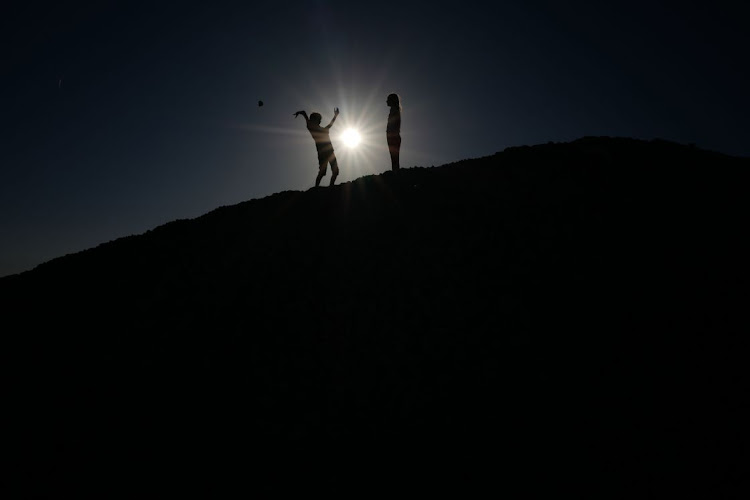 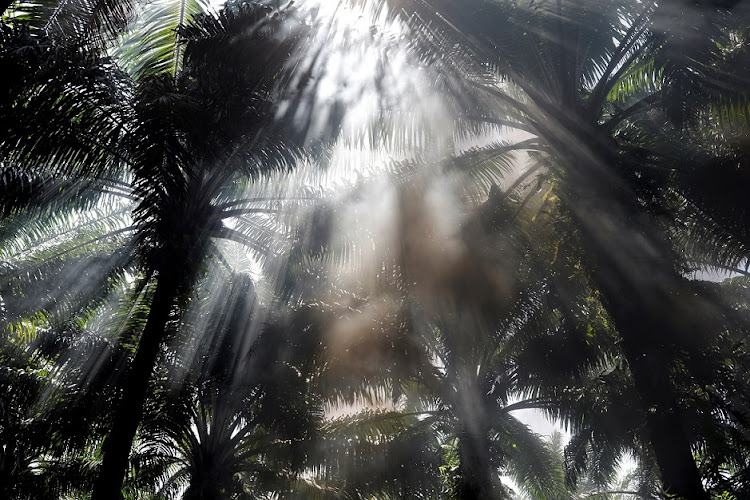 A hard rain’s gonna fall on the rugby

A super typhoon among the most powerful in decades was due to hit Japan this weekend and could severely disrupt both the Rugby World Cup and Formula One Grand Prix. Typhoon Hagibis, classed as ‘violent’ — the top end of Japan’s storm scale — is on track to directly hit part of Japan’s east coast, possibly barrelling straight into Tokyo on Saturday. Japan’s Meteorological Agency said the storm is as strong as four of the biggest typhoons to hit Japan in recent decades. On Wednesday evening, the typhoon was churning above waters in the Western Pacific, packing gusts up to 270km/h. — AFP

Beer all over the show ... and no Aussie grabs one!

A truck filled with beer rolled on Australia’s busiest highway, spilling thousands of cans of Victoria Bitter (VB) and closing part of the road for hours, police said. Its trailer, full of Victoria Bitter beer, rolled, sending beer gushing onto the road. VB routinely ranks as one of Australia’s top-selling beers, and footage of the accident was widely shared on social media. ‘WARNING: Graphic image,’ a Facebook account wrote below a photo of the ill-fated truck, its contents strewn over the road. Police had been on the lookout for members of the public taking spilled beer cans and there had been NONE. ‘Maybe all the people weren’t fans of VB,’ said a police spokespeson. — Reuters

Part 2 in the mission to find water on the moon

A decade after Nasa sent a rocket crashing into the moon’s south pole, spewing a plume of debris that revealed vast reserves of ice beneath the barren lunar surface, the space agency is racing to pick up where its little-remembered project left off. The so-called LCross mission proved a milestone in the discovery of a natural lunar resource that could be key to Nasa’s plans. The agency now has the chance to follow up on the pioneering mission, after vice president Mike Pence in March ordered Nasa to land humans on the lunar surface by 2024, accelerating a goal to colonise the moon as a staging ground for eventual missions to Mars. — Reuters

EU expats have no fear of a post-Brexit UK

Nearly 1.8 million EU nationals have applied to stay in Britain after Brexit, the Home Office interior ministry said, of which 495,700 were received last month alone. The countries with the most applicants were Poland with 347,300, Romania (280,600), Italy (200,700), Portugal (162,500) and Spain (115,700). Launched in March, the online system allows EU, wider European Economic Area and Swiss citizens residing in Britain to obtain, free of charge, settled status or pre-settled status. They have until December 2020 to apply. The figures are provisional, but show the surge in applications in September as the October 31 Brexit deadline approaches. — AFP

The ‘Sound Shirt’, created by London-based fashion company CuteCircuit, has 16 sensors embedded in its fabric so deaf wearers can feel violins on their arms, for example, while drums beat on their backs. Francesca Rosella of CuteCircuit, which designs fashion wearable technology, said the shirts allowed deaf people to feel music through sensations. ‘All these little electronic motors are connected with these conductive fabrics so that the garment is soft and stretchable,’ she said. Sound Shirts don’t come cheap, as they are expected to go on sale at more than R55,000, but it could be a price worth paying for deaf people who enjoy music. — Reuters

Five more dead elephants have been found at the bottom of a Thai waterfall known as ‘Hell’s Abyss’. Drones were used to make the latest grim discovery at the waterfall in Khao Yai National Park, bringing the number of elephants who fell to their deaths in the disaster to 11 after six bodies were found over the weekend. Elephants are known to develop strong social bonds and officials believe a younger one slipped off the cliff, prompting a doomed attempt by the others to reach it. Officials are helping create more water and food sources nearby to discourage other elephants from returning to the deadly spot. — AFP

BULL’S EYE: ‘Value’ is all very well, but growth is even better

JSE leaves investors in the dark about share repurchases

Diehard fans are being treated to its theatre version once more, but the stage run will be over on Thursday night

By Jackie May
4 min read
Lifestyle

SPORTS DAY: RG in the mix as Rassie prepares for quarters

Blasts from the past: Bafana battle to find a 1990s groove