Duduzane Zuma says it’s all a plot against him. Sound familiar?

I'm a victim of a political storm, he says as he whines to Zondo about the 'court of public opinion'

About to lie on your CV? Don’t. You might end up in jail

New act proposes to name and shame fraudsters, who will then face a fine or time behind bars

SA’s first gymnastics champ is off to the Olympics

The physical and social price Caitlin Rooskrantz pays is daunting, but she wouldn’t have it any other way

One of them argued the cops squeezed a confession out of him, then said he was forced by his co-accused

Lazarus gets his own show, and it will be otterly adorable

The Cape otter, who has gained quite a following, is an American TV star in waiting

World Health Organisation report reveals just how big the problem is, and how it should be fixed

I’ll pour bile upon the Jack of all tirades, and he won’t do a damn thing

This is how you grow a culture by hand

A Grade 9 pupil from a Mossel Bay school was stabbed to death on Monday morning by three schoolmates - in full view of teachers and other pupils. Southern Cape police spokesperson Capt Malcolm Pojie said three pupils between grades 8 and 12 were arrested in connection with the incident. The Western Cape education department said the school was already reeling following the murder of a Grade 8 pupil in a house robbery earlier in 2019. Provincial education department spokesperson Jessica Shelver said the three pupils who attacked the Grade 9 boy fled after the stabbing. "The learner was rushed to hospital but unfortunately died as a result of his injuries. Pupils and teachers were receiving counselling. The suspects are expected to appear in the Mossel Bay Magistrate’s Court on Wednesday.

Western Cape police are investigating foul play after three carriages were torched on a Metrorail train at the Glencairn station on Monday afternoon. The blaze gutted the train en route from Cape Town to Simon’s Town. Police spokesperson Captain FC van Wyk said criminal forces may be behind the blaze. A case of malicious damage to property was under investigation. Metrorail said the incident would heavily affect its ability to run efficiently. "Preliminary reports indicate no reported injuries. Fire and rescue, SAPS, Metrorail technical, operations and security teams are on site to deal with the fire and to investigate the incident." The incident "immediately impacts all inbound/outbound Simon’s Town trains which are now forced to terminate at Fish Hoek until further notice".

Two Ethiopian men have been charged with possession of stolen property after more than 150 bales of municipal toilet paper were found at a convenience store in Durban on Monday. Metro police’s Senior Superintendent Parboo Sewpersad said the discovery was made during a routine enforcement operation in the Umgeni business district. "A team was checking for compliance in terms of business licences and fire escapes when the toilet rolls were found at the supermarket. The consignment had "distinguishing marks" and a stores official verified it as municipal property. "We don’t know how the two suspects got the toilet paper as they are refusing to provide information,” Sewpersad said. Expired food products were also found during the operation, and these were confiscated along with the toilet rolls.

The Democratic Alliance has asked parliament to summon the acting head of the Independent Police Investigative Directorate (Ipid), Victor Senna, and former Ipid head Robert McBride to appear before parliament. This follows revelations that the directorate has for years been closing cases without properly investigating them. “It is alleged this practice was designed to manipulate Ipid’s targets in order to attract additional funding from national treasury,” DA police spokesperson Andrew Whitfield said in a letter to the chairperson of parliament’s portfolio committee on police, Tina Joemat-Pettersson, on Tuesday. These were serious allegations of misconduct and fraud which required a full interrogation by parliament, he said.

The eldest daughter of the man dubbed the Springs monster says she has forgiven her father for the decade-long abuse she and her four siblings suffered at his hands. “It was a long process, but I forgave him in my matric year last year,” Landi said. The 21-year-old was speaking about her book, Die Huis van Gruwels, on Martin Bester’s breakfast show on Jacaranda FM. The book details how their father abused and terrorised his five children over a decade. The parents kept their children locked up in their house in Springs‚ east of Johannesburg. Police arrived at the house in 2014 after the son escaped and ran to a neighbour for help. The man, who was described as a sadist and psychopath during the court case, was sentenced to an effective 35 years in jail in October 2018.

The SA Human Rights Commission (SAHRC) will take up the case of a traffic officer who was allegedly racially abused by a woman in Cape Town at the weekend. The 34-year-old woman was arrested on charges of crimen injuria and resisting arrest, after she allegedly called the female traffic officer the k-word on Saturday. Commissioner Chris Nissen said on Tuesday: “We encourage them to lay a complaint with the commission. Secondly, we will follow it up with the investigating officer. Should she decide to not come forward, we would lay a complaint ourselves. The k-word is hate speech. That could be dealt with in the Equality Court.” The accused was released on a warning after appearing in the Blue Downs Magistrate’s Court on Monday. The case was postponed to December 6.

A man who allegedly robbed a store at the Cresta mall in Johannesburg was killed during a shootout with police on Tuesday. A group of men entered an electronics store and stole several electronic appliances. They opened fire as they fled the mall, wounding a security guard. Police later caught the men near Soweto where a shootout ensued which left one suspect dead. 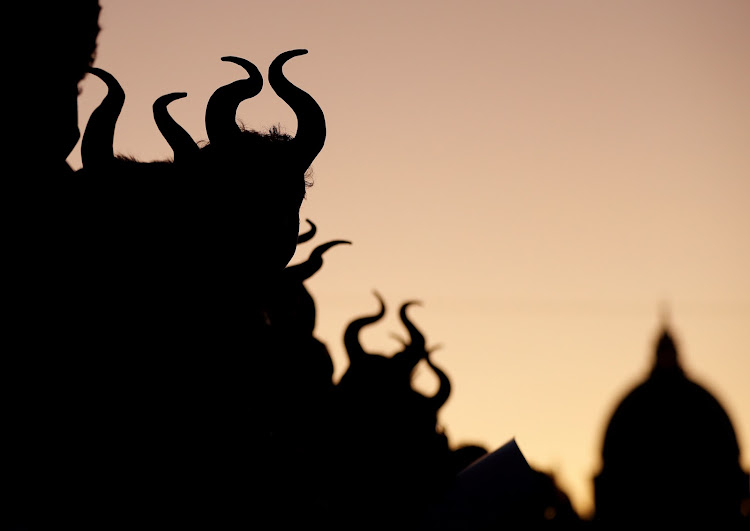 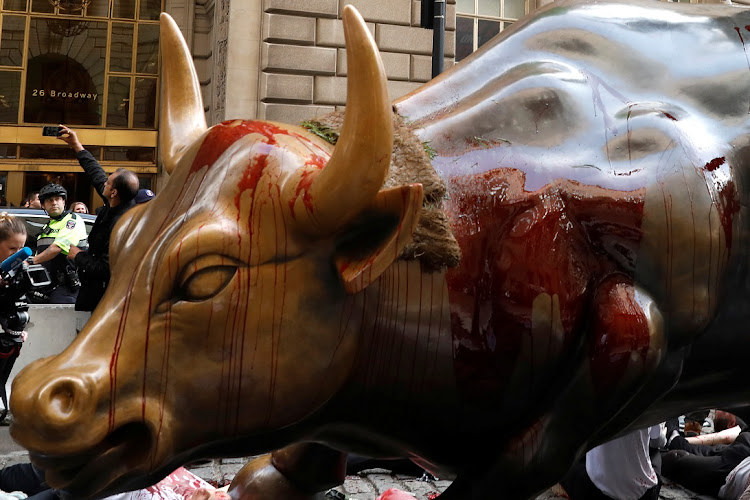 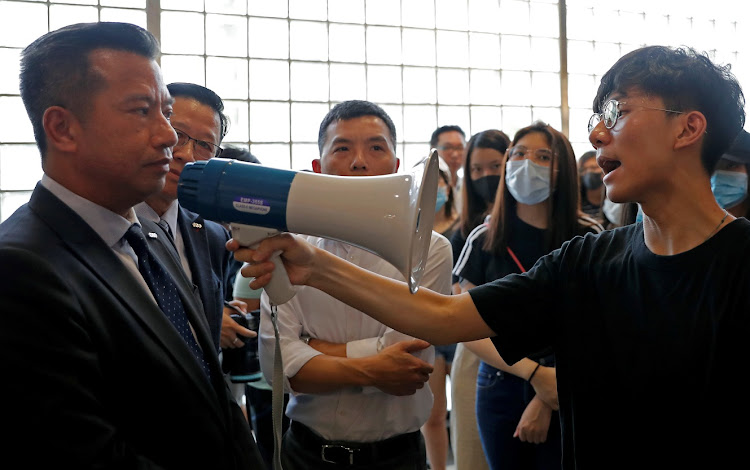 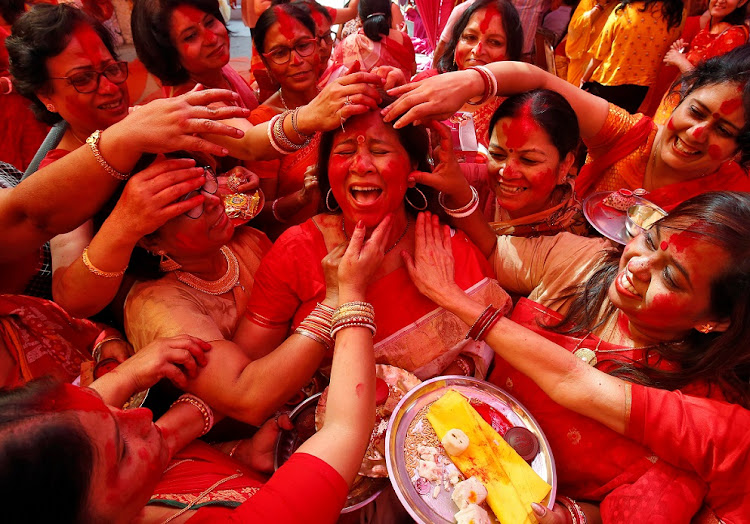 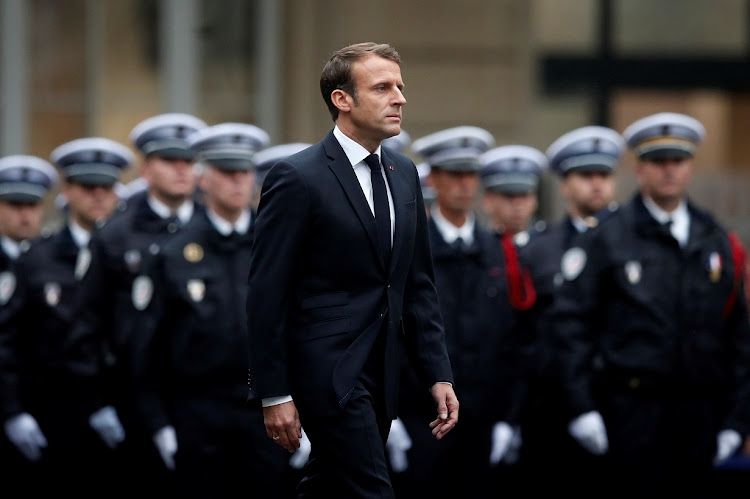 Leaders who land a phone call with Trump had better beware

Such a call used to be like hitting the jackpot, but the unpredictable US president turned that idea on its head

The dark side of light: How light pollution is affecting your body

It's time to go back to black, say experts, because all that artificial light is playing havoc with your health

Date with destiny: Why Tinder’s boss is hooked on marriage

As the app faces a challenge from Facebook, we talk to Elie Seidman about its stratospheric rise and rocky patches

The truth about hangovers is a buzzkill, but the little we know helps

Hangovers have been classified as an illness in Germany. But what are they, really, and how can we stop them?

LIKE LAMPS TO THE SLAUGHTER A Hindu devotee lies covered with oil lamps while offering prayers as part of a ritual during ‘Dashain’ in Bhaktapur, Nepal.
Image: Reuters/Monika Deupala

‘South Park’ creators apologise to China – as if!

South Park creators ‘apologised’ to China after reports that episodes of the show were no longer available on some Chinese websites. One episode critiqued China’s policies on free speech as well as the efforts of Hollywood to shape its content to avoid angering Chinese censors. ‘Like the NBA, we welcome the Chinese censors into our homes and into our hearts. We too love money more than freedom,’ creators Trey Parker and Matt Stone wrote on Twitter. – Reuters

Tuk-tuks to the rescue in deadly protests

Tuk-tuk drivers, who normally make their living weaving through Baghdad traffic, have been plunging headlong down streets to pick up people harmed during deadly protests. More than 110 people have been killed and 6,000 wounded in the uprising. With crowds packed tightly into the streets, ambulances either can’t reach the victims or become targets themselves for snipers. – Reuters

Russia has decorated NASA astronaut Nick Hague, who survived an aborted space launch last year, with one of its highest honours, the Order of Courage. Hague, along with Russian cosmonaut Aleksey Ovchinin, had a close brush with death when their Soyuz rocket failed minutes after blast-off in Kazakhstan. They were forced to eject and make an emergency landing. – AFP

Saudi Arabia welcomed 24,000 tourists in the 10 days after it issued tourist visas for the first time. Saudi Arabia announced on September 27 it would start offering tourist visas, opening up the kingdom to holidaymakers as part of a push to diversify its economy away from oil. Until September 27, the ultra-conservative state only issued visas to Muslim pilgrims, foreign workers and recently to spectators at sporting or cultural events. – AFP

A Bangladeshi who forcibly shaved his wife’s head after finding a hair in his breakfast has been arrested. Police raided a village in the northwestern district of Joypurhat and arrested Bablu Mondal, 35, after villagers told officers about the incident. Police said the suspect found a piece of human hair on the rice and milk breakfast his wife prepared for him and blamed her for it. – AFP

Zoo gets to heart of star panda’s mystery death

When a celebrity giant panda died suddenly last month while on loan to Thailand’s Chiang Mai Zoo, millions of social media users in China demanded to know: ‘What killed Chuang Chuang?’ On Tuesday, they learned it was heart failure, according to a Chinese-assisted autopsy on the death of 19-year-old Chuang Chuang, who had been on loan from China since 2003 with his mate, Lin Hui. – Reuters

Steak calm and carry on: Spur assumes the recovery position

So everybody must take the pain for Eskom? Really?

Why should the blameless public be made to pay for mismanagement that resulted in this expensive mess?

Tongaat is getting a shifty Steinhoff look about it

Yuck. This is truly the milk of human unkindness

Almond ‘milk’ melds the sensation of drinking plaster of Paris with the nutritional value of a jelly tot. Amazing

Joburg’s Sin+Tax is officially the best bar in Africa

Plane and simple: Why flying to work is no longer an option

A travel writer tries to give up his addiction to planes

SPORTS DAY: Is Lebusa the man to pick Mali’s pocket?

How Southgate took England from laughing stock to heroes

Three years on and manager’s stock is still rising

Blasts from the past: Abbott sparks Aussie collapse in PE