The Mango fiasco highlights the deep criminality in this country, and it needs a radical response by the state

Walus rot on in jail? ‘A judge, not a minister, should decide’

Never too late: 75-year-old gets admitted as an attorney

Researchers have a whale of a time with data from drones

Before, southern right whales’ body mass was difficult to determine with accuracy

Varsity makes it easy to see why local is definitely lekker

CHILLING IN SIBERIA Vladimir Putin is on holiday in the Siberian taiga.
Image: Sputnik/Alexei Druzhinin/Kremlin/Reuters

Former SAA chair Dudu Myeni says she cannot afford to travel to Pretoria for the delinquent-director case against her. Myeni was due in court on Monday, but the Organisation Undoing Tax Abuse (Outa) said she had called its legal team, claiming she could not afford to get to the capital city. Myeni’s residential address is in KwaZulu-Natal, but it was not immediately apparent whether she was still in the province. Lawyers for Outa and the SAA Pilots’ Association (Saapa) had to pass Myeni’s excuse on to the court because she did not have her own lawyer present, said Stefanie Fick, Outa’s head of legal affairs. Fick said Judge Ronel Tolmay rolled the case over until Tuesday this week to give Myeni a last chance to appear. If she failed to appear the case was expected to continue without her.

A 14-year-old pupil was stabbed to death at the Thuto-Tiro Comprehensive School in Sebokeng on Monday, the Gauteng education department said. Education MEC Panyaza Lesufi headed to the scene on Monday. He disclosed that the attack occurred inside a classroom. Provincial education department spokesperson Steve Mabona said the boy had been stabbed with a pair of scissors. Police said a 15-year-old was arrested for the stabbing.

No legal advice on Zille's eligibility for top job: DA

The DA on Monday poured cold water on reports that the party was seeking legal opinion about Helen Zille's eligibility to contest the position of federal council chair. Business Day reported that the party's decision to bar Zille from all party structures following her controversial tweets about colonialism could disqualify her. Zille put her name forward last week for the influential position. Zille will be going head to head with Athol Trollip, Thomas Walters and Mike Waters. The DA's presiding officer of federal council elections, Desiree van der Walt, said on Monday all candidates, including Zille, were eligible to contest the position.

President Cyril Ramaphosa has emphasised the need to promote economic integration on the continent, saying the growth of SA's economy depends on trade with other African countries. He said this in his weekly newsletter, which this week focused on last week's state visit to SA by Nigerian President Muhammadu Buhari. According to Ramaphosa, for trade among African countries to work, Nigeria and SA, as the continent's largest economies, needed to maintain good relations. This comes after foreigners living in SA, including Nigerians, were attacked last month, causing a diplomatic fallout. “President Buhari and I both firmly believe that the prosperity and stability of our two nations, and all other countries on the continent, requires that South Africa and Nigeria have strong relations at an economic, trade, social, political, diplomatic and people-to-people level,” wrote Ramaphosa.

A pilot was killed and his passenger seriously injured after a light aircraft crashed between two houses near Vryburg, North West, on Sunday evening. The Piper struck the garage wall of one of the properties on Isaac Peloeng Street at Huhudi, near Vryburg, at about 5pm. The pilot was declared dead on the scene and his passenger was taken to hospital. There were no injuries to people on the ground. “It is alleged that the aircraft was flying from Vryburg to Pretoria when it crashed. The cause of the crash is unknown at this stage and the Civil Aviation Authority (CAA) is conducting an investigation," said police spokesperson Capt Sam Tselanyane. A case of culpable homicide would be investigated by the CAA.

Three men arrested for kidnapping a 33-year-old Durban man and demanding a R200,000 ransom at the weekend are expected in court soon. The men allegedly kidnapped a Malawian man and shoved him into their boot on Sibaya Drive, Umhlanga, at about 2pm on Sunday. The victim's friend, who is said to have witnessed the incident, opened a case of kidnapping after he received calls from the kidnappers to demand a ransom. The police traced the cellphone number, which indicated the men had been driving on the N2 towards KwaDukuza. The police were alerted. The victim was eventually found near the Umvoti Toll Plaza. He had been severely assaulted and needed treatment. Police spokesperson Capt Nqobile Gwala said the suspects were arrested near the KwaMsane area in northern KwaZulu-Natal.

Rocking the Daisies is an annual music festival that attracts more than 10,000 people to Darling in the Western Cape. Acts such as Russ, EarthGang and Tash Sultana played at this year's festival. We spoke to some of the most stylish patrons to find out what inspired their outfits. 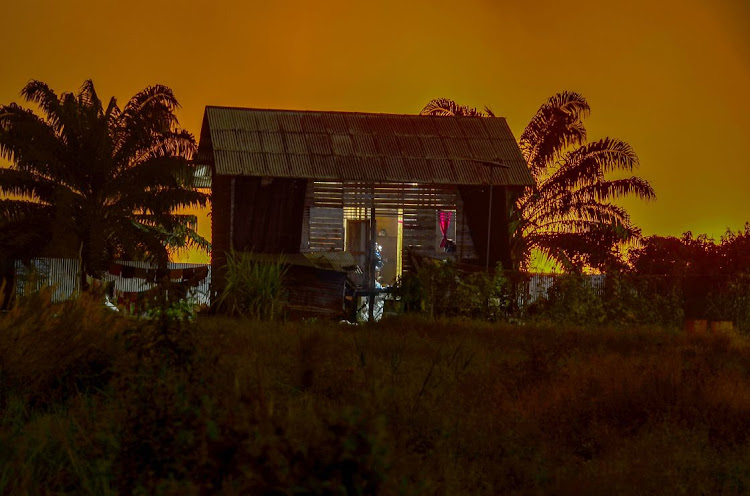 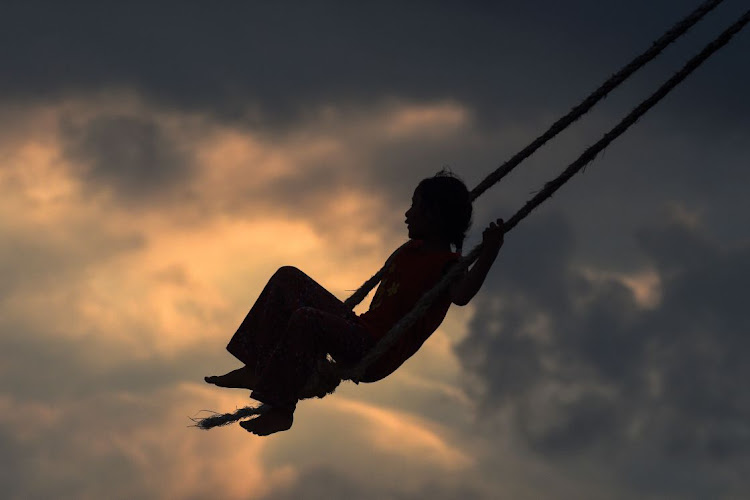 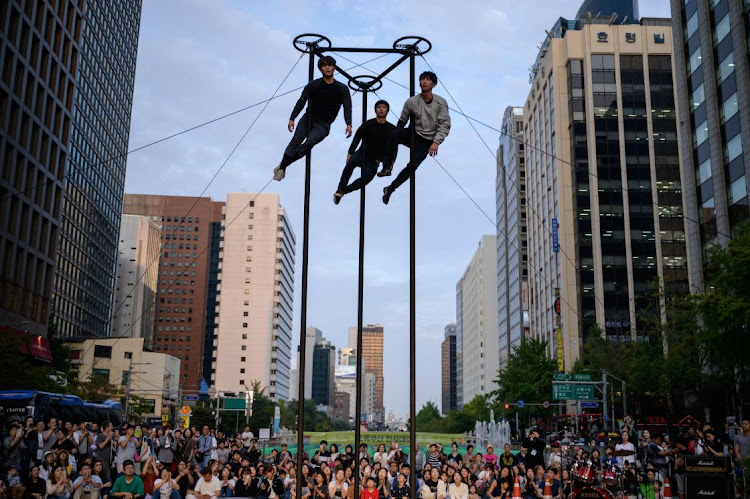 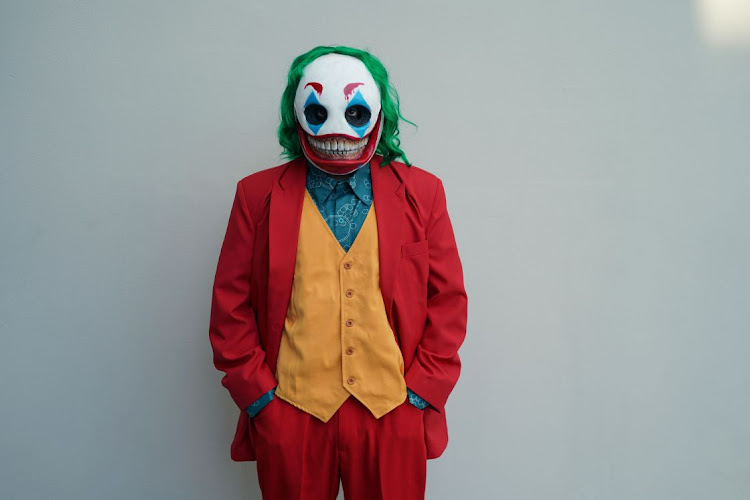 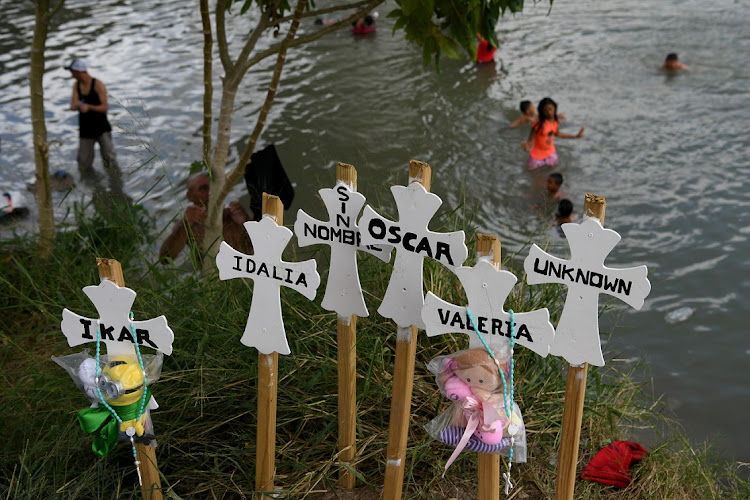 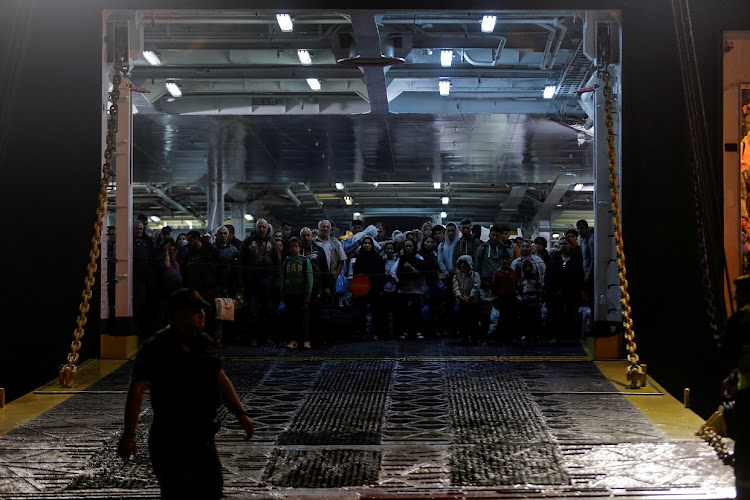 Field trip: Check out the farm that is actually a huge eco lab

The queen and I: Meet the ‘poshcast’ star spilling royal secrets

At 90, Lady Pamela Hicks is charming a new generation with a podcast about aristocratic antics

To ‘end malnutrition by 2040’, Bill Gates thinks with his gut and its bugs

CLIMATE-CHANGING LANES A sculpture made by activists lies on the road at Lambeth Bridge during the Extinction Rebellion protest in London.
Image: Reuters/Henry Nicholls

Pope steps up as a feather figure

Pope Francis has hit out at "offensive words" spoken against the Amazon's indigenous people, noting that a feather headdress is no more ridiculous than hats worn at the Vatican. "I was pained to hear, right here, a sarcastic comment about a pious man with feathers on his head who brought an offering," the pope said at the opening of a synod focused on the Amazon's poverty-stricken and isolated indigenous communities. "Tell me what's the difference between having feathers on your head and the three-peaked hat worn by certain officials in our dicasters (Vatican ministries)?" he said to loud applause. The three-week synod, or assembly, unites 184 bishops, including 113 from the nine countries of the pan-Amazon region, including Brazil. – AFP

Not mush machismo for Putin’s 67th

Russian President Vladimir Putin is renowned for posing for high-octane photo opportunities like tiger-tracking or deepwater diving. But in images released to celebrate his birthday on Monday, the long-term leader was seen enjoying some of Russia's more peaceful wildlife. Putin, who has turned 67, spent a mini-break in mountains above the Yenisei River in Siberia at the weekend foraging for wild mushrooms with his defence minister Sergei Shoigu. In video footage released by the Kremlin, they were shown picking and sniffing mushrooms. Sounding breathless, Putin said: "We have climbed up above the clouds," at a height of almost 2,000m above sea level.” He took the wheel of an all-terrain vehicle through the forest and the pair also hitched a helicopter ride. – AFP

US man confesses to 93 murders

A 79-year-old man murdered at least 50 people, making him the most prolific serial killer in US history, the FBI said on Sunday. Samuel Little confessed to 93 homicides - mostly of women - between 1970 and 2005, the Federal Bureau of Investigation said. Although investigators have only confirmed his involvement in 50 of them, they believe all of Little's confessions are credible. The FBI has set up a website showing his videotaped recollections of unidentified killings, alongside sketches - drawn by Little - of the people he claims to have murdered. "Many of his victims' deaths, however, were originally ruled overdoses or attributed to accidental or undetermined causes. Some bodies were never found," the FBI wrote. He was jailed for life in 2014 after being convicted of three murders. – AFP

An effigy of teenage climate activist Greta Thunberg strung up under a bridge in Rome has prompted Italian authorities to open an investigation for "aggravated threats", media reported on Monday. Images posted on social media showed an effigy with long braids with a sign written in English reading "Greta is your God". Politicians slammed the stunt, with Rome's mayor, Virginia Raggi, expressing the city's "solidarity" with the Thunberg family in a message on Twitter. Leftist PD party leader Nicola Zingaretti condemned the "grisly violence" and said the party did not respect the values shared by those responsible for the effigy. – AFP

A mass felling of trees in one of the world's most-polluted megacities was halted by India's top court on Monday, amid protests their removal would strip the city of a precious "green lung". About 2,700 trees were being cut down in the financial capital Mumbai to make way for a depot for subway carriages in the city of nearly 20 million people. But the felling angered locals, with Bollywood stars and residents joining regular demonstrations that grew over the weekend after workers started removing the trees at night. More than two dozen arrested activists were later released on bail, police said. Following an emergency hearing called after petitions from activists, the Supreme Court said no more trees in the suburb of Aarey were to be felled until a next court session on October 21. – AFP

Fur thine is the kingdom …

Elaborately dressed cats and dogs and even a palm-sized sugar glider were among the animals blessed outside a Philippine mall on Sunday in celebration of the feast of Saint Francis of Assisi, the patron saint of animals and World Animal day. Pet owners raised their furry friends as a priest sprinkled holy water on the menagerie. “They are like humans to us, so we need to have them blessed and make sure they do not get sick, and continue being with me,” said Filipino dog owner Ram de Castro, while carrying his pet dressed in Miss Universe-inspired red evening gown. More than 100 pets were brought in for this year’s religious and blessing ceremony. - Reuters

The hole truth about money and getting our hands on it

Scarce capital is not political. It’ll go where it achieves the returns it needs. It is clever and selfish. It has to be

Are Sibanye’s gold assets in SA ice cream or dung?

Just for the record: ‘Ghosteen’ the Nick Cave machine

Excerpt from ‘The Educated Waiter: Memoir of an African Immigrant’

‘Betting on a Darkie’ means putting all your chips on black

SPORTS DAY: Injury not a bridge Tau far for Percy

It looked like thin pickings, but SA were in the thick of it

Despite not winning a medal in Doha, this SA athletics team was one of the best to compete in a world champs

Blasts from the past: Durban massacre is SA’s worst home defeat