How horrific is it for an innocent person to be jailed? These men know

Their wrongful convictions may have been eventually overturned, but the scars from a flawed legal system remain

Hospitals are winning hearts and other organs, but more are needed

Boks brace for the unknown against blazing Blossoms

Forget their pre-World Cup win over Japan, in a quarterfinal clash Rassie’s men will meet a very different beast

Be very, very careful when you’re offered a deal over the phone

Telesales are all too often misleading, and there’s no law saying a firm has to give you a copy of a voice recording

No answers, only pain for families of murdered couple

As questions swirl around the roadside killings, their loved ones say the cops have kept them in the dark

How to squander millions: the tale of two broke EC municipalities

In Pondoland, growers have been cultivating the plant for over 200 years, but legalisation has changed their fortunes

They wrote it this week: Some Saxe appeal and strapping strumpets

Star stricken: the agony and ecstasy of working with Judy Garland

A story like no other: the couple who saved 527 Jewish children from death

While researching I uncovered Odette and Moussa Abadi's remarkable act of heroism, and wove it into my new book

I SWEAR, IF YOU DO THAT ONE MORE TIME A priest sprinkles holy water on a dog as part of a religious blessing ceremony to honour Saint Francis of Assisi in Escobedo, Mexico.
Image: Reuters/Daniel Becerril

Lesufi hints at inside job in school robbery

Gauteng education MEC Panyaza Lesufi has described the theft and vandalism at schools as "emotionally draining". This comes after Esithebeni Primary School in Zola, Soweto, was broken into on Friday and criminals made off with items worth more than R3m. “It’s emotionally draining. It’s devastating. But we can’t surrender the future of our children,” said Lesufi. Smart boards, tablets and computers are among the items the robbers got away with. Lesufi visited the school on Saturday after an urgent meeting was convened with parents. “The community is also up in arms. This was one of our best schools in terms of ICT technology. This is a step back, because now learners must go back to using pen and paper,” he said.

Five people were killed in what paramedics said was a "horrific" crash on the N3 between Durban and Pietermaritzburg on Sunday. Two children were among the dead. Rescue Care spokesperson Garrith Jamieson said the accident occurred on the north-bound carriageway of the freeway near Hammarsdale at about 11.30am. Paramedics were greeted by "chaos" on the scene. "A single vehicle had been involved in a collision while carrying 12 occupants. Patients were strewn across the busy national highway," he said. Despite the best efforts of paramedics, five passengers died on the scene. "A further seven occupants sustained injuries ranging from minor to serious and were stabilised before being transported to various Durban hospitals."

The correctional services department in Gauteng has launched an investigation after Leeuwkop prison staff member were caught on camera standing in a queue at a liquor store while in uniform. The images show four officials, two males and two females, queuing at a till. They were first posted by DA councillor Annette Deppe on Twitter. They were later circulated and made the rounds on social media last week. Deppe claimed this was not the first time officials, although not necessarily the same ones pictured in the post, had been spotted in uniform at the bottle store. TimesLIVE previously reported that the national correctional services department was investigating the incident, but it was not stated at the time which prison the officials were from.

Six homemade guns were among close to 200 illegal weapons seized by KwaZulu-Natal police in September. Spokesperson Brig Jay Naicker said on Sunday 168 pistols, seven shotguns, six rifles and six homemade firearms were seized in different operations. The haul included 1,801 rounds of ammunition. "A total of 228 suspects were arrested for being in illegal possession of firearms and ammunition. All firearms that are seized by police are subjected to ballistic tests to establish if they were used in any other crimes within the province," said Naicker. The month-long operation had focused on areas where there was a prevalence of "inter-group conflict, stock theft, taxi violence and other serious crimes".

The Hawks on Friday arrested a 37-year-old man after heroin worth an estimated R4m was found in an upmarket townhouse in the plush Zimbali area, north of Durban. The man was apprehended following a tip-off. “The arrest came after the Hawks received a tip-off about drugs from overseas that were allegedly being kept at and distributed from an unoccupied upmarket townhouse in Zimbali. “The suspect was renting another townhouse not from away the alleged stash house while using the other apartment as a storage facility,” said Hawks spokesperson Capt Simphiwe Mhlongo.

Two men pretending to be police officers were among 128 people arrested during anti-crime operations in Johannesburg at the weekend. Police said in a statement that the operations started on Friday and ended on Sunday morning. The arrests took place in Mondeor, Booysens, Moffatview, Langlaagte, Fairlands, Sophiatown, Brixton and Johannesburg central. The arrests included: Two for impersonating police officers; one for car hijacking; one for possession of an unlicensed firearm; three for kidnapping; five for armed robbery; four for possession of a stolen motor vehicle; three for domestic violence; six for common robbery; and 40 for drink driving. 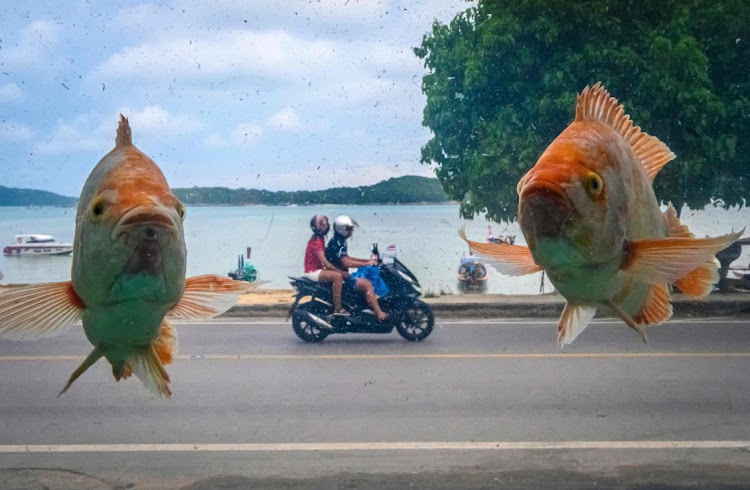 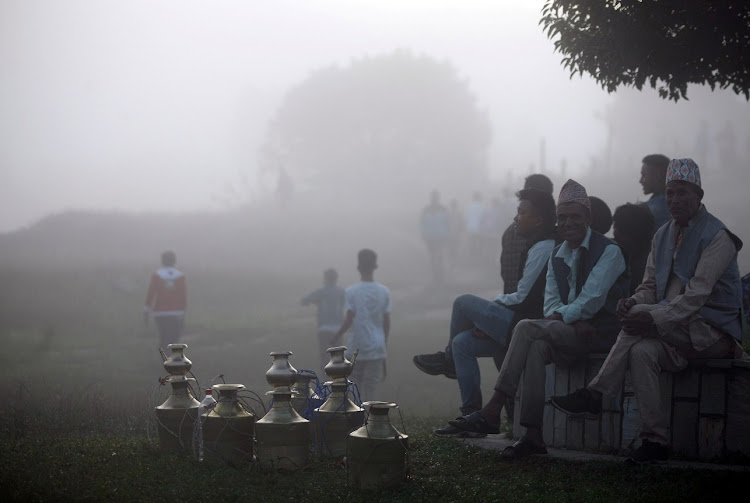 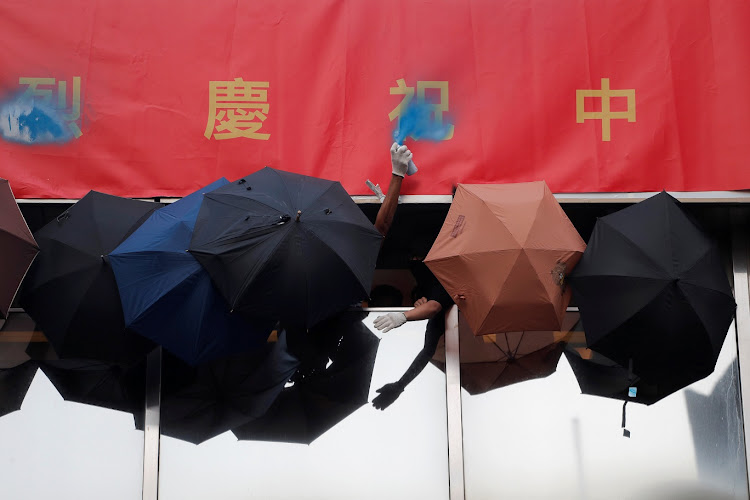 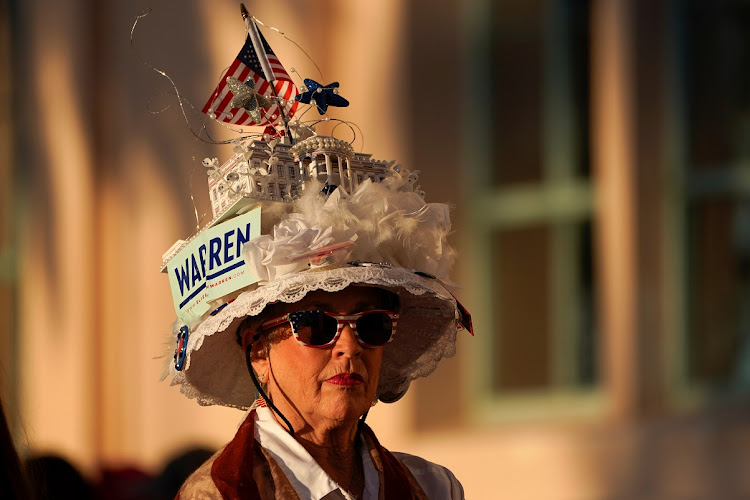 Bling it on: African dictators face crackdown on ill-gotten gains

If forced to delay Brexit, Bojo has a big plan: sabotage the EU

At the site of a key 1863 battle, conflicting views on Trump clash around fears of another war between left and right

What’s worse than Greta’s lot on their wave of juvenile piety?

Even penguins now have plastic

Microplastic have been found in penguins for the first time. The discovery was made in gentoo penguins living on South Georgia, Bird Island, Signy Island and the South Orkney Islands in the South Atlantic. Researchers took samples from the faecal matter of the birds, with tests revealing that 20% contained microplastics. The diet of gentoo penguins often includes a high percentage of Antarctic krill, which implies other predators that eat Antarctic krill could also suffer from microplastic contamination. – Telegraph Media Group Limited (2019)

Highlanders sheikh their fists at ruler

The ruler of Dubai has been accused of trying to “intimidate” his Scottish neighbours over plans to build a hunting lodge on his Highland estate. Sheikh Mohammed bin Rashid al-Maktoum wants to build the six-bed lodge on his 25,500-hectare home in Wester Ross. But neighbours have complained that it will be detrimental to the local community and the beauty of the area, with one resident claiming that the Sheikh’s “persistent attempts” to gain planning permission could only be “put down to intimidation”. – Telegraph Media Group Limited (2019)

Frances faces up to the future

France is to become the first European country to use facial recognition technology that gives citizens a secure digital identity, in a move critics say is premature and puts privacy at risk. President Emmanuel Macron’s government is due to roll out the ID program, dubbed Alicem, in November, after a six-month test phase. However, CNIL, France's data regulator, has warned the program breaches the European rule of consent because it provides no alternatives to facial recognition to access certain services. – Telegraph Media Group Limited (2019)

No way to treat a zebra crossing

Animal rescue services in Germany have been criticised after they shot dead an escaped circus zebra that strayed on to the autobahn. Officials have been forced to defend the use of lethal force amid growing anger over the incident on Wednesday. A spokesperson said the zebra, which had already caused an accident and injured a police officer, was a “clear threat” to public safety. No one was hurt in the crash, but a police officer was injured trying to capture the escaped zebra. – Telegraph Media Group Limited (2019)

A good day for dagga in Oz

Australia will provide A$3m for research on the use of cannabis to help cancer patients, its health minister said on Sunday, as the demand for medicinal cannabis products grows rapidly. While legal in most of Australia, such products are allowed only to patients on the prescription of a doctor, and a licence is required to grow and make medicinal cannabis. - Reuters

Saudi Arabia announced on Sunday it will allow unmarried foreign couples to rent hotel rooms together as the ultraconservative kingdom begins offering up tourist visas for the first time. The tourism authority said Saudi women travelling alone would also be able to check into a hotel by presenting valid ID. In the past, couples wanting to stay in a hotel had to prove they were married. “This is no longer required for tourists,” a statement said. - AFP

Believe it or not, data prices have been falling in SA

Consumers might be feeling the pinch, but it’s all-out war as mobile operators compete for market share

While it bleats about runaway coal prices, Eskom only has itself to blame

With its disastrous move to short-term contracts, and in a current seller’s market, the utility is in a very tight spot

Tyme for a shake-up: banking competition steps up a gear

As newcomers stir things up, one of the flashpoints is loyalty programmes, of which we’re going to see a lot more

Expert tips to help you stay sober this October

Catch cancer early and enjoy the breast years of your life

Early detection of breast cancer, even before physical symptoms develop, is the best way to beat the disease

This is the future of travel ... if only batteries weren’t so damn heavy

Short-haul flights only for the likes of Nasa’s X-plane, which ditches carbon-based fuels such as kerosene

When muscle makes way for magic: Willemse is Boks’ x-factor

The utility back brings variety in attack, which they’ll need when the forwards’ bash-and-go approach fails

Blasts from the past: Bafana lucky to keep out Anelka & co