While SA Rugby worries about 'protecting the organisation', Boks insist they are only thinking about their next game

Etzebeth’s real ‘tournament’ is down here at home

These are the questions Zondo wants Zuma to answer

Woman-headed households are most at risk in a country increasingly fearful of crime, survey finds

Message in a bottle: litterbugs at sea are culprits in pollution crime

Teens who hold off on dating have better social skills and are less depressed, researchers say

Ever wondered why Jesus is worshipped but Superman isn’t?

Are you one of the South Africans fuming over DStv’s recent move?

ALL IN A BLOODY DAY’S WORK Police stand in front of the Treasury building during an Extinction Rebellion protest in London.
Image: Reuters/Simon Dawson

President Cyril Ramaphosa and his Nigerian counterpart Muhammadu Buhari have agreed to set up "early warning mechanisms" to detect hostility between South Africans and Nigerians to avoid recurrences of violence. Buhari travelled to SA for a state visit on Thursday following diplomatic tension between Pretoria and Abuja as a result of xenophobic attacks in Johannesburg last month. While Buhari condemned the violence against Nigerians, Ramaphosa equally pushed that Nigerians living in SA should respect the law. Buhari said police forces and security agencies must be alert and "infiltrate communities" in an effort to avoid violence.

Two SAA flight attendants have appeared in court after allegedly being caught smuggling millions worth of cocaine into Hong Kong. SAA spokesperson Tlali Tlali confirmed the arrests in an interview with the SABC. The man and woman were working on separate flights between Johannesburg and Hong Kong, and were arrested by customs officials. Tlali said they were arrested separately. “Their matters have been before the courts and they remain in custody at the moment.” The South China Morning Post, without naming an airline, described the bust as the “largest haul of its kind in the past decade”. The customs and excise department in Hong Kong said on September 25 that officials seized about 18.3kg of suspected cocaine, with an estimated market value of nearly R46m, on September 22 and September 24.

A 34-year-old man was expected to appear at the Kempton Park Magistrate's Court on Thursday for alleged possession of lion bones. The man was arrested during a sting operation after crime intelligence issued an advisory about a truck headed to OR Tambo International Airport on Tuesday. Gauteng Hawks spokesperson Capt Ndivhuwo Mulamu said a search of the consignment “led to the recovery of 12 boxes filled with what was later established to be lion bones reportedly destined for Malaysia”. The man was charged with contravening the National Environment Management: Biodiversity Act.

The SA Human Rights Commission will approach the Equality Court to take action against Freedom Front Plus Limpopo leader Marcelle Maritz, who allegedly used the k-word when referring to a local church. The commission expressed concern at recent alleged utterances attributed to Maritz, who is also a member of the Limpopo legislature. Maritz was captured on video describing the place of worship as the "church without k****rs". The DA laid a criminal charge against Maritz last week. "The SAHRC is of the view that the clip attributed to Ms Maritz, on a prima facie basis, amounts to hate speech," the commission said.

Two police officers were shot dead during a shootout with members of the National Intervention Unit (NIU) in KwaZulu-Natal on Thursday. Police spokesperson Brig Vishnu Naidoo said the incident occurred in the Dalton area, about 49km from Pietermaritzburg. At about 2.30am officers saw a police patrol vehicle and tried to flag it down. “Instead of stopping, the sergeant from the patrol vehicle allegedly opened fire on the team, which had to return fire,” said Naidoo. He said both police officers in the patrol vehicle were killed. Various items, including an angle grinder, a jackhammer and ink-stained cash were found inside the vehicle. “It is believed that the cash may have been stolen from the Dalton Post Office last night [Wednesday],” said Naidoo.

A 25-year-old woman has appeared in court on charges of child stealing following an incident at Chris Hani Baragwanath Hospital in Soweto. A woman’s screams rang out at the hospital, sending security guards running to the women's bathroom to see what had happened. There, they allegedly found a woman being “strangled”, and her child in the process of being snatched. The incident, which took place last week Wednesday, left hospital staff reeling.

GroundUp News posted a shocking video of a Shoprite cashier being 'assaulted'. The footage is from Shoprite's CCTV cameras. Zimkhitha Xhalabile, who is eight months pregnant, was 'assaulted' by a male customer in a store in Strand, Cape Town. Shoprite has banned the customer from its stores. Xhalabile had just closed her till on September 9 when a customer demanded he be served. 'The closed sign was there, he removed it and said I had not left, I must assist him,' she told GroundUp. 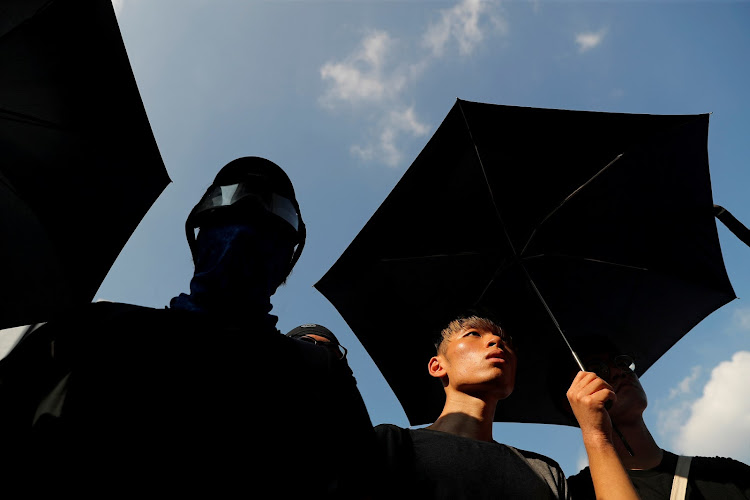 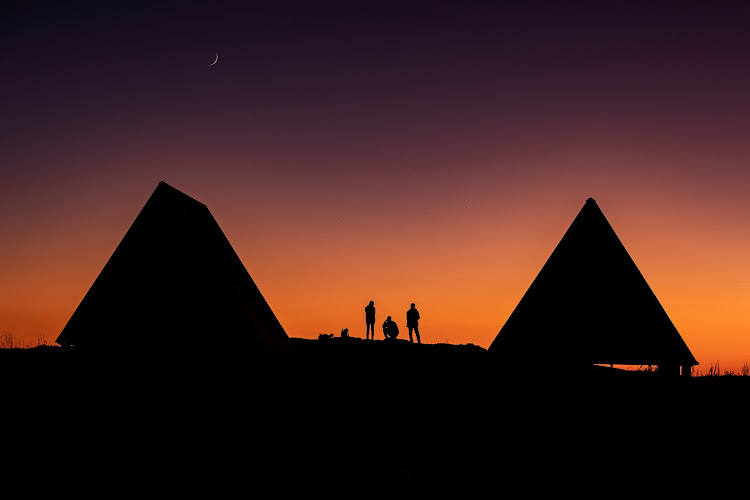 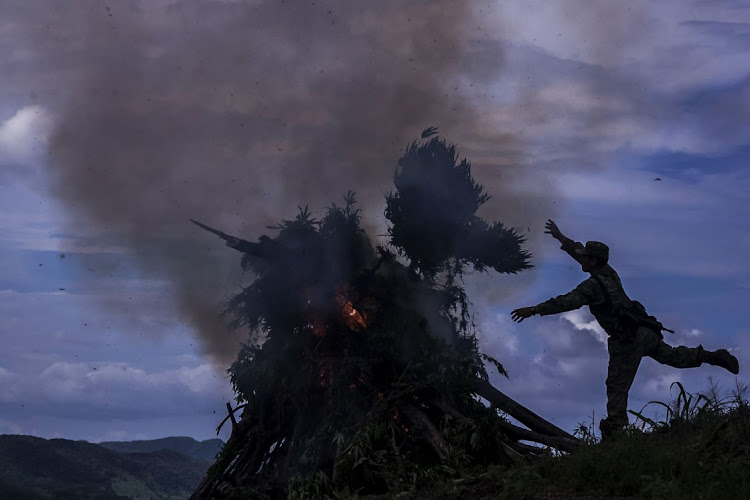 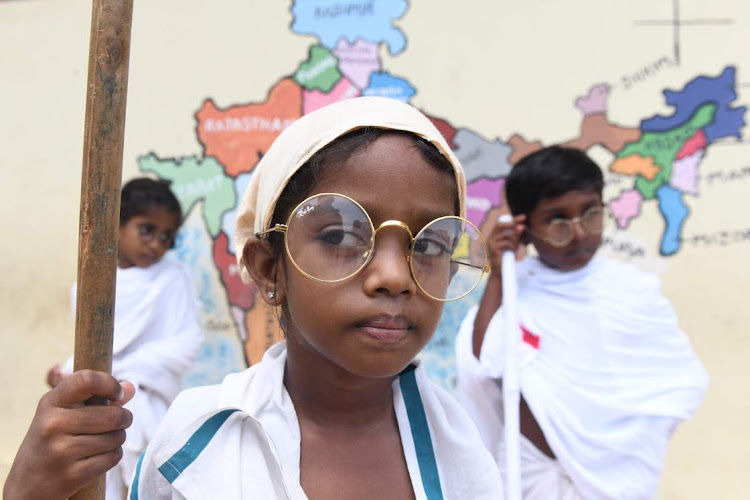 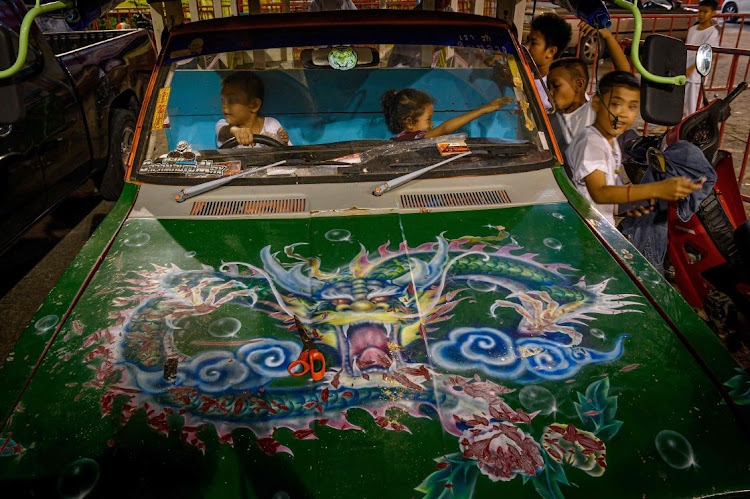 Johnson is front and centre, and EU is behind if it still won’t see that

There is a high chance that, over the coming days, Brussels will overplay its hand once again

Having gone back to doing what they do best, there's a degree of quiet swagger in big tech's silver fox

When the Aussie star spotted the fire over the road, he sprang into action - wearing only his underpants

TORCH THE SKY A 67m-high effigy of demon king Ravana is installed in the early morning during preparations for upcoming Hindu festival Dussehra on the outskirts of Chandigarh, India
Image: Reuters/Ajay Verma

A Russian man has filed a lawsuit against Apple for moral harm claiming that an iPhone app had turned him gay, according to the complaint. The man is asking for one million rubles (R227,300) after an incident in which a cryptocurrency called “GayCoin” was delivered via a smartphone app, rather than the Bitcoin he had ordered. It arrived with a note saying “Don’t judge until you try”, according to the complaint. “I thought, in truth, how can I judge something without trying? I decided to try same-sex relationships,” the complainant wrote. “Now I have a boyfriend and I do not know how to explain this to my parents … my life has been changed for the worse and will never become normal again. Apple pushed me towards homosexuality through manipulation. The changes have caused me moral and mental harm.” Apple in Russia did not immediately respond to a request for comment. - AFP

Close but no apology for Maori

Britain has expressed regret for the deaths of Maori people at the hands of explorer Captain James Cook in 1769 - but stopped short of an apology. The statement of regret was made by Laura Clarke, British high commissioner to New Zealand, in two private meetings with local tribes, or iwi, in Gisborne, a town near the site of Cook's landing on the North Island. During the first encounter between Cook's men and the Maori, on the east side of Turanganui River, a leader from the Ngati Oneone group was shot and killed almost at first sight. At least eight other Maori were believed to have been killed. Iwi groups described her expressions of regret as sincere but also indicated they were just the beginning of a healing process. – © Telegraph Media Group Limited (2019)

Another big boom at Chernobyl

Ukraine has opened to the public the control room of Chernobyl reactor four, the epicentre of the worst nuclear disaster in history, amid a tourist boom. It was in this room in April 1986 that Soviet engineers shut down cooling pumps as part of a test. It triggered an uncontrollable reaction followed by an explosion and fire that killed at least 54 people and exposed hundreds of thousands to harmful radiation. Now, those brave or foolish enough to venture inside can catch a brief glimpse of the scene, where about 200 tons of radioactive fuel still remains. Such is the fear of radiation leaks from the increasingly unstable steel-and-concrete sarcophagus erected by accident "liquidators" that a 108m, 36,000-ton steel arch, the world's largest moveable metal structure, was built over it in 2016 at a cost of £1.3bn. – © Telegraph Media Group Limited (2019)

Cheek-piercing and chickpeas - now it's a party

Sticking samurai swords, steak knives and even the sharpened handles of badminton racquets through their cheeks, devotees of Thailand's vegetarian festival go all out during an annual event that is both gleeful and gory. Held on the tourist island of Phuket, the nine-day Taoist "Nine Emperor Gods" festival was in full swing on Thursday after kicking off at the end of September. As firecrackers exploded and traditional music blared from speakers, hundreds of participants marched down streets showcasing a dizzying variety of piercings. One man managed to put almost a dozen knife blades through his right cheek, while another held a pole with a diety that went through his lower lip. Skewers connected to model ships, a bouquet of orchids and pieces of fruit were also put to use. – AFP

Well, if it gets you off the couch …

Tens of thousands of Pokemon Go fans descended on a Taiwan park on Thursday hoping to catch a rare "Heracross" and other elusive virtual creatures from the popular game. The four-day Pokemon Go Safari Zone in New Taipei City is expected to attract up to half a million fans of the cute fighting creatures. Pokemon Go has sparked a global frenzy since its launch in 2016 as users of the gaming app hunt for virtual cartoon characters overlaid on real-world locations using augmented reality technology. " It's a hobby and a form of exercise," said Chuang Jung-chung, 66, accompanied by his wife and another retired couple. Among their quarry are the blue Heracross, which resembles a rhinoceros beetle and is unique to the Taiwan event, and the eyeball-shaped "Unown". – AFP

A spot of wombat stoning … as you do in Oz

An Australian police officer is being investigated after an online video appeared to show him stoning a wombat to death, police said on Thursday. The video shows a shirtless man pursuing a slow-moving wombat down a dirt road, throwing rocks at it as another man films the nighttime encounter from a car and calls out encouragement. After giving a thumbs-up to the camera, the first man strikes the marsupial at least three times before it falls to the ground and stops moving. The man raises his arms in victory to the driver, who responds with a laugh: "Oh no, you killed him, bro." Squat and furry, wombats are small burrow-dwelling marsupials that are largely nocturnal and walk on all fours. They are a protected species across Australia. National broadcaster ABC reported South Australia police commissioner Grant Stevens had said the matter would be dealt with internally. - AFP

Net1 took a R1.9bn hit on its Cell C stake, and revenue fell 41% as its controversial social grants deal expired

Careful, or you’ll be laughing on the other side of your face

Cops on the lookout for funny business at ‘Joker’ screenings

Blasts from the past: Lambie saves the Boks