I did no dodgy deeds and I can prove it, says Nathi Mthethwa

Ex-police minister hits back at claims around Richard Mdluli, security upgrades at his home and the Cato Manor probe

It is not a progressive study option, but a way to channel poor, black and working-class kids out of the system

Harmful African cultural, social and political beliefs - old or recently invented - have to be jettisoned

Study reveals why Saffers die – and it makes for shocking reading

Tall, dark and lonesome is the secret to necking a giraffe

Darker males are less social than their lighter-coloured counterparts, but score mates easily in comparison

You may not have the heart to read this, but SA dies young

An increasing number of people under 65 are dying from heart-related disease, according to new findings

YOUR CASTLE ISN'T TOO SHABBY EITHER, MR PRESIDENT The Duke and Duchess of Sussex meet President Cyril Ramaphosa and his wife, Tshepo Motsepe, at the president's official Pretoria residence on day 10 of their African tour.
Image: Toby Melville/Pool/Getty Images

Bok to be tackled in court over ‘racist’ clash

The SA Human Rights Commission wants to charge Springbok Eben Etzebeth in the Equality Court, after he was accused of racially abusing and assaulting a homeless man in Langebaan, Western Cape. The alleged incident occurred only weeks before Etzebeth left for the Rugby World Cup in Japan. He denied the allegations. "The commission will institute legal proceedings against Mr Eben Etzebeth in the Equality Court on Friday, October 4 2019. This follows a complaint received by the commission in August 2019, in terms of which it is alleged that the Springbok player physically and racially abused the complainant in Langebaan during an altercation. The commission will also hold a public meeting in Langebaan on Thursday, October 3 2019, to report back on progress made in dealing with this complaint," the commission said.

No decision on Catzavelos’s bid to sink case

Adam Catzavelos, who caused an uproar after using the k-word in a video, is yet to hear the outcome of representations he made to have the case against him dropped. Catzavelos appeared in the Randburg Magistrate’s Court on Wednesday. His case was postponed to November 12 for a response from the national director of public prosecutions. He is arguing that the criminal case against him should be dropped because the video was shot abroad and a court in SA did not have jurisdiction. Prosecutor Dinesh Nandkissor told the court that after unsuccessfully making representations to the Gauteng director of public prosecutions, Catzavelos headed to the NDPP. Catzavelos is out on a warning. He agreed to pay R150,000 in August for using the racial slur after the Human Rights Commission took him to the Equality Court.

Police have arrested more than 30 alleged illegal miners during a crime-prevention operation in Krugersdorp. Police spokesperson Capt Kay Makhubela said the operation was conducted in the Krugersdorp Old Gold Mine in West Village at about 10am on Monday. Four miners, aged 30 to 35, had been found in possession of unlicensed firearms and ammunition of different calibres, including an R5 rifle, an R1 rifle, a shotgun and explosives. Makhubela said the area was known for illegal miners who terrorised residents at night. The suspects are expected to appear in the Krugersdorp Magistrate's Court on Thursday.

Violent protests in which motorists were stoned, trucks set alight and roads closed have been "temporarily suspended" in and around Dunoon in Cape Town after taxi bosses apologised to residents in the affected area. Protest action, allegedly orchestrated by illegal minibus taxi operators, shut down the N7 highway and the road past Dunoon sporadically for almost a week. Passing vehicles were stoned and five schools in the area were prevented from opening. The army rolled into the area on Tuesday to help police and metro police crack down on crime. Ward councillor Lubabalo Makeleni said pressure from residents ultimately forced the taxi operators to bring the chaos to a halt. "Taxi owners basically apologised for the inconvenience and the community accepted," he said. Stakeholders in the dispute could now work towards finding a resolution.

Man gets 25 years for torching bus

One of the four men linked to the deadly 2018 petrol bomb attack on a bus full of mineworkers has been sent to jail by the Polokwane High Court. Kgaugelo Moime, 30, was found guilty of six counts of murder and 48 counts of attempted murder. He was sentenced to 25 years for each count of murder and 10 years for each count of attempted murder. He pleaded guilty, said Limpopo police spokesperson Col Moatshe Ngoepe on Wednesday. The attack occurred on the evening of April 2 2018 when workers were on a bus to the Modikwa platinum mine in Driekop outside Burgersfort when it stopped to collect others. People pretending to be mineworkers got on and set it alight. Six workers were burnt beyond recognition. Other passengers escaped with injuries. Three co-accused will have their trial in April 2020.

CemAir ‘back in business soon’

CemAir planes could take to the skies again soon, according to the airline’s managing director Miles van der Molen. The airline’s operations were suspended in December due to what the Civil Aviation Authority (CAA) called “concerns over the systematic failure of the airline’s maintenance controls”. The CAA said CemAir had been unable to prove the “continued airworthiness” of its fleet of 21 planes. Four months ago the civil aviation appeal committee set aside the two grounding notices. But the fleet has remained on the ground while the airline has been made to “jump through hoops” by the CAA, Van der Molen said. “We must be the safest airline in the world by now,” he said. Asked whether he thought his planes would be carrying passengers by Christmas, he said: “Definitely. In fact, we’re hoping that's going happen within the week.” It would be a scaled-down version of its previous operation.

A man shopping for a cooldrink at a local shop has been dubbed a hero for saving a shop owner from a panga in Cape Town on September 26. The shop owner was attacked by a robber pretending to be a customer. Werner Pierre Raal then stepped in to help and gave the robber a series of blows with a metal rack. 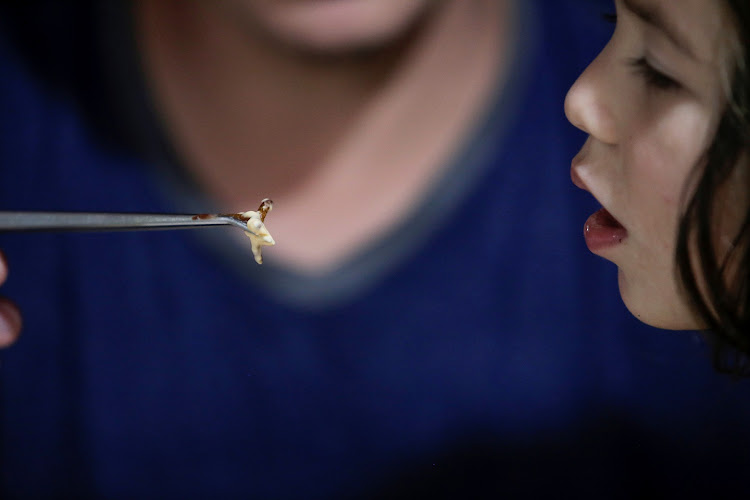 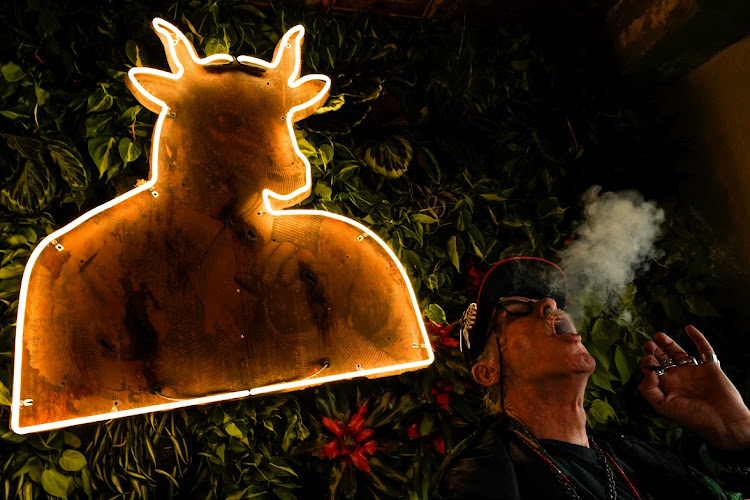 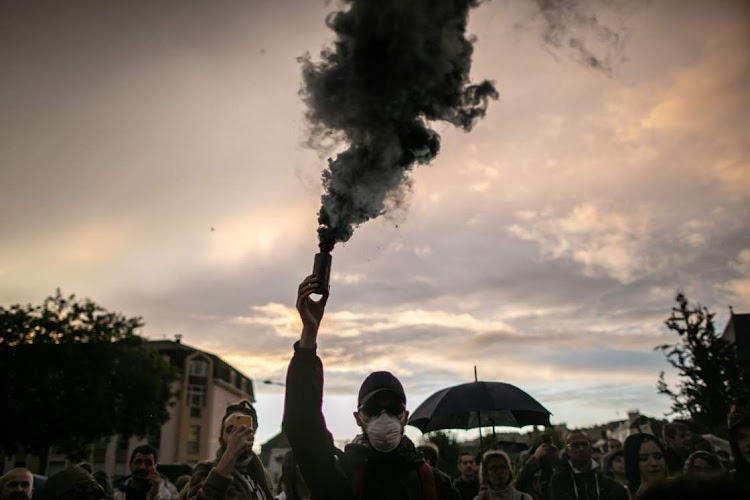 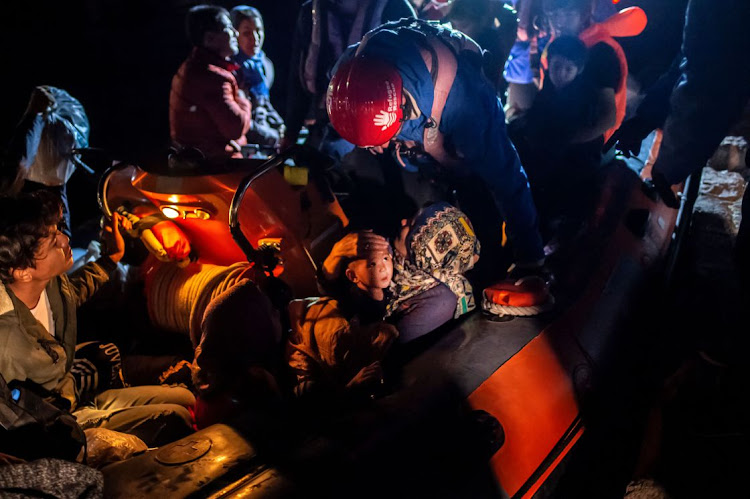 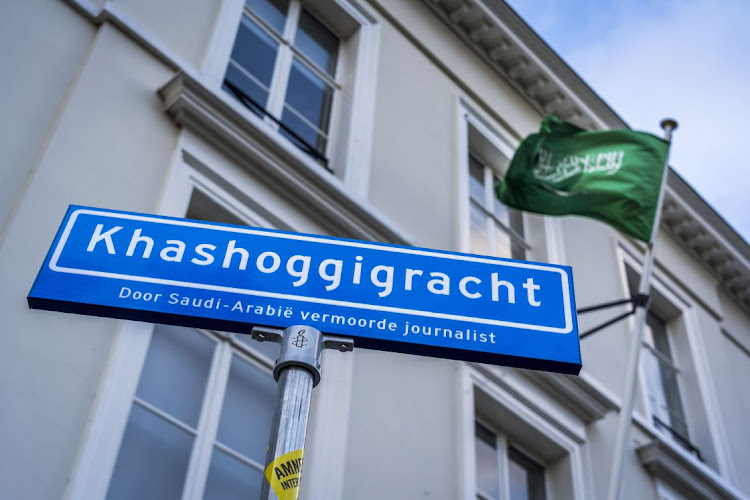 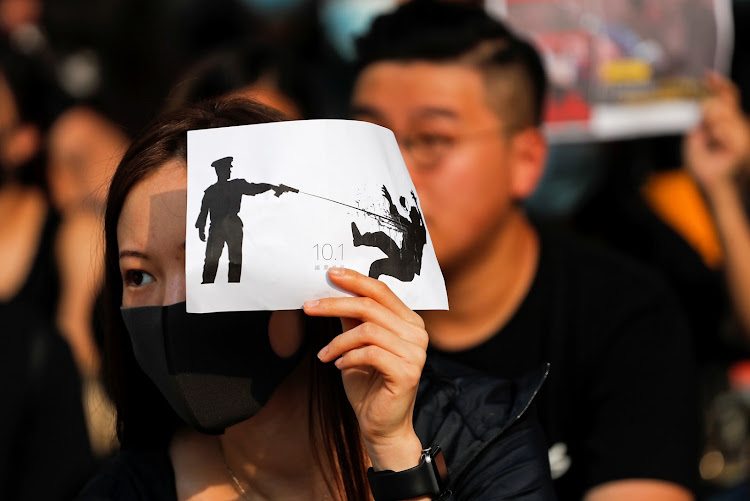 As experts warn of AI escaping our control, one man is set on stopping the machines taking over

Crucifixes and pork-free pasta: what really gets Italians riled

Arresting looks: Russian protest fury is all the rage

From tees and scarves to bags and passport covers, creative Muscovites are cashing in on the action on the street

A special ship designed to clean the oceans has harvested its first plastic from the Great Pacific Garbage Patch since setting sail from San Francisco last month. The project by The Ocean Cleanup, a Dutch non-profit group, involves a supply ship towing a floating boom that corrals marine plastic with the aim of cleaning half of the infamous patch within five years. The Maersk Launcher ship sailed from San Francisco on September 9 for trials on cleaning the patch, a floating trash pile twice the size of France that swirls in the ocean halfway between California and Hawaii. It was towing a 600m-long boom device aimed at containing floating ocean plastic so it can be scooped up and recycled. — AFP

In every dream home, a Banksy installation

Banksy has set up a ‘homewares’ store in a south London suburb, displaying politically-provocative pieces such as the Union Jack stab-proof vest he designed for British rapper Stormzy. The anonymous British street artist from the western English city of Bristol opened ‘Gross Domestic Product’ in Croydon, saying it was ‘where art irritates life’. Other installations include a ‘Met Ball’ home entertainment lighting system made from a mirrored police riot helmet and a ‘Baby Mobile’, a crib flanked by security cameras, designed to ‘prepare your baby for a lifetime of constant scrutiny both state sanctioned and self imposed’. — Reuters

The US military said on Wednesday it had tested an unarmed Minuteman III intercontinental ballistic missile equipped with a re-entry vehicle from a base in California across the Pacific Ocean. Launched from Vandenberg Air Force Base the re-entry vehicle travelled 6,750km across the Pacific Ocean to the Kwajalein Atoll in the Marshall Islands, the Air Force Global Strike Command said in a statement. ‘Test launches are not a response or reaction to world events or regional tensions,’ it said. North Korea became the latest entrant to the ICBM club in 2017 when it tested the Hwasong-15, which analysts say is capable of reaching the whole US mainland. — AFP

Poms: We Endeavour to be nicer next time

Britain’s envoy told New Zealand’s indigenous Maori on Wednesday that Britain regretted the killings of nine of their number immediately after explorer James Cook landed in the territory 250 years ago. At a ceremony marking the delivery in person of a ‘statement of regret’ to local Maori tribal leaders ahead of the anniversary of Cook’s arrival, high commissioner Laura Clarke did not offer a formal apology. Cook’s ship, the Endeavour, landed on October 8 1769. The expedition got off to a disastrous start when a tribal leader, Te Maro, was shot and killed by one of Cook’s men. Historians say the Maori may have been performing a ceremonial challenge that the Europeans took to be an attack. — Reuters

The US has blocked the import of goods suspected to have been made with forced labour from five countries, including clothing from China and diamonds from Zimbabwe, following a rare crackdown on slave labour abroad. The US Customs and Border Protection said it seized five different products this week based on information indicating the goods were made using slave labour overseas. The items included rubber gloves made by a company in Malaysia, gold from artisanal mines in Democratic Republic of Congo, clothes produced by a firm in Xinjiang, China, diamonds from the Marange Diamond Fields in Zimbabwe, and bone black - charred animal bones — manufactured by a business in Brazil. — Reuters

Prime Minister Narendra Modi was set to declare India ‘open-defecation free’ on Wednesday but despite huge progress there was scepticism about his bold claim. Experts say millions still lack access to a toilet, and that because of old habits many of the tens of millions of the new facilities that have been built are not even being used. Modi made his ‘latrines for all’ pledge when he first took office in 2014. The government claims to have built almost 100 million toilets in the past five years. In March, his administration said fewer than 50 million people now relieved themselves outside, down from 550 million in 2014. Many of the toilets that have been constructed are not being used and it is not unusual for them to be locked, used for storage, or some other purpose. — AFP

It’s worth advertising that some stocks really are worth buying and holding forever, as Allan Gray proved

How it must burn the other operators to see Telkom fly

The day Meghan got into Tshepo’s pants

The Duchess of Sussex gets to wear one of the coolest denim brands in our land (and one day, so will Archie)

‘Floating, Flying’ into the Africa of the surreal

Project by the Artists Xchange mixes together creative minds from Turkana, Karamoja, Kampala and Nairobi

SPORTS DAY: SA could have done with a bit of Steyn magic

Percy Tau: Are Brighton hip to just how good this guy is?

Would Tau want to swap the glitz of the Champions League for the hard life in England?

Blasts from the past: Scotland drilled 46-29 at Murrayfield