The kidnapping ordeal has also left the six-year-old too frightened to go to school, court hears

Mobile money ban: Zim ‘has cut consumers off at the knees’

They’re always slow off the Marx, but Blade and Co might finally leave ANC

The SACP might just have mustered enough secessionist resolve, in typically bizarre fashion

They were hired at great cost but spent a lot of time shopping instead of in the office, Zondo inquiry hears

First it refused to start, then it was ‘stolen’ from the dealership, then she had to still pay for it as ombud dithered

A private firm squared off with the minister of water and a provincial entity over exorbitant tariffs, and won

Companies fight to get customers on to their sites, but then don’t bother to make those sites user-friendly

UNSETTLED Lebohang Selai carries her son, Junior, on Tuesday at the Pomona informal settlement in Kempton Park, east of Johannesburg, following a shack fire that destroyed the homes of about 900 people on Monday night.
Image: Alaister Russell

Finance minister Tito Mboweni has declined to say whether the tax inquiry into Bosasa affairs would be extended to investigate a donation the company made to then ANC presidential candidate Cyril Ramaphosa's CR17 campaign, citing confidentiality. Mboweni said that according to the law governing tax administration, a tax inquiry was private and confidential and the same law prohibited the disclosure of a taxpayer’s information. He was responding to a written parliamentary question from DA leader Mmusi Maimane, who wanted to know the terms of reference of the SA Revenue Service tax inquiry into Bosasa and persons associated with the company. He also wanted to know whether the inquiry would investigate the R500,000 donation made by Bosasa to the CR17 campaign, and whether this was declared for income or donations tax.

Help will be given to about 900 people left destitute after a fire swept through the Pomona informal settlement in Kempton Park on Monday night, Ekurhuleni mayor Mzwandile Masina said. The city’s emergency services said more than 200 shacks burnt down. “We are now in a better position to help the community, so we’re calling for calm, calling for them to allow us to work with them,” said Masina on Tuesday afternoon, shortly after a walkabout at the settlement. He said the national government had allowed the city to use the disaster grant fund to help affected residents. He assured residents the situation would return to normal by the weekend.

Nearly 300 dead after being hit by trains

A total of 284 people were killed after being struck by trains on SA’s railway tracks in the 2018/19 financial year, transport minister Fikile Mbalula said on Tuesday. They were among 519 people who were hit by trains between April 1 2018 and March 31 2019, with the other incidents resulting in injuries, he said. This was a 12% decrease from the previous reporting period. Gauteng, the Western Cape and KwaZulu-Natal accounted for the bulk of these. Mbalula was speaking shortly after releasing the annual railway State of Safety report, published by the Railway Safety Regulator, in Cape Town. “We cannot sit back and fold our arms while the state of safety in our railways remains dire. We must redouble our efforts to turn the tide and ensure that the massive investments in rail infrastructure result in tangible improvements in safety,” he said.

SA National Defence Force troops deployed on the Cape Flats arrived in Dunoon in Cape Town on Tuesday to carry out "targeted operations" against crime in the area - where disgruntled taxi operators have been leading violent protests for days. Police said the deployment of the military was directed at crime, not the protests. Protests in the area, and the nearby Joe Slovo area, have simmered for days, with cars being stoned, roads barricaded, bus stations targeted and at least one bus and a truck set on fire. The protest is the result of a standoff between some taxi bosses and the city council, which refuses to budge on demands for allocated transport routes and the scrapping of fines. "Integrated forces attached to Operation Lockdown are busy with targeted operations at the Table View and Dunoon taxi ranks," said police spokesperson Capt FC van Wyk.

Mourners pelted police with stones when they tried to arrest a group of men who allegedly fired a volley of gunshots during a funeral in Mpumalanga, outside Pietermaritzburg, on Sunday. According to SAPS spokesperson Brig Jay Naicker, police were monitoring the funeral of an alleged drug dealer at Mophela cemetery when shots were fired in what was believed to be a gun salute. “The police officers heard the gunshots during the funeral and they responded. While police attempted to disarm the perpetrators, a group of mourners pelted the officers with stones and other objects, obstructing them from executing their duties,” said Naicker. Police were unable to arrest the alleged perpetrators but recovered four unlicensed firearms, including an AK-47 assault rifle, an R1 rifle and two pistols, as well as ammunition. The guns were taken for ballistic tests to establish if they were used in any other crimes.

Contingency plans have been put in place to deal with the threat of firefighters refusing to work their standby hours in Cape Town. This comes after the SA Municipal Workers’ Union said that firefighters would only work from 8am until 4.30pm. The union claimed firefighters were not paid for overtime work, but the city disputed this. Last week, firefighters took to the streets to demand overtime pay. Richard Bosman, executive director of safety and security for the city, said critical fire stations had been identified where a minimum level of service would still be available. Should workers refuse to work overtime, the city would redeploy staff on duty to critical fire stations, call on day-shift staff on the standby roster to man critical vehicles, and call on staff on their rest days to make up shortfalls. The city would also call for assistance from neighbouring municipalities.

A tyre struck a scooter rider twice inside a tunnel in eastern China's Zhejiang Province on September 25 after falling from a truck. The rider was reportedly not injured. 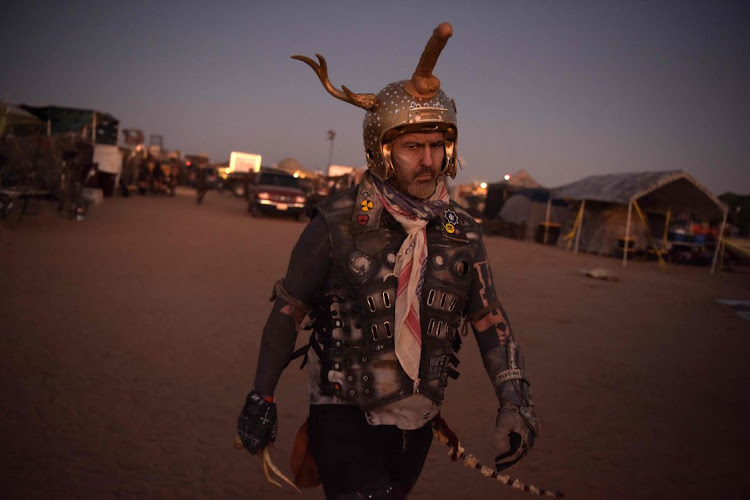 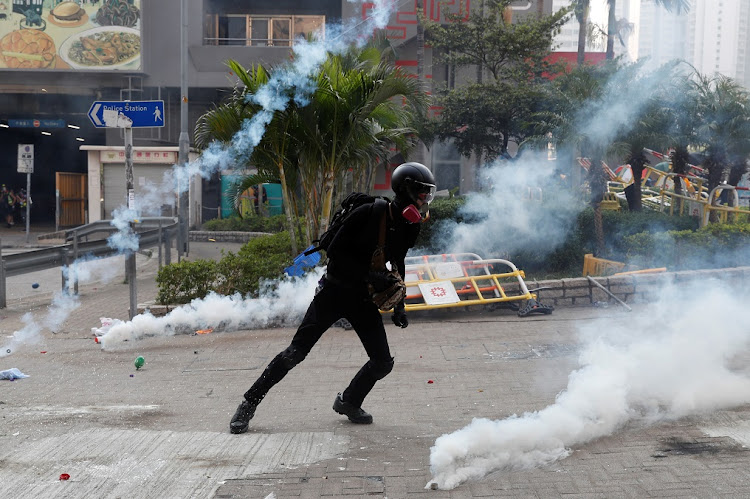 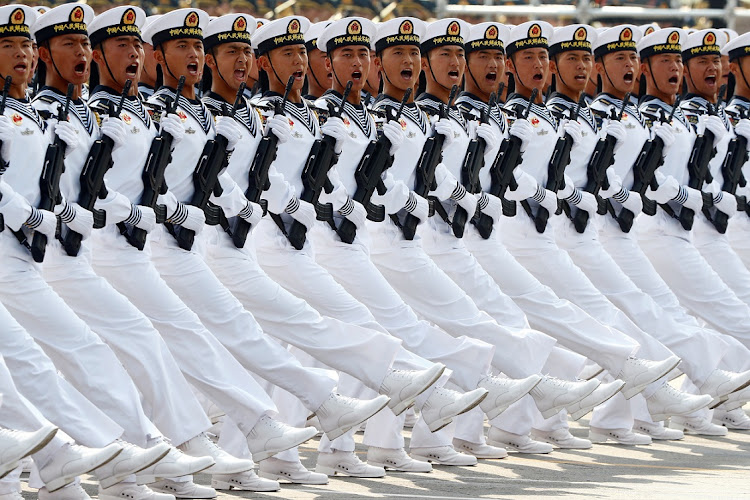 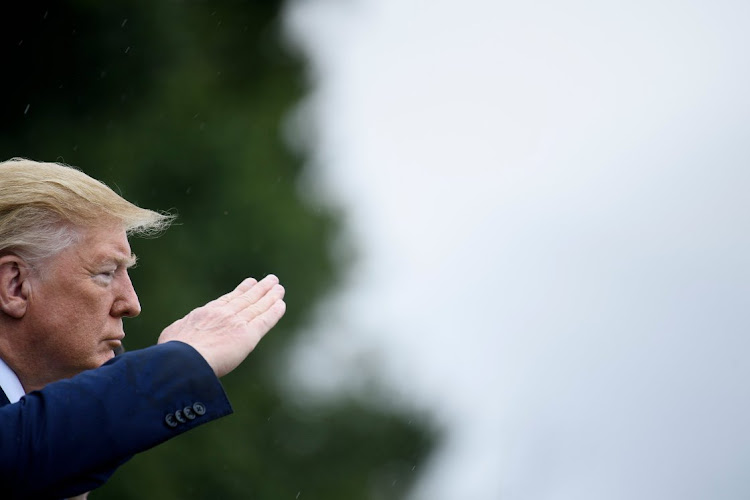 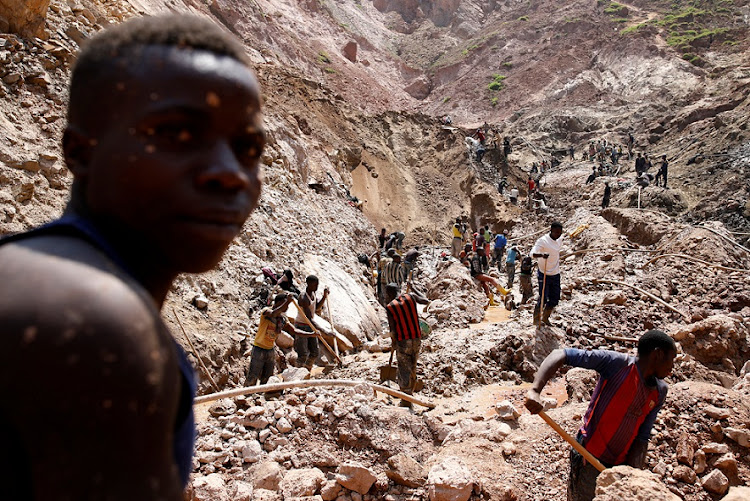 Harry on Africa: I may sound a bit hippy, but it’s not about ‘them or us’

By The Duke of Sussex
4 min read
World

Researchers question the idea that it causes cancer, diabetes or heart disease, but other experts have hit back

Urban creep: now Big Brother zeroes in on your heart and your gait

In what critics call a privacy epidemic, recognition tech is a huge market, but it’s not just CCTV that’s clocking you

DETERMINED A primary school pupil gets off a bus as she arrives to a school that uses a new unified Somali curriculum in Mogadishu.
Image: Reuters/Feisal Omar

Look what the Chanel catwalk dragged in!

Supermodel Gigi Hadid confronted a gatecrasher at Chanel’s Paris Fashion Week show after the woman walked unchecked on to the catwalk with the models for the big finale. With security guards left floundering, Hadid confronted the gatecrasher, with the two facing off on the set. Marie Benoliel, a French comedian and YouTuber known as Marie S'Infiltre, later claimed credit for the stunt. – AFP

The parade is for you, China, but you can’t see it

Central Beijing was put on lockdown so the military parade could file past Tiananmen Square. The People’s Republic was marking 70 years since its founding. Security staff near the city’s military museum turned away members of the public who wanted to watch the spectacle. Even access to screenings of the festivities at select movie theatres was restricted. – AFP

A Dutch appeals court in the Hague ruled a lawsuit brought by five Indonesians who hold the Netherlands responsible for the execution of their fathers by Dutch soldiers in 1947 must be heard. The Dutch state has claimed the acts in its former colony had happened too long ago for it to be held responsible. But the court rejected this, citing the exceptional level of violence and the extent to which the Dutch state is culpable. – Reuters

‘Fake news’ law passed, but is it genuine?

Singapore is about to introduce a law against ‘fake news’, but rights groups have warned it may stifle free speech, and opposition politicians have said it could give the government too much power as elections loom. The law was passed earlier this year after a public consultation. It will take effect on Wednesday, according to a government notice. – Reuters

A Hong Kong police officer shot a protester in the chest with a live round after his unit was attacked by demonstrators during clashes in the city. Two videos posted online showed the shooting, in which riot police can be seen clashing with about 12 masked protesters, some of whom were using umbrellas and metal poles to strike the officers. One officer fired at near point-blank range into the chest of a demonstrator. – AFP

Vaping-related illnesses cause 13th US death

Nebraska reported one death from a mysterious lung disease associated with the use of e-cigarettes, joining 10 other US states to report fatalities. There have been 12 deaths and 805 confirmed and probable cases so far. The Centre for Disease Control and Prevention last week urged people to not use e-cigarettes with marijuana ingredient THC, as data suggests the component may play a role in causing the illness. – Reuters

OneLogix: Winning a bruising game of truck and haul

As the large banking groups close some of their branches, Capitec plans to do the opposite

Contrary to popular belief, making one of these light French delights is not as difficult as you may think

Make your own pasta: Don’t gnocchi it till you’ve tried it

A love letter to Plett

I was blown away by the beauty of the beach town

‘Ouch, but Japan’s win was great for Rugby World Cup’

Blast from the past: Flashy ton by Faf helps scupper Aussies