The state is to blame for SA’s pricey medical aid. This is why

Competition Commission lists the reasons why the government has failed, and what it should do to fix things

The DA is drowning in a soup of politics, patronage and predators

Amid all the noise, we have to ask the DA: is that it? A sponsored Fortuner, and maybe a rental in the burbs?

My body, my choice, my art, so no more painting with the shame brush

As SA women’s right to abortion comes ever more under threat, these artists are highlighting the issue

NEAT STRIDES Workers clean a red carpet before a wreath-laying in Tiananmen Square, Beijing, marking the 70 years since the founding of China.
Image: Reuters/Thomas Peter

The Al Shuwaikh, the controversial ship that has been docked in East London harbour for 11 days, has been given a clean bill of health to export sheep to Kuwait. There was some confusion on Monday whether a final export permit had been granted, but that is only expected to take place later in the week, pending the department of rural development and agrarian reform's veterinary services giving final sign-off on 61,000 sheep meeting the required health standards for export. Department spokesperson Ayongezwa Lungisa said the vessel “met all the requirements” to transport the sheep. Lungisa said veterinary services had been dispatched to ascertain if the sheep were carrying diseases or ticks and had the necessary vaccinations. Should the animals be found to be in order, an export permit could be granted later this week.

Parts of the Drakensberg were sprinkled with snow on Monday, with more expected on Tuesday. The SA Weather Service said the southern part of the mountain range received light snow on Monday. “We haven’t seen anything above 2cm. We have on and off snowfall the entire day for Lesotho and the southern Drakensberg,” said forecaster Wayne Venter. “It looks like some good snowfall in the northern and northeast Drakensberg, on the KZN border side.” Venter predicted 10cm-15cm of snow for Monday, while more was expected in the same region on Tuesday. It would be colder over the interior of the province, with temperatures falling to between 13ºC and 16ºC on Monday.

"Fed-up” residents dumped their rubbish on the Newcastle municipal office’s doorstep after receiving notice that refuse collection was on hold. “I don't think that anyone would be picking it up because the refuse workers are on strike,” one resident said on Monday. The northern KZN town has been plagued by a municipal strike which left residents without services. “We are just fed up. There are no services in this town. Our rubbish is piling up. It felt good to dump those bags," another resident said. On Friday, the municipality said on Facebook refuse collection was “currently on hold” due to unplanned industrial action. Municipal spokesperson Dumisani Thabethe could not be reached for comment.

Fourteen people, including a doctor, were arrested in Ekurhuleni for speeding over the weekend. They were nabbed in various operations. Three drivers were arrested for allegedly doing between 140 and 160km/h on the N3 south on Friday. On Saturday, five drivers, including a doctor, were arrested in the Boksburg area, between the Griffiths on-ramp and the N12 bridge southbound. The 32-year-old doctor allegedly clocked 229km/h in a white BMW, claiming he was rushing home. The other four were nabbed for allegedly doing between 150 and 160km/h, saying they were late for work. On Sunday morning six people were arrested on the N12 east, between the Reading interchange (R59) and the Voortrekker off-ramp.The drivers allegedly clocked between 161 and 181km/h. All 14 were charged with reckless and negligent driving and are expected to appear in the Palmridge and Boksburg magistrate’s courts.

Police are investigating a case of robbery after CCTV footage captured a man being robbed of his R50,000 Rolex watch at a McDonald's outlet in Boksburg on September 25. 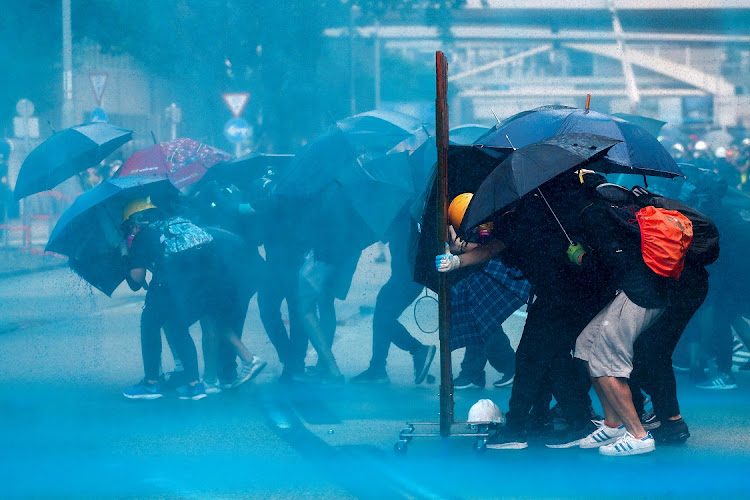 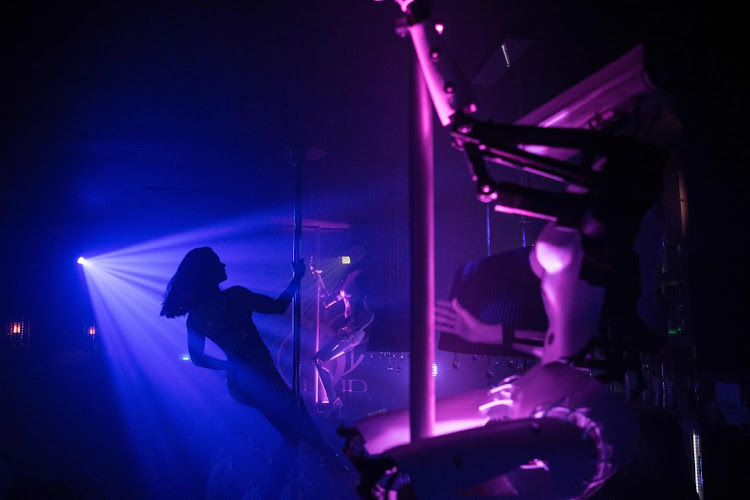 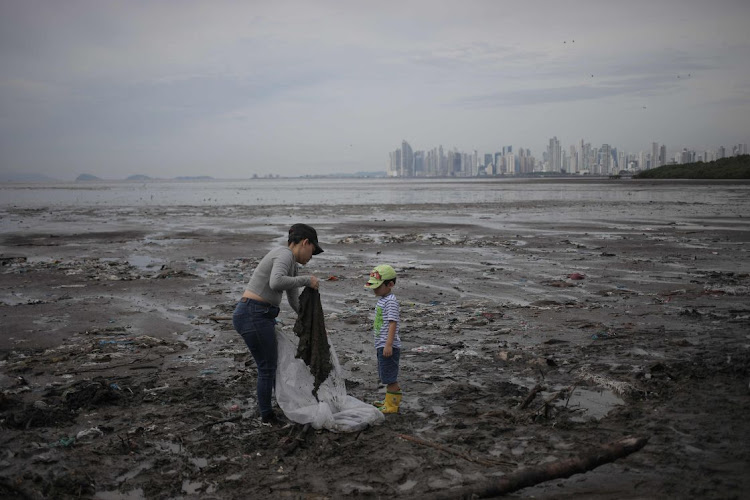 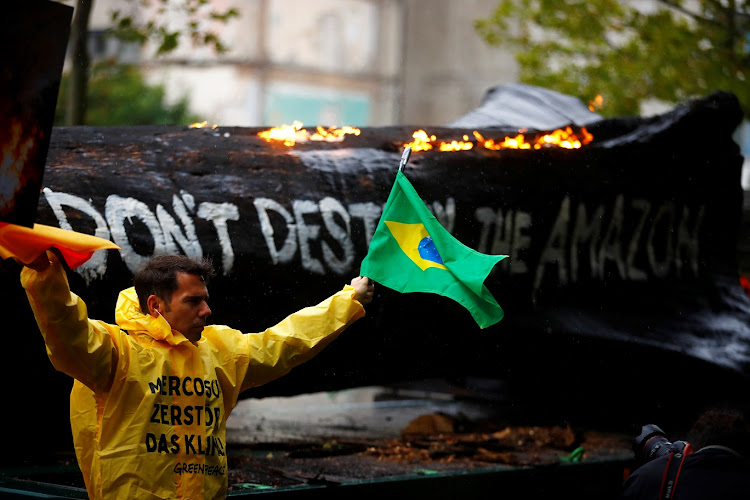 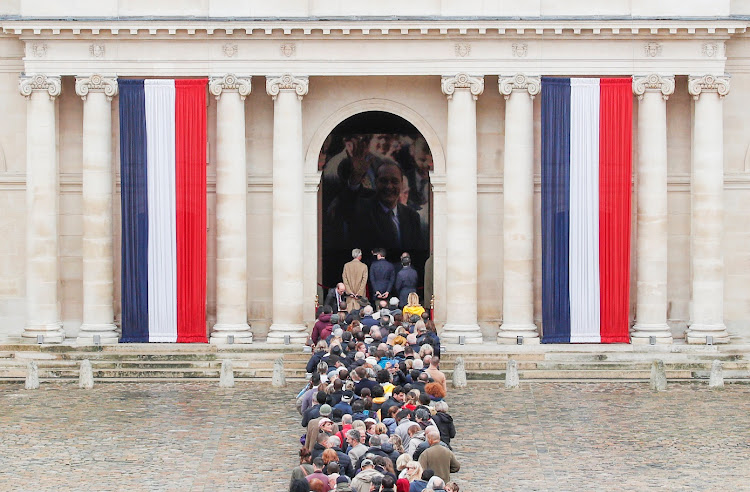 Want to save the planet? Going vegan or cutting flights won’t help

So says author David Wallace-Wells, who is not your typical climate activist

On top of that, Unilever, Nestlé and other giants are getting it from a high-priority conservation area in Indonesia

Spies’ anger at ‘corrosive’ Le Carre will not stay undercover

A man bearing a strong resemblance to Elvis Presley has been accused of stealing a fake vagina from a New Zealand sex shop, prompting a police investigation. The Elvis lookalike allegedly stole the prosthesis from the Peaches and Cream sex store in suburban Auckland after a failed attempt to buy it. "He was very energetic and erratic, going around the shop, talking a lot … he brought a sex toy called “Like a Virgin” up to the counter but his card declined," staff member Kat Maher told stuff.co.nz. Maher said the man - whose Elvis-like characteristics included slicked-back black hair and large sunglasses, incongruously teamed with a high-visibility vest - then ran out of the shop with the NZ$100 (R940) sex toy in hand. – AFP

The New Zealand arm of Japanese sports brand Asics has apologised after pornography was broadcast on large TV screens above its central Auckland store for several hours, startling Sunday-morning shoppers. Pornography played on the retailer's outdoor screens for up to nine hours - until staff arrived at the shop at about 10am on Sunday and switched them off, the New Zealand Herald reported. "Some people were shocked, but others just stopped and watched," security guard Dwayne Hinango told the newspaper. The explicit content was "totally inappropriate and offensive" and "not something you want kids exposed to", said Tanya Lee, who had walked past with her seven-year-old son. Asics New Zealand said in a Facebook post that an unknown person had gained access to its televisions. - AFP

An American man who leaked confidential details of thousands of HIV-positive people in Singapore, most of them foreigners, has been jailed in the US for two years. Mikhy Farrera Brochez was convicted by a Kentucky court in June for trying to extort the Singapore government using the stolen data. The 34-year-old had obtained the data from his partner, a senior Singaporean doctor who also helped Brochez conceal his HIV-positive status to get a work permit for the city-state. Confidential information including the names and addresses of 14,200 people diagnosed with the virus was dumped online. The leak caused anxiety among those with HIV, who have long complained of facing prejudice in socially conservative Singapore. Brochez was sentenced to 24 months in federal prison on Friday, said the US Attorney's Office. – AFP

Dutch speciality chemicals company DSM is expecting strong demand for its food additive which limits the amount of methane burped into the air by cows, its contribution to the global fight against climate change. Methane has a much larger effect on global warming than carbon dioxide (CO2) and reducing methane emissions could buy time to confront the much bigger challenge of cutting the amount of CO2 released into the atmosphere. "We see a lot of demand already, from food producers and farmers", DSM's Clean Cow programme director Mark van Nieuwland said, even though the launch of the additive, Bovaer, is still more than a year away. – Reuters

US pop artist Jeff Koons says he was "saddened" by the negative reaction in France to a controversial sculpture he had gifted to Paris after the 2015 terror attacks on the city. Koons's 12m tall "Bouquet of Tulips" will be inaugurated on Friday, ending a four-year row over its location. It features a hand holding a huge bunch of multicoloured tulips, a gesture intended to mimic how the figure in the Statue of Liberty grasps her torch. Koons created it after being asked to come up with a work symbolising America's solidarity with France in the wake of the attacks, which left 130 people dead. But the site, outside the Palais de Tokyo contemporary art museum, ran into resistance from artists, gallery owners and officials, who said it smacked of "product placement" by a artist known for his "spectacular and speculative" works. Others argued it would block views of the Eiffel Tower. – AFP

The German government is to give police greater powers following a steep rise in weapons seizures during raids on far-Right extremists. Almost 1,100 weapons were confiscated in the course of investigations into Right-wing crime in 2018, marking a 61 per cent rise on the previous year, new statistics show. Horst Seehofer, the interior minister, said the figures represent an "alarming increase", but vowed: "I am determined to strengthen the security services both in personnel and in structure and to give them the necessary legal tools to cope with this threat." he said. The veteran law-and-order man has previously faced criticism from civil liberties groups for introducing sweeping police powers in his native Bavaria, which included abolishing time limits on police detentions. The weapons listed as being seized during raids in 2018 included handguns, rifles and knives, as well as pepper spray, fireworks and "dangerous tools". – © Telegraph Media Group Limited (2019)

A leader also follows, just not rules or algorithms

Technical competence may be a necessary pre-qualifier, but it is not a test of leadership

Trencor shareholders can barely contain themselves

ACL has been through the mill but more squeezes lie ahead

ArcelorMittal SA is hoarding cash, taking a hard look at its cost base, and may close some operations

Bookmarks: Harry escapades and the Moore the merrier

A fortnightly look at music on vinyl

Was Buddy murdered? Did he commit suicide? Maybe he just died. Maybe life doesn’t always have a plot

SPORTS DAY: Tau and Hazard square up in Champs League

Vuvuzela leaps from stadium to street to blow away crime

Blast from the past: Terrible tale of the double-killer boxer