Please, Cyril, no more talk shops – you need to act to fix SA

He’s gathered yet another committee of advisers, but the same problems continue to blight our beautiful country

Environmentalists don’t give a frack about this Rhino

Frackers are seeking permission to explore a huge swathe of SA, but activists aren’t taking it lying down

The registrars are crying discrimination because some are foreigners, and have threatened court action

Meghan, don’t brag about Archie – we know he can’t be that perfect

They wrote it this week: How to get chest Haring, and Keanu comes to town

THEY HAD HIM FUMING A Colombian riot policeman clashes with university students in Bogota.
Image: Juan Barreto/AFP

A man was stabbed to death and his friend seriously injured during an apparent robbery on Clifton's 3rd Beach in Cape Town on Saturday night. “The circumstances surrounding the death of an adult male believed to be in his 20s are being investigated after he was stabbed to death on 3rd Beach Clifton ... at around 9.30pm," said police spokesperson Lt-Col Andrè Traut. “The suspects who attacked the victims during an apparent robbery are yet to be arrested.” Former Cape Town councillor Jacques Webber said on Facebook he had received numerous messages about events at the beach on Saturday night. “From what I am told, last night saw 1000 thousands of students descend onto the beach after matric farewell events. I was contacted when the first fight broke out and informed Law Enforcement Services who were already responding to the beach from various locations.”

Three firearms – two of them allegedly stolen from security guards and a third licensed to an owner in East London – were seized when police stopped a bakkie ferrying passengers late at night in North West. The bakkie was pulled over at a roadblock on Friday on the R30 near Orkney. “During the roadblock, 12 undocumented persons aged between 22 and 52 were arrested after a bakkie was stopped and searched,” said police spokesperson Col Adéle Myburgh on Sunday. “The suspects were arrested after three firearms were found in their vehicle … Preliminary investigations revealed that that one of the firearms was stolen from a murdered security guard at a local mine in Orkney in July 2019, while the second firearm was reportedly stolen from a security guard in August 2019 at an Eskom premises in Orkney.” Three more people, aged 20 to 32, were arrested for possession of 12 bricks of suspected crack cocaine worth about R30,000.

Zimbabwe's former president Robert Mugabe was buried in a tamper-proof casket because he feared people would “use my body”, according to his family. He was buried at Kutama village, his rural home, on Saturday, near his mother, instead of the National Heroes Acre in Harare. Mugabe’s nephew and family spokesperson, Leo Mugabe, told Zimpapers Television Network “he wanted to be buried next to his mother but there is no space there” so the family elected to bury him, at a private ceremony, in the same village as his mother. Asked about the casket, Leo said: “Originally, why we changed is because we wanted a tamper-proof casket because you know, with rituals and things like that, people are really after his body, body parts, so we wanted something that was tamper-proof. That is why the casket was changed in the first place.”

DA leader Mmusi Maimane drove around in a white Toyota Fortuner "donated" by Markus Jooste, former chief executive of the scandal-hit retailer Steinhoff. Maimane continued using the vehicle despite being cautioned by party colleagues about potential damage to the reputation of the DA, after an accounting scandal engulfed Steinhoff in December 2017, Rapport newspaper revealed on Sunday. Investments worth billions were wiped out when allegations of insider trading and accounting fraud caused the company’s share price to crash. Jooste resigned after auditors flagged "irregularities" in the company books. Maimane’s spokesperson referred Rapport to DA federal executive chairperson James Selfe who said the vehicle was donated to help the party leader carry out his duties. Its use was facilitated by a car rental company and the costs were carried by Steinhoff. It had been returned after the Steinhoff scandal.

A man was killed when his vehicle rolled after hitting a pedestrian on the R102 in Verulam, KwaZulu-Natal, on Saturday night. Netcare 911 responded to reports of a collision between Verulam and Ottawa, north of Durban, at 9.48pm. "Reports from the scene indicate that [a] light motor vehicle struck a pedestrian walking across the road. The driver of the car lost control and left the road, coming to a stop down an embankment," Netcare 911 said. Medics found the driver, who had been ejected from the car during the rollover, in a critical condition and needing advanced life-support. "The patient's condition deteriorated and he was sadly declared deceased on the scene." The pedestrian sustained moderate injuries and was taken to hospital. 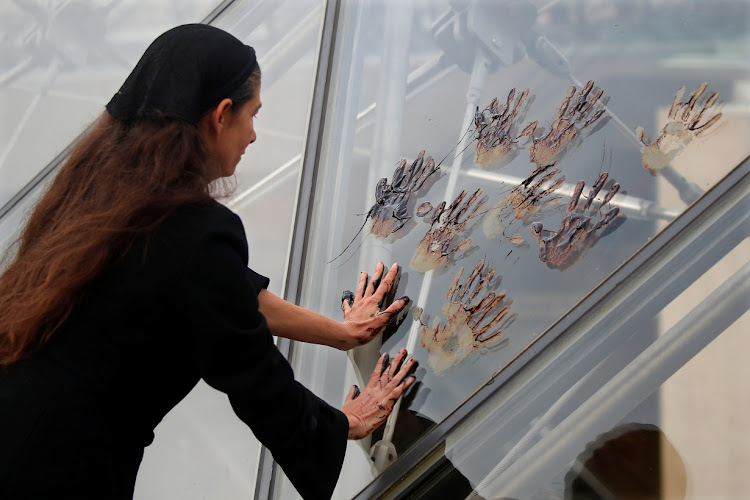 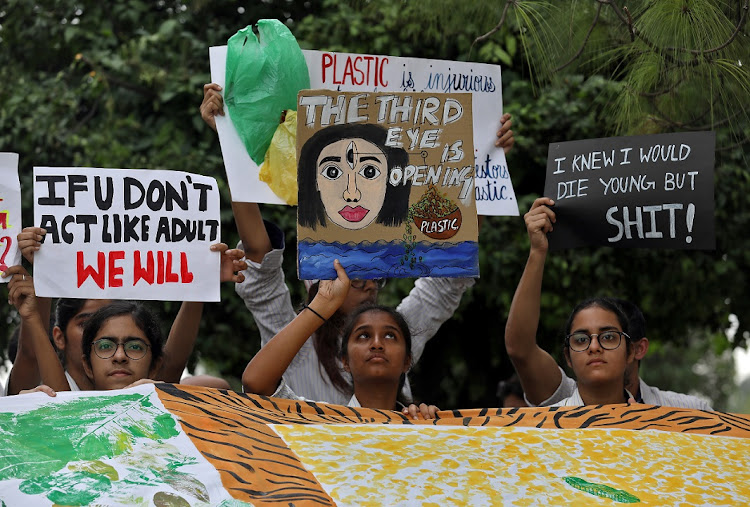 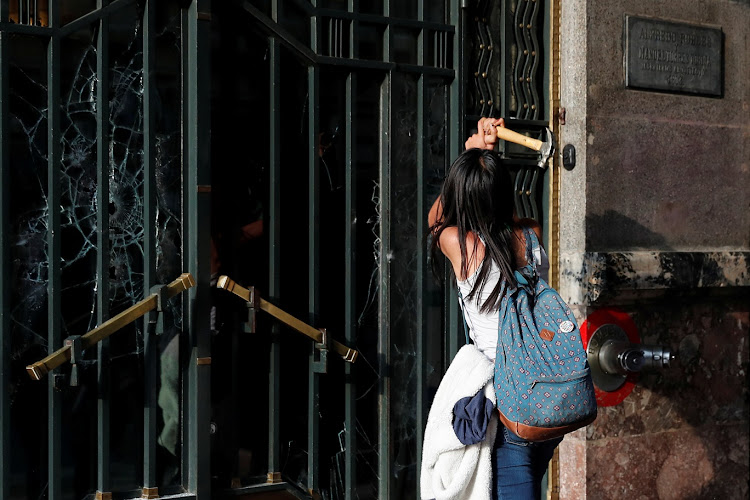 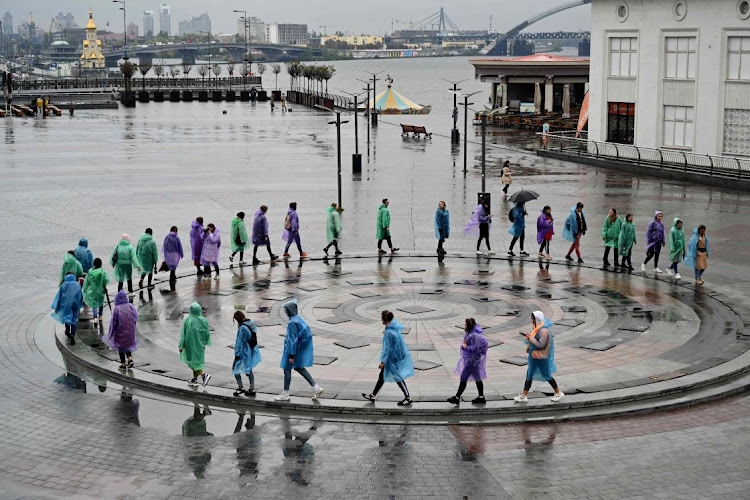 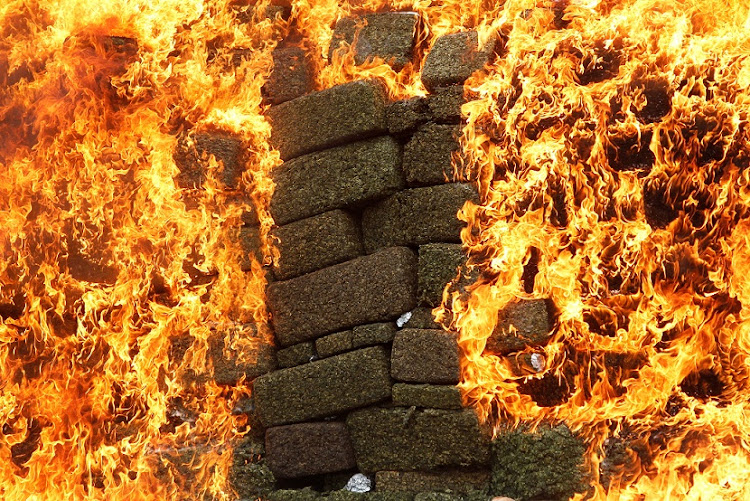 Imagine Watergate, but with Twitter as the playground – it’ll be that nasty

There will be long, gruelling hearings about Trump’s impeachment on Capitol Hill far into 2020

Crown prince’s efforts scrub a reputation stained by the journalist’s murder have had little, if any, success

We’re close to finding alien life on Mars, but ‘we’re not ready for it’

Finger on the pulses: So, your kid wants to go vegan? Here’s what to do

As Will and Jada Smith found, it’s not easy staging a food intervention when your child’s gone down a rabbit hole

CURTAINED-OFF A woman in Srinagar watches protests after Friday prayers during restrictions in Kashmir by the Indian government.
Image: Reuters/Danish Siddiqui

A singing star suspended by London’s Royal Opera House for allegedly groping another singer on stage is being allowed to continue headlining performances at some of Europe’s premier venues. Vittorio Grigolo was suspended by Covent Garden last week after it received allegations he had sexually molested a singer from the chorus. However, Milan’s La Scala has said it is happy for the Italian tenor, who has admitted to being a “sex addict”, to headline its latest production from Tuesday.The Deutsche Oper Berlin has also refused to drop him from a production next April. – Telegraph Media Group Limited (2019)

Workers are fighting back at robots: study

Science fiction films often depict the fear that one day, robots will seize power over humanity. And with machines featuring in many workplaces, it appears humans have started the fightback. A study by De Montfort University in Leicester has found that workers are deliberately sabotaging and assaulting the robots they work alongside every day, amid fears that they will take over their jobs. Prof Jonathan Payne, who led the study, said: “We heard stories of workers standing in the way of robots, and minor acts of sabotage - and not playing along with them.” – Telegraph Media Group Limited (2019)

Venice is cracking down on shops selling cheap souvenirs in an attempt to preserve the city's character. After stiffening its penalties for misbehaving tourists last May, the city is taking steps to restrict and regulate shopkeepers selling plastic gondolas, cheap carnival masks, crude “Murano-style” trinkets and low-cost leather.The city council has unanimously approved a resolution regulating commercial activity around Rialto Bridge, St Mark's Square and the Grand Canal to assure it is “compatible with the protection and enhancement needs of the city's cultural heritage”. – Telegraph Media Group Limited (2019)

Police have rescued hundreds of boys from a “house of torture” in Nigeria after raiding an Islamic centre where pupils as young as nine were allegedly shackled to walls, tortured and sexually abused. Officers who stormed a building said they had found nearly 500 emaciated young men and boys, about 100 of whom had been held in chains in its cramped basement, some for several months. The establishment’s owner and seven suspects described as teachers were arrested after victims told their rescuers that they had been sodomised, starved and subjected to frequent beatings by members of staff. – Telegraph Media Group Limited (2019)

So, this is how bacteria hide from antibiotics

The fight against antibiotic resistance has taken a step forward after scientists discovered how bacteria hide from drugs in the body. Public health experts are deeply concerned that the rise in resistance to medication could make even the simplest operations impossible. Although scientists knew that bacteria adapt to evade antibiotics, they did not know how. Now, for the first time, Newcastle University has discovered that bacteria actually change form to avoid being detected. – Telegraph Media Group Limited (2019)

A personal bodyguard of Saudi Arabia's King Salman has been shot dead and seven others wounded, including security forces, during an altercation at a friend’s home. General Abdelaziz al-Fagham, who was frequently seen by the king's side, died on Saturday night. “Fagham was visiting his friend at his home in Jeddah when (an) acquaintance, Mamdouh al-Ali, entered the residence,” a Saudi press release said. “The conversation between Fagham and Ali escalated ... Ali left the home, came back carrying a gun and fired at Fagham, injuring two others in the household, a Filipino worker and brother of the house’s owner.” – AFP

It’s all about skills, and we must act now, says Capitec chief

Shareholders are not banks’ only priority – livelihoods are at stake

Shareholder value that is at odds with societal value is not sustainable . We need a new paradigm

From taxis to food, the firm could soon be the order-anything app, but there's something missing - profits

How to sharpen your self-defence skills, chop-chop

Women, here's how to defend yourself against danger

These deficiencies could explain your constant fatigue

Who really wants strange new things sitting on their face?

New technology may signal the end of the smartphone

Boks brace for a battle of wit and will against Italy

With a wealth of SA-born weaponry, the Azzurri are in a solid position for Friday's high-stakes clash

Blast from the past: Hestrie’s squeaky 2000 Olympic silver