Keep your religious and ‘scientific’ excuses - beating kids is wrong

Boet, the word ‘m*ffie’ is not a joke, watchdog tells radio station

Hot91.9FM has had to give an on-air apology for using the homophobic slur in a comedy skit

How top cop Phahlane was ‘shielded’ from prosecution

ERs are where the HIV epidemic may go to die

SA’s space agency has been flooded with applications for volunteer positions – but be warned, it’s no holiday camp

The labour court will say on Thursday morning whether it will stop the banking sector strike scheduled for Friday. The protest is planned by union federation Cosatu and the SA Society of Bank Officials (Sasbo) against retrenchments in the banking sector. Business Unity SA (Busa) approached the court, and said on Wednesday its application was urgent. Busa said the central question facing the court was whether Cosatu and Sasbo could rely on a section 77 notice in the Labour Relations Act, which was filed with the National Economic Development and Labour Council in August 2017. Busa argued that Cosatu and Sasbo could not rely on that notice, while Cosatu and Sasbo argue that the notice is valid. The court reserved judgment until 10am on Thursday, when an order will be made. Reasons for the order will be provided at a later stage.

An Ekurhuleni metro police department officer is in hot water after allegedly being found "drunk" in uniform with his gun "falling off" at noon on Tuesday. The officer was captured on video, cigarette in hand, walking with the weapon dangling in its holster, close to a branded metro vehicle in Springs. A man filming instructs him to give his firearm to a female officer to avoid any "accidents". In a second video, a man is heard saying, "The police is coming to arrest him and then he drives off in another vehicle", as the officer is being led away by a colleague. Acting city of Ekurhuleni mayor Lesiba Mpya said the city was "disappointed and disgusted" by the behaviour of the officer. Mpya said he had instructed the chief of metro police to compile a full report.

The Cape Town nurse who allegedly kidnapped her boyfriend’s mistress and forced her to eat dog faeces will hear on Thursday whether her bail conditions will be relaxed to allow her to return to work. Elizabeth Williams, 38, appeared briefly in the Goodwood Magistrate’s Court on Wednesday, when she made the request. She is accused of forcing her 27-year-old victim to eat faeces she collected from her two large dogs before drawing blood from her arm, feeding her abortion tablets, and subjecting her to an HIV test. In August it emerged that Williams tried to quit her job at Tygerberg Hospital shortly after the incident, part of which was captured on video. The case continues on Thursday.

Zulu monarch King Goodwill Zwelithini has called for traditional leaders to be consulted when the government addresses issues of xenophobia. The king was speaking at the annual Umkhosi Welembe in KwaDukuza, north of Durban, on Tuesday to commemorate the life of King Shaka Zulu. His comments come after President Cyril Ramaphosa's announcement last week that he had deployed a special envoy to visit African countries to brief leaders on the steps the government is taking to combat xenophobia. "Going to different states saying you are going to apologise, without going where people originate from, is not going to resolve the problem. Traditional leadership is the pillar of the African continent and it mustn’t be sidelined,” said Zwelithini.

Underberg teacher Karen Turner, who was stabbed to death in an attack at the Hluleka Nature Reserve in the Eastern Cape last week, was cremated on Wednesday. Her brother, Ian Crouch, said the cremation of the pregnant 33-year-old would take place privately, while a public memorial service would be held in Underberg on Friday. Her husband Matthew, who was injured during the attack, has been discharged from hospital. Crouch said their parents and his sisters-in-law were present at the committal service. "Matthew didn't attend. He is with their little boy," Crouch said. The couple was attacked while sleeping in a chalet at the reserve at 3am last Tuesday. Their 23-month-old son Hayden was unharmed. No arrests have been made.

A 40-year-old Johannesburg woman fell to her death after a solo summit at Gray’s Pass in the Drakensberg on Sunday. Mountain Club KwaZulu-Natal Rescue convener Gavin Raubenheimer said her body was eventually found on Tuesday afternoon after weather cleared, allowing a helicopter to join the search. She was part of a group of three women hikers who camped just below the Gray's Pass summit on Saturday. On Sunday the trio set off for the top but two of them turned back. The woman, who has not been named, sent a message to the hikers to say she had reached the top and was on her way down, but never returned. On Sunday, Ezemvelo/KZN Wildlife rangers went looking for the hiker. The search continued on Monday, and the woman’s body was spotted by the helicopter crew on Tuesday. She had fallen 25m into a ravine.

The Duke and Duchess of Sussex and baby Archie meet Archbishop Emeritus Desmond Tutu in Cape Town on Wednesday. 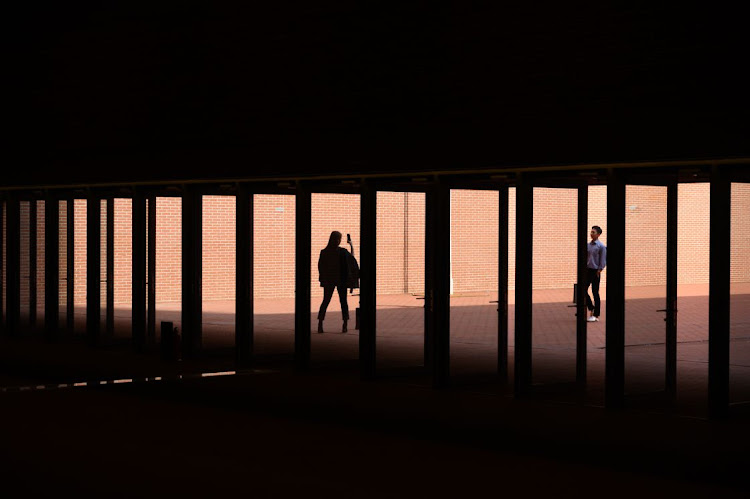 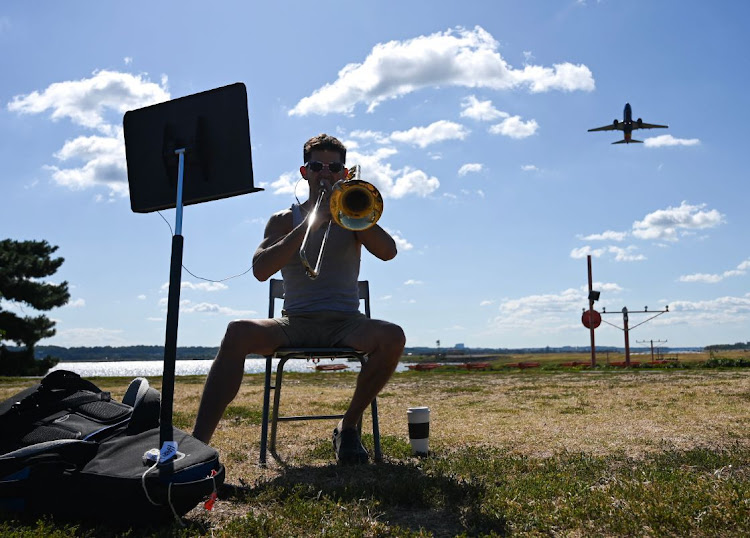 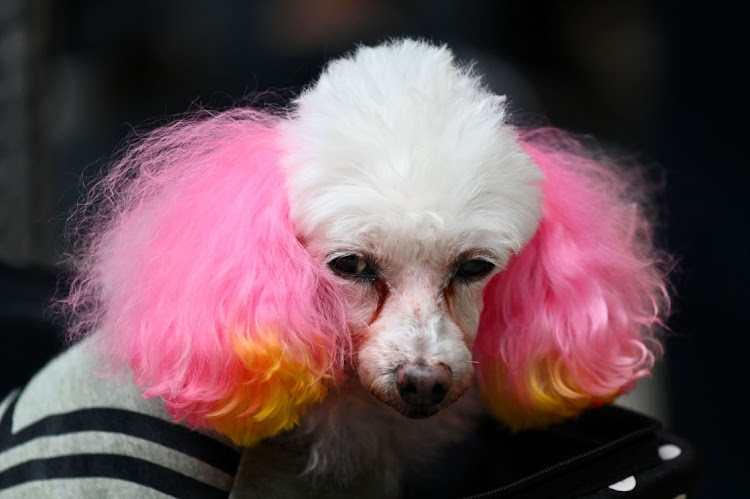 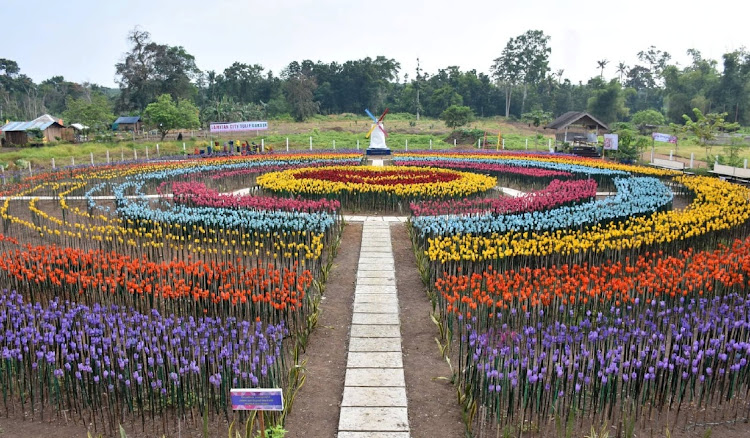 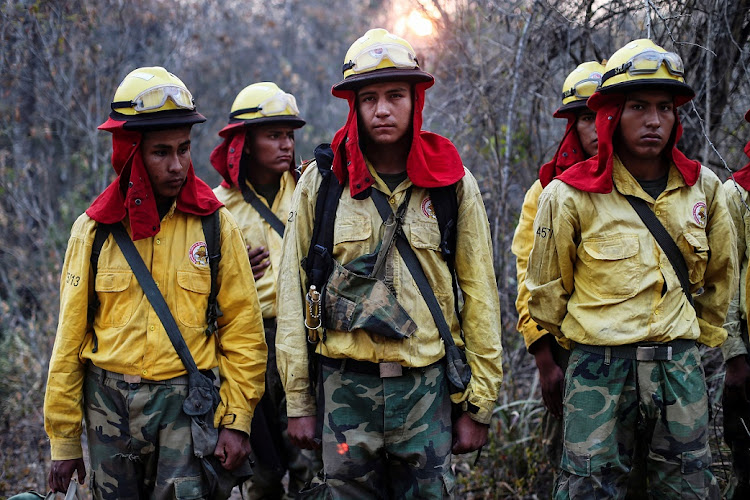 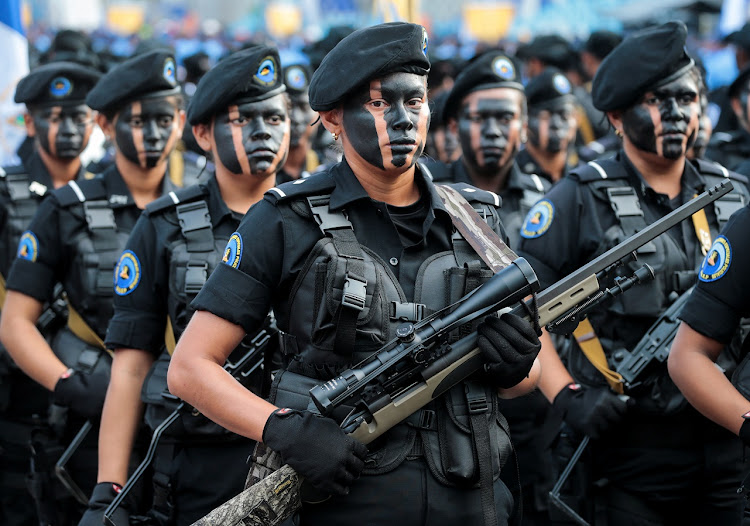 Her critics say she is being exploited by 'green capitalists', while her 'peace' message is a little wobbly

Is Bosh! great nosh or a load of tosh? Meet the vegan Jamie Olivers

Before Venus choked on CO2, it was habitable. What happened?

This suggests Venus may have hosted life, and opens up new ideas on where aliens may exist outside our solar system

GOING WITH THE MOTIONS Siddharth Dhage, 10, from Aurangabad, India, is among a small group of children who take a 14km return train journey from their village to fetch water.
Image: Reuters/Francis Mascarenhas

Part of a massive glacier on the Italian side of the Mont Blanc mountain range is close to collapsing into a valley after accelerated melting in the late summer heat. The mayor of the town of Courmayeur has limited access to the region below the glacier, which is popular with tourists. Between August and the first half of September the glacier has melted at an average rate of 35cm a day, up to highs of 50-60cm on some days. The chunk of the glacier concerned, which makes up between a fifth and a sixth of the total and weighs around 250,000 tons, was threatening to break away and crash down into the valley. — AFP

France is nice, but not very nice

France does not plan to stop illegal immigrants getting medical care, but the programme should be reviewed as part of an effort to ensure the country is not too ‘attractive’ for migrants, President Emmanuel Macron said on Wednesday. Like other European leaders, Macron faces an electoral threat from rivals on the populist right and is under pressure to crack down on migration, but he risks alienating some of his more liberal backers if he veers too far to the right. ‘In order to be able to welcome everyone decently, we shouldn’t be too attractive a country,’ said Macron. Free access to state healthcare is one benefit that, critics say, helps lure asylum seekers and illegal immigrants to France. — Reuters

Indonesian students on Wednesday rallied for a third day over moves to introduce sweeping changes to the country’s laws after hundreds were sent to hospital following clashes with riot police. The demonstrations erupted in response to a proposed criminal-code overhaul that includes everything from criminalising premarital sex and restricting sales of contraceptives, to making it illegal to insult the president and toughening the Muslim majority country’s blasphemy laws. There has also been a public backlash against a separate bill that critics fear would dilute the investigative powers of Indonesia’s corruption-fighting agency — known as the KPK — including its ability to wire-tap graft suspects. — AFP

Railway lines get the sunscreen treatment

After successive heat waves Germany’s public rail operator Deutsche Bahn is testing white-painted rails designed to reflect some rays and protect them from heat damage. Experiments have succeeded in keeping the rails cooler, the firm said, meaning DB will now extend them to a kilometre-long stretch on the high-speed line between northern city Hanover and centrally-located Wuerzburg — one of the country’s busiest. The environment-friendly paint’s resilience to dense traffic will be thoroughly tested on a 61m-high bridge near Melsungen in the federal state of Hesse. Initial tests have found white rails reflect more light and heat up ‘significantly less’ than normal ones. — AFP

One sure way to wangle yourself a house

Eleven Chinese relatives married and divorced each other 23 times within a month to obtain apartments given out by the state. The cunning family came up with the scheme after officials offered apartments to residents living in an area where homes were demolished. The ploy started when a man named Pan remarried his ex-wife Shi to win a free apartment. Six days later, they divorced. Shi had obtained his residency permit. The experience didn’t leave him with cold feet. Within 15 days, he had married and divorced his sister-in-law — and her sister. His ex-wife, meanwhile, found another ex-husband to marry. Cousins, brothers and sisters got into the act for a total of 23 weddings and divorces. Police have opened an investigation. — AFP

That one at Sun City is scary enough

The world’s longest water slide was unveiled in Malaysia on Wednesday, a kilometre-long chute that starts on a hilltop before twisting and turning through dense jungle and splashing into a pool. The chute at the Escape theme park runs for 1,111m and has been awarded the Guinness World Record for the longest water slide where riders use an inflatable tube. It is three times longer than the previous record-holding slide in Germany. The watercourse in northern Penang state starts on a 70m hill, with riders transported to the top by a specially constructed chairlift. It takes four minutes to slide down the chute, which passes through a rainforest inhabited by exotic birds and monkeys, before passing over a road and ending in the park. — AFP

BULL’S EYE: Come on all you artisans, get your hands dirty

Outside the rustic ‘micro’ paradise, we have deemed blue-collar work in the larger economy redundant

Sibanye braces for the Amcu backlash as jobs evaporate

Who’s the Wiese guy saying Brait has to unlock value?

After the New Look disaster, it’s down to Premier Foods and Virgin Active to secure some value for shareholders

Put a brave face on your skincare habits as you age

Safari shorts suits that put the kitsch into Lord Kitchener

And eight other style lessons from Milan Fashion Week

Aren’t we a bit sick of seeing the same old top five teams?

Blasts from the past: Fordyce nails 2nd London-Brighton