Cyril’s NPA cleanup: can he prevail against Zuma faction’s challenges?

Three officials are suing Ramaphosa for reversing their appointments by Zuma, but the president stands firm

Cape Town to get statue of ‘racist’ Gandhi, even though most don’t want it

Go ahead with the plan and you’ll face another #RhodesMustFall saga, furious objectors warn

‘You know too much’: Firm tries to block ex-staffer’s new job

Two foreigners nabbed with more than 1,000 species of rare SA succulents with a high price tag on the black market

Miaow hear this: don’t be fooled, your cat needs you

High language ability translates into better self esteem in young people, but the opposite is also true

Power-crazed Mugabe’s path to longevity is ...

Even after he tipped Zimbabwe into the abyss, Mbeki and Ramaphosa feed into the greater tragedy of his long misrule

As we wade into a watery Soviet-lite doom, our ... 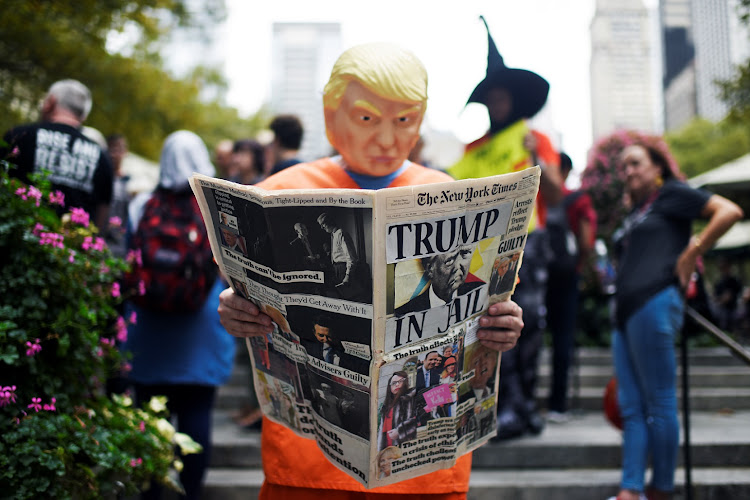 Former Bosasa executive Angelo Agrizzi has been accused of lying at the state capture inquiry, where he made a string of allegations against the company and its late boss Gavin Watson. The accusation is contained in documents that Watson was due to present when he testified at the SA Revenue Service inquiry. Watson died just two days before he was due to testify. Agrizzi denied the claims. In documents published on Biznews on Monday, Agrizzi is accused of committing perjury when he claimed during testimony at the state capture inquiry that Watson was the only person who made decisions at the company. Watson's nephew, Jared, confirmed that the documents were authentic. Agrizzi said there was an "agenda that I don't see fit to comment on" and that “the claims made by the Watsons are merely to deflect attention”.

A suspected cop killer was shot dead on a Cape Town beach on Monday after an anonymous tip-off. “During a shootout between members of our Special Task Force and the suspect, he and his unknown accomplice were both killed. The suspects’ firearm was confiscated, said police spokesperson Lt-Col Andrè Traut. He said the 29-year-old man, who cannot be identified, was sought in connection with a number of murders, attempted murders and a rape, committed in Samora Machel, Nyanga and Philippi East. He was also suspected to have been involved in the killing of two law enforcement officers at Sweet Home Farm this month. Traut said the pair were located after police had asked the public for information. Officers reacted and approached the suspect at Monwabisi Beach late on Monday night.

A woman was bust trying to smuggle 200 "heroin" tablets into the Westville prison in her underwear on Sunday. The woman, according to the correctional services ministry, was trying to get the drugs to an inmate she was visiting. "The drugs, which were 200 capsules suspected to be heroin, were hidden in the underwear of a visitor. Upon her being searched, they were discovered and police were called to the facility. She was placed under arrest immediately," spokesperson Chrispin Phiri said on Tuesday. "The suspect was visiting an offender who had violated his parole conditions. Minister Ronald Lamola said: "I have been clear that the current levels of contraband smuggling into our facilities are unacceptable. We are absolutely determined to resolve this, and I am pleased that the systems put in place are beginning to yield visible results.”

Despite losing in the final of America's Got Talent, the Ndlovu Youth Choir received a prize from their home province just days after they landed back in the country. On Monday, Thandi Moraka, Limpopo sport, arts and culture MEC, awarded the choir R1m after they made the final. An appreciative choirmaster Ralf Schmitt, who described the payment as an "amazing gesture", joked that it was still R14m short of what they would have made had they won the competition and claimed its $1m prize. "The money will be shared among the team. They deserve it and they've worked hard. We're very happy," Schmitt said. Moraka said half of the money will go to the choir members while the rest will be used to develop their music programme.

A 39-year-old man was attacked and set alight by a mob at the Muhovhoya village in Limpopo on Monday. Police said on Tuesday they had responded to frantic calls from the area and on arrival made the gruesome discovery of the man's badly burnt body. The victim was certified dead on the scene. None of his attackers was present when officers arrived. The attack was prompted by allegations that the man had raped a 17-year-old mentally disabled girl. “It is alleged that the girl went to the nearby bushes to collect firewood with other women from the village when the man attacked them. The other women managed to run away, leaving the girl behind. And that’s when the deceased allegedly raped her,” said police spokesperson, Col Moatshe Ngoepe. No arrests have been made.

Our diversity should be our strength: SAHRC

We should be celebrating our diversity, but instead it has become what divides us. So said the SA Human Rights Commission on Tuesday as the country celebrated Heritage Day. “The SAHRC is deeply concerned with continued divisions on the basis of the very diversity we celebrate,” the commission said. It added that its annual trend analysis report indicated that violations based on the right to equality were the most common. “The commission has and continues to deal with numerous incidents of hate speech, particularly via social media. The instances of xenophobia, hate speech and violations of the right to equality fly in the face of the constitutional democracy we need to foster, a society based on the foundations of equality, freedom and dignity for all,” the organisation said. The commission has urged all within SA to see Heritage Day as an opportunity to unite, instead of divide, the nation. 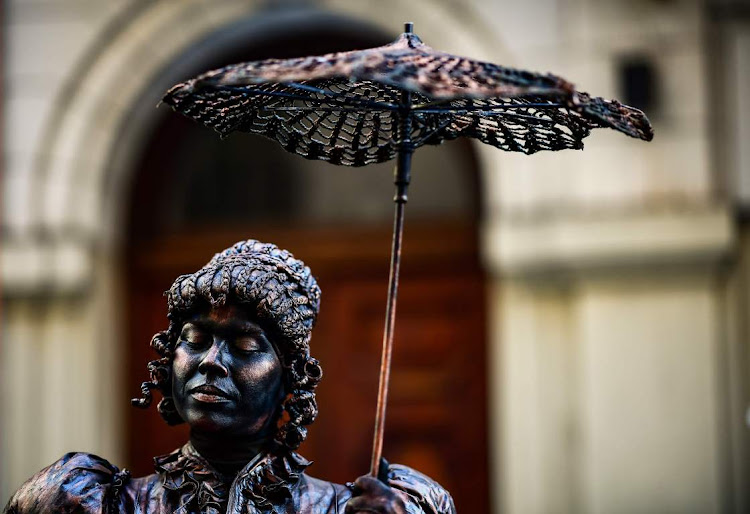 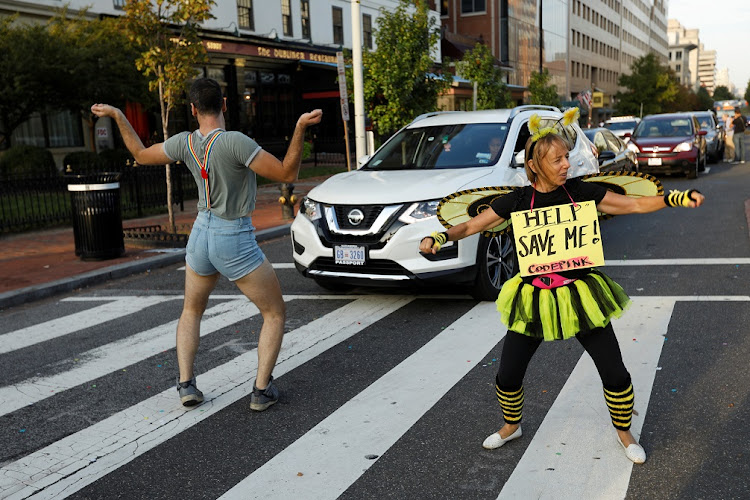 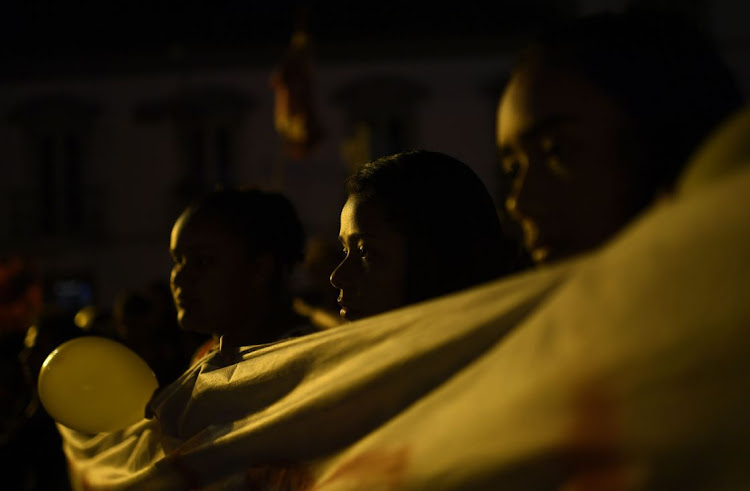 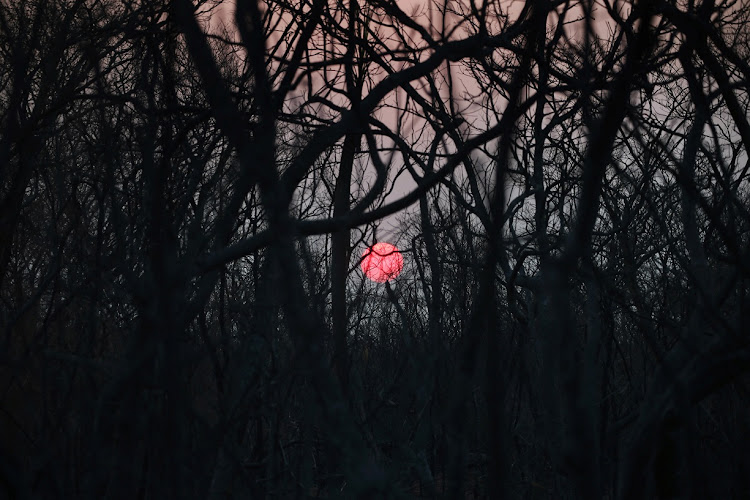 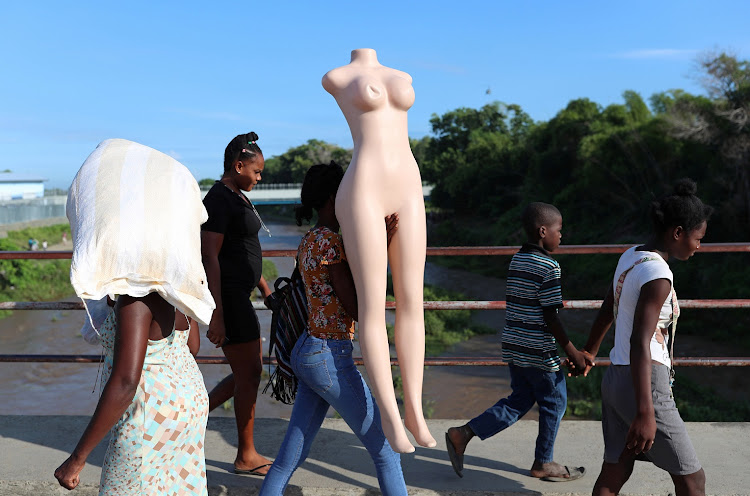 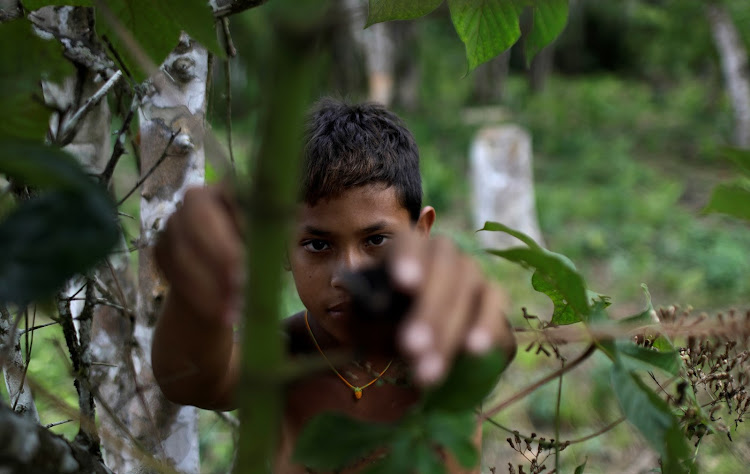 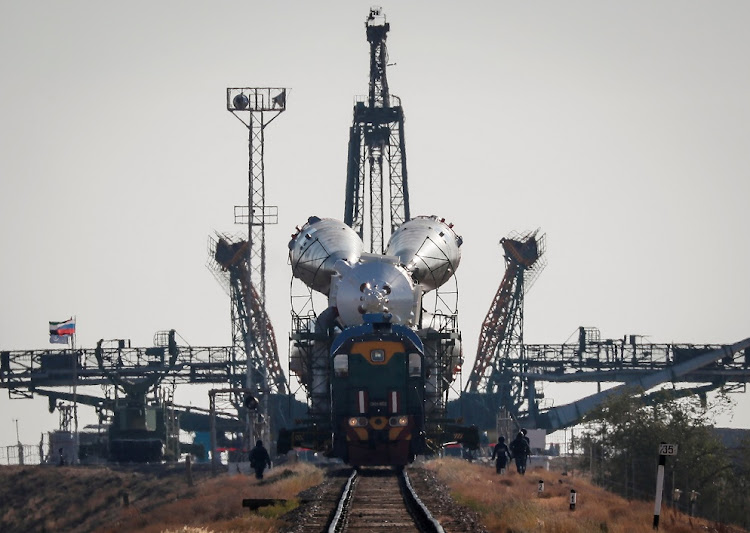 WATCH THIS SPACE The Soyuz MS-15 spacecraft for the new international space station crew is transported from a hangar to the launchpad in Kazakhstan.
Image: Reuters/Shamil Zhumatov

Spain’s supreme court gave the government the go-ahead to exhume the remains of dictator Francisco Franco and move them from the state mausoleum. The government of socialist Pedro Sanchez said it would proceed quickly with plans to relocate the remains from the Valley of the Fallen mausoleum to Mingorrubio El Pardo, a state cemetery on the outskirts of the capital. – Reuters

The unregistered but vocal FDU-Inkingi opposition party in Rwanda said one of its officials had been stabbed and murdered, fuelling concerns over a string of unsolved killings of its members. Victoire Ingabire, leader of FDU-Inkingi, said Syridio Dusabumuremyi had been attacked by two men on Monday night in the shop where he worked. Rwandan police said two suspects had been detained. Rights groups accuse President Paul Kagame of clamping down on dissent. – AFP

Forget it: regulator loses to Google

Google is not required to apply an EU ‘right to be forgotten’ to its search engine domains outside Europe, the EU’s top court ruled in a landmark decision. The US internet giant had argued the removal of search results required under EU law should not extend to its google.com domain or its other non-EU sites. French data regulator CNIL responded by saying the ruling did not expressly prevent it demanding worldwide de-referencing. – AFP

France risks a shortage of frozen sperm if lawmakers approve legislation that allows single women and lesbian couples access to in-vitro fertilisation (IVF) and abolishes the right of donors to keep their identities secret, clinicians said. Lawmakers start debating a bill that unwinds strict rules governing medically assisted pregnancies, as President Emmanuel Macron promised. Under existing law, IVF is available only to heterosexual couples, and only for a specific set of reasons. – Reuters

President Alpha Conde of Guinea has called on the public to prepare for a referendum and elections, stirring speculation that he will seek to overcome a constitutional ban on a third term. Conde's second term expires in October 2020, but he has repeatedly questioned the value of term limits. He has not yet publicly called for constitutional change. – AFP

UK judge’s spider brooch is all over the web

For social media users who watched the president of Britain’s Supreme Court rule on the suspension of parliament, it was all about her spider brooch. Judge Brenda Hale delivered the court’s damning verdict against PM Boris Johnson with a huge glittery spider pinned to her shoulder. ‘I really hope that spider doesn’t get Lady Hale before she announces it,’ said comedian Tiernan Douieb. The jewellery swiftly obtained a Twitter account, @spiderbrooch1. – AFP

More gold under this African Rainbow than you might think

A high quality portfolio of assets that leans towards disruptive entities such as A2X, TymeBank, and Rain

Data-only Rain may just be a 5G model worth copying

Durban: Beneath the grime, the glory

Repurposed or ruined, Durban’s glam architectural heyday is still evident if you know where to look

You have months of warm weather to perfect your braai skills, so catch these cool recipes for a heads-up

‘You never know what you might find with an open mind’

Um, we won’t mention the kicking ... or maybe we WILL

Blasts from the past: 1937 marks SA’s only NZ series win