Why SA’s elites ignore the rising fury of the poor, and how we’ll all pay

His father, accused of nepotism, recently gave two weeks’ notice of his retirement

SA teens kill and die at double the global average. Why?

Researchers reveal the reasons for this horrifying statistic, and point to what needs to be done

The elderly are left to their devices. That’s where fraud comes in

Some consumers, mostly elderly, still prefer to pay by cheque, exposing them to fraud. If only banks were more helpful

Uber heat: Why Eastgate failed in its bid to kick out metered taxis

On the other hand, nonsmoking households have been found to have much healthier diets

They wrote it this week: Warhol’s cocky friend, and Trump’s mood slumps

Rock’s favourite motormouth  is still laying into his brother as he talks about his new album, arthritic hips and all

‘Because I’m alive’: Why this Holocaust survivor is on a dating show

This is merely a next step for Dorit Oliver-Wolff, who cheated death when the Nazis wiped out her family 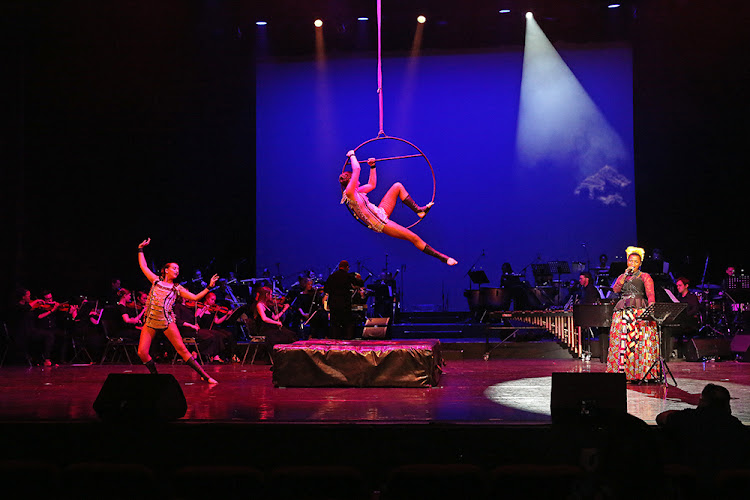 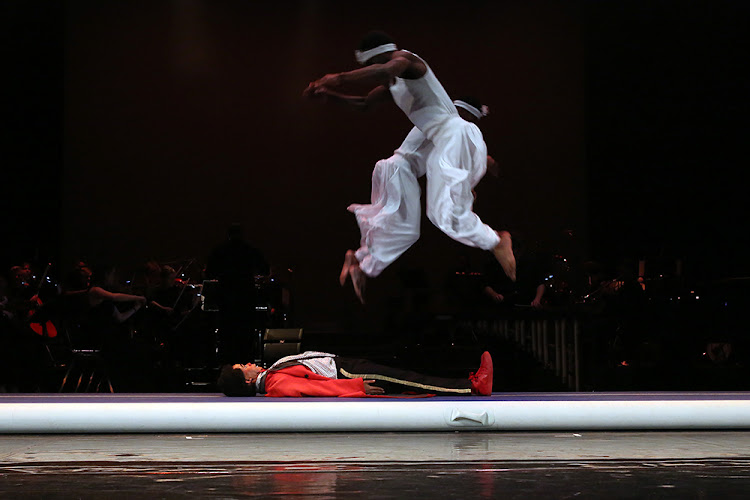 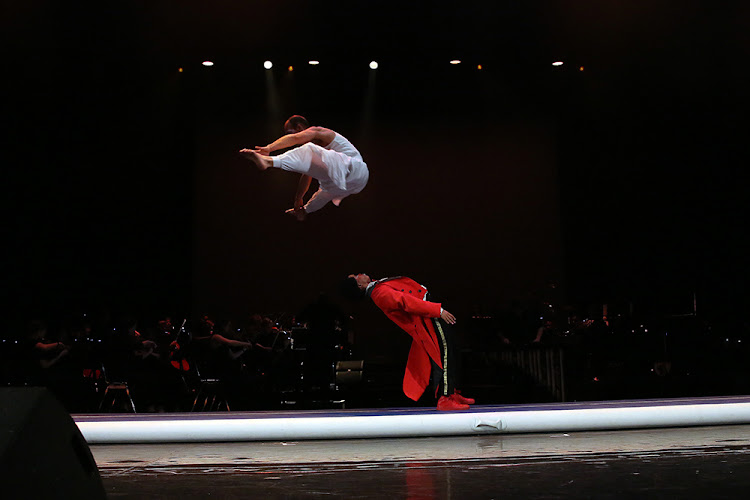 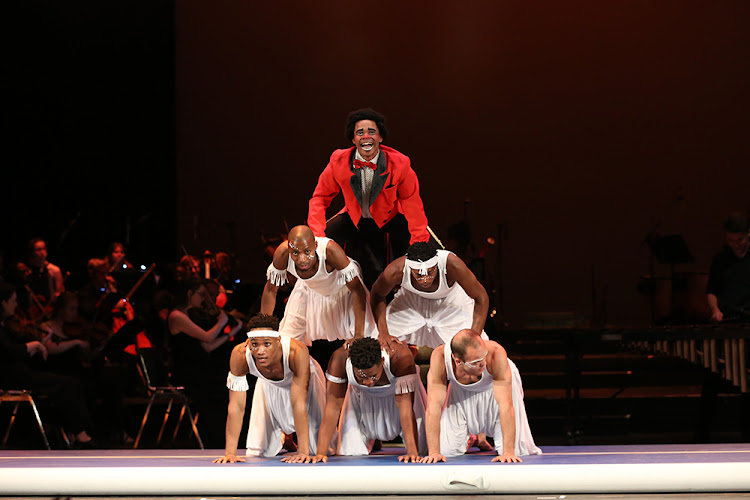 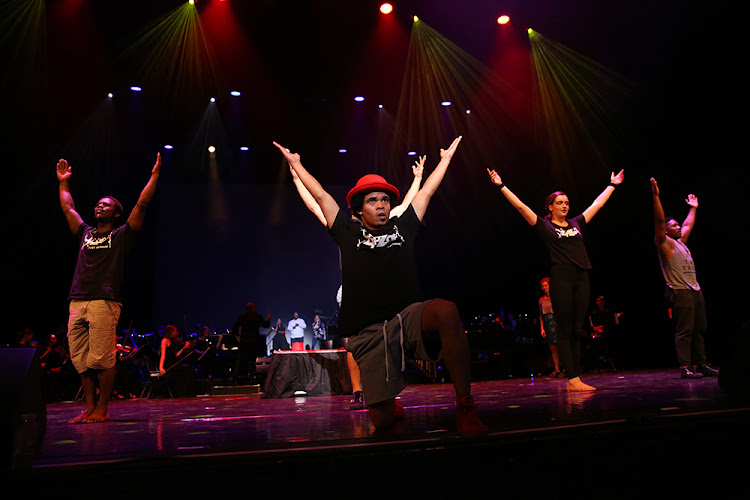 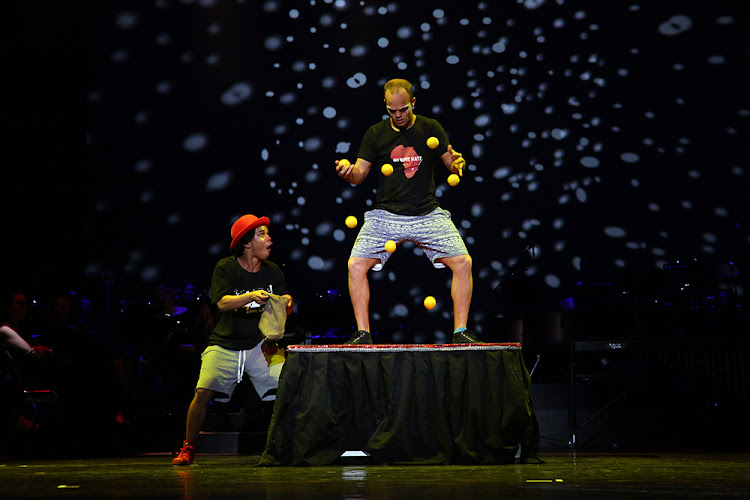 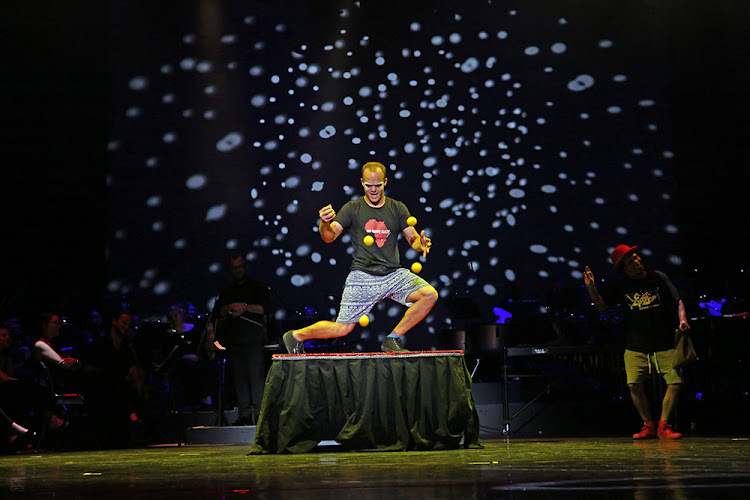 An 18-year-old matric pupil drowned on a school trip to the Sun City resort on Saturday, the education department confirmed. Tlhalefang Mahumapelo was one of 48 pupils from Lethabong Secondary School in Soshanguve who were at the North West resort for their matric dance. They were accompanied by three teachers. He drowned in a swimming pool about two hours after they arrived. "It is so sad to issue death certificates [rather] than parents attending graduation ceremonies for their children. We would like to convey our deepest condolences to the family and the entire school population during this time of grief," Gauteng education MEC Panyaza Lesufi said on Sunday. The department's psycho-social unit had been sent to begin counselling on Sunday morning. Lesufi is set to visit the school on Monday, followed by a visit to Mahumapelo's family.

Health minister Zweli Mkhize has welcomed the suspension of five officials from the Council for Medical Schemes (CMS). Last week, the CMS announced that as a precaution, it had suspended two executives and three senior managers following "anonymous tip-offs" from its hotline. The allegations were of corruption and unethical conduct. Mkhize also welcomed the CMS's establishment of the investigation into allegations of racial profiling by healthcare providers in the medical scheme sector. On Sunday, the CMS - SA’s medical schemes regulator - said: "Following a briefing on the latest developments at CMS offices by the chairperson, Dr Clarence Mini, and registrar and chief executive, Dr Sipho Kabane, the minister said the cautionary suspension of the five officials ... will help the regulator to properly ventilate all the issues raised."

A suspected cable thief was electrocuted at the Westfield substation near Modderfontein, north-east of Johannesburg, City Power said. The man’s body had been found hanging from one of the transformers by its technicians on Friday. “It is suspected that the suspect tried to vandalise the substation and steal copper and cables from the transformer when he was electrocuted and died on the scene,” said City Power spokesperson Isaac Mangena. It was not known how long he had been dead. “The matter has been referred to the police for further investigations and to determine the identity of the deceased. The incident did not affect the supply of electricity in the area,” said Mangena.

A Grade 11 pupil was one of two people arrested for allegedly stealing computers from an Umlazi, Durban, school. It was not immediately clear whether or not the pupil is from the same school, which was hit on September 13. The burglary affected students at the school, with computers and other electronic equipment taken in the middle of exams. Twenty computer monitors, four computer towers, a projector and five laptops were taken. According to police, officers traced the two suspects - aged 20 and 21 - who took them to a house in Umlazi where they had hidden 17 monitors and a laptop. Officers then went to another house, where the projector was recovered. The two arrested will face burglary charges when they appear in the Umlazi Magistrate's Court this week.

Three-hundred-and-eighteen rhino were poached in SA in the first half of the year, the environmental affairs department announced on World Rhino Day on Sunday. This was a decrease from the 386 killed over the same period - January 1 to June 30 - the year before. Of the 318, 190 were in the Kruger National Park. There were 1,202 incursions and poacher activities recorded in the park in the first six months of 2019. In releasing the figures, minister Barbara Creecy said it was vital that communities living around the various parks were brought into the “mainstream of conservation” if the country wanted to deal with poaching. “We will redouble our efforts to make sure that communities who live on the borders of our parks benefit from conservation and the biodiversity economy so they are not vulnerable to recruitment by syndicated poaching operations,” she said. 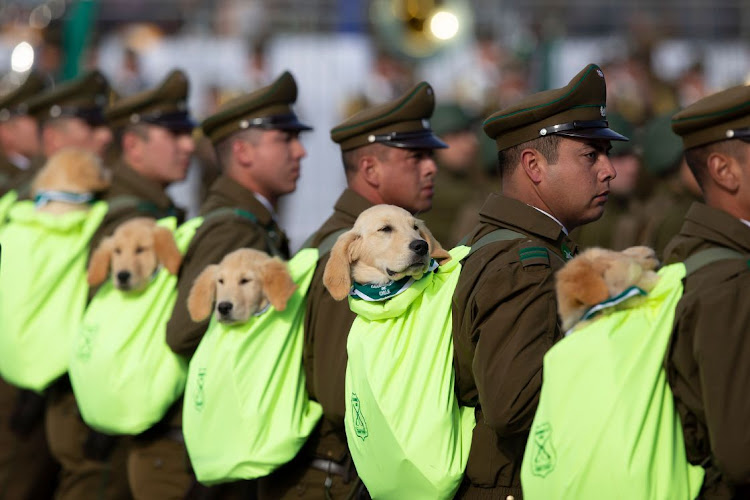 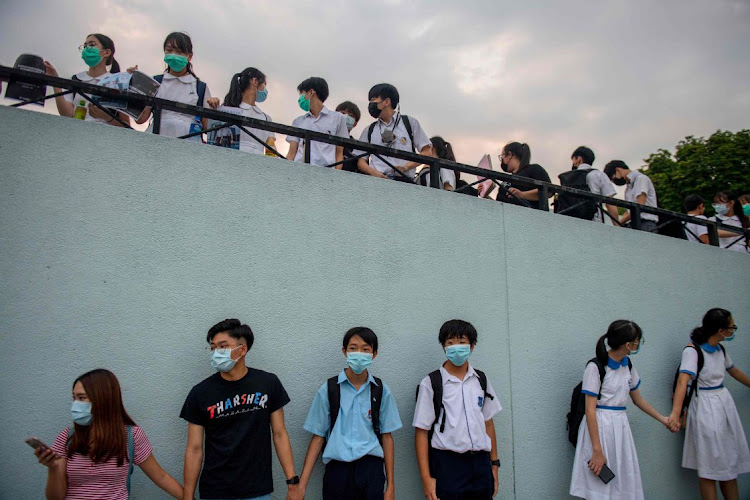 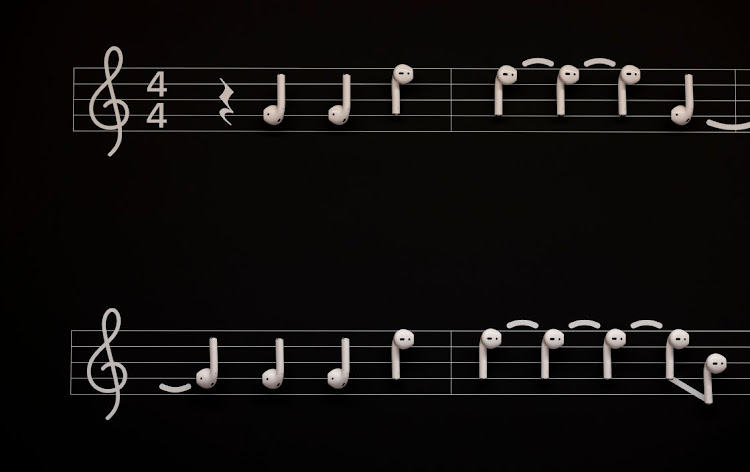 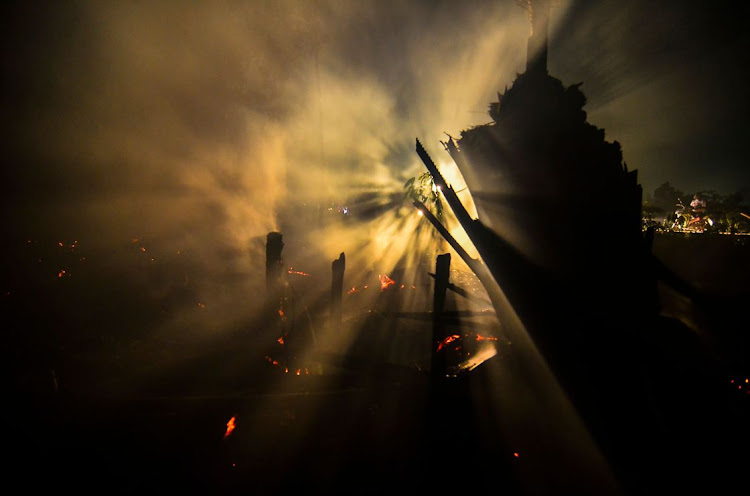 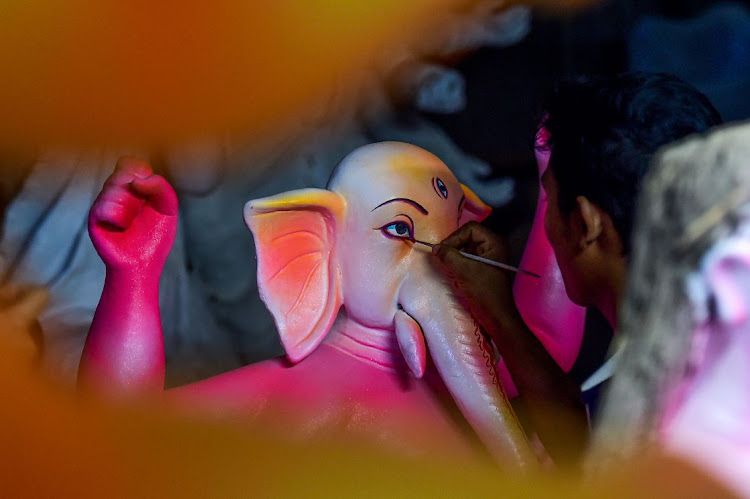 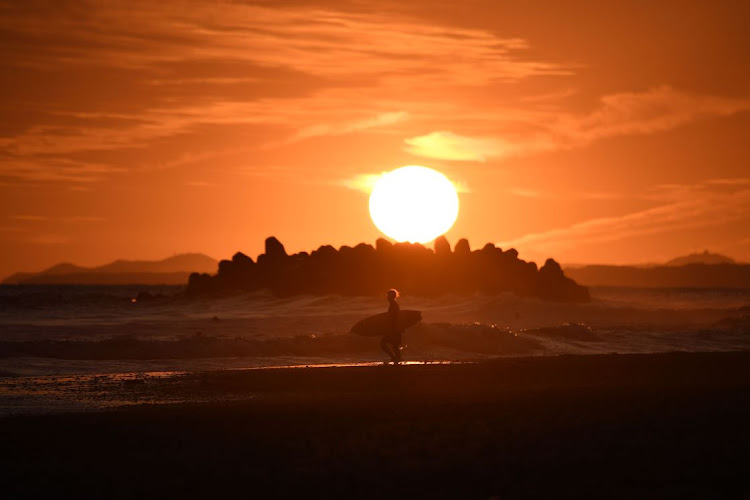 As Harry faces his own minefield, he should follow in Di’s footsteps

The duke’s Africa tour can repair the harm from a host of hostile headlines, says Diana’s former aide

The drones of war: Why the Saudi oil attack won’t be the last

Medicated but still depressed? Better check you’re not on this dud drug

Sertraline may ease anxiety symptoms, but takes longer to help with depression, a study has shown

In a downtrodden part in Mexico City, where an old rubbish dump once lay, troubled one-time gangsters are turning their lives around with the help of an obscure sport. Wearing traditional belts and loincloths, the players hit a heavy rubber ball with their hips, trying to send it through a vertical stone ring 6m high.The sport is the Aztec game of ulama, and it is experiencing a national revival on the 500th anniversary of the start of the Spanish conquests. Banned by the Spanish conquistadors, locals are now reconnecting with their indigenous roots and finding a way out of a cycle of drugs and violence thanks to a new court built to mark the anniversary. – Telegraph Media Group Limited (2019)

Light from your phone will not damage your sleep as much as keeping it next to your bed will, Oxford University scientist Prof Russell Foster claims. Screen lights are too weak and unlikely to affect sleeping patterns, he says. Exposure to light sets the internal body clock through sensors in the eye. Research has suggested that the “blue light” produced by smartphones can delay the body’s production of the sleep hormone melatonin. But Foster said the circadian rhythm is only disrupted when exposed to a large volume of light over a significant period of time. – Telegraph Media Group Limited (2019)

Surveys of India’s tiger population that cheered conservationists by reporting sharp rises in numbers may have been exaggerated. The survey team may have double-counted scores of tigers by misinterpreting camera trap photographs. An analysis by experts has revealed the survey over-counted tigers by as much as 16%, meaning 221 of the tiger photos should have been discarded. – Telegraph Media Group Limited (2019)

Hope for Spacey as accuser dies

Kevin Spacey’s sexual assault trial has been thrown into doubt after his accuser died before the case could be heard in court. The alleged victim, a massage therapist, claimed the actor groped him in October 2016. He filed a civil suit against Spacey for sexual battery, gender violence, battery, assault, intentional infliction of emotional distress and false imprisonment. A hearing for the trial was scheduled for next May, but Spacey’s lawyers revealed in a court filing last week that the man had recently died, leaving the future of the proceedings uncertain. The accuser’s estate has a 90-day time limit to be substituted into the lawsuit in order for it to proceed. – Telegraph Media Group Limited (2019)

Austria to welcome descendants of Jews

Austria’s parliament has ratified a law extending citizenship to the descendants of Nazi victims who fled during and after Hitler’s Third Reich.The move opens the way for the children, grandchildren and great-grandchildren of hundreds of thousands of Jews persecuted by the Nazis to apply for Austrian nationality. Previously, only Holocaust survivors themselves were eligible for citizenship. –Telegraph Media Group Limited (2019)

British holidaymakers have been “held hostage” at a Tunisian resort over unpaid bills by Thomas Cook amid fears of its imminent collapse. Terrified guests revealed that armed security guards locked the gates and barricaded every exit, warning they could not leave until they paid for their bookings. Most refused to hand over any cash, having already paid Thomas Cook for their holidays, leading to fraught scenes as company executives met their biggest shareholder and creditors in London in a last ditch plea for a rescue deal. If the tour operator was not granted a £200m lifeline, it was expected to go into administration last night, leaving 150,000 holidaymakers stranded. – Telegraph Media Group Limited (2019)

In the Moody for a little myth busting? The lowdown on ratings agencies

The subject is riddled with misinterpretation, but what is certain is that we need a momentous event

‘This is guerrilla war’: Airbnb squares up to city bosses

Keep your K9’s canines A1

That monkey on your back, you dare not mention its name

Social media addiction is smothering your life. Here are six ways to kick the habit and reenter the real world

In white-ball cricket, SA needs to heed the English playbook

We have to find more of the De Kocks/Millers et al - and we cannot bat for averages in this format, says former Protea

Blasts from the past: Gerry downs Dokes to win WBA belt