BOK FOR THE RUGBY

EVERYTHING YOU NEED TO KNOW ABOUT THE WORLD CUP

For a battle of the hookers, mountains must be moved

Boks v All Blacks: ‘The Test match every kid wants to play in’

It’s a pool match in name only, the sort of mammoth contest with deep historical roots that this World Cup needs

Rassie sparks black-lash in war of words over French ref

How wife killer was undone by ‘arrogant’ mistakes

She’s a bundle of love and I’m proud of her, says kidnap teacher’s dad

Boots on the ground are not enough, says premier in announcing a 'world-class' strategy

Experts explain prosecutors’ difficulties despite months of testimony, and what options they now have to bring justice

Ninety minutes of rainbow-nationing won’t fix SA, but it sure is better than nothing

If the SABC gets free rugby games, can we get free petrol and surgery?

Fourteen people were arrested and have appeared in court after pulling off a heist near Estcourt in central KwaZulu-Natal. The group robbed a Transnet Freight Rail (TFR) goods train on Friday just outside Estcourt, where they forced the train to stop en route from Durban to Johannesburg. TFR media manager Mike Asefovitz said the robbers managed to stop the train "using signals". He declined to comment further due to the sensitive nature of the investigations. Hawks spokesperson Simphiwe Mhlongo said the 14 were arrested between Saturday and Tuesday. The stolen goods mostly comprised TV sets, surround-sound speakers, DVD players, amplifiers and hundreds of bottles of antacid. The estimated value of the haul was about R1m. They will appear again on October 2.

The Ndlovu Youth Choir may not have won America’s Got Talent but they united the nation behind them. The group made it to the final of arguably the biggest TV talent show competition in the world, where they performed Toto's Africa on Tuesday. However, they failed to make the top five. The performance drew applause from the audience and judges. Locally, they trended at number one on Twitter and a video of their performance topped the YouTube chart with more than 780,000 views in less than 24 hours. This season was won by 22-year-old vocalist Kodi Lee.

Pupil, 12, killed in shooting outside school

A Grade 6 pupil was killed by a stray bullet outside a primary school in Ekurhuleni, as attackers gunned down their intended target, an elderly man. The Gauteng education department said the shooting occurred at Izibuko Primary School in Katlehong on Wednesday afternoon. The 12-year-old was a pupil at Mogobeng Primary School, also in Katlehong. She was at Izibuko Primary to see a friend, who had returned from a school trip. The man was at the school to pick up two grandchildren, the department's Steve Mabona said. Witnesses said his attackers followed him and started shouting at him before opening fire. He died at the scene. The schoolgirl was rushed to a hospital with a head wound, but did not survive.

More than 500 Nigerians fearing xenophobic attacks have now been repatriated by air after a second flight carrying adults, children and infants left SA on Wednesday. Air Peace evacuated 315 people in the latest flight, with the airline’s CEO, Allen Onyema, promising that evacuations would continue as long as people wanted to return home. Last week, 187 Nigerians were repatriated by the airline. Onyema was quoted by This Day newspaper as saying that South Africans “stereotyped and stigmatised Nigerians”. He said: “This evacuation was a lifeline for them and they grabbed it with both hands. A lot of them were very happy coming home.” Nigerians who returned home were offered medical check-ups, counselling, gifts, cash, airtime, data and loans to start businesses.

A threatened march to the Kruger National Park on Friday has been called off after SANParks tabled an improved salary increase, a union said on Thursday. The Health and Other Services Personnel Trade Union of South Africa (Hospersa) said SANParks had offered an 8% increase, backdated to May. SANParks confirmed that a deal had been reached.
HEARTACHE Motshidisi Rapuleng mourns the death of her daughter, Rethabile, a Grade 6 pupil from Katlehong, Gauteng. According to reports, the pupil, 12, was caught in a crossfire between taxi association rivals, which also led to the fatal shooting of a grandfather. Rethabile succumbed to her injuries in hospital on Thursday morning.
Image: Alon Skuy

A video of a roadside dust-up involving seven people in Pretoria North went viral this week. 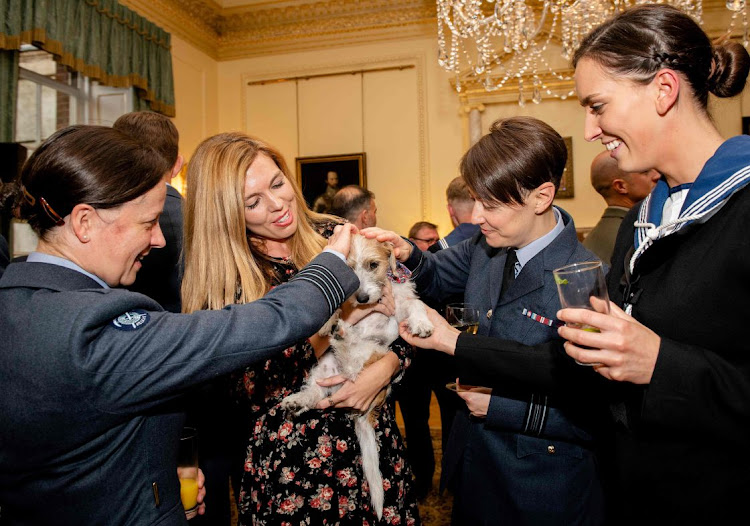 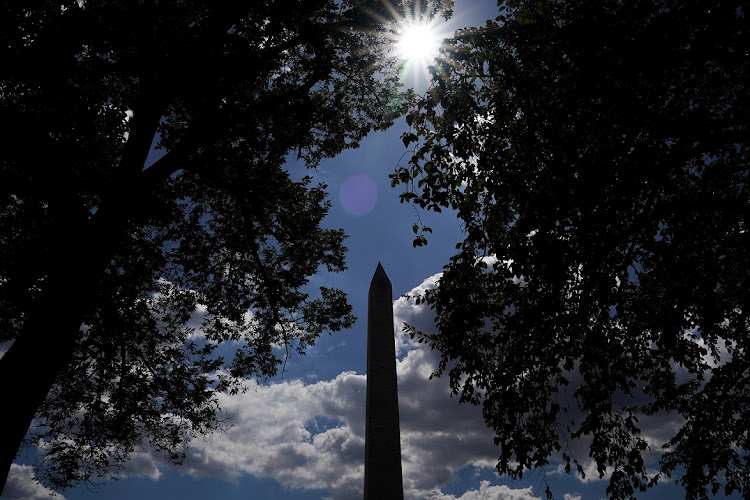 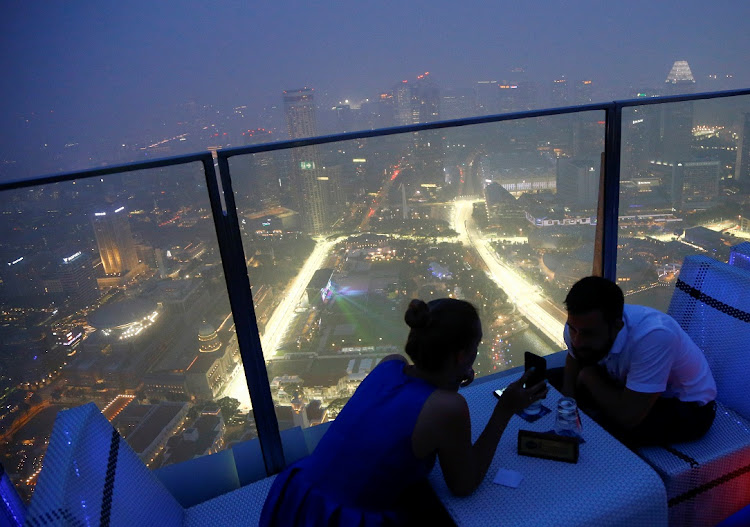 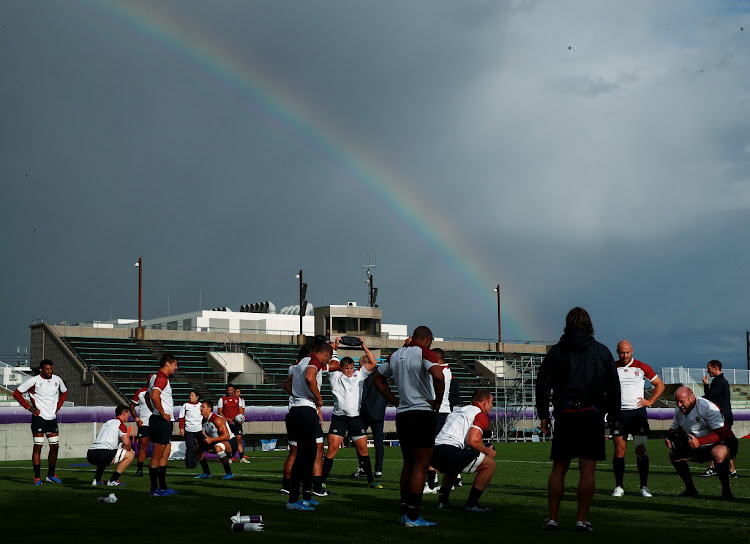 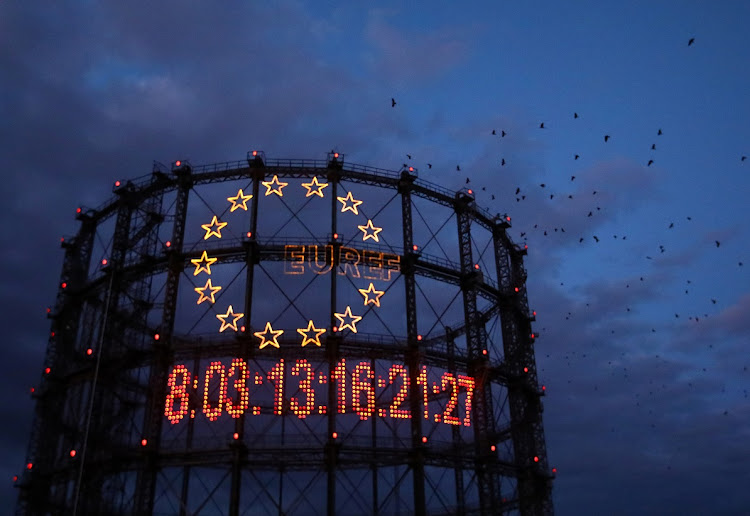 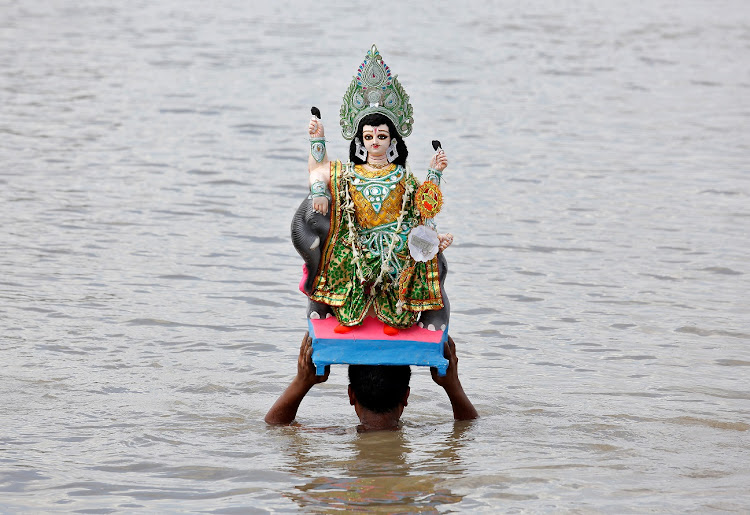 The idea might merely be to obfuscate and obscure its power over what users say, but ultimately it is a smart move

Say what you like, Captain Cook was a hero, not a barbarian

The bloodshed notwithstanding, there were far crueller men who could have arrived in New Zealand's Poverty Bay in 1769

The heroic genius of Beethoven, and why we need him more than ever

We’ll give global warming a kick in the asteroid

About half-a-billion years ago, a 150km-wide asteroid broke up between Jupiter and Mars, sending out a vast dust cloud that blocked sunlight and plunged Earth into an ice age. Now scientists have suggested a similar manmade event could protect our planet from runaway global warming. The plan would involve towing or pushing an asteroid to a point in space, where gravitational forces even out to provide a static "parking spot", known as a Lagrange spot. The asteroid could then be drilled into, or blown up, to create an "anchored dust cloud" that would shield Earth from the sun. It might seem extreme, but governments are already looking for ways to deflect or explode asteroids in the event of an incoming space rock. – © Telegraph Media Group Limited (2019)

Failing to reply within a day, leaving messages on "read" and bombarding people with your thoughts are the worst messaging etiquette mistakes, a new guide by Debrett's has ruled. The renowned etiquette company has launched a new manual in collaboration with Facebook on how to properly use messaging apps, amid a trend towards increasingly using emoticons and memes instead of formal English words. Long and rambling stories, oversharing other people's information and ignoring messages are among the most hated habits that persist on online messaging apps, the guide states. – © Telegraph Media Group Limited (2019)

An Australian bushwalker said he crawled for two days with "the whole bottom half" of his leg "loose" so he would have a chance of being spotted from the air. Neil Parker, 54, was walking in Cabbage Tree Creek on Mount Nebo, northwest of Brisbane, the state capital of Queensland, on Sunday, when he slipped and fell 6m down a waterfall. The fall broke his leg and wrist. From a hospital bed yesterday, Parker said: "My left foot below my ankle snapped in half … the whole bottom of my leg came loose". The experienced bushwalker used hiking sticks to fashion a splint, a process so painful that it caused him to hallucinate, and then crawled 3km in two days to an area where he hoped helicopter crews might see him. Surviving on an energy bar, sweets and basic painkillers he had in his pack, he was finally spotted by a rescue helicopter. – © Telegraph Media Group Limited (2019)

British Prime Minister Boris Johnson has said he was not embarrassed after being filmed lying to the father of a sick child angrily confronting him during a hospital visit on Wednesday. Johnson was stopped by the dad, whose daughter was being treated at the London facility, to hear complaints about cuts to health funding and criticism that he was using the visit as a "press opportunity". The British leader could then be heard telling the father that "there's no press here" -- despite media standing nearby filming the incident. "What do you mean there's no press here - who are these people?" the man responded irately, gesturing towards the cameras, as the befuddled British leader struggled to respond. Backers of the prime minister noted the father, who was revealed as Omar Salem, was an activist for the main opposition Labour Party. – AFP

Shaman on way to ‘banish Putin’

Russian police said on Thursday they had detained a Siberian shaman trekking towards Moscow on a mission to expel "demon" President Vladimir Putin, picking up a crowd of supporters on the way. Police in the Siberian region of Buryatia told Interfax they had detained Alexander Gabyshev and would put him on a flight back to his home region where he is "wanted for committing a crime". Gabyshev had attempted to walk 5,000km from his home city of Yakutsk to Moscow. His simply expressed statements about Putin captured public attention, prompting opposition protests as well as a sharp response from the authorities and muckraking reports on pro-Kremlin TV. "God said that he's a demon," he told the TV Rain channel in July. "Nature doesn't like him. Where he is, there are cataclysms and acts of terror. Once he's gone, there will be 1,000 years of calm and prosperity," he said, wearing a Che Guevara T-shirt. – AFP

Thai panda death too much for China to bear

Chinese experts arrived in Thailand to investigate the death of a beloved giant panda, zoo officials said on Thursday, as millions of netizens in China questioned the cause of the male bear's sudden demise. Chuang Chuang, a resident of Chiang Mai Zoo since October 2003, died on Monday at the age of 19 after years of living in an air-conditioned enclosure with female Lin Hui. The pair were on loan from the Chinese city of Chengdu as part of Beijing's "panda diplomacy" and were supposed to be returned in 2023. Pandas can live up to 30 years in captivity and Chuang Chuang's sudden death has raised questions about his care. China "urgently dispatched panda experts" to investigate the cause of death, according to the Chiang Mai Zoo, and a Chinese-Thai "joint working team" would perform an autopsy. - AFP
PET PROJECT Donald Trump visits the US.-Mexico border in Otay Mesa, California.
Image: Reuters/Tom Brenner

OPside: black asset managers are yet to sight Uhuru

Only the fittest survive, and the normalisation of the asset management sector in SA remains slow

Someone had to come in and arbitrate in Brait’s affairs

While its future might not be as laid out in the Arbiter document, there’s no doubt it will be dramatic

Kabwe mess is a warning about toxic nationalisation

School’s out! Top 6 holiday picks for kids on Showmax

He plays at the hottest parties in the country. We caught up with him between gigs

Blast from the past: Parkin ushers in a great era