Lekker, man! Health workers say they get two weeks off – every month

Employees say since Bank of Lisbon fire, lack of space means they work only half of the month

Looted millions and jobs for pals: Zondo hears how the Mdluli rot set in

ANALYSIS: Affirmative action illegal? Here are the facts in black and white

As Solidarity, labour dept fight in two courts, things can get confusing. We unpack them for you

Nothing wrong with an Afrikaans college, except the timing: experts

It might seem ‘insensitive’ at this point in time in SA, but commentators have otherwise dismissed criticism

A year after dagga was made legal, there’s little to get the giggles about

All Rhodes lead out of Makhanda if the potholes ...

A small, elite varsity marooned in a decaying town is on the road to ruin if something isn’t done fast to save it

A sexual assault charge against former Western Cape ANC leader Marius Fransman, going back to 2016, was withdrawn on Wednesday. NPA spokesperson Phaladi Shuping said the charge was dropped in the Kimberley Magistrate’s Court. Louisa Wynand, who said she was hired as his "personal assistant", opened a case early in 2016 accusing Fransman of sexual assault while the ANC was holding celebrations in North West. The ANC national disciplinary committee later announced it had found him guilty on two counts of misconduct and suspended his party membership for five years. On Wednesday, the ANC in the Western Cape said it could not immediately comment on the merits of the case.

Nine Durban University of Technology students have been charged with attempted murder after petrol was poured on a security guard who was almost set alight on Wednesday. According to police, the incident occurred on the university’s Steve Biko campus on Wednesday morning as classes were set to resume after a three-day suspension of the academic programme. “The students attacked a 27-year-old security guard who works at the tertiary institution. They assaulted him, poured petrol on him and attempted to set him alight. He was rescued by his colleagues who witnessed the attack. He sustained severe injuries and was conveyed to hospital for medical attention,” said police spokesperson Brig Jay Naicker. A maintenance room and two security guardhouses were set alight. The students, aged between 20 and 30, would appear in court soon.

Reasonable chastisement ‘no defence for spanking’

Parents no longer have a defence if they are accused of assault for smacking their children. The Constitutional Court on Wednesday upheld a high court ruling to do away with the common-law defence of reasonable chastisement when spanking a child. The issue reached the apex court after civil society group Freedom of Religion SA challenged a 2017 ruling by the South Gauteng High Court that effectively ruled that it was illegal for parents to spank their children. The case has its origins in the conviction of a father for assaulting his 13-year-old son in Johannesburg. The father argued in his defence that he was administering moderate and reasonable chastisement under common law. But the high court ruled this was unconstitutional on the grounds that it violated the child’s right to equal protection of the law, dignity, freedom from all forms of violence and degradation, bodily and psychological integrity, and the child’s right not to be discriminated against based on age.

The presidency has lost a bid for leave to appeal a court ruling that ordered the release of records relating to the cabinet reshuffle two years ago that saw Pravin Gordhan removed as minister of finance by then-president Jacob Zuma. The case stems from the DA’s court bid to challenge the controversial March 2017 reshuffle. At the time, the SACP asserted that Zuma had used a document claiming to emanate from international intelligence to justify his recall of Gordhan from an international investor road show and to motivate the reshuffle. The DA wanted Zuma to furnish it with a record of his decision about the reshuffle. When this wasn’t forthcoming, the DA approached the high court in Pretoria to compel Zuma to do so. The court in May 2017 ordered Zuma to disclose the record. In a majority decision on Wednesday, the Constitutional Court dismissed Ramaphosa's application with costs.

Three children and a 19-year-old were murdered by gunmen who burst into a wendy house in Cape Town late on Tuesday. Police said three suspects were arrested within hours of the shooting in Elsies River, which occurred at 11pm. A sister and brother, 10 and 12, were among the dead. Another 12-year-old was killed, and the children's mothers - aged 33 and 30, according to police - sustained serious gunshot wounds. Provincial community safety MEC Albert Fritz alleged the 19-year-old who died was affiliated to a gang. Police spokesperson Brig Novela Potelwa said anti-gang unit members, crime intelligence officers and the Elsies River police worked through the night to hunt down the suspects. Three people, aged 30, 36 and 27, were arrested.

The Nelson Mandela Foundation will appeal the high court's decision to dismiss its application to hold AfriForum’s Ernst Roets in contempt of court for tweeting a picture of the old SA flag. Roets landed in hot water after tweeting the image shortly after the Equality Court ruled that the gratuitous display of the flag constituted hate speech. The court did, however, say the flag could be used for artistic, academic and journalistic expression, in the public interest. On Tuesday, South Gauteng High Court judge Colin Lamont found that Roets’s tweet was not in contempt of court. The foundation said it noted Lamont's judgment, but had instructed its legal team to prepare a conditional application for leave to appeal, which includes an application for direct access to the Constitutional Court.

The Ndlovu Youth Choir served the magic of Africa on the America's Got Talent stage on Tuesday when they performed in this season's final of the hit TV talent search competition.The choir now has to wait 24 hours to find out if they have won the competition. 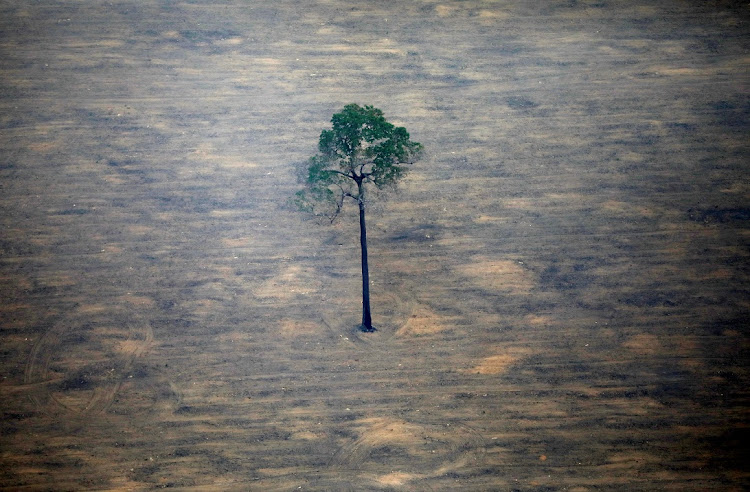 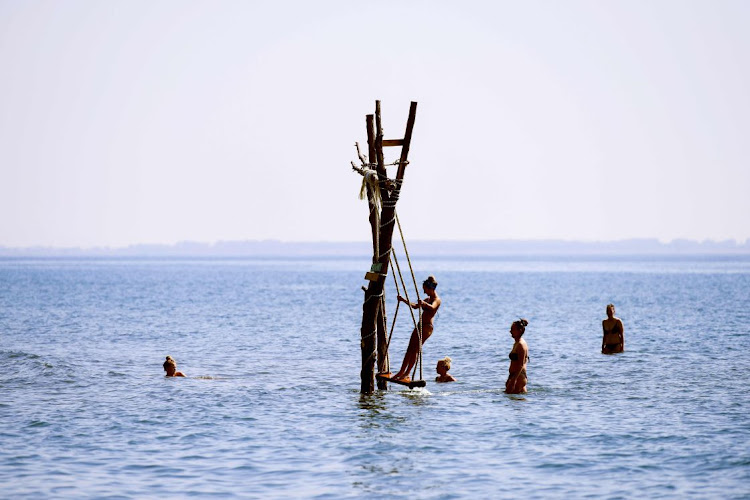 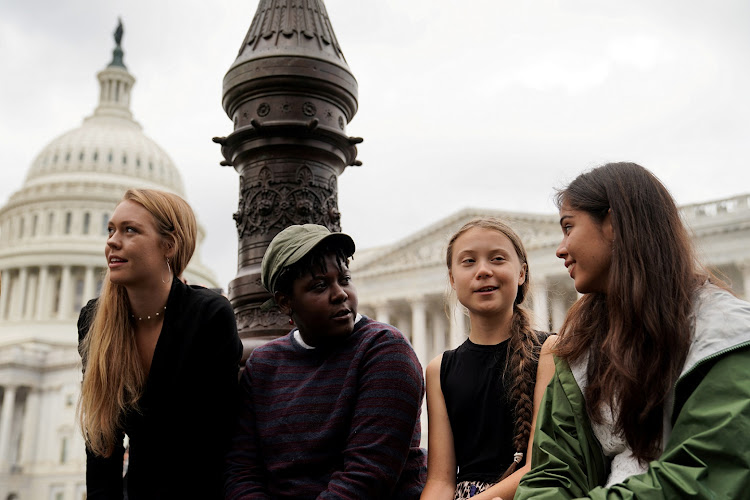 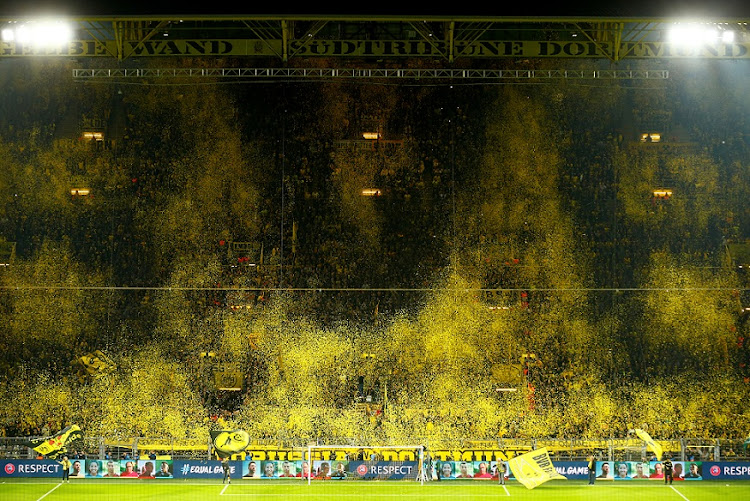 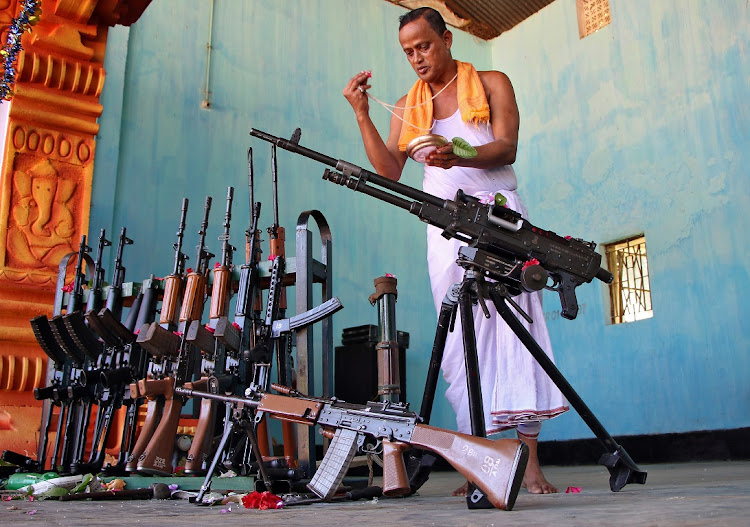 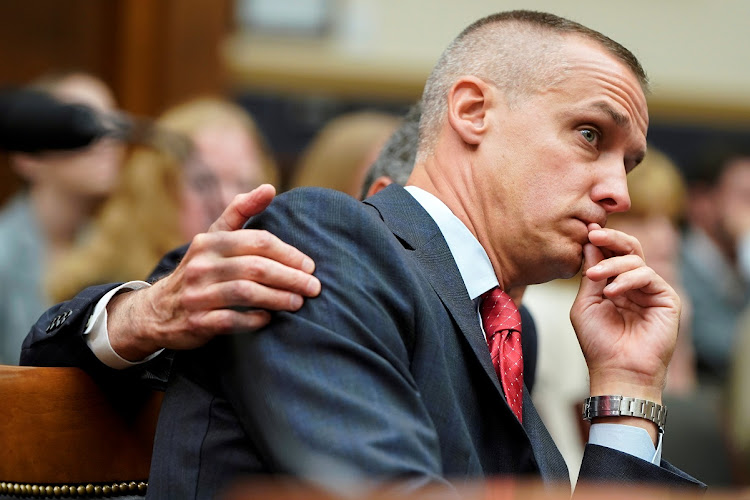 LEAP TO THE FRONT Napoli's Dries Mertens celebrates after scoring a penalty during the Uefa Champions League match against Liverpool in Naples.
Image: Andreas Solaro/AFP

Spain gets sick and tired of democracy

Spaniards were frustrated and angry on Wednesday after being called to the polls for a fourth time in four years and some said they would stay away from the ballot box. Spain has been in political limbo since the Socialists emerged as the biggest party in a parliamentary election in April but without enough seats to govern on their own. Rival parties in the fragmented parliament have failed to support efforts by acting Socialist premier Pedro Sanchez to form a government and on Tuesday night he called a new election for November 10. Political analysts have said voters are so weary of being called to the ballot box that turnout might be lower than usual. — Reuters

India has banned the sale of electronic cigarettes as a backlash gathers pace worldwide about a technology promoted as less harmful than smoking tobacco. The announcement by India came a day after New York became the second US state to ban flavoured e-cigarettes following a string of vaping-linked deaths. E-cigarettes heat up a liquid — tasting of anything from bourbon to bubble gum or just tobacco, and which usually contains nicotine — into vapour which is inhaled. The vapour contains substances that could potentially be harmful. The emergency legislation in New York followed a mysterious outbreak of severe pulmonary disease that has killed seven people and sickened hundreds. — AFP

Italian authorities said Wednesday they have helped smash what they called ‘the world’s largest’ pirate streaming TV network with five million customers in Italy alone. The financial police in Naples said they had arrested 23 people as part of the operation against Xtream Codes. Raids linked to the case had been carried out on Wednesday in Bulgaria, France, Germany, Greece and the Netherlands. The piracy operation was allegedly created by two Greek nationals. Italian media reported that the network’s mastermind had been arrested in Thessaloniki. For €12, subscribers could access all content from such giants as Sky, Netflix and Mediaset. — AFP

Back to le future on the Seine

A ‘flying’ electric river taxi hailed by its creators as the future of clean city transport is being tested in Paris this week, with a view to being in service later this year. Named the Sea Bubble, the white aerodynamic craft skimmed over the River Seine at speeds of up to 30km/h, hovering 50cm above the water. A journey from the Eiffel Tower in the west to Notre-Dame cathedral in the bubble takes just minutes, as the craft zips past the traffic snarled along the banks of the river. The taxi, which looks like a nautical version of the DeLorean car in the 1980s sci-fi film ‘Back To The Future’, makes no noise and no waves and also emits no CO2. — AFP

Beatles fans can now take a trip through the childhood sanctuary of John Lennon that inspired seminal song ‘Strawberry Fields Forever’, with the former children’s home opening its doors to the public. Lennon used to climb over the fence from his aunt’s house, where he grew up, and play with other children at the Strawberry Field orphanage. Its importance in shaping Lennon’s personality was laid bare in the classic 1967 psychedelic hit. Around 60,000 fans flock each year to the site to have their photographs taken outside the famous red gates, but until now have never been allowed beyond. ‘The gates are open for good,’ said Major Allister Versfeld of the Salvation Army charity.

Treat your pooch well, but not too well

Overweight people are more likely to have overweight dogs, partly because they are more likely to feed them treats, says a study by the University of Copenhagen. ‘The prevalence of heavy or obese dogs is more than twice as large among overweight or obese owners (35%) than among owners who are slim or of a normal weight (14%),’ the researchers said. Of the 268 dogs studied, 20% were overweight. Average-weight owners tend to use treats for training purposes while overweight owners prefer to provide treats in convivial situations, ‘for example, when a person is relaxing on the couch and shares the last bites of a sandwich or a cookie with their dog’, the study said. — AFP

BULL’S EYE: It’s kyk-weer all over again for Naspers

With all the global internet holdings hived off into Prosus, and MultiChoice on its own, what is left?

Grumpy ghosts bicker amid the ashes of African Bank

Here’s how to keep your ’fro poppin’ from roots ...

Five of our fave outdoor chairs that are raising the heat

SPORTS DAY: Faf and Handre primed for slip-sliding away

Baseball: Caribbean and Latin kids eye the big time in the US

Blast from the past: Hek of a night at Emperors Palace