R400m for Rugby World Cup rights was just too much for us, says SABC

Public broadcaster hasn’t worked out how to make a profit from sports coverage, so SA must do without

Bringing the showcase to a wider audience is necessary, but the broadcaster, as a business, is just too rotten

Spy bosses used slush fund to fly kids and church pals, and to kit out home

... and that home was actually supposed to be a safe house, Zondo hears

The DA must understand: making her an ambassador is a small price to pay for never hearing about her ever again

Older, sicker people are among reasons for Discovery hiking medical aid by 10%

Outcry as only two days given to nominate NHI committee

The short turnaround is immoral and flouts the spirit of the constitution, say critics

DON’T MYTH THE SHOW Young Nepali artists look out from a window before performing in a play based on Hindu mythology at the 'Indra Jatra' festival in Kathmandu.
Image: Prakash Mathema/AFP

Mall evacuated as man threatens to blow up bank

Menlyn Maine shopping centre, east of Tshwane, was evacuated on Tuesday after a man threatened to blow up a bank there. Emergency services responded quickly to reports that a man had threatened to detonate bombs inside the bank. Unconfirmed reports suggested that he demanded a substantial sum of money. Police spokesperson Capt Colette Weilbach said the man, in his 50s, entered the branch at about 11.15am. “He handed a note over to the bank teller … The note said there was a bomb planted inside the bank. The security immediately reacted and evacuated the whole shopping centre. SAPS responded and arrested the man inside the bank.” A firearm was confiscated. By 2pm the mall was “not declared safe”, Weilbach said. The man is set to be charged with contravention of the Explosives Act. He is expected in court soon.

Drone strikes on Saudi Arabia's Abqaiq oil refinery have wrought chaos on world oil markets and made the forecasting of the oil price more difficult. This is according to the Automobile Association (AA), which was commenting on unaudited mid-month fuel price data released by the Central Energy Fund. The effect of the attacks has begun to feed into the SA fuel price picture. A 13c a litre increase is forecast for diesel, and 8c for illuminating paraffin. On Friday, decreases were predicted for all grades of petrol - but these declines have narrowed from 11c to 5c in the case of 95 octane, and from 25c to 20c for 93 octane. The AA said that said because of the volatility of the factors that influence the local fuel price, movements are likely and the outlook will change before month end.

The man arrested for the rape and murder of 19-year-old UCT student Uyinene Mrwetyana has been dismissed from the Post Office. This comes after an investigation by the Post Office was concluded last week. The man, who cannot be named due to a court order, is behind bars awaiting his next court appearance in November. "The accused has since been summarily dismissed as he made himself guilty of gross misconduct by intentionally misleading the organisation and stating under oath that he had never been convicted of any criminal offence," the department of communications, telecommunications and postal services has confirmed. Minister Stella Ndabeni-Abrahams met the Post Office board on Friday and demanded that action be taken against those who knew the accused was a convicted criminal and did nothing about it.

A bid to have AfriForum’s Ernst Roets held in contempt of court for tweeting a picture of the old SA flag was dismissed on Tuesday. Roets landed in hot water after tweeting the image shortly after the Equality Court ruled that the gratuitous display of the flag constituted hate speech. The court did, however, say the flag could be used for artistic, academic and journalistic expression, in the public interest. Roets posted a picture of the flag, asking: "Did I just commit hate speech?" The Nelson Mandela Foundation went to court, arguing that the tweet clashed with the ruling by the Equality Court and amounted to hate speech. The Equality Court, sitting in Gauteng, dismissed the application on Tuesday, ruling that Roets had not been in contempt of court.

Heavy seas capsized a boat at a popular tourist attraction in Bali, claiming the life of an SA holidaymaker and a tourist from Brazil. The boat captain was seriously injured during the incident on Monday. Bali’s search and rescue agency (Basarnas) said the boat was struck by a big wave and capsized at Devil’s Tear cove at Nusa Lembongan island. The two foreign holidaymakers drifted away in rough seas and were retrieved by a passing boat. Basarnas said the Brazilian, 48, and the South African, 43, were already unconscious. They were taken to a community health centre where they were declared dead.

The KwaDlangezwa satellite police station near the University of Zululand (Unizulu) was torched on Monday night. Local police confirmed that the community service centre had gone up in flames. This follows a protest by students demanding improved safety after a student was attacked at his off-campus accommodation recently. In the wake of the violence Unizulu has suspended all university activities with immediate effect. The institution said on Tuesday the campus would only reopen after the assessment and finalisation of the investigation into the strike.

A traffic officer went well beyond the call of duty when he tried to stop a motorist in Gauteng, hanging on to the bonnet of the car for dear life as the motorist tried to drive away on September 13. The officer was issuing a ticket in Krugersdorp when the motorist sped off with the officer still on the bonnet. 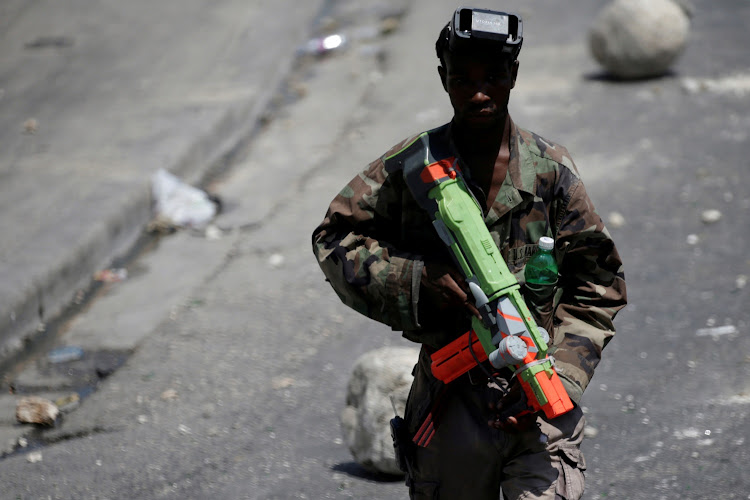 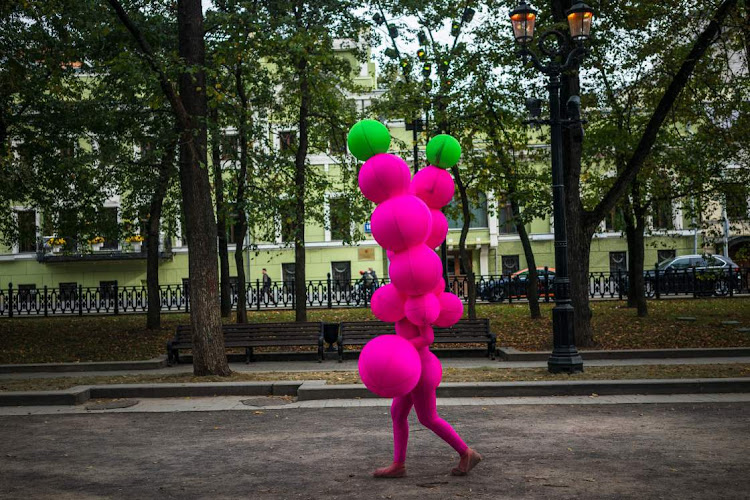 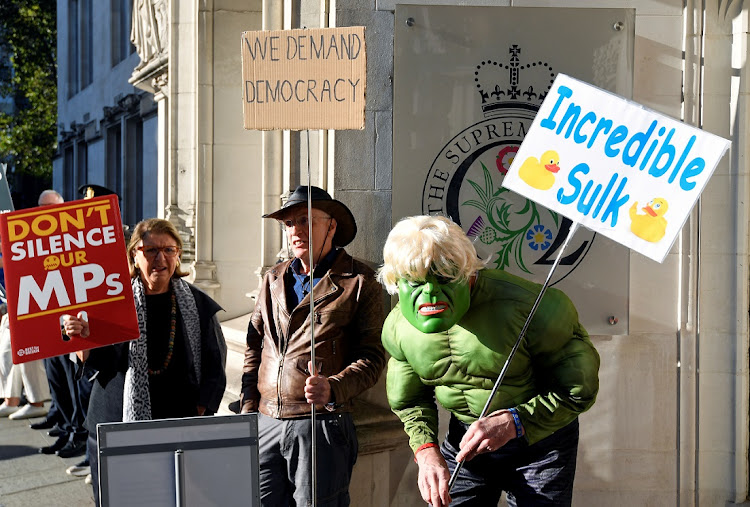 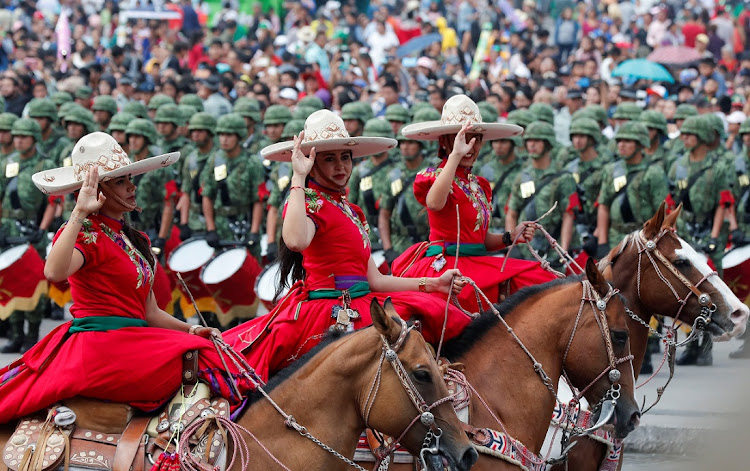 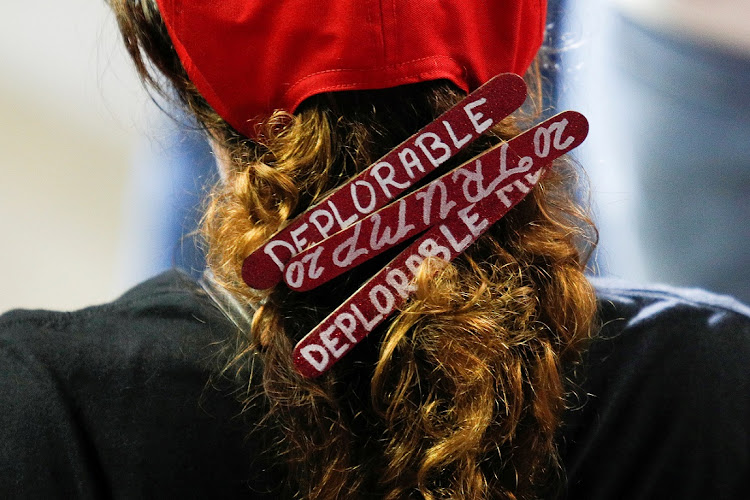 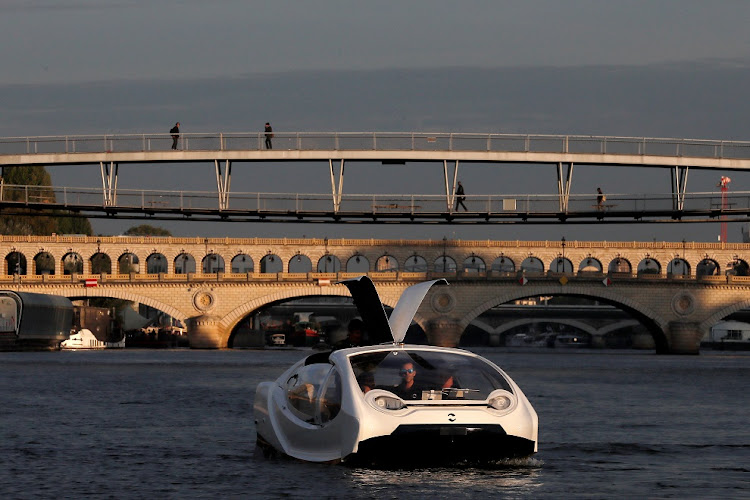 We desperately need something that deals with pests in a sustainable way, and pheromones are just the thing

Brexit: Supreme Court is the new kid on the bloc

Britain’s Supreme Court began considering legal challenges to PM Boris Johnson’s decision to suspend parliament for more than a month. The court started hearing three days of arguments over Johnson’s move. The politically charged case could lead to parliament being recalled and Johnson’s political hand severely weakened in the run-up to the October 31 departure date. – AFP

Russian celebrities have launched a solidarity campaign for an actor they say was wrongfully jailed. A Moscow court sentenced Pavel Ustinov, 23, to three and a half years in prison for violence against police at an opposition protest even though he claimed he was a bystander. His sentencing sparked outrage because the court refused to consider video footage that showed police in an apparently unprovoked attack on the actor. – AFP

Modi biopic is the icing on the giant cake

Supporters of Narendra Modi say the Indian PM, who turned 69 on Tuesday, remains as popular as ever as a new Bollywood film on his life was announced. Modi spent the day in his native state of Gujarat and addressed a public gathering. In Delhi, BJ Party members cut a giant cake to mark his birthday and the changes to Kashmir’s status. – Reuters

US police tied up with ‘Spiderman’ device

With 49 people killed last year after being shocked by Tasers, police departments across the US are trying out a ‘Spiderman’-like device that fires a tether that entangles and restrains the suspect. Called Bolawrap, the device fires a bola-style tether at a suspect to entangle his legs. It works at a 3-7.6-metre range. – Reuters

Samoan players will keep traditional Pacific Islander tattoos hidden with skin suits during the Rugby World Cup in Japan. For the Japanese, tattoos have long been associated with members of ‘yakuza’ crime syndicates, and inked tourists may be met with disapproval. Tattoos are also a fundamental part of Pacific identity, but Samoa’s team manager says they have to respect the culture of the land they are in wherever they go. – Reuters

Universal Music Group (UMG) is hoping Southeast Asia is the new hotbed for hip-hop. Universal unveiled its headquarters in Singapore with a performance from six new signees. Adam Granite, who oversees UMG’s market development in Asia, thinks it’s a safe bet. But a genre that often tackles contentious social issues can be challenging in countries where free speech is curbed. – Reuters

Keen on going steady, rather than a fast fling? Buy Bidcorp

Because 92% of revenue comes from outside SA, the food services giant has attractive rand hedge qualities

Quantum cries foul over feed costs, but it has room to grow

The falling price of eggs hurt the poultry producer, but the company has little debt and is churning cash

Turn those sweet little things of yours into fruit fanatics

Kids will become lifelong fans of plums, peaches and nectarines with these healthy and easy to make snacks

It needn’t go to waste or be doomed for cooking: here’s how to preserve wine you opened but didn’t polish off

These super-foodie awards will be very tastefully done

Winners of the 21st dining awards will be announced in Johannesburg and Cape Town next month.

When little willy, willy won’t go, you pass a law about it

To be safe from unwanted naked genitalia, go to Texas

Blasts from the past: WBF belt goes to Molefyane in 1994