Ramaphoria is dead and SA is in the toilet. It’s time to man up, Cyril

Femicide, rape, murder, a tanking economy – everything’s getting worse, and action from the top is our only hope

NHI has so many holes, it’s bound to sink, experts warn

What will it cover, at what price? Unanswered questions will mean endless court action if sense doesn’t prevail

Plucky cable firm takes on Competition Commission and wins ... at a price

Tulisa spent nine years fighting claims that it was part of price-fixing cartel. Now it has to restore its business

‘Government is sabotaging black farmers. My ordeal proves it’

After 17 gruelling years, it took court intervention to force the government to honour its promises to Limpopo farmer

Rental car dents are smaller than even the small print, so check both

There’s no evidence that ‘Mr Crispa’ beat up his neighbour, court finds

The businessman has been acquitted of serious assault charges

Sunny SA is a bed of thorny roses, say expats

Global survey reveals leisure is a big drawcard, but crime and poor connectivity bring the country down

Cape Town is lit! At least, Generation Z thinks so

A new international study unpacks the best cities for Gen Z, and the Mother City is one of them

They wrote it this week: Jack Kerouac chases skirt, and a fuss about pus

How do I love the heroic Canadian writer? Let me count the ways

How to make a good film? Steal a camera, says Werner Herzog

Visionary director talks about his latest work, abiding friendship, and the stupidity of not knowing the Bible better

I GET A BITE, YOU GET A STRESS-FREE FUTURE. DEAL? A child passes food to an Extinction Rebellion activist during London Fashion Week.
Image: Reuters/Simon Dawson

Metro police have arrested the driver of a taxi who smashed into a wall of the Johannesburg Zoo on Sunday morning, leaving 16 passengers injured, paramedics said. The incident, on Jan Smuts Avenue, occurred while roads were cordoned off for a road running event in the area, said ER24 spokesman Ross Campbell. “ER24 paramedics from two branches arrived at 10.30am to find multiple services in attendance. One seriously injured female was treated using advanced life support interventions before being transported to a private hospital for further care. “Four other adults were treated by our medics and transported to Hillbrow Clinic for further care. Eleven other patients, including one baby and one child were treated by other services on the scene,”Campbell said. “It is unknown as to the exact cause of the incident, however SAPS and JMPD were on the scene for further investigations.”

Minister of justice and correctional services Ronald Lamola will review a decision by the correctional supervision and parole board to release convicted rapist and abuser Bob Hewitt on parole. The department of justice said on Sunday Lamola had received confirmation from the parole board that Hewitt would be released. A letter sent to one of Hewitt’s victims confirmed that he would be released on September 23. “On August 23 2019, the correctional services and parole board considered the application of Mr Hewitt for placement on parole and placement on parole was granted to him to be placed out on September 23 2019,” the letter read. The letter also said Hewitt would be released under the “high risk” category for the duration of his parole which ends on September 19, 2022. “Upon studying the CSPB’s decision, the minister noted with grave concern the lack of participation by the victims of crimes in the parole consideration process.”

President Cyril Ramaphosa has sent high-ranking emissaries on a mission to reassure African countries after a wave of xenophobic attacks, the presidency said on Sunday. At least 12 people have been killed in the surge of mob violence targeting foreign-owned businesses and homes, mainly in and around Johannesburg since the start of the month. Hundreds of economic migrants from neighbouring Zimbabwe and Mozambique have fled to shelters and Nigeria has flown 600 of its citizens back home after they were targeted in the violence. The mission, led by former minister Jeff Radeba, left SA on Saturday and will visit Nigeria, Niger, Ghana, Senegal, Tanzania, DR Congo and Zambia, the presidency said.

One million people, including more than 150,000 children under the age of five, are facing food shortages in storm-affected areas in Mozambique, according to the United Nations Children’s Fund (Unicef). The situation is a result of the devastation brought by cyclones Idai and Kenneth, which struck central and northern Mozambique in March and April. The two storms, Unicef said, brought widespread flooding, the destruction of almost 7,800 square kilometres of agriculture crops and the displacement of tens of thousands of families. “The number of children under five facing ‘crisis’ levels of food insecurity is expected to rise to 200,000 in storm-affected areas by February 2020. Around 38,000 children could become severely malnourished and at risk of death over the same period,” said Marcoluigi Corsi, Unicef’s representative in Mozambique.

Two men who allegedly robbed a woman at an ATM in Port Elizabeth on Saturday will be in court on Monday thanks to Jack the police dog. “It is alleged that on Saturday, at about 3pm, K9 unit members were patrolling near the Kenako Mall in Algoa Park when they heard a woman screaming. When they stopped, a woman in her 50s informed them that she was just robbed at the ATM of her cash and bank card and that the suspects fled in a white VW Polo. Members headed off in search of the vehicle … spotted it in Daku Street in Kwazakele. When the suspects spotted the police, the front passenger exited and ran off. When the driver made a dash for freedom after ignoring several warnings to stop, Jack was released and apprehended him.” The passenger in the back also tried to run for it, but but “Jack was soon on his heels”.

North West police have launched a manhunt for the killers of three men who were gunned down at a house in the Chris Hani section in Kanana near Klerksdorp on Friday. Police said information at this stage was that the victims were “socialising” at the house when the incident occurred. Police on patrol heard gunshots and went to investigate. They found two men with gunshot wounds, lying face down in a pool of blood. A third man, who was trying to escape, was found lying outside the house with a gunshot wound to his chest. The victims were aged between 25 and 30. No arrests had yet been made and the motive was still unknown. 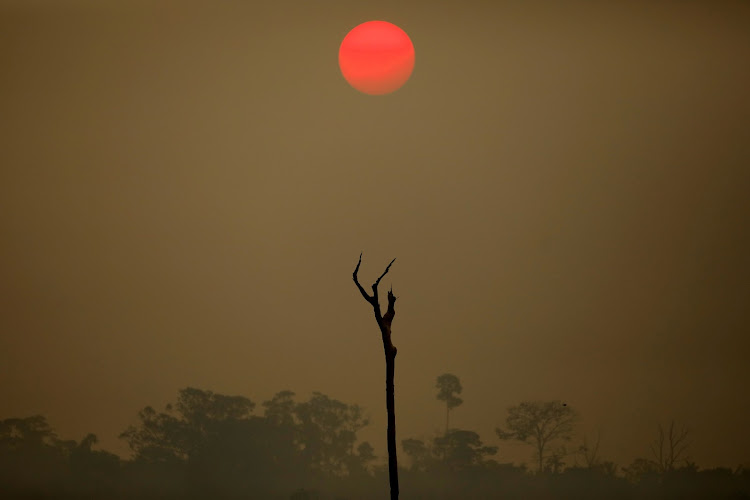 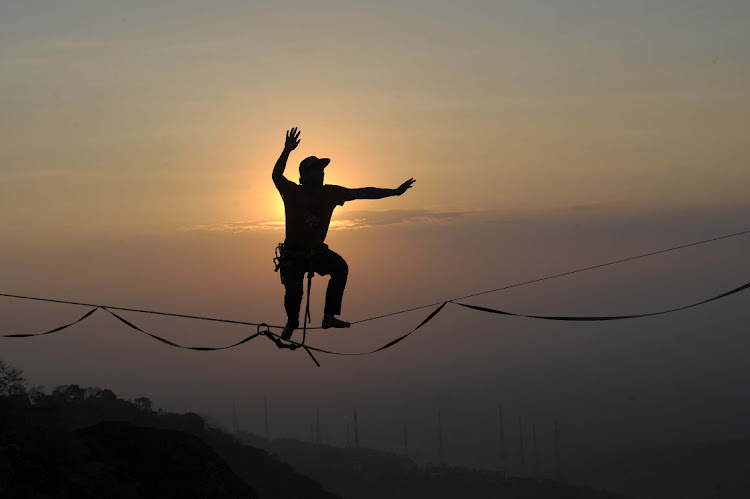 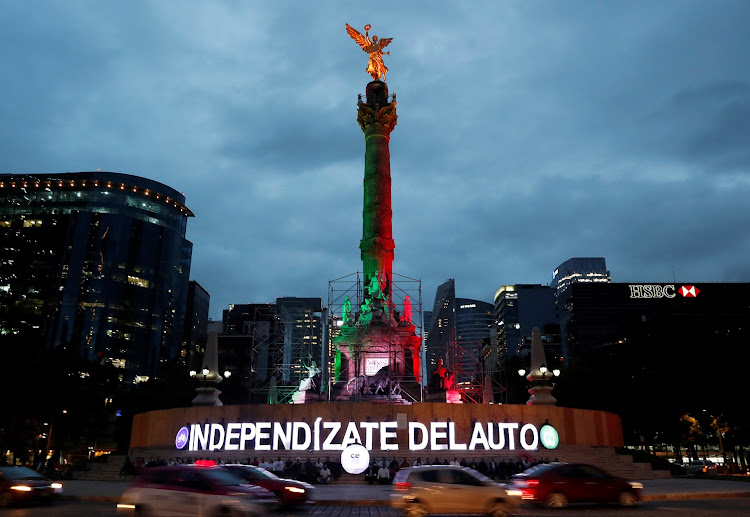 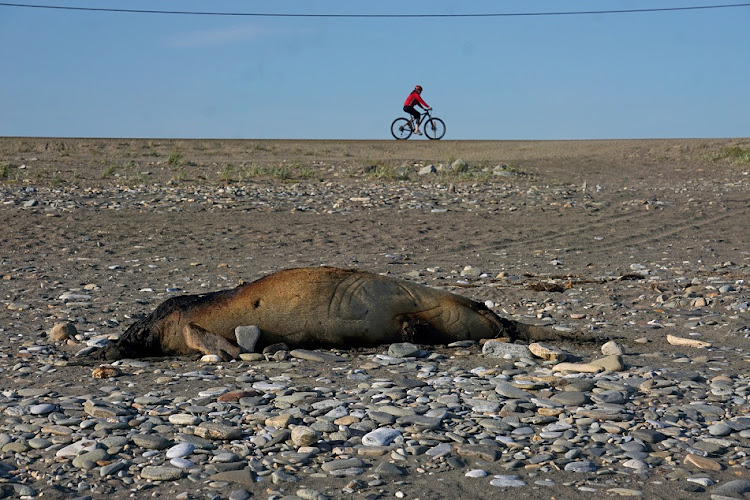 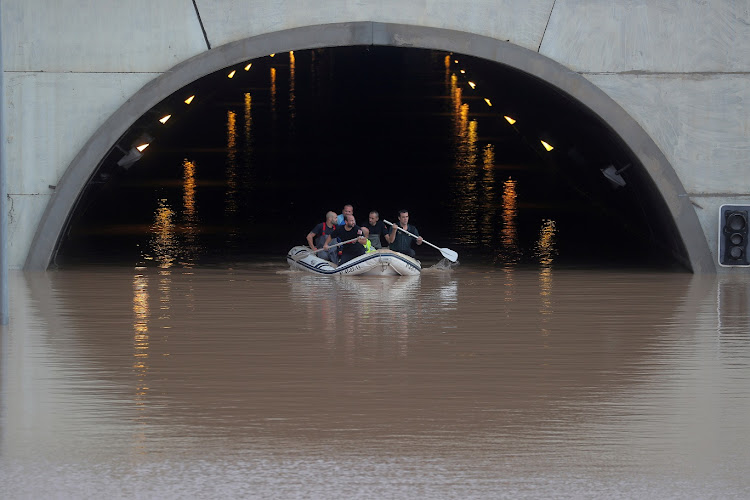 Remainers of the day: David Cameron is still baffled by Eurosceptic Tories

Sex pest’s victim claims she was raped daily, then sent back to SA, the land of her birth, to recruit more girls

A new study says people feel like a ‘proper grown-up’ by 26, but there are a few important milestones to reach

THE HEAT MAKING YOU DIZZY? HERE'S SOMETHING FIZZY A monkey handler feeds his monkey a cold drink in New Delhi.
Image: Sajjad Hussain/AFP

US vapers are going back to cigs

American smokers are turning back to cigarettes amid health scares over vaping, experts have warned. Vaping has been linked to six deaths across the US and Donald Trump moved to ban flavoured e-cigarettes. Dr Sally Satel, of the American Enterprise Institute, said the proposed ban could lead to more people smoking traditional cigarettes. She said: “There is little question that some adults will switch back to their Marlboros and Kools if their preferred flavours are no longer available.” – Telegraph Media Group Limited (2019)

Gatwick will become the first British airport to permanently use facial recognition technology, in a move that will allow passengers to travel without being checked by staff. The airport will use the face-scanning technology on eight departure gates after the runway extension in 2022. The technology allows passengers to walk through security and on to a plane without queuing to show a boarding pass to staff or for a passport check. – Telegraph media Group Limited (2019)

Weinstein told actress to get a beard

Harvey Weinstein told Cara Delevingne that she should pretend to have a boyfriend if she wanted to make it in Hollywood, she has claimed. Delevingne, who is in a same-sex relationship, said Weinstein suggested she get a “beard”, a male fake partner, or her career would fail. The actress and former model also said, in an interview, that the film producer named her famous friends and asked if she had slept with them. – Telegraph Media Group Limited (2019)

Rescued tigers die due to inbreeding

More than half of the tigers that Thai authorities confiscated in 2016 from an infamous Tiger Temple tourist attraction have died from a viral disease because their immune systems were weakened by inbreeding. The Buddhist temple was a tourist destination where visitors took selfies with tigers and bottle-fed cubs until authorities removed its nearly 150 tigers in 2016 in response to global pressure over wildlife trafficking. The confiscated animals were taken to two state-run sanctuaries but it soon became apparent they were susceptible to canine distemper virus. – Reuters

The Afghan Taliban rescinded a months-long ban on the International Committee for Red Cross (ICRC) working in areas under their control on Sunday and restored security guarantees for those working for the organisation. The militants and the ICRC “consented to following the old agreement on top of new promises in humanitarian aid leading to the Islamic Emirate granting ICRC permission of resuming their activities”, said Taliban spokesman Zabihullah Mujahid. - AFP

In light of the British scandal, perhaps a Financial Sector Conduct Authority probe is in order

An oldie, but no longer a goodie: the rot sets in at Apple

Like a good classic, it hasn't lost its evergreen sheen, but its iPhone is a singularly bad investment for consumers

It’s going to be all white: What cars South Africans are buying

Loved one gone missing? It’s app to you to find them

Tummy trouble? Here’s how to flatten that flab

Boep-si-daisy, summer is on its way – we got the lowdown from our experts on getting rid of belly fat

SPORTS DAY: Boks are as ready as they can be

World Cup was the most terrifying thing, says Mark Andrews

The lock says he loved the tournament up until the semifinals - 'then I hated it ... the pressure was horrendous’

Blast from the past: Champ Sikali killed for his cellphone