ANALYSIS: The people may be dead when ANC gets ‘in touch’

Amid attacks on women and xenophobic violence, SA is in a psychic emergency while the government searches for a purpose

Appearing before Zondo, Motsoeneng was unapologetic about his relationship with the Guptas

We can laugh at Hlaudi, but maybe he’s a loon who needs help

The more I’ve watched him, the less sure I’ve become that we're dealing with someone who is a fair target for mockery

FREE TO READ: They describe how they had to drop everything and run for their lives as a xenophobic mob closed in

No hope of a better life back home for fleeing Nigerians

’I don’t think they want to leave, they just want peace and to be safe in this beautiful country’

Maiden on wheels flipped when Bayede greeted her with a smile

Millions have been spent on 14 infrastructure development projects, with very little to show for it

Brexit is all Greek to the Irish, no matter how English it wants to be

As seen in the meeting between Boris Johnson and the Taoiseach, the Irish won’t do much to help Brexiteers

The smartphone race is almost run, but Apple’s not sweating

The tech giant used to be the coolest kid on the block, but is now reduced to playing catch-up to savvier rivals

Glimpse of Neanderthal life captured by footprints in sands of time

GOING AROUND IN SQUARES Men ride bikes along a pavement during a blackout caused by Typhoon Faxai near a train station in Kisarazu, Japan.
Image: Reuters/Issei Kato

The SABC has accused employees of deliberately sabotaging the broadcaster and President Cyril Ramaphosa in his address to the nation on femicide and the violence in Gauteng last week. The broadcaster said a preliminary investigation into the incident - in which a clip of Ramaphosa making an error in his pre-recorded address was aired - has revealed a “well-considered and coordinated act of sabotage”. Material for the broadcast of Ramaphosa’s address was prepared beforehand to ensure a clean transmission. However, unauthorised changes were made. "Consequently, the programme published and played the rehearsal clip from President Ramaphosa's recorded address to the nation … The SABC now has strong prima facie evidence indicating that the broadcast of the incorrect clip was a well-considered and coordinated act of sabotage to bring the SABC and consequently the president into disrepute," said the broadcaster. Three permanent employees had been suspended, and one freelancer unscheduled.

Father shoots son, 7, then himself: police

A 69-year-old man allegedly shot his seven-year-old son before turning the gun on himself in Panorama, Cape Town, in the early hours of Sunday. The child was a pupil at Panorama Primary School in Welgelegen, where parents, staff and pupils expressed heartache over the tragedy in a Facebook post. Police confirmed on Tuesday that the shooting was under investigation. "An inquest and murder case docket was opened for investigation," said spokesperson Capt FC van Wyk. "It is alleged that a 69-year-old-father shot and fatally wounded his seven-year-old son and then committed suicide in their residence in Panorama," he said.

The Special Investigating Unit (SIU) believes it has amassed sufficient evidence for the referral of 11 criminal matters to the NPA related to alleged commercial crimes at the SABC amounting to R267m, MPs heard on Tuesday. This is according to the head of the SIU, Andy Mothibi, who was updating the National Assembly's oversight committee on communications about their probes into criminal activities at Auckland Park. Mothibi said the 11 cases implicated 10 private companies that have been trading with the SABC, eight former SABC executives as well as former and current members of the public broadcaster's board. The charges ranged from theft, fraud and violations of the Companies' Act and the Public Finance Management Act. Mothibi also reported that the SIU was still pursuing civil litigation in 10 high court cases to the tune of R560m.

"It is utter rubbish. It's a lie." With these seven words, national director of public prosecutions (NDPP) Shamila Batohi on Tuesday scotched rumours circulating online that she had been paid R1,75m by Cyril Ramaphosa's CR17 campaign fund. Twitter has been awash with claims, backed by a purported "list", claiming that certain judges and people had allegedly been paid various amounts by the fund. The list circulated as damning revelations were published about a money trail linking EFF leader Julius Malema to an alleged spending spree involving millions siphoned from VBS Mutual Bank. Batohi, speaking on SABC Morning Live, was asked for her response to the claims that she had received nearly R2m. "I think these are tactics to try to distract you from doing your work and this is the start of it,” she said.

The ANC's top brass has called on government's justice, peace and security cluster to establish the causes of violence directed at foreigners in Johannesburg. ANC secretary-general Ace Magashule said on Tuesday the party's national officials met the day before to discuss the violence that has engulfed parts of the country over the past week. “The officials were insistent that all acts of violence be condemned, including criminal acts directed at foreign nationals living in South Africa. The ANC is deeply concerned at what appears to be criminal elements sowing discord in several Gauteng communities by exploiting grievances around unemployment, crime, drugs and migration,” he said. The party also called on the government to accelerate efforts to address the social and economic conditions in the country.

A father and his 10-year-old son died in a collision between a Rea Vaya bus and their motorcycle on Empire Road in Parktown, Johannesburg, on Tuesday morning. Metro police spokesperson Wayne Minnaar said the crash occurred at the intersection of Empire and Hillside roads. “The cause of the accident will be investigated. The bus driver is on the scene,” he said. At about 8am two bodies lay covered in silver police foil close to the traffic lights at the busy intersection. The bus, with broken windows and damage to the front, was parked at a nearby petrol station. The motorbike was shredded, with part of the back wheel lying next to the bus. The child attended a nearby school for autistic children. Two of his teachers, who were on the scene, broke down in tears when they saw his covered body.

A father and his son died after a Rea Vaya bus and their motorcycle collided in Johannesburg on September 10 2019. 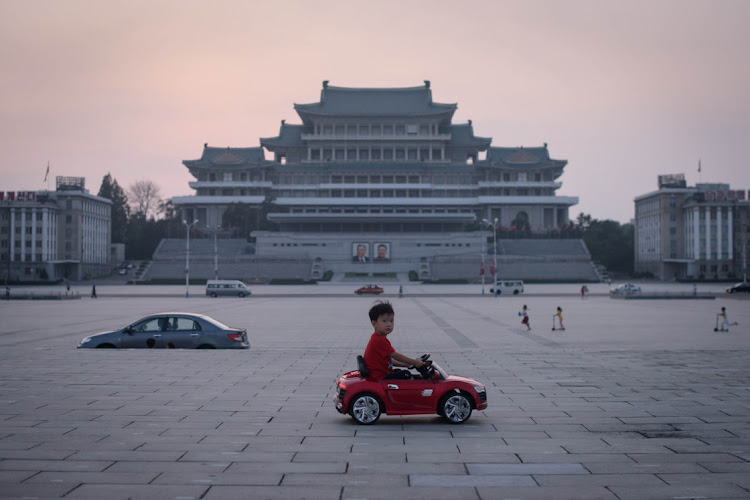 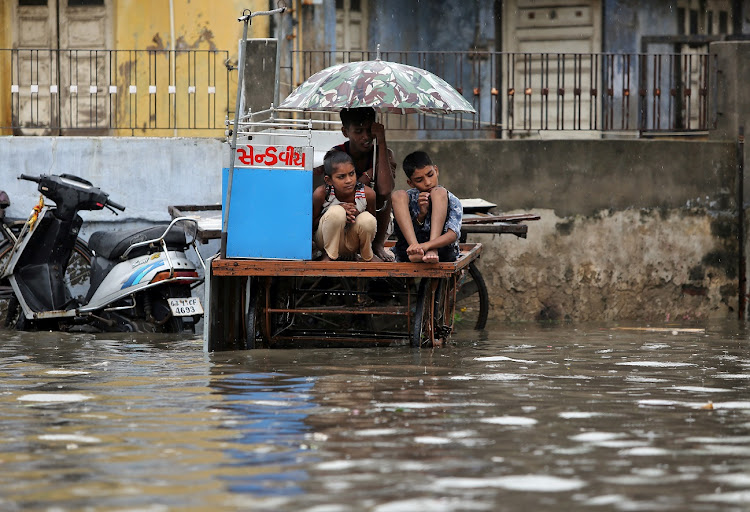 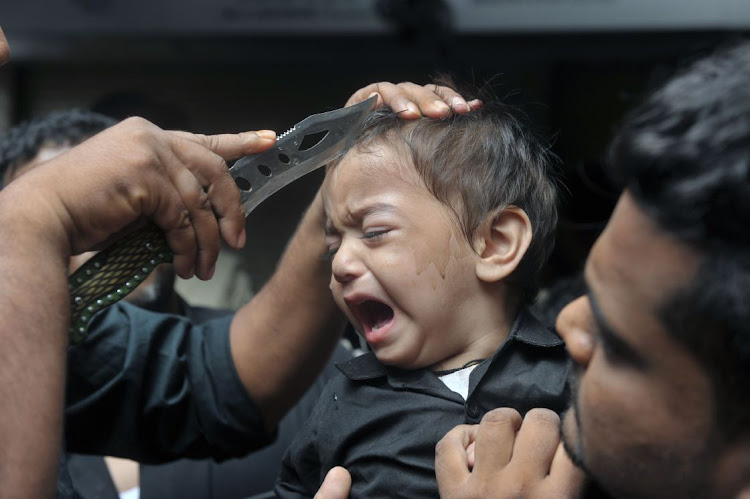 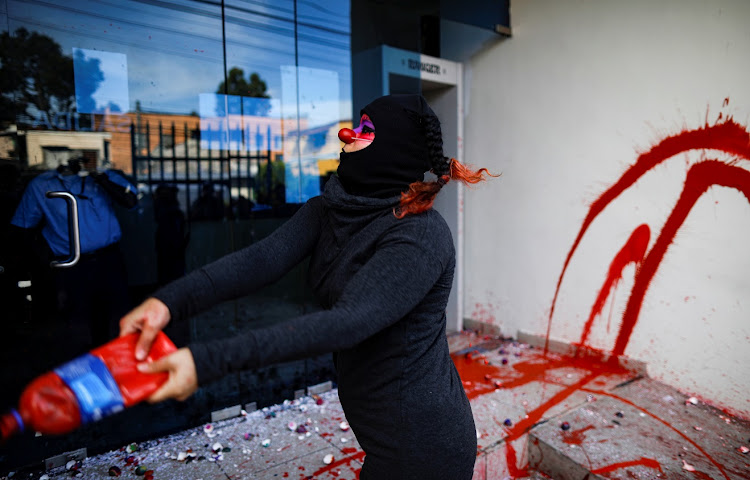 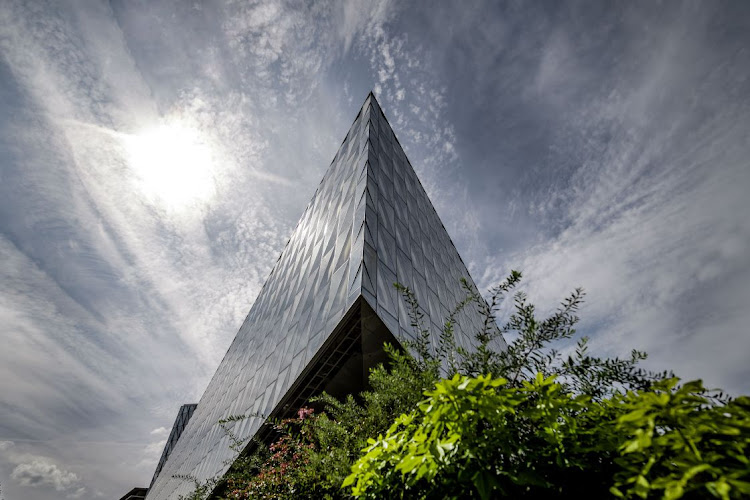 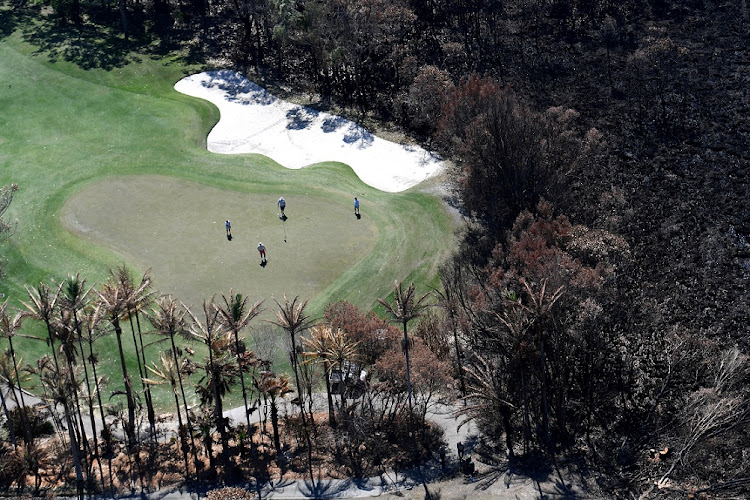 Boris, the Eton boy who ziplined past statesmanship

Return of the ‘panda of the sea’: near-extinct vaquita marinas spotted

There’s something to all the flaming fuss: inflammation can be deadly

An anti-inflammatory lifestyle is in vogue, so we found out just what inflammation is, and why it's so dangerous

She’s known to the world as the Red Woman, but back home she’s regarded as the ‘Best Dutch Actress of All Time’

More than 30 Shi’ite Muslim pilgrims died and dozens were in a stampede at a major shrine in the Iraqi city of Karbala on the holy day of Ashura. The worshipers made their way to the shrine, carrying flags and crying out, ‘We sacrifice ourselves for you, Oh Hussein!’ As the massive crowds pressed forward, a stampede broke out. – AFP

President Donald Trump’s approval rating has dropped amid growing public concern about the prospects of a recession, according to a poll. The health of the economy is one of the central themes of Trump’s campaign for re-election. The Washington Post/ABC poll, however, found Trump’s rating dropped to 38%, from 44% in July. – AFP

Iran is to probe the death of a football fan after she reportedly set herself ablaze in fear of being jailed, triggering calls to end a ban on women attending matches. Vice-president for Women and Family Affairs Masoumeh Ebtekar has asked the judiciary to look into the case. Sahar Khodayari, 30, was arrested in 2018 when she tried to enter a stadium dressed as a man. She set herself on fire outside the court last week. She’s been dubbed ‘blue girl’ in reference to the colours of her favourite team, Esteqlal. – AFP

Own goal for Hong Kong? Gladly!

Hong Kong fans booed their own national anthem and sang in protest against Beijing’s rule as political unrest spilled on to the football pitch in a World Cup qualifying defeat to Iran. Booing all but drowned out ‘March of the Volunteers’, the anthem the semi-autonomous territory shares with mainland China. Fans also sang a newly composed protest song. – AFP

Climate rebels give a Greenpeace of their minds

Climate activists turned the Limmat River in Zurich a bright flourescent green in protest against what they said was the ‘impending collapse of the global ecosystem’. The Extinction Rebellion movement acknowledged it was responsible for using a ‘harmless’ dye, uranine, to change the colour of the river. A number of activists also jumped into the water and floated downstream like dead bodies. – AFP

AVI: Brands on the run, even at the JSE’s best food company

Shareholders will get nothing out of it, so they want a forensic investigation into the distressed company

A boring subject but at least somebody knows the drill

In Hokkaido, you’ll eat your way to high heaven

Botswana and Zimbabwe have immaculate designs on you

Blasts from the past: Petelo bout overshadowed by 9/11