FREE TO READ: Angeline de Jager was overcome when she came face to face with one of her daughter’s alleged kidnappers

The prosecution is not having any of Nicholas Ninow's guilty plea explanation, saying it has witnesses to pull it apart

Ngubane admits SABC knew Motsoeneng did not have a matric certificate, but it did not matter

However, the Cape Town physician, who sexually assaulted a colleague, may still work privately

Not enough is being done about cops' inequitable gender views and normalised views of violence, says an expert

The key to a happy heart might just be more sleep

The former president's determination to resist reality has always been resolute

A bird flies from the highveld – this time for good

Gwyneth Paltrow’s website once called the myth-buster ‘strangely confident’, but there’s nothing strange about her facts

HUNTER & PEDALLER A woman and her dog ride through the Mong Kok district of Hong Kong.
Image: Reuters/Kai Pfaffenbach

Retrenchments at DA after poor election

The DA is set cull jobs at its operations across the country after a poor performance in the May general elections. Not only are DA staff facing the axe, but the party will not be paying bonuses this year amid claims that its donors are holding back funds. DA chief executive officer Paul Boughey informed staff that an organisational review was under way to look at streamlining processes and to develop the most efficient structure to ensure the party maximises its votes in the 2021 local government elections. “As such, we will be embarking on a restructuring process which may see a reduction in our staff head count in the coming months,” he said. DA national spokesperson Solly Malatsi said it was normal practice for the DA to review its operations in line with the electoral cycle and the party’s strategic objectives.

Beaches in Umhlanga, north of Durban, remain closed following a sewage spill that contaminated the Ohlanga River two weeks ago. Umhlanga Urban Improvement Precinct spokesperson Divinia Perumal said the beaches would remain closed until water-quality tests were conducted. The spill resulted in complaints from residents about a strong odour emanating from the sewage and scores of dead fish. The eThekwini Municipality said last week the spill was caused by a burst pipe running along the river, which leads to the Umhlanga Lagoon Nature Reserve. "Umhlanga beaches are still closed, even though the repair that was required has taken place," said Perumal. "Water-quality tests will be carried out soon to determine whether or not beaches can be opened."

The NPA has informed private prosecutor Gerrie Nel that it has issued warrants of arrest for two of the four alleged murderers of Rwanda's former head of intelligence. This is according to a statement on Monday by AfriForum, where advocate Nel leads the private prosecution unit. Col Patrick Karegeya had sought refuge in SA, but was found strangled in a Sandton hotel room on December 31 2013. At the request of the Karegeya family, AfriForum’s private prosecution unit brought the matter back to the courts as it sought to pursue a private prosecution if the NPA opted not to prosecute the suspects. On Monday, AfriForum said it had been informed that the NPA was also in the process of applying for the extradition of the other two suspects.

Durban student Natasha Conabeer, who was found on Saturday after she went missing three weeks ago, has died. A family spokesperson confirmed that the 23-year-old had passed away in hospital on Monday, but was unable to comment further. Shortly after she was found, her mother, Rosemary, reportedly expressed concern about her condition. She went missing after leaving her Florida Road, Durban, flat to visit family. Police have opened an inquest docket.

A traffic officer from East London saved a woman from her attacker, and then saved the attacker from mob justice. Traffic officer Lawrence Constable was driving on Fitchett Road, East London, on Sunday when he saw the woman being robbed and went to her aid. Having caught up with the fleeing suspect, the officer tried to arrest him but was stabbed above his right eye. Residents and motorists began assaulting the suspect and hurling rocks at him. But the injured officer came to his rescue, firing warning shots to disperse the crowd. The officer was recovering well from his injuries.

A police officer with 32 years’ service died after being shot in the head outside a tavern in Mfuleni, Cape Town, on Sunday night. His partner, a constable, is in critical condition in hospital after being shot in the neck. SAPS spokesperson Brigadier Vishnu Naidoo said the two officers were on patrol duty at about 10pm when they confronted a suspect outside a tavern in Diepwater, Wesbank. They were both shot by the suspect. The officer died an hour later in hospital. Just four days earlier, two Cape Town law enforcement officers died after being shot for their firearms. The officers were doing protection duty for municipal contractors near Sweet Home Farm in Philippi when suspects approached their marked vehicle and fired at them through the windows before stealing their guns.

SCP Security's in-house dancing competition gave reaction officer Klaas the chance to show off his moves - and bag the title of hottest dancer as well as a bonus. 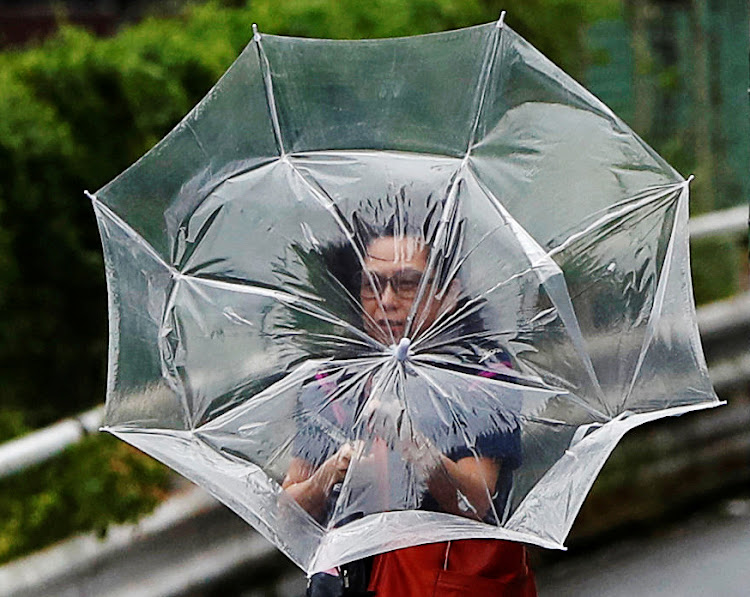 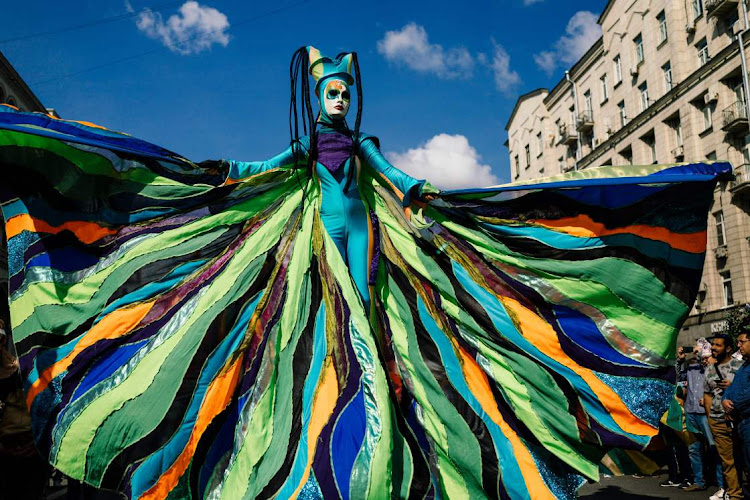 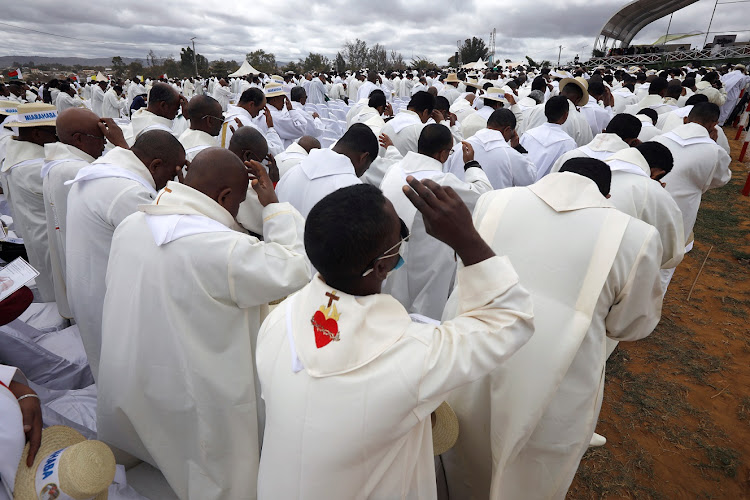 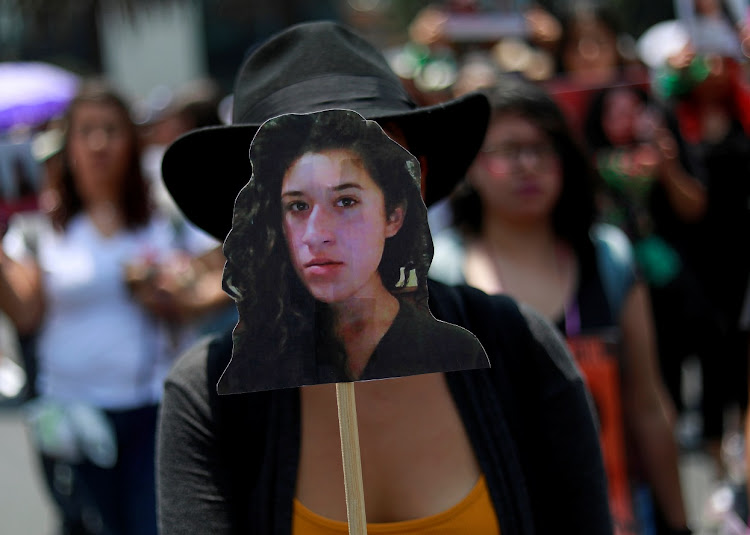 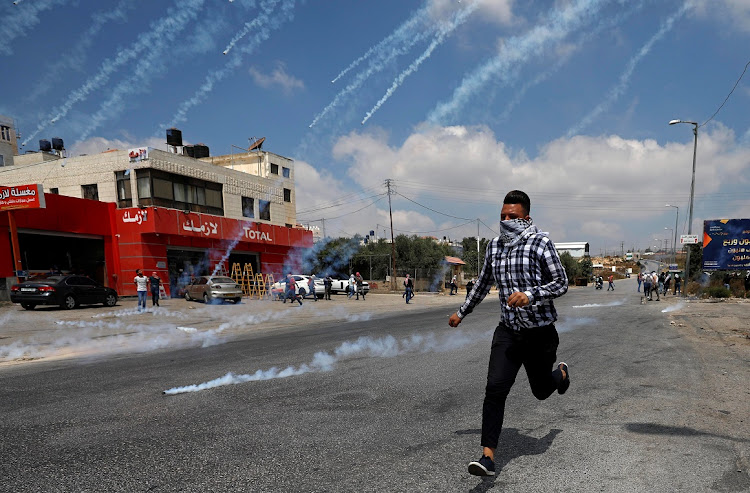 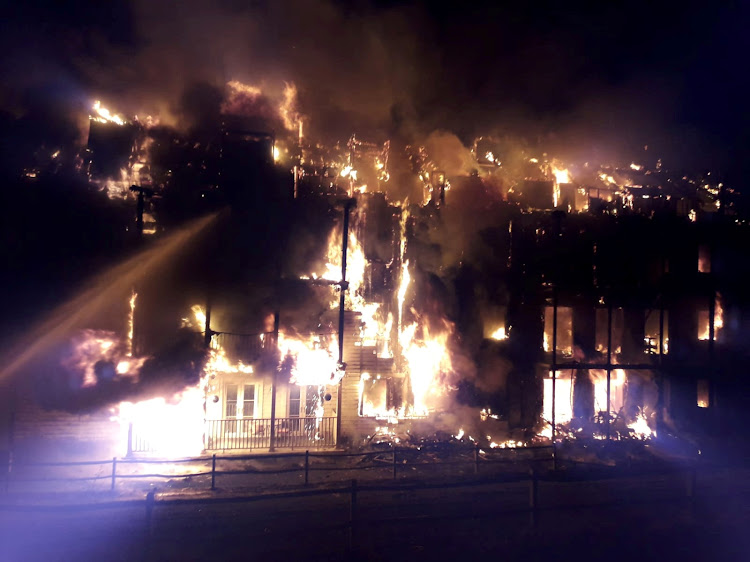 Can magic mushrooms cure addiction? We’re about to find out

The West Bank settlements are one of the most heated issues in the Israeli-Palestinian conflict - these are the people ...

Neighbours take the wind out of Flying Frenchman

GOD BLESS THIS YOUNG SOUL A Shi'ite Muslim man holds a child as he takes part in an Ashura procession in the holy city of Kerbala, Iraq.
Image: Reuters/Abdullah Dhiaa Al-Deen

E-cigarettes could damage the heart, scientists have concluded, as they called on Public Health England (PHE) to stop recommending vaping. Researchers looked at 38 studies into the cardiovascular impact of vaping and found worrying signs of damage in nearly three-quarters of tests. When they discounted trials funded by the tobacco industry - or where the scientists involved had conflicts of interest - the number rose to 90%. Asked if PHE should now change its advice, Martin McKee, professor of European public health at the London School of Hygiene and Tropical Medicine, who co-authored the new analysis, said: "The simple answer is yes." Human studies showed vaping led to an increase in heart rate, blood pressure, arterial stiffness and platelets, which cause clotting. It also increased free radicals and reduced antioxidants, raising the risk of plaque build-up in the artery walls, which can lead to a heart attack. – © Telegraph Media Group Limited (2019)

Watch out, the greenies want your gas stove

Dozens of cities in liberal-leaning states such as California, Washington, and Massachusetts are studying proposals to ban or limit the use of natural gas in commercial and residential buildings. The movement opens a new front in the fight against climate change that could affect everything from heating systems in skyscrapers to stoves in suburban homes. Berkeley, California, in July became the first U.S. city to pass an ordinance banning gas systems in new buildings, and it may soon be followed by many others, according to local officials, activists and industry groups. Los Angeles and Seattle are among those considering laws that could drastically reduce natural gas consumption. Local officials and environmentalists cite mounting evidence that unburned gas leaking from pipes and compressor stations harms the climate more than carbon dioxide. - Reuters

Malaysia must make it rain

Malaysia prepared to seed clouds after air quality in parts of the country reached unhealthy levels due to smog from forest fires in neighbouring Indonesia, an official said on Monday. Smog regularly blankets parts of Southeast Asia during the dry season when burning is used to clear Indonesian land for palm oil, paper plantations and other crops, sparking ire from regional neighbours. In the latest outbreak, parts of Malaysia's eastern state of Sarawak on Borneo island have been blanketed over the past few days. – AFP

Dozens of dogs in Norway have recently been hit by a mysterious and at times fatal illness, raising concerns among dog owners who have been told to limit contacts between canines. About 200 dogs have displayed the same symptoms - bloody diarrhoea and vomit, intense fatigue - in recent weeks and about 25 of them have died, Norway's Veterinary Institute said on Monday. The number is an estimate since the Scandinavian country does not have a national register. Veterinary Institute spokesperson Asle Haukaas said autopsies on 10 dogs revealed in each case a severe intestinal infection, and five of them had "abnormally elevated levels" of two bacteria, Clostridium perfringens and Providencia alcalifaciens. – AFP

China data gobbles more power than all of Oz

China's data centres - the backbone of the country's fast-growing digital economy - are on track to guzzle more electricity by 2023 than all of Australia in 2018, said a Greenpeace report published on Monday. While China leads the world in renewable energy capacity, data centres in the country remain dependent on coal. Nearly three-quarters of the electricity used by data centres was sourced from coal in 2018, according to research by Greenpeace East Asia and the North China Electric Power University - emitting 99 million tons of carbon emissions. By 2023, that number could jump to 163 million tons. – AFP

About 13,000 passengers, mainly booked on flights to and from Algeria, are still stranded after France's second-largest airline Aigle Azur went into receivership, a senior French official said on Monday, adding that several potential buyers had been identified. The airline, which employs almost 1,200 staff, filed for bankruptcy and suspended flights last week after losses which prompted a shareholder coup that ousted the chief executive. "Out of 19,000 passengers who found themselves in difficulty at the peak of the crisis, there are still 13,000" who have yet to be repatriated, the secretary of state for transport, Jean-Baptiste Djebbari, told the Le Parisien daily. – AFP

Enough of the excuses, dear leaders, let’s get a move on

Standing still makes you an easy target for enemies, economic or political. Eventually you will be overrun

South32: Smelters can still be saved, with government help

Who’s in play for Mponeng – Sibanye or Harmony?

AngloGold Ashanti wants to get rid of the world's deepest gold mine, leaving only two realistic buyers

Just for the record: Softly falls the American nightmare

Researchers break the breast news yet on the obesity front

Curses! Things get too Harry for sensitive school pastor

SPORTS DAY: Nadal wants to keep on keeping on at the top

‘Give a leading Ferrari in Monza a five-second penalty? Out of the question ... we'd need a police escort out of here’

Blasts from the past: Schultz rips out nine sticks in 1993