What is this nonsense the ANC is telling us about Mugabe?

Insulting the West while thieving from your own does not make you a hero, but a brutal old dictator

Contractors abandon more than R620m worth of Gauteng projects

FREE TO READ | Dennis Jali used his position as a pastor to woo investors. He's now in cuffs and they want their money

Be cool on Twitter, but defs don’t overdo the lingo

The opposite of stuffy, outdated, alienating corporate-speak by companies can be just as bad

SA legalised dagga while he was ‘on the run’ - now what?

Edcon killed my career, now they must pay: ex-employee

The answer to hijacking? ‘An armoured car costs less than emigration’

FROM BLINGED-OUT BURIALS TO COFFIN STACKING, DYING ISN'T WHAT IT USED TO BE

They may sound like lavish weddings, but the reality is more sombre - and they don't come cheap

For some South Africans living overseas, live-streaming is the way to go, as the concept quickly gains in popularity

They wrote it this week: A sadistic Nazi and seducing a soldier’s wife

‘I’d rather they kill the elderly than hit the youngsters,’ said Grandpa Wong during a recent series of skirmishes

After decades of damage, there are hopes the animal can become an emblem of the country's eco revival

I SWEAT TO SERVE AND PROTECT A Pakistan Air Force member stands guard in Karachi during Defence Day ceremonies to express solidarity with the people of Kashmir.
Image: Reuters/Akhtar Soomro

IFP president emeritus Mangosuthu Buthelezi on Sunday battled to quell tensions in Johannesburg as he spoke out against xenophobic violence. Sections of the crowd at the gathering in Jeppestown walked out as he addressed them. Buthelezi delivered his speech despite the disruption. According to a prepared speech, the veteran politician told them: "Looting and destruction of property is a crime. Full stop. Assault is always wrong." In contrast to the message he was delivering, protesters from various hostels in eastern Johannesburg had marched along Jules Street earlier on Sunday. Carrying weapons, including knobkerries, the men sang: "Foreigners must go back to where they came from". On Tuesday, police minister Bheki Cele also met community leaders and business owners in Jeppestown in a bid to calm tensions, following the looting of mostly foreign-owned shops that began in the area last weekend.

A manhunt has been launched for 13 awaiting-trial prisoners who escaped from police holding cells in Seshego outside Polokwane over the weekend. Limpopo police spokesperson Col Moatshe Ngoepe said the prisoners escaped on Friday evening. A task team had been set up to hunt for them. They were arrested for business robberies and for contravening the Immigration Act. They were identified as: Jeffrey Sekunda, 40 Alex Chinengo, 26 Usher Hamadanisa, 27 Edmore Madzudzu, 34 Concelia Musengeni, 35 Jeffrey Duvenegwa, 37 Tenashe Moyo, 24 Elvis Charo, 26 Ida Jana, 20 Cosia Mabena, 19 Ludwick Dube, 19 Luckson Manyangadzi, 31 Mishack Brian, 19. Report information to Col Simon Mogale at 071-479-2329, to Crime Stop at 086-001-0111 or the nearest police station.

Disciplinary cases drag on in Gauteng

The Gauteng health department has 84 disciplinary cases that date back more than six months, and two have dragged on for more than a year. This is revealed by Gauteng health MEC Bandile Masuku in a written reply to questions in the Gauteng legislature by DA member of the legislature Jack Bloom. The one case that has lasted more than a year involves remuneration for work outside working hours, said Bloom, while the other one involves acting beyond authority, fraudulent travelling claims and non-compliance to policy. "Furthermore, 18 officials have been paid R2,052,464 while suspended on full pay," he said. According to Masuku, the long delays are due to “complexity of cases, unnecessary postponements and capacity constraints”.

The body of an 11-year-old girl who was reported missing earlier this week has been found outside the farming town of Groblersdal in Limpopo, police said. Police spokesperson Col Moatshe Ngoepe said Thandi Mampane left her home in Ga-Marishane village for school on Thursday last week and never returned. Ngoepe said she was reported missing and her body was found on Friday. An autopsy would be performed to determine the cause of death. No arrests had been made.

Natasha Conabeer, 23, who went missing three weeks ago, has been found and is in an intensive care ward. A missing person's case was opened on August 18 after her friends last saw her as she left her flat on Florida Road, Durban, after telling them she was going home to Inanda, but never arrived. The last form of communication with the UKZN student was on August 22, according to posts by friends. A Twitter page created during the search for her announced on Sunday: "Natasha has been found. She is alive but in a critical condition in ICU. We currently don’t know what exactly happened yet … Thanks for the support and prayers." The information was attributed to her mother.

Restaurants out for Zim leader over poison fears

Emmerson Mnangagwa, the Zimbabwean president, is so afraid of being poisoned by rivals that he no longer eats in public, sources have said. The extreme precautions being taken emerged as Zimbabwe prepared for the funeral of Robert Mugabe, its former liberator whose 37-year rule left a legacy of grinding poverty and vicious political infighting. It underscores the paranoia at the highest level of government and the fears of another coup less than two years after Mugabe was removed from power by the military-backed current regime. The body of Mugabe, who died in Singapore last week at 95, was due to be flown back to Zimbabwe this weekend for burial in the National Heroes Acre, a graveyard for the heroes of the struggle against white minority rule built by North Korean architects. 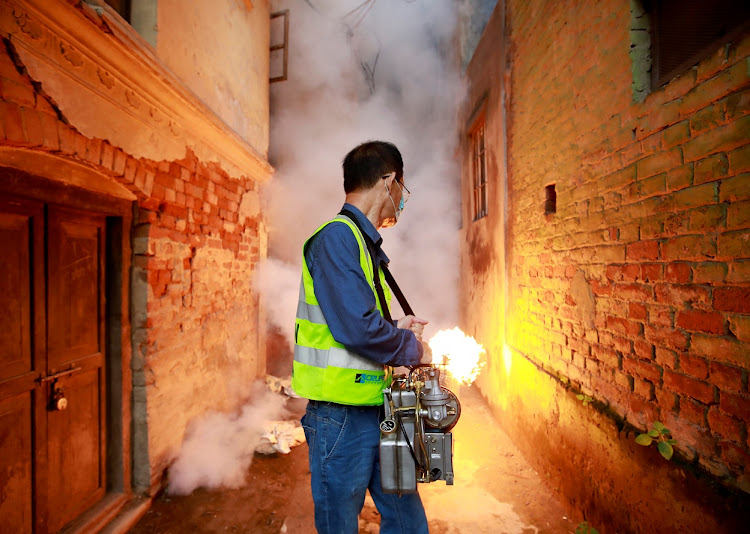 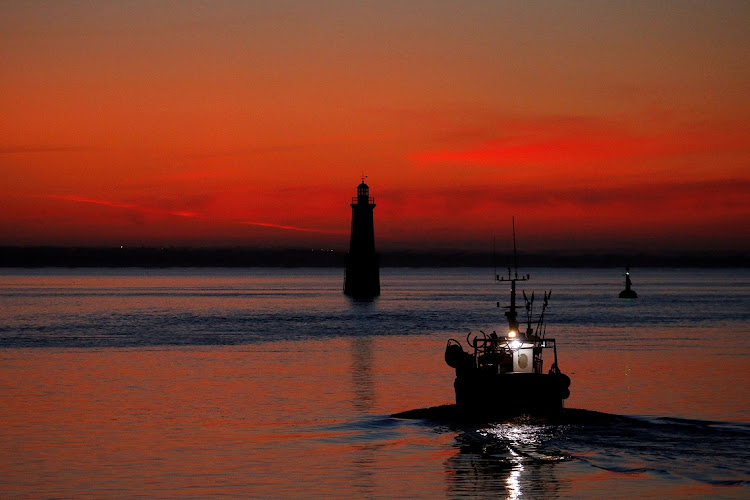 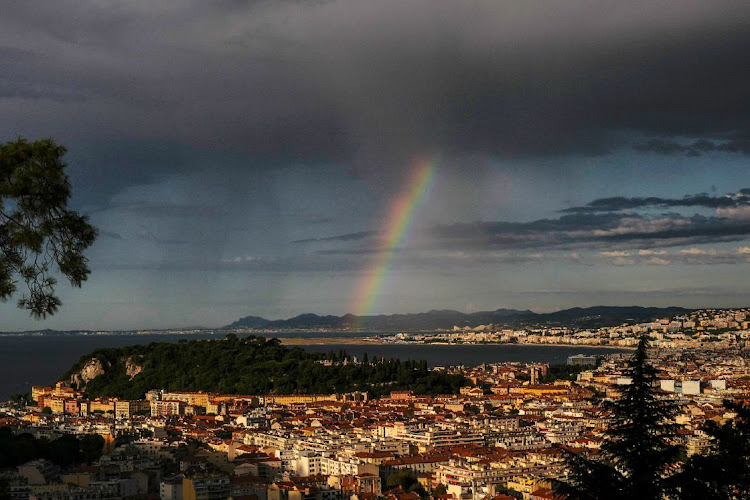 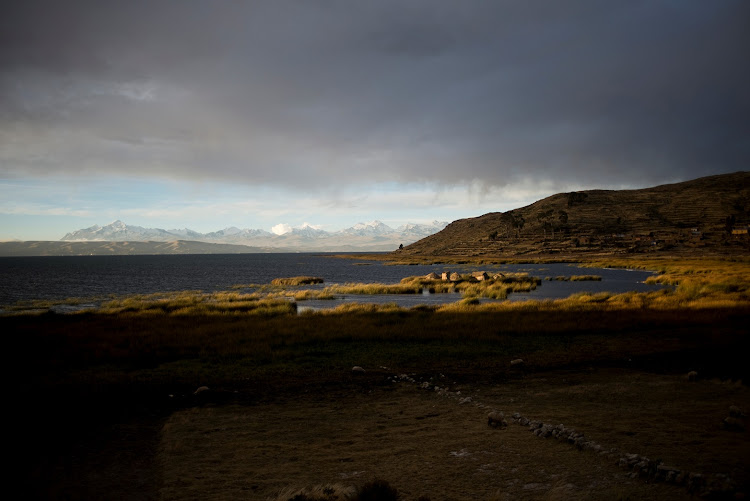 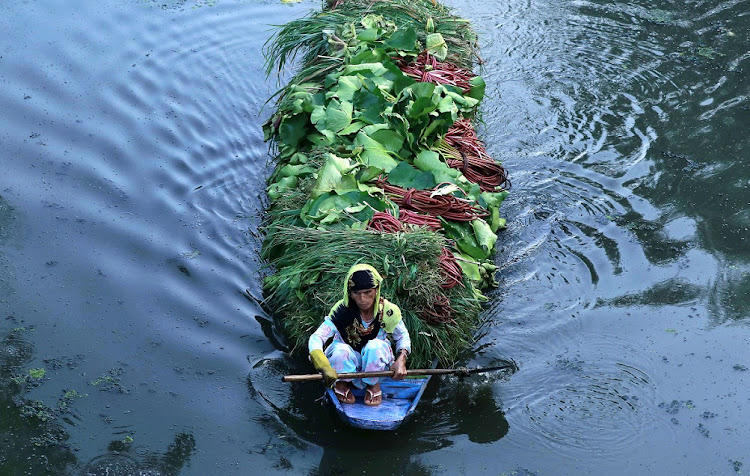 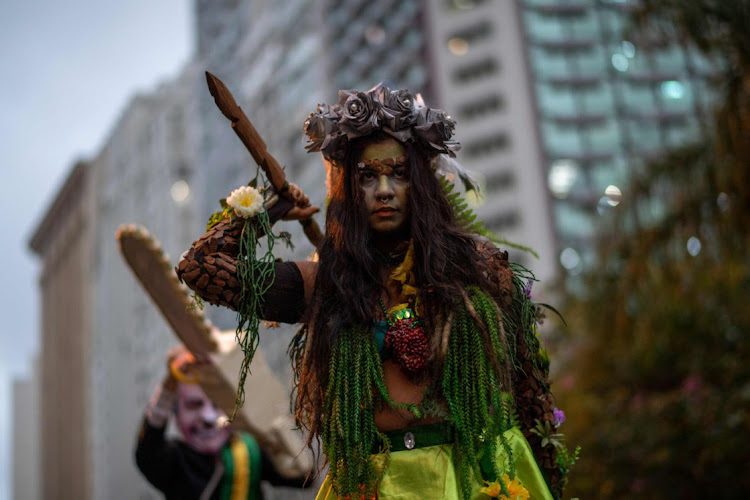 Jews under attack: white supremacists aren’t the only culprits

As anti-Semitic violence almost doubles in a year in New York, it seems simplistic to focus only on the usual suspects

Stolen artworks come back from the dead in Hollywood

Recovered treasure trove includes works by Picasso and Mirò, and letters signed by two US presidents

Take a hike! This is whine country and e-bikes aren’t safe

Purists are in a froth about the assisted-cycling boom, which they see as another hi-tech intrusion into nature

A LENS INTO THE FUTURE Visitors check out an infinity chamber seeking to reproduce the atmosphere of a large data centre at the new ‘Futurium’, or House of Futures, in Berlin.
Image: John Macdougall/AFP

As the climate debate heats up ahead of Canada's elections, its environment minister has been assigned a security detail, she said on Saturday, a move practically unheard of in a capital where top officials mingle with common folk. It is not unusual in Ottawa and other Canadian cities to spot the foreign minister cycling to a news conference or the finance minister in line at a grocery store. However, abuse against environment minister Catherine McKenna, ranging from online vitriol to chilling confrontations, has been so harsh that she now sometimes requires security - although details about the new measure were not released. "The vocal sexism and hateful comments that are directed to people who work on climate change is unacceptable," McKenna said. – AFP

Thousands of Hong Kong protesters sang the Star Spangled Banner on Sunday and called on US President Donald Trump to "liberate" the Chinese-ruled city, the latest in a series of sometimes violent protests to rock the territory. Police stood by as protesters, under a sea of umbrellas against the subtropical sun, waved the Stars and Stripes and placards demanding democracy. "Fight for freedom, stand with Hong Kong," they shouted before handing over petitions at the US consulate. "Resist Beijing, liberate Hong Kong." US defence secretary Mark Esper urged China on Saturday to exercise restraint in Hong Kong, a former British colony which returned to Chinese rule in 1997. – Reuters

France's foreign minister said on Sunday comments by Brazilian officials about French President Emmanuel Macron’s wife Brigitte were "unworthy". "One does not manage international relations as an insults competition," Jean-Yves le Drian told Europe radio. "I do not confuse current leaders and the reality of Brazil," he added. Brazilian President Jair Bolsonaro and Macron have been embroiled in a deeply personal and public war of words in recent weeks, with Bolsonaro mocking Macron's wife and accusing the French leader of disrespecting Brazil's sovereignty. – Reuters

Several hundred demonstrators took over the red carpet at the Venice Film Festival on Saturday, demanding action to fight climate change and a ban on cruise ships entering the lagoon city. Wearing white boiler suits over their clothes, roughly 300 protesters sat on the carpet where stars such as Brad Pitt, Scarlett Johansson and Joaquin Phoenix premiered their latest films. Waving banners that read 'Our home is on fire' and 'No to cruise ships', the protesters chanted slogans, surrounded by police. "We want to address the topic of the climate crisis, we think that it is more important than anything that we can see in the world now," said Chiara Buratti, a member of the Venice anti-cruise ship committee. "And we also ask (celebrities) to take a position. We are on the red carpet today, we will stay here (and) ask them to join us on the red carpet." – Reuters

They wanted faith healing but got the opposite

Two people died from heat exhaustion after attending a mass open air faith healing session in northeast Sri Lanka which left 13 others fighting for their lives, police said Sunday. About 10,000 people, some of whom were seriously ill, had gathered at a school to listen to a man who claimed he could use "powers of the gods and the Buddha" to cure the sick. Police in the town of Horowupotana, 260km north-east of Colombo, said 18 people were taken to hospital, 13 of them in a critical condition. Officials at the local hospital said the two who died suffered heat exhaustion while others were treated for dehydration. Temperatures soared to about 37C in the area over the weekend. - AFP

Japan's former empress Michiko "safely" underwent surgery on Sunday after the 84-year-old was diagnosed with early-stage breast cancer, the Imperial Household Agency said. Michiko's husband Akihito formally stepped down as emperor in April, the first abdication for 200 years in the world's oldest monarchy. Her operation began "as scheduled" at the University of Tokyo Hospital, the agency official said. "It ended safely and (she) went back to her room," the official said, adding that further details would be announced later. Akihito and daughter Sayako Kuroda, a former princess who left the royal household to marry a commoner, visited the hospital to see Michiko before the operation. Akihito and Michiko are known for dramatically modernising the tradition-bound monarchy, bringing themselves closer to the public and boosting popular support for the household. – AFP

Sasol does itself no favours by delaying release of its results

A load of economic crystal balls hove into view this week

Moody’s summit will suggest its prognosis for SA, plus release of manufacturing and business confidence data

From yucky to yum: creepy crawlies are bug business

You can die of a broken heart, but time really does heal all wounds

Suicide watch: the layers of despair to SA’s crisis

Micro marvel: foldable wheels are the new way to scoot

Electric scooter meets skateboard with Audi’s latest e-tron, a nifty compact way to get about the city

SPORTS DAY: Leclerc laps Vettel to make it two in a row

Thank you for making the little boys believe, Chester

There have been many more hat-tricks after Chester’s four against Western Samoa in 1995, but first is best

Blasts from the past: Italian GP makes Jody 1979 F1 champ