‘Jail them for life’: Cyril vows to get tough on gender-based violence

News managers testify how Motsoeneng bent the rules, overstepped his mandate and expunged those who disobeyed

Dognapping and pooch poisoning is on the rise in SA

It's not cheap, but the market for the procedure is set to rocket, says the CEO of a Chinese pet-cloning company

Larkin about: Why sometimes your best friend is a stranger

You can make yourself miserable in the four-hour queue at the traffic department, but it does seem rather a waste

Okay, so imagine sharing the world with an alien species that looks down on human males

It’s Norse to know not everything is bleak out there

The Institute of Race Relations (IRR) has warned SA is at a risk of seeing a repeat of the May 2008 xenophobic crisis which left 62 people dead. "Mob violence in Johannesburg and elsewhere in Gauteng highlights once again the consequences of governance and economic failure," said IRR spokesperson Kelebogile Leepile. The warning comes as looting and violence continue to flare up in various parts of the country, with many foreigners fearing for their lives. Leepile said senior figures in leadership positions at municipal, provincial and national level had made reckless comments that could stir hostility.

The Western Cape education department has denied that schools will be closed on Friday. Communications director Bronagh Hammond said parents and pupils should ignore a social media post announcing a "total shutdown". "In fact, learners are writing exams. Our Grade 12 learners are also writing their matric trial examinations, which is extremely important in their preparation for the final National Senior Certificate examinations," said Hammond. "We remind parents, communities and teachers that it is extremely dangerous to leave learners unattended, either in their homes, at their points of travel or even at their schools. All teachers are expected to report to work as per normal." Hammond said the education department sympathised with the sentiment behind calls for a "total shutdown" as part of the uprising against gender-based violence.

About 23 school children and teachers from Muizenberg High School in Cape Town were treated for respiratory distress and some were taken to hospital after a gas leak. The city's fire and rescue services spokesperson Jermaine Carelse said fire engines and rescue vehicles were sent to the school shortly after 11am on Thursday after fumes filled its corridors. "Information we have … indicates liquid chlorine was thrown into a blocked drain inside the male ablution facility," he said. Principal Leonie Jacobsen said maintenance staff were trying to unblock one of the toilets when a drain cleaner caused strong fumes, which resulted in some children and staff struggling to breathe. Classrooms had been evacuated and the school day was cut short as staff prioritised giving first aid to the children. About 10 patients, including one teacher, were taken to False Bay Hospital and surrounding private hospitals.

The EFF is taking legal action against the SA Post Office and the minister of communications following the rape and murder of a University of Cape Town student Uyinene Mrwetyana. Party leader Julius Malema said the post office should have known that the man accused of the rape and murder of Mrwetyana had previous charges against him. “The killer of Uyinene was an employee of post office and it is alleged that he had a criminal record and a history of murder,” said Malema. “A responsible government and employer should have known this. By employing a person with a criminal record, the minister and the government were assuming the risk of such an incident happening against any member of the public.”

Man gets life for rape of mentally challenged niece

A 44-year-old man who raped his mentally challenged teenage niece earlier in 2019 has been handed a life sentence by the Bloemfontein Magistrate’s Court. The rape occurred in Bloemspruit on January 2 after the man asked the 17-year-old to accompany him to his house. When they got there he raped her. Police said neighbours came to the girl's aid and alerted the police. The uncle was arrested and has been in custody since his arrest. “His sentence has been welcomed by community members who have been supporting the victim throughout the trial and gave witness statements,” police spokesperson Sgt Ikobeng Hlubi said.

Tanzania's national carrier suspended its flights from the commercial capital Dar es Salaam to Johannesburg on Thursday, citing ongoing violence that was a risk to its passengers. "You are aware that there is ongoing violence in South Africa whereby the youth have taken laws in their hands," Tanzania's transport minister Isack Kamwelwe told journalists in Dar es Salaam. "Due to that, we have decided not to transport passengers to the destination where their lives will be in jeopardy." At least seven people have been killed and hundreds of arrests have been made during a week of anti-immigrant violence in South Africa. 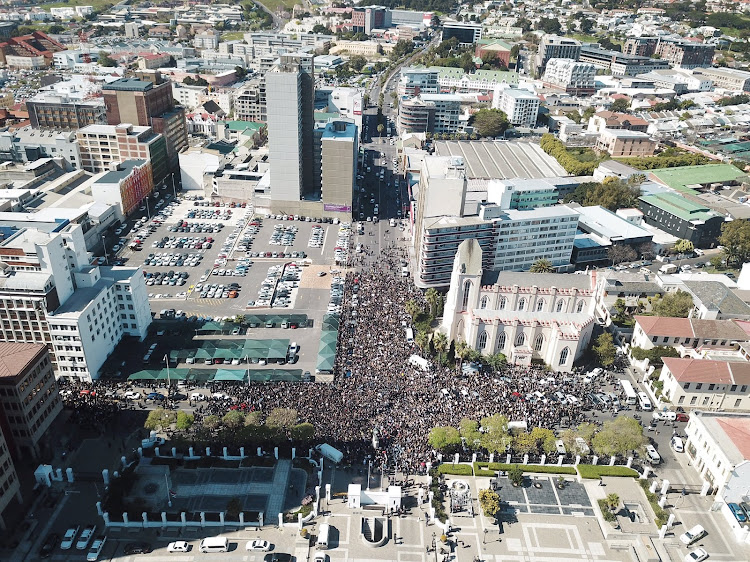 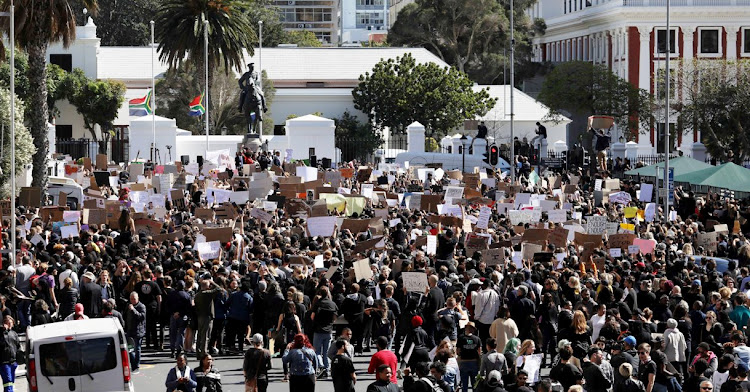 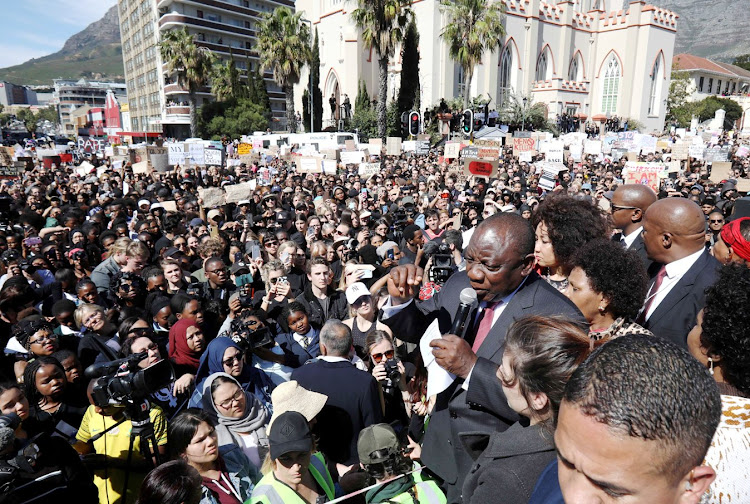 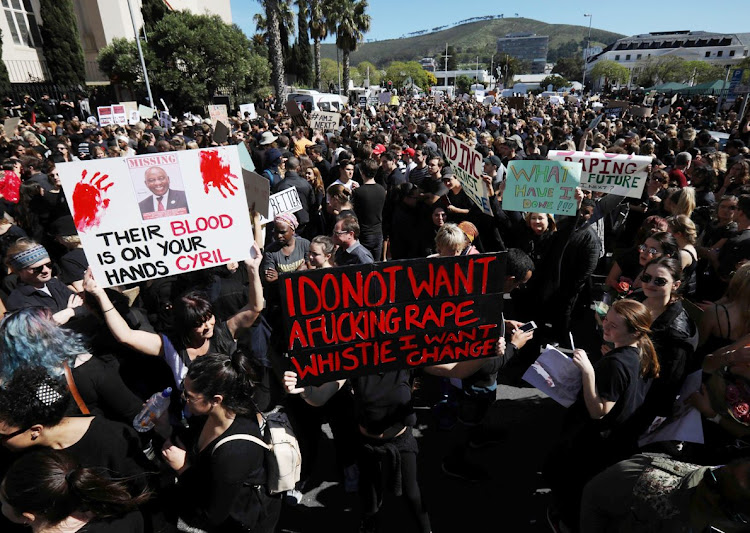 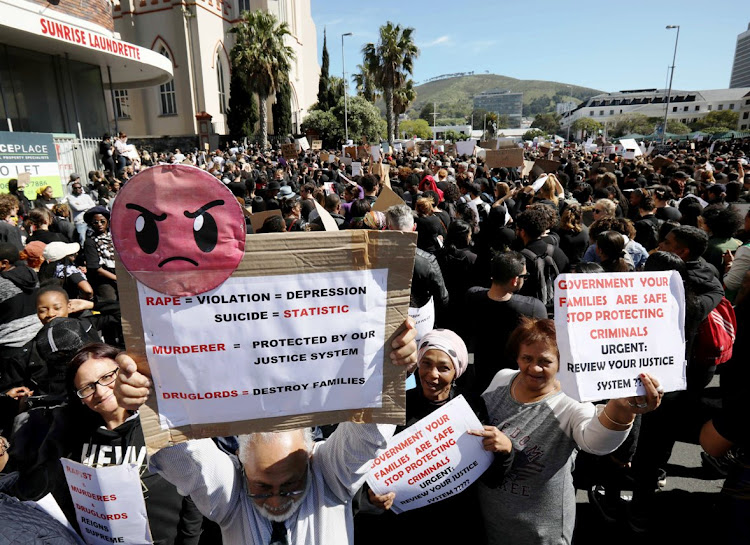 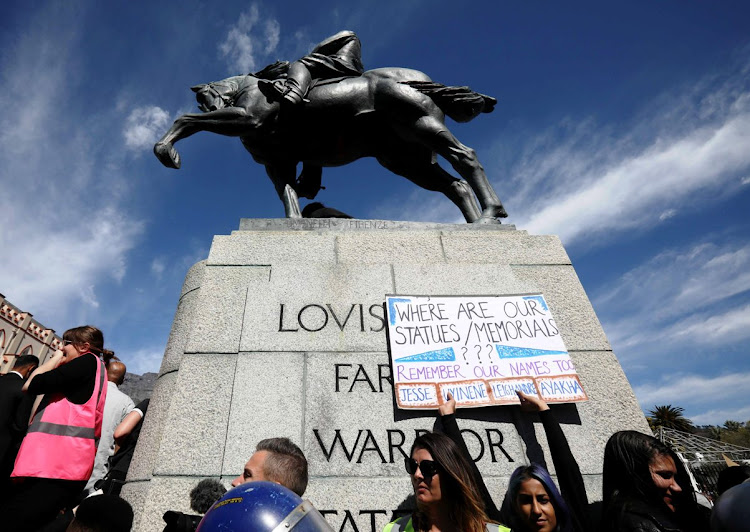 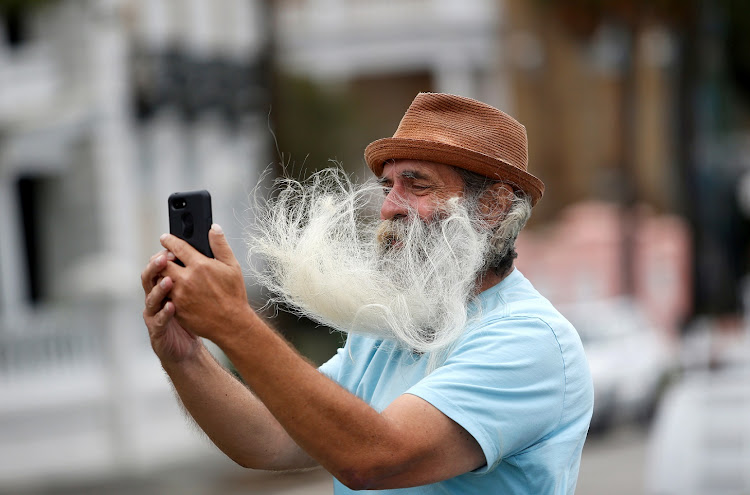 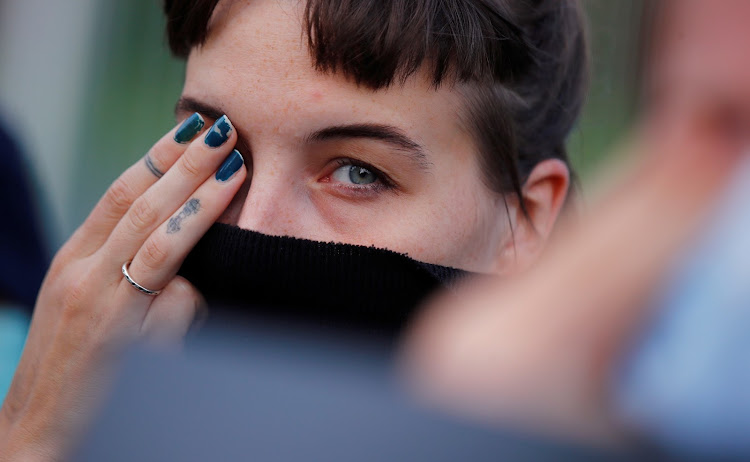 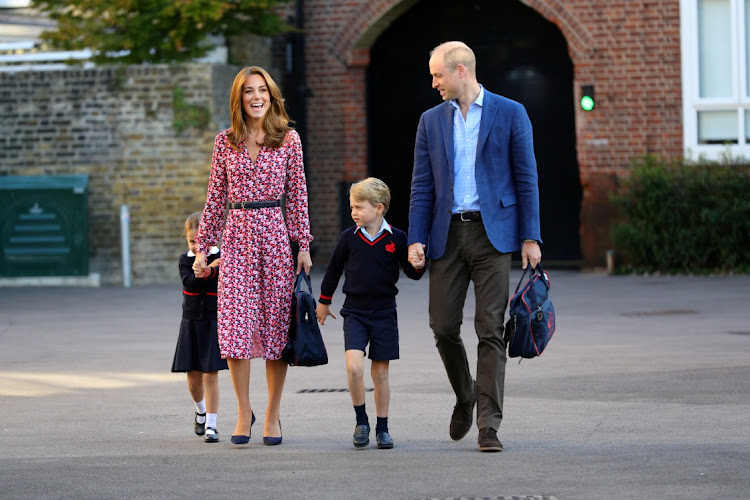 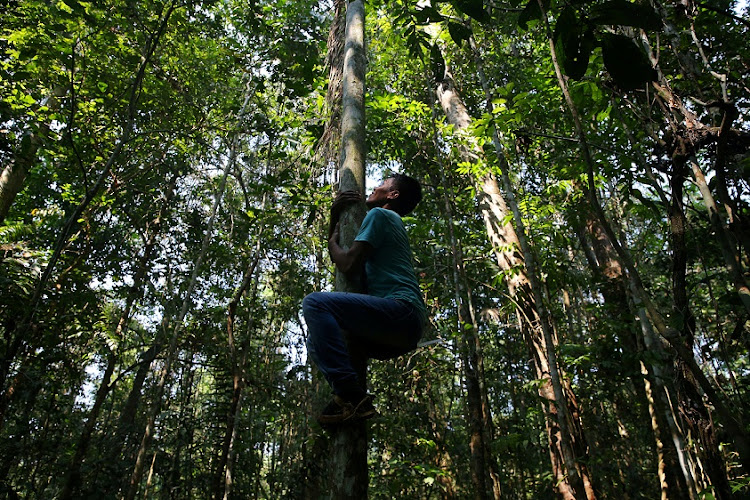 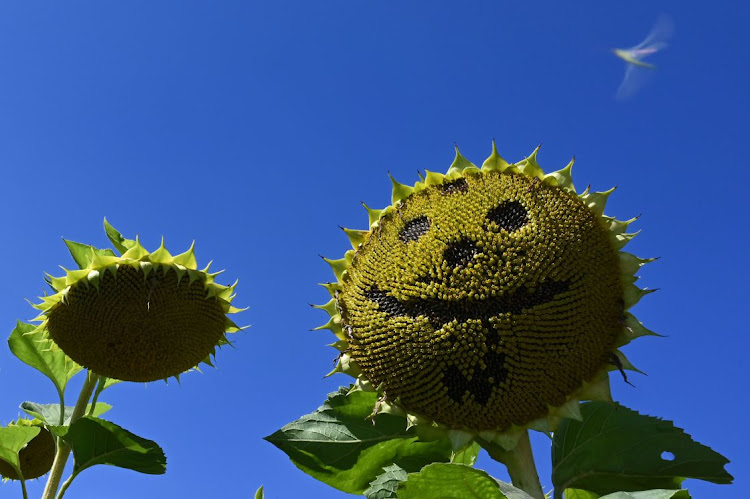 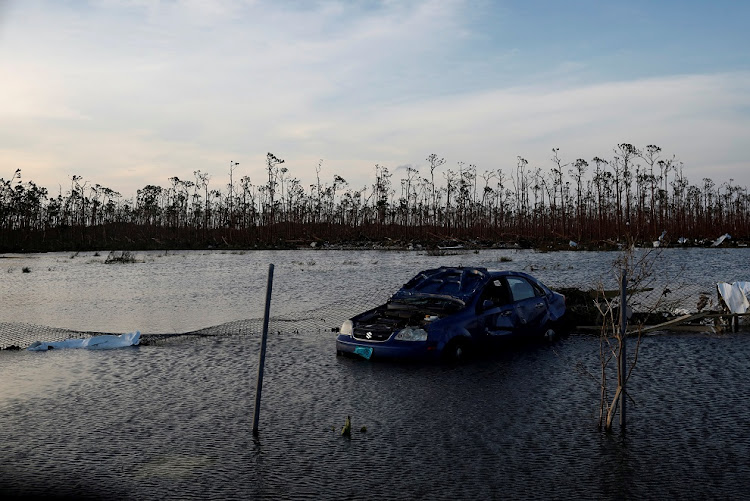 What the heil? Hitler lurks in halls of power

Third Reich-decorated desks and a Nazi flag also among the remnants of the old Luftwaffe HQ, now the French senate

Epstein’s pals must be squirming: files mention ‘1,000 people by name’

The unsealing of 10,000 pages by a 'victim' has already prompted one man to beg a judge to keep his name out of it

The worm and a death march: a rare peek at the first animal movements

Cock-a-doodle-can-doo: court gives noisy Maurice something to crow about

VIVACIOUS FOR THE VATICAN A faithful dances as Pope Francis attends an interreligious meeting in Maputo, Mozambique.
Image: Reuters/Yara Nardi

Amazon has payments well in hand

Amazon is reportedly testing a tool that lets supermarket shoppers scan their hands to pay for their food. The technology giant is planning to release the system in its Whole Foods grocery stores in the coming months, the New York Post reported. It uses cameras to measure the size and shape of hands to verify people's identity and approve a payment as customers. Amazon employees in the New York office are believed to be testing the technology, codenamed "Orville". The newspaper reported the tool may be used in all US Whole Foods shops. In 2015, Amazon was granted a patent for a similar system which scanned people's ears rather than hands to verify identity. The filing suggested the use of ear recognition as an alternative to facial recognition and fingerprint recognition to unlock smartphones – © Telegraph Media Group Limited (2019)

An alleged plot to smuggle A$1bn of drugs into Australia on a yacht unravelled when a Frenchman and a Briton ran the boat aground on a remote reef off the country's west coast, police said on Thursday. The two men - Antoine Dicenta, 51, and Graham Palmer, 34, became stranded in the Albrolhos Islands off Western Australia on Monday after their 15m yacht "Zero" ran into a reef. Police said the pair unloaded about one ton of drugs - believed to include ecstasy and cocaine - from their yacht onto a smaller boat and ferried it to a nearby island where they took refuge. Local fishermen alerted authorities to the stricken yacht, sparking a sea and air search that resulted in the alleged smugglers being discovered along with 40 bags filled with drugs. – AFP

Phone numbers linked to more than 400 million Facebook accounts were listed online in the latest privacy lapse for the social media giant, US media reported on Wednesday. An exposed server stored 419 million records on users across several databases - including 133 million US accounts, more than 50 million in Vietnam, and 18 million in Britain, according to technology news site TechCruch.The databases listed Facebook user IDs (unique digits attached to each account), the profiles' phone numbers, as well as the gender listed by some accounts and their geographical locations. The server was not password protected, meaning anyone could access the databases, and remained online until late on Wednesday when TechCrunch contacted the site's host. Facebook confirmed parts of the report but downplayed the extent of the exposure. – AFP

Intrepid Brazilian and British scientists say they have located the Amazon's tallest tree in northern Brazil, untouched by a spate of wildfires that have raged in the rainforest for weeks. The scientists say they found an unusually large specimen of the giant Dinizia Excelsa species - measuring 88m with a circumference of 5.50m - in a sanctuary of other Dinizia trees. "The species generally reach a height of 60m," said research coordinator Eric Bastos. Bastos led research conducted in August by scientists from the Federal University of the Valleys of the Jequitinhonha and Britain's Cambridge University and the University of Swansea. The discovery was made by using aerial sensors over Paru State Forest, which is shared by the Brazilian Amazon basin states of Amapa and Para. – AFP

People in Britain whose homes are damaged by floods, storms or other wild weather are 50% more likely to suffer mental health problems such as depression or anxiety - even if they do not have to move out temporarily, researchers said on Thursday. That suggests disaster response may need to be better joined up with psychological support, as climate change brings larger and more frequent extreme weather threats, said Hilary Graham, a health sciences professor at the University of York. "There's increasing awareness that beyond these very dramatic human impacts - like loss of life - there are what official reports refer to as 'psychological casualties'," said Graham, lead author of a new study. When extreme weather harms homes, "people's mental health takes a big hit". – Reuters

Yikesssss … it's a double-take snake

Residents of a village in Bali got a shock when they spotted a two-headed snake in their midst - a rare find in the wild. The reptile was seen slithering in the central part of the Indonesian holiday island last week. "When I got home from work, I parked my motorbike next to the snake," said resident Gusti Bagus Eka Budaya. "I looked more closely and it turned out to have two heads. I was shocked." A video shows several children gathered around the tiny serpent - small enough to fit in the palm of a human hand - as it slides about a banana leaf decorated with a traditional Balinese Hindu offering. It was not clear what kind of snake it was or whether it was venomous. – AFP

CA Sales: More to Botswana than wildlife and diamonds

Embarrassing for the minister who truly does champion the local mining industry, unlike his predecessor Zwane

Time spins in reverse for De Niro, Pacino and Pesci

Five streaming-hot things to goggle at this weekend

Now on the big scream: The unlikeable Mr Weinstein

Give him enough grope ... Hollywood finally wakes up to filming the sordid drama of the fallen movie mogul

SPORTS DAY: Just for kicks, Caster hooks up with Janine

When you’re down and out, guys, just look to SA’s women

Blasts from the past: Spence 3rd in epic 400m Olympics battle