ANALYSIS: It’s foreign to us, but we need grown-up conversations about SA

On a day we needed ball-gag Cyril, we got the Zuma circus

His response to the murder of yet another woman was too late and dull, when we needed something bold and statesmanlike

WE DELVE INTO THE WARNING SIGNS, THE REACTIONS - AND THE LAW

One woman was killed by a stranger, the other by her ex-partner against whom she allegedly had a protection order

Want to name and shame a sexual perpetrator? Not so fast

As women across SA call out men they accuse of violating them, the law is clear: they could be sued

As women’s blood flows like a river, will men man up?

In the wake of Uyinene Mrwetyana's murder, some turn a blind eye as others call on men to shut up and listen

With brushes and paint, these Joburgers have vandalism licked

From mowing to blotting out graffiti, suburbanites are putting back the 'sparkle' in their areas

‘She’s not right’: duvet cover thief gets another chance in court

The treasury wish list for boosting growth is right – extremely so

Keep your enemies close and your toxic friends even closer

Friendships are critical, and those in a strong friendship group will likely live longer, but not all are beneficial

Calm down dear, Boris Johnson is not Hitler

The past may sometimes repeat itself, but historians don't have all the answers to today's controversies

Racist former Sodwana Bay guesthouse owner Andre Slade has just 16 days to vacate the land he has been occupying for the past 12 years in northern KwaZulu-Natal. The Pietermaritzburg High Court issued an order on Friday to have him evicted within 20 days. The application was made on behalf of the Ingonyama Trust and stated that Slade, together with anyone else living with him, must leave the 0.58ha farm in Sodwana Bay. Slade and his Slovakian partner, Katerina Krizaniova, made headlines in 2016 when he sent an e-mail barring black people from his guesthouse. It went viral and he was reported to the Equality Court. The guesthouse subsequently closed but Slade continued to live on the property. Slade and Krizaniova were found guilty of hate speech by the Equality Court in February 2018 and ordered to pay R50,000 to a non-profit organisation in Mtubatuba.

Police confiscated another large consignment of dagga on a KwaZulu-Natal freeway on Monday. The latest drug bust, on the N3 near Estcourt, comes a few days after the Hawks arrested two suspected dealers and confiscated about 300kg of dagga on the N2 freeway. Col Thembeka Mbele said police were patrolling along the N3 when they spotted an SUV with five occupants near Wembezi. They searched the vehicle and found 56 parcels of compacted dagga weighing about 100kg. "The drugs have an estimated street value of R1m. The suspects were questioned about the ownership of the vehicle and could not provide police officers with a satisfactory explanation," said Mbele. The five men - aged between 19 and 29 - were charged with possession of dagga.

The ongoing looting of shops in Johannesburg since Sunday has affected the business of government. The acting speaker of the Gauteng legislature, Nomvuyo Mhlakaza-Manamela, together with the leaders of parties in the legislature, resolved to postpone Tuesday’s house sitting because of the violence in the province. Tuesday’s sitting had been scheduled to, among other things, offer premier David Makhura an opportunity to respond to questions about the impact of National Health Insurance. He was also expected to give a detailed plan for the national government taking over the running of four hospitals in the province. The looting in Johannesburg started in Malvern on Sunday, spreading to Turffontein, the CBD and Hillbrow on Monday. There was also looting in Alexandra on Monday night and Tuesday morning. Mhlakaza-Manamela said the postponement would allow MPLs to intervene and provide stability in the affected areas.

An inquiry is under way following the death of medical student Hunadi Magongoa, who is believed to have fallen ill after consuming food from the cafeteria at the Sefako Makgatho Health Sciences University in Ga-Rankuwa, Pretoria. The second-year bachelor of medicine student died overnight on Sunday September 1. She had eaten from the cafeteria on Friday August 30. "The university has immediately instituted an investigation by a multidisciplinary team, which includes an external expert," said Prof Olalekan Ayo-Yusuf, acting vice-chancellor. The report is expected to be submitted to university management on Wednesday. Ayo-Yusuf said the cafeteria had been closed until the investigation was complete. Students showing symptoms such as diarrhoea, abdominal cramps, fatigue, weight loss and nausea were getting medical help. About 75 students had been examined and discharged from the campus clinic.

The body of a 14-year-old girl was found in a backyard in Heinz Park, Cape Town, police said on Tuesday. Spokesperson FC van Wyk said the body was found on Sunday morning. The Grade 7 Northwood Primary School pupil was last seen on Saturday when she attended a party. According to The Daily Voice, the half-naked body of Janika Mallo was found in her grandmother's yard, covered with a blanket. Family members apparently found her with her head bashed in, the newspaper reported. Van Wyk said an autopsy would determine the cause of death. "Detectives are working around the clock in an effort to find the perpetrators. The investigation continues,” he said.

A police helicopter came under fire on Tuesday, eventually being forced to make an emergency landing. The officers had been responding to a cash-in-transit heist near Bloemfontein. According to police, nearly a dozen gunmen armed with assault rifles ambushed and blew apart a cash van travelling on the N8 on Tuesday afternoon. Spokesperson Lt-Col Brenda Muridili said the van was travelling from Bloemfontein towards Botshabelo when it was cornered by a double-cab bakkie and a sedan. About 10 gunmen fired shots in the direction of the van, puncturing the tyres and bringing it to a halt. They then blew up the van, causing extensive damage. The suspects escaped with an undisclosed sum of money and firearms. The van driver sustained knee injuries while another guard was shot in the hand. The Hawks have taken over the investigation.

Amy-Leigh was kidnapped by four men outside Laerskool Kollegepark in Vanderbijlpark on September 2 2019. She was dropped off unharmed on September 3 2019. 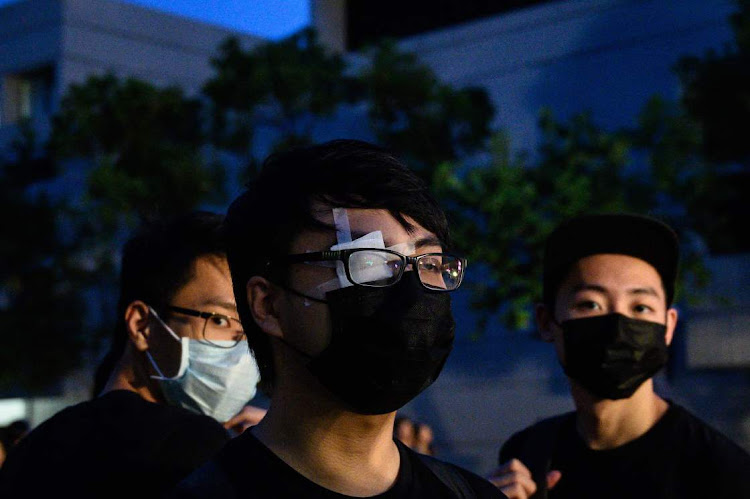 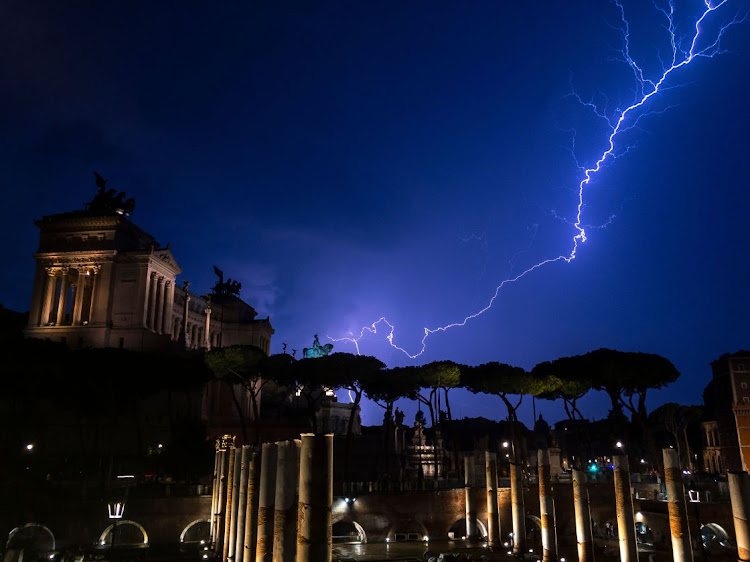 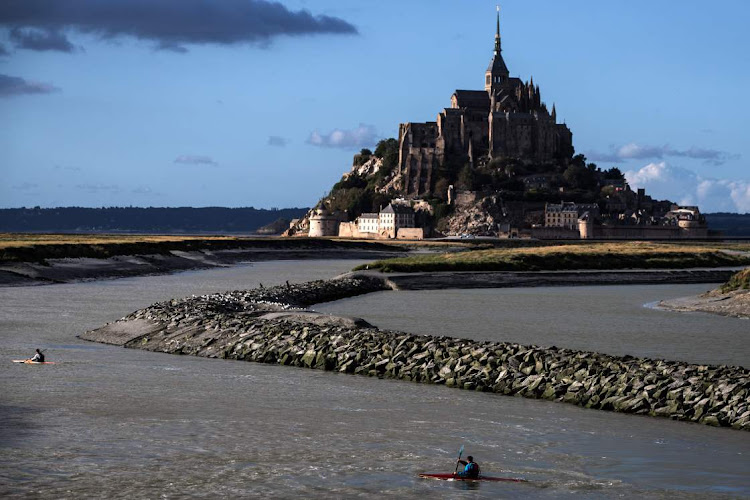 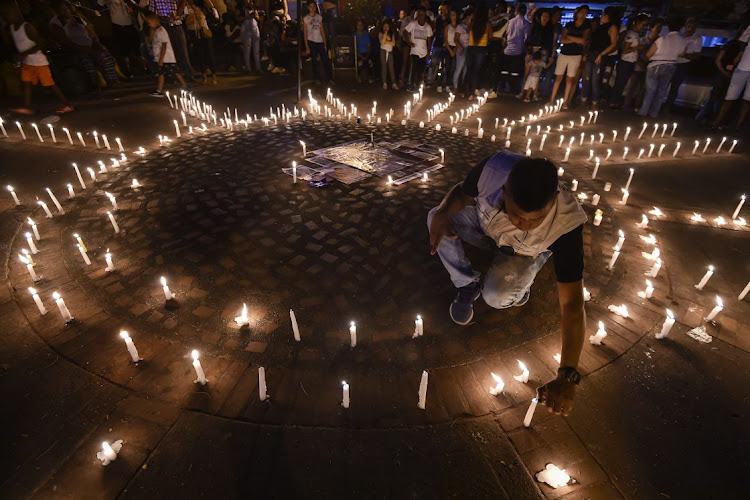 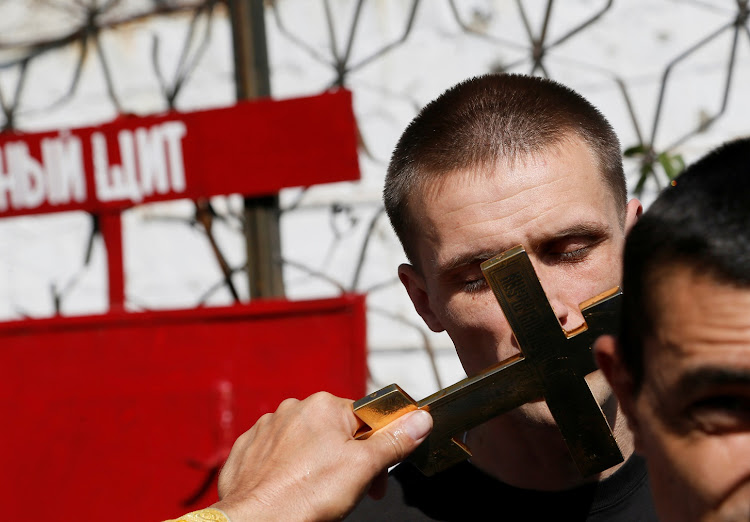 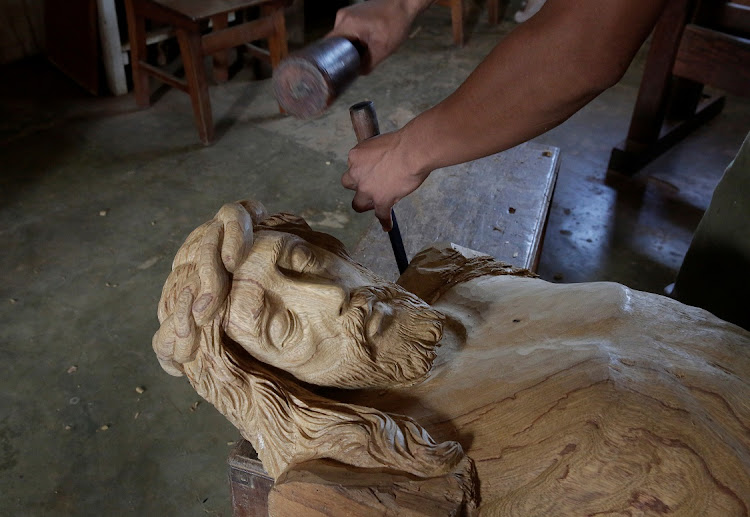 The rich landowners claim the Amazon is theirs, pitting themselves against the rainforest’s guardians

And the big C could become the leading cause of death worldwide within just a few decades, two large studies show

The curses and spells, when read by a human being, risk conjuring evil spirits, the reverend warned

FLOWERING OF SUPPORT A search continues for those missing in a pre-dawn fire that sank a commercial diving boat near Santa Barbara, California.
Image: Reuters/Kyle Grillot

US boy guns down all five members of his family

A 14-year-old boy shot and killed all five members of his family in Alabama, US, and then called police and confessed to the crime. Three of the victims were found dead at the scene, a house in Elkmont, and the other two died later after being airlifted to a regional hospital. – AFP

Authorities’ attempt to charge an Indian journalist who exposed the poor quality of meals served at a government school triggered protests over fears of worsening press freedom in the country. Pawan Jaiswal made national headlines after reporting that impoverished primary school students in a district in Uttar Pradesh state were fed bread with salt instead of a mandated healthy meal. – AFP

A Russian court has sentenced a blogger to five years in a penal colony for a tweet calling for attacks on the children of police, a ruling his lawyer said was unprecedented. Vladislav Sinitsa, 30, posted the tweet in the wake of a police crackdown against protesters who have called for free elections. – AFP

Opposition lawmakers in Tanzania have boycotted the swearing in of a ruling party lawmaker who replaced a fierce critic of President John Magufuli. Tundu Lissu, who survived an assassination attempt by unknown gunmen in 2017, was dismissed from parliament in June over absenteeism and ethical issues. His expulsion led to a by-election for his parliamentary seat, won by ruling party candidate who ran unopposed. – Reuters

Some rat stole a Banksy

A work by British street artist Banksy, featuring a masked rat, has been stolen from outside the Pompidou Centre in Paris. The Pompidou Centre said it suspected the thieves of using a saw to cut the sign, which had been fitted with a plexiglass cover to prevent it from being pilfered. It said the museum’s security guards had already caught thieves trying to snatch the work a year ago. – AFP

Atwood, Rushdie book themselves for another win

Two previous winners Margaret Atwood and Salman Rushdie have been shortlisted for the Booker. Atwood has been nominated for ‘The Testaments’, her sequel to ‘The Handmaid’s Tale’, out later this month. Rushdie is nominated for ‘Quichotte’. Nigerian author Chigozie Obioma also made the shortlist for ‘An Orchestra of Minorities’, his second novel after ‘The Fishermen’, which was shortlisted in 2015. – AFP

Massmart: Not quite game over, but close to set point

Executive pay: Moan as much as you like, it won’t help a jot

Concerns by shareholders might prompt the odd tweak, but you can be sure nothing will substantially change

For as long as the world needs steel, the economics of metallurgical or coking coal will remain very attractive

You may ask yourself: what kind of pants did Tut wear?

An intimate look at the 5,500 treasures from the king’s tomb destined for the new Grand Egyptian Museum

SPORTS DAY: Cold revenge on the Boks’ minds against Japan

In his defence, Rassie had to choose Irishman Felix Jones

The defence analyst, a former colleague of the SA coach at Munster, is keen to get stuck in with the Boks

Blasts from the past: Boks break 7-match losing streak