Connecting the dots in the chilling abduction of Amy’Leigh

Joburg CBD burns as it catches a wave of mob violence

This is a horror show ... help us, begs SABC chief

The broadcaster is trying to turn itself around, but the government does little about it, says Bongumusa Makhathini

Gauteng to make doctors, nurses pay out of own pockets for liability claims

Plagued by constant load-shedding, Filadelfia Secondary School in Soshanguve made a plan

Is using the word ‘m*ffie’ just a big joke? We’re about to find out

Hot91.9fm is in hot water after the word was used on Jeremy Mansfield's show

Blood and bullets for beds in Durban’s killing fields

No work, no pain. See? Job scarcity is a better life for all

Winning smile: Boris Johnson triumphs because he takes it on the grin

Look at the footage of Theresa May with world leaders: compare and contrast with her successor

We live in a new age, so we need more politicians who understand the challenges of working motherhood

COOL CAT A cat leans on the shoulder of its owner at the ‘Pet Expo Championship’ in Bangkok.
Image: Mladen Antonov/AFP

Amcu fight on as deregistration withdrawn

The office of the labour relations registrar will not continue with the deregistration of the Association of Mineworkers and Construction Union (Amcu). The decision was announced on Monday. In March 2019, the labour relations registrar, Lehlohonolo Molefe, issued a notice of intention to deregister the vocal union, raising the union's non-compliance with its constitution, including its failure to hold its congress. Amcu, which last held a national congress in 2013, did not have a national congress in 2018 as required by its constitution. After the issuing of the notice a meeting was held at Amcu's request, where the ujnion made further submissions on the preparation for its national congress. "Having considered further representations by Amcu, which include supporting documents, the registrar has taken a decision not to continue with the deregistration of Amcu," Molefe said.

The man accused of killing boxing and karate champion Leighandre “Baby Lee” Jegels, Sergeant Bulelani Manyakama, has died, Independent Police Investigative Directorate spokesperson Sontaga Seisa confirmed on Tuesday: "The tactical response team member who was in hospital after shooting his girlfriend the female boxer and who also shot his girlfriend's mother, has been certified dead today ... at an East London hospital. The same suspect was supposed to appear before court for the same alleged offences." DispatchLIVE understands Manyakama died due to severe head injuries after he collided with another vehicle in Peddie minutes after shooting Jegels and her mother, Rita, on the Voortrekker Road in East London. Two people were killed in the accident, while a third passenger was injured.

Reducing e-toll tariffs in a bid to entice motorists to pay will not rectify the "dismal e-toll revenue situation", the Organisation Undoing Tax Abuse (Outa) said on Monday. “What is needed is to abolish the e-tolls and seek alternative funding for the Sanral debts,” said Outa CEO Wayne Duvenage. City Press reported on Sunday that a task team appointed by President Cyril Ramaphosa was likely to present seven scenarios on the future of e-tolls to cabinet. A 70% reduction in fees or scrapping e-tolls entirely and raising the revenue via a "tax levy" were two of the options. Outa said current compliance levels were at about 20%, bringing in R55m a month - a shortfall of almost R250m a month. Even if there was 100% compliance by motorists with a 70% discount, it would not bring much more revenue to Sanral, it said.

North West police pounced on a truck being escorted by private cars on a gravel road outside Madikwe at the weekend and arrested the driver for allegedly importing more than R1m worth of illicit cigarettes. “Police responded quickly after receiving a tip-off about two vehicles, a charcoal BMW and Red Golf, that were escorting a truck which was suspected to have been hijacked,” said police spokesperson Col Adéle Myburgh. “The police allegedly spotted the truck on the gravel road leading to Moubana and summoned back-up after realising the truck was escorted by four vehicles. It is alleged that upon recognising the presence of the police, escorting vehicles fled the scene and left the truck behind … Although five male occupants managed to run and fled into the bushes, the driver of the truck was arrested.” A search revealed boxes of illicit cigarettes worth R1.1m.

Students clash with cops on campus

Violence erupted on Monday morning after protesting Nelson Mandela University students clashed with police on the Port Elizabeth campus. The institution said students from the EFF Command tried to block the North and South campus entrances. Protection services and additional security were deployed in an attempt to clear the barricades. "Violence ensued and the SA Police Service had to enforce the standing interdict that prohibits protesting students from blocking access to the university. This resulted in a stand-off between protesting students and police," the university said. "Management will try to engage the protesting students, who have not approached the university to verify whether any of the matters agreed to last week had been effected." Last week, students protested against muggings and robberies affecting staff and students.

A decision on the future of eThekwini mayor Zandile Gumede will be made by no later than Tuesday, ANC KwaZulu-Natal provincial secretary Mdumiseni Ntuli said on Monday. Ntuli was speaking outside Luthuli House following a meeting with the ANC top six. Last week, Gumede withdrew her resignation as eThekwini mayor, just days after handing it in. According to Ntuli, the ANC KZN leadership made a presentation to the party's national officials on their decision to recall Gumede as mayor. The top six would now deliberate on the matter and issue orders to the provincial executive committee on the way forward, he said.

An attempted hijacking was caught on camera on August 23 2019 in Cape Town. Three armed men jumped into a truck and tried to hijack it but were unable to drive the truck so they made the driver get back into the driver’s seat. 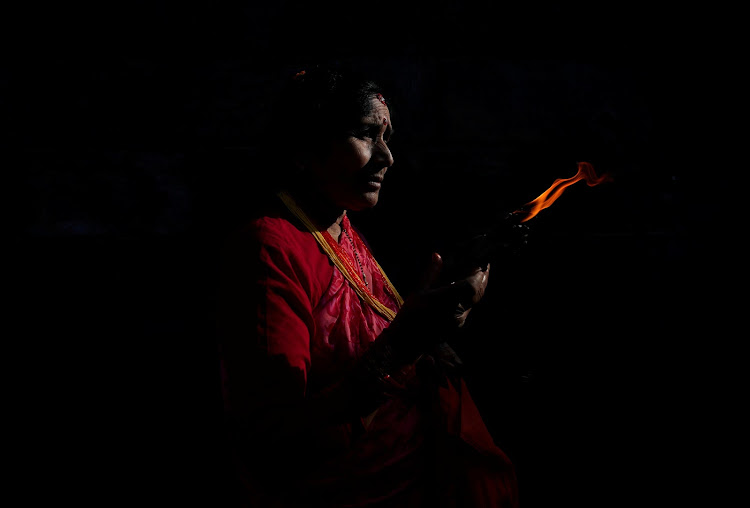 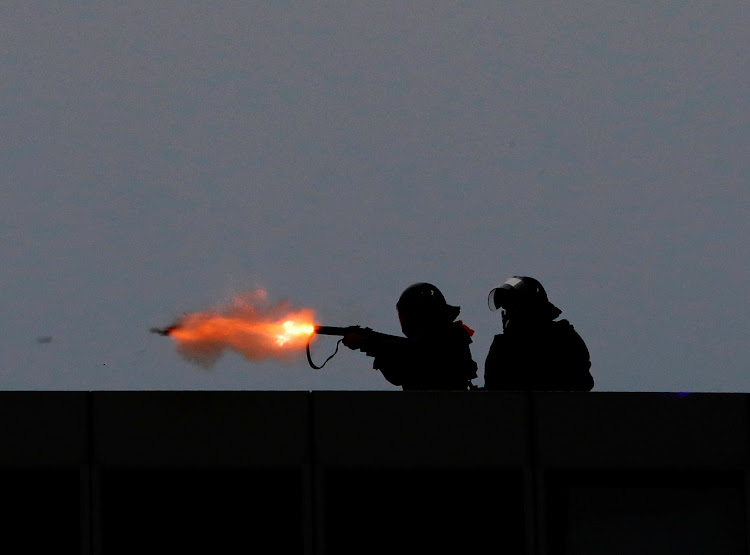 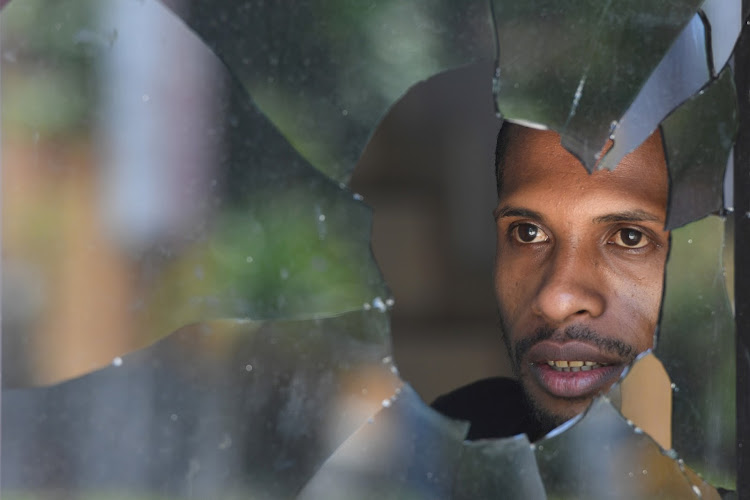 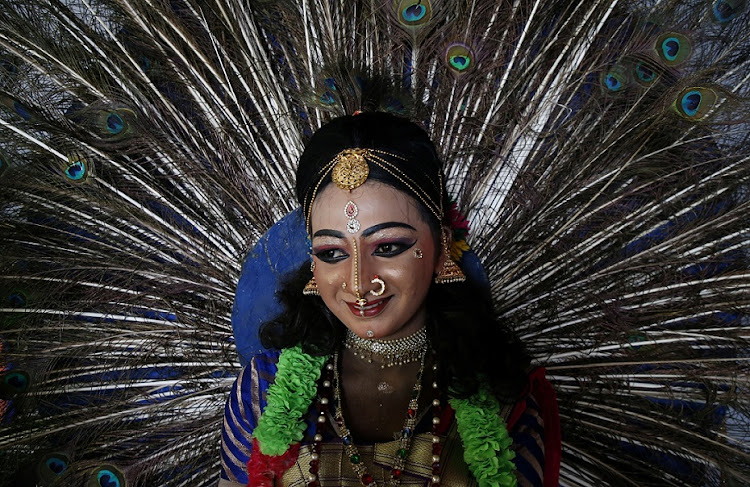 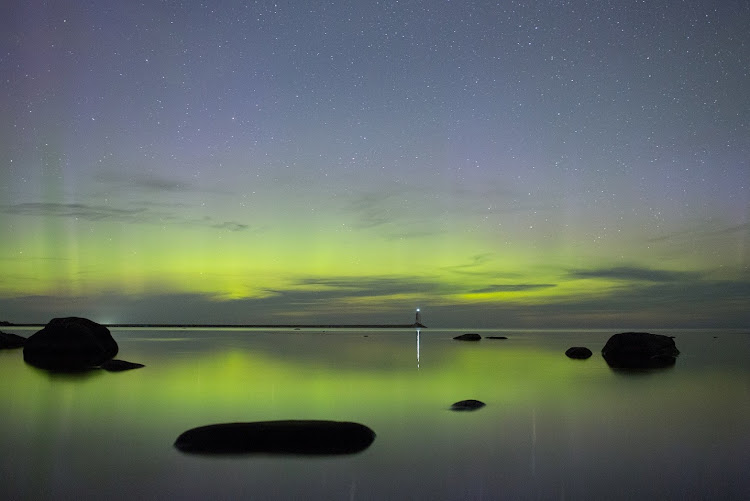 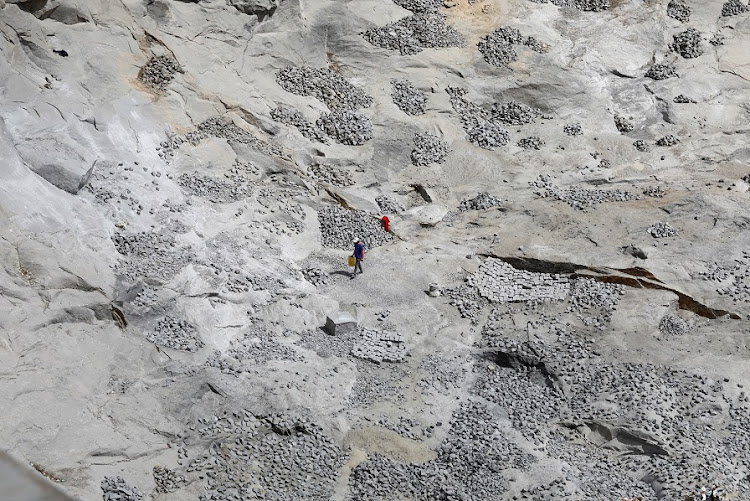 Bets, drugs, and wrists and roll: booming e-sports is the Wild West

Gaming as an international sport is growing exponentially, and so is the spotlight on its dark side

We catch up with Jordan Belfort, whose story turned into a memorable film and still has selling power

HIT AND PADDLE A vicar blesses the players before the annual sandbank cricket match at low tide in the Solent, Britain.
Image: Reuters/Hannah McKay

Boris to the rescue for lucky pup

British Prime Minister Boris Johnson and his girlfriend, Carrie Symonds, revealed on Monday they had adopted a rescued Jack Russell puppy. TV footage showed the 15-week-old puppy, Dilyn, being brought to Johnson's Downing Street office, and Symonds later posted pictures of the dog on the lawn of the prime minister's residence. Dilyn, who was to be dumped by a puppy dealer because he was born with a crocked jaw, sported a pink rosette with the words "Stop puppy farming". Symonds tweeted: "Meet our gorgeous little rescue puppy, Dilyn." It was unclear what relationship Dilyn might have with Larry, the cat who lives at No 10 Downing Street. - Reuters

Over the decades, popemobiles have typically been the preserve of major car manufacturers such as Mercedes, Ford and Fiat. But the vehicle that will carry Pope Francis around the streets of the capital of Madagascar for his visit there this week is locally-made - and its furnishings are simple and open, in line with the pope's distaste for luxury and aloofness. Painted white and adorned with two Vatican flags, the open-topped vehicle is made by the Madagascar company Karenjy, which means "stroll" in the Madagascan language. The pope, on his maiden visit to Madagascar, arrives in the capital Antananarivo on Friday from Mozambique, the first port of call on an East African tour that will also include Mauritius. – AFP

A Chinese face-swapping app that allows users to convincingly superimpose their own likeness over characters in movies or TV shows has rapidly become one of the country's most downloaded apps, but has triggered a backlash over privacy fears. The Zao app went viral as users pounced on the chance to see themselves act out scenes from movies using "deepfake" technology, which has already prompted concerns elsewhere over potential misuse. The company was forced to pledge changes after critics attacked the app's privacy policy which gave it "free, irrevocable, permanent, transferable, and relicenseable" rights to all user-generated content. Deepfakes are altered by using artificial intelligence to appear genuine. Critics warn it can be used to create bogus videos to manipulate elections, defame someone, or potentially spark unrest by spreading misinformation on a huge scale. – AFP

Rare delight almost too much to bear

The Berlin zoo said on Monday its resident panda, Meng Meng, had delivered twins, as it voiced delight at the first such births in the country. "Meng Meng became a mom - twice! We are so happy, we are speechless," the zoo tweeted, also posting a video of the new mother guiding one of her pink babies to feed. The births are particularly rare since it is notoriously hard to breed pandas. The panda delivered its first cub on Saturday evening. About an hour later, a second baby was born. Mum and babies were all in good health, said zoo director Andreas Knieriem. Their sexes had not been determined, although the two cubs weighed 136 and 186 grams. – AFP

Students’ pinger is a quake zinger

It's the size of a credit card and about as slim. But if you're trapped under rubble after an earthquake, it just might save your life. A trio of Indonesian university students has invented a device that uses high-frequency signals to help locate victims after a natural disaster. Dubbed Detector of Interconnected Position Points or "Deoterions", the tool emits a ping signal with movement as slight as breathing that can be detected up to 10km away. The signal receiver can be plugged into a cellphone or laptop, and works with an app available on Apple and Android systems, the students said. – Reuters

A German minister has described the slaughter of Herero and Nama tribespeople in Namibia more than a century ago as genocide, one of the most senior government members to use the term while compensation claims are under discussion. German soldiers slaughtered about 65,000 Herero and 10,000 Nama members in a 1904-08 campaign after a revolt against land seizures by colonists in what historians and the United Nations have long called the first genocide of the 20th century. While Germany has previously acknowledged "moral responsibility" for the killings, it has avoided making an official apology for the massacres to avoid compensation claims. On a trip to the southern African nation, development minister Gerd Mueller reiterated Germany's historic responsibility in Namibia. - Reuters

The alternative to the pain of fixing SOEs is deadly gangrene

Let’s take back control, with a long-term funding plan where prescribed assets are part of the solution

For too long banks and insurers have stood by, leaving complaints to those infuriating automatic responses

More cars exported from SA than sold to squeezed locals

Volkswagen SA had a bumper month, shipping out 15,659 vehicles, but demand in SA continues to fall

Bookmarks: Rumpy-pumpy between the royal sheets

Lies through the looking glass, by Jonny Steinberg

Grab a piece of Zanele Muholi and more at African Odyssey

Boks are light on experience but may be heavy on surprises

Blasts from the past: Willie refuses to throw in the Toweel