Coup blimey! What a time for dictators to be all the rage

We are in a post-democracy world, with the poster boys for democratic norms and values now the villains

Sars comes under fire for plan to smoke out illicit cigarettes

Bank in the naughty corner for raiding client’s account

The ex-civil engineer was found to have defrauded the City of Tshwane out of R168,000

They wrote it this week: Gazza’s public poos, and what Di was really like

With the president pushing for US production, the tech titan might be forced to turn its back on China

As Vietnam prepares to mark the 50th anniversary of Ho Chi Minh, we look at other embalmed leaders and luminaries

NAILED TO THE TREE An activist hugs a marked tree that will be cut down for road expansion, during a protest against unplanned urbanisation in Kathmandu, Nepal.
Image: Reuters/Navesh Chitrakar

Scrap or discount: the e-tolls proposals

Gauteng’s e-tolls could either be scrapped altogether or motorists offered a 70% discount on the current fees. These were two proposals – out of seven – that would to be put forward to cabinet by a task team established by President Cyril Ramaphosa to find a solution to the e-tolls saga in the province, City Press reported on Sunday. Discussion documents in possession of the publication indicated that offering a discount under the user-pays scenario may lead to increased compliance by motorists – many of whom are refusing to pay. The second option would see government paying on behalf of motorists “by means of a tax levy”.

Four out of eight magnetic resonance imaging (MRI) machines at Gauteng public hospitals are broken, leading to waiting times of up to nine months for the diagnosis of patients. Gauteng health MEC Bandile Masuku has revealed, in a written reply to a question in the provincial legislature, that the worst situation was at Chris Hani Baragwanath where 607 patients were waiting nine months for a scan. DA MPL Jack Bloom said on Sunday the MEC’s response to questions indicated that the MRI machine at Helen Joseph Hospital had been broken since March and Steve Biko’s machine broke down a month ago. “The Chris Hani Baragwanath and George Mukhari hospitals … can only rely on one machine as the other ones are broken. Kalafong Hospital has a functioning MRI machine, and the sole MRI at Charlotte Maxeke Johannesburg Hospital is working but is very old and needs to be replaced urgently.”

Three armed suspects are on the run after shooting a man during a brutal house robbery in Mpumalanga and threatening to put his grandson in the oven. Police are still hunting for the suspects, who attacked and killed the 51-year-old man at his house in Witbank on Wednesday. Alerted to a shooting, the police “found the lifeless body of the man lying in a pool of blood with bullet wounds to his head”, said Brig Leonard Hlathi. They then found his wife who was brutally assaulted. The house had been ransacked. "She allegedly informed the police that three armed men stormed in and demanded money and further threatened to put her grandson in the oven if they failed to comply. They then assaulted her after she informed them there was no money.” The suspects took seven firearms and two TVs before fleeing in the wife’s Suzuki Swift, which was later found abandoned.

Mandla Maleka has been appointed as Eskom's interim group treasurer, the power utility announced on Sunday. His appointment follows the end of Andre Pillay's tenure with the company on August 30. “Mr Maleka joined Eskom treasury in 1999 after serving as a director in the National Treasury budget office. He is currently the company's chief economist and head of portfolio management and foreign exchange (forex) trading, largely responsible for the hedging of all Eskom's forex derivatives and commodities. He also provides critical economic input to the wider group,” Eskom said. Maleka holds a master's degree in economics and completed the executive development programme at Wits University.

A blackout and the failure of a back-up generator knocked SABC radio stations off the air for an hour around Johannesburg on Sunday. The affected stations included METRO FM, 5FM, Radio 2000, SAFM and RSG. The public broadcaster issued an apology for the break in transmission. Spokesperson Vuyo Mthembu said: "The disruption of broadcast services was due to [a] power failure in and around the Auckland Park area where the SABC building is located and the back-up generator not being able to kick in as expected." The services were later restored and production continued as per normal, according to the SABC.

For Aphiwe Nomandla, a second-year computer science student, the cost of prescribed textbooks ranged from R799 to R3,985. But the texts may become much more accessible when the Copyright Amendment Bill becomes law. The National Assembly and the National Council of Provinces passed the bill. The final step before it becomes law is assent - when the president signs the bill into law. People with interests in intellectual property, here and internationally, have been waiting with bated breath for Cyril Ramaphosa to sign the bill. At issue are the bill’s several fair use provisions and exceptions for the educational, research and library sectors. Fair use refers to rights within copyright law to use protected works without licence or permission from the rights holder to serve various public interests. 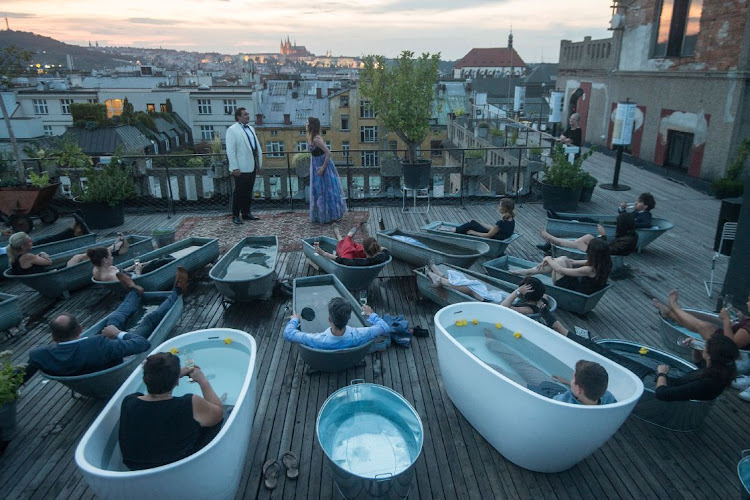 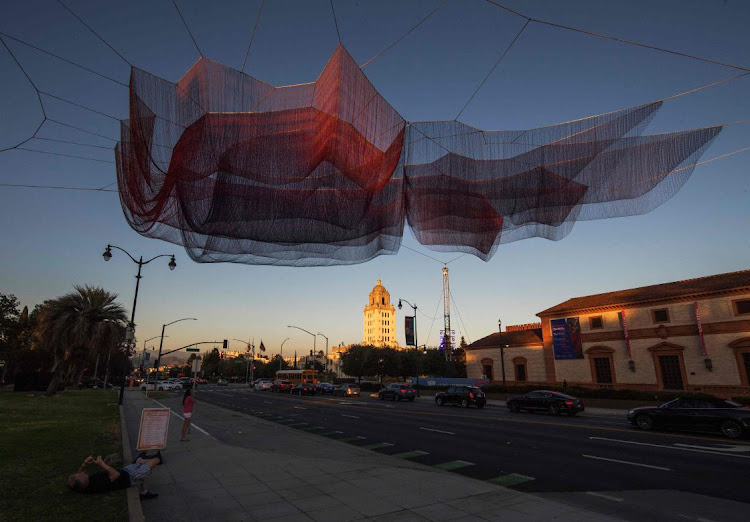 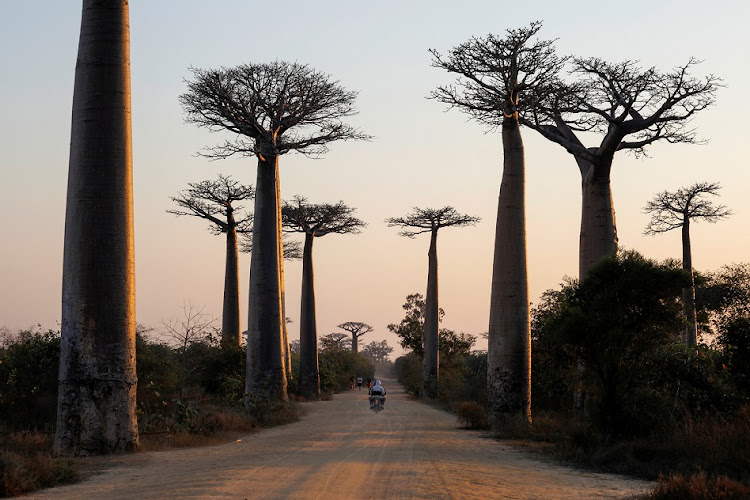 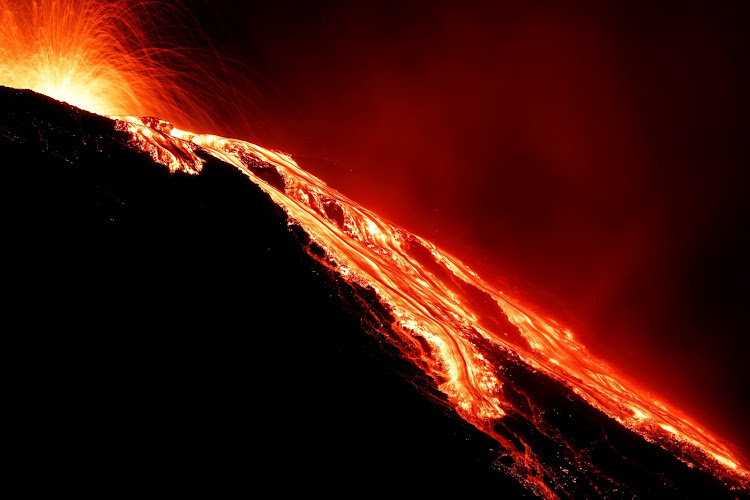 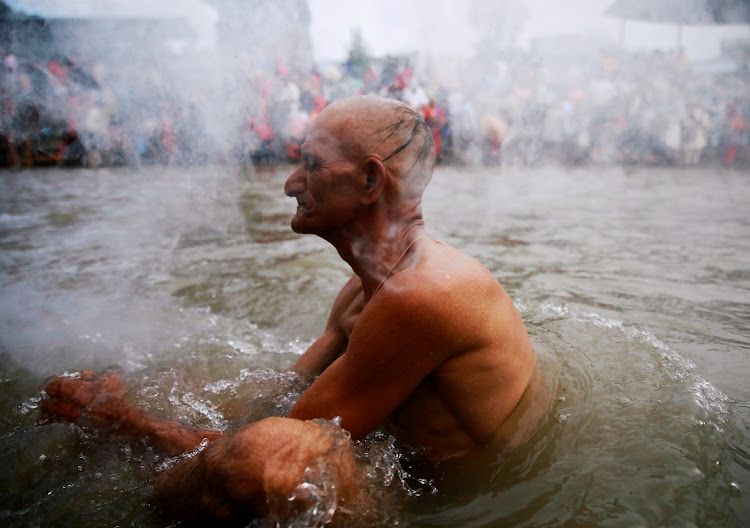 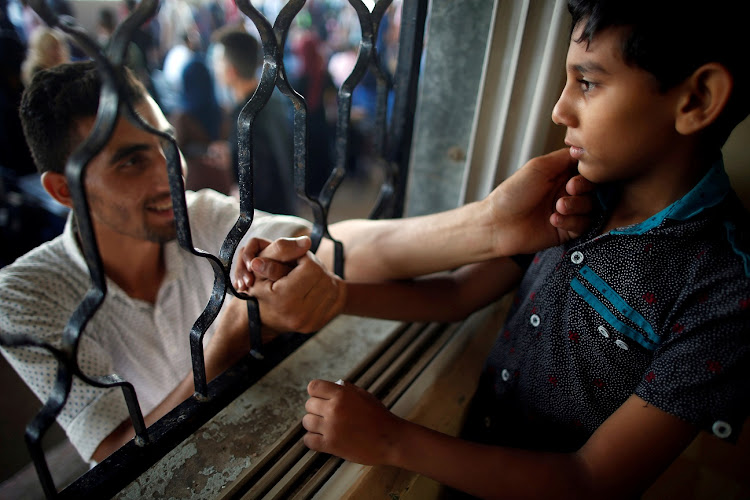 Epstein victims call Scotland Yard to assist US with probe

Cops will continue investigating whether the disgraced financier had co-conspirators, both in the US and UK

The problems is that DC's bears are on a lease that is about to expire, and Beijing will be wanting them back

A handful of walnuts, almonds, pistachios or hazelnuts cuts the risk of dying from heart disease, a study has found

The hills of one of America's national parks will soon be alive with the sound of cellphone ringtones, after controversial plans for signal coverage were approved. The biggest expansion of telecoms coverage in the history of the national parks service comes as campaigners battle to maintain peace and serenity in the wilderness across the US. "It's a harbinger of what's to come," warned Jeff Ruch, Pacific director for public employees for environmental responsibility. After the first nine cellphone masts at Grand Teton National Park in Wyoming, Ruch said the Grand Canyon in Arizona would be next, with five towers scheduled for approval. Plans were also in place for Olympic National Park in Washington state; Crater Lake in Oregon; Lake Mead in Nevada and Arizona, and southern Utah's Bryce Canyon. – © Telegraph Media Group Limited (2019)

Pickpocket here at your peril

Armed with whistles and dressed in athletic clothing, the vigilantes start their daily at Barcelona's Diagonal metro stop, a perfect feast of tourists and commuters. It takes less than five minutes to spot their first target: "Pickpocket!" Like a wolf pack, five members of the 10-strong citizens' patrol start chasing the supposed thief, out into the street. "There's another one." The pair are dragged back into a corner of the station by security and, with the help of the vigilantes, guarded until police arrive. leader, Eliana Guerrero, is a nemesis for pickpockets. For 12 years, she acted as a lone wolf, warning tourists of thieves in the city's metro. But the increase in crimes such as violent robberies - up 31% from 2018 - has put security at the top of the public agenda, and others have decided to join her. – © Telegraph Media Group Limited (2019)

Customs officials caught a Polish man after he tried to smuggle nearly 100 tarantulas in his luggage at Cayenne airport in French Guiana, regional officials said. He had attempted to carry a bag containing 38 adult and about 50 young, as well as dozens of egg-filled cocoons, through the airport in the capital of the French overseas department bordering Brazil and Surinam. He was arrested on Sunday as he prepared to board a flight to Paris, having packed the creatures "in plastic bottles" hidden among his luggage, the prefecture said. Officials said the man had described himself as "passionate about insects". According to French wildlife protection agency ONCFS, "the transport of (live) scorpions and tarantulas" is not forbidden wholesale but "regulated". But certain species, including some tarantulas, enjoy special protected status. – AFP

Trapped pope gets help from above …

Pope Francis said on Sunday he was late to his weekly Angelus prayer because he had been stuck in a Vatican lift and had to be freed by firemen. "I have to apologise for being late," the smiling 82-year-old told the faithful patiently waiting for him to appear at his study window overlooking Saint Peter's Square. "I was trapped in a lift for 25 minutes, there was a power outage but then the firemen came," he said. "Let's give a round of applause to the fire service," he said, prompting cheers. Italian TV networks that live-stream the Angelus had been concerned that the unprecedented seven-minute delay might have been owing to health reasons. - AFP

… but Singapore finds salvation below

Space-starved Singapore has expanded outwards by building into the sea and upwards by building high-rises, but planners are now looking underground as they seek new areas for growth. The nation has carefully managed its rapid growth in recent decades to avoid the problems faced by other fast-developing Asian metropolises, such as overcrowding and traffic chaos. But with its population of 5.6 million expected to grow steadily, authorities are considering how to better use the space below the streets in a city that is just half the size of Los Angeles. Singapore has already built an underground highway and state-of-the-art air-conditioning system, but is now looking to house more facilities beneath the surface to optimise land use above it. – AFP

Artwork from North Korea typically shows comrades lovingly working for the good of their perfect socialist society, grinning as they lay bricks or oversee factory production. For decades, images have commonly been displayed alongside pictures showing US soldiers as murderous wolves. Until now. With dictator Kim Jong-un keen to show improving ties with the old enemy, the bellicose images have recently been removed from view, at least in areas foreigners visit. Nicholas Bonner, an art collector from Britain who regularly travels in North Korea, said meetings between Kim and US President Donald Trump have influenced how Americans are depicted. Bonner, who this month is set to release artwork never before seen outside of the rogue state, says he noticed the change in 2018. – © Telegraph Media Group Limited (2019)

Motsepe’s ARM: Iron’s in the sweet spot but plat’s flat

Heil and hearty? SA’s not the only country going to the dogs

Like the ANC, Boris Johnson’s Conservative Party is fractured and failing to provide decisive leadership

Looking for an investment bargain? Xiaomi the money

When the market is extremely pessimistic, that’s when to look for great deals outside the overpriced big names

A woman’s power during her periods strikes fear in men

When it doesn’t click: how to tell when an online ‘lovebug’ is a parasite

Online dating is teeming with cases of fraud, identity theft and malware

A rundown of options for the right jogging shoes

SPORTS DAY: Safa tells coach not to worry about a goal yet

Ruan Pienaar in at No 9 for Boks! Just joking (we think)

When Rassie Erasmus announces his standby group of players, there may be one or two interesting ‘bolters’

Blasts from the past: Oscar kills it at 2011 world champs