Being barred from work has robbed me, says anti-abortion doctor

As he faces hearing over his religious views, he says he should’ve been allowed to do community service two years ago

Why has Mkhwebane got Cyril’s bank statements?

All she asked for was info on Gavin Watson’s donation but she got two years’ worth of records, his lawyers say

Tale of two heists: it was the FS’s worst of times

The agency admits it has done a 'great injustice' to commuters, as it unveils a turnaround strategy

Hackers and job-snatching machines: the new threats to medicine

Experts explain why the sale of medical records is big business, and why you should rethink a career in radiology

Workers would rather lose their jobs to bots than humans

Meth in their madness: were Brit soldiers on speed in WW2?

It's well known the Nazis used a little something, but what impact did Allied stimulant use have on victory?

The lonely, dangerous life of a self-driving car babysitter

Keeping watch on an autonomous vehicle sounds simple, but can be exhausting and potentially lethal

Weakness in the rand is expected to drive fuel prices higher in September. This is according to the Automobile Association (AA), which was commenting on unaudited month-end fuel price data released by the Central Energy Fund. According to the figures, 95 octane will rise by 10c a litre, and diesel by 25c. Illuminating paraffin is also expected to climb by 21c. The only positive in the latest figures is 93 octane, which shows a drop of 3c a litre. “The average landed price of fuel dropped across the board during August. If the rand/US dollar exchange rate had remained flat, we could have been looking at a drop of up to 30c a litre for diesel and nearly 52c for petrol. Unfortunately, continuing rand weakness means that prices will increase instead,” the AA said.

Members of the eThekwini executive committee were told on Wednesday morning that the full council meeting, in which the city's new mayor, deputy mayor and speaker were to be sworn in, has been postponed. DA councillor and caucus leader Nicole Graham posted the SMS notification she received from the secretariat on Wednesday about the postponement. Municipality spokesperson Msawakhe Mayisela confirmed that the full council meeting had been postponed and that a new date would be communicated. The municipality later said the meeting had been cancelled because there were not enough items to put on the agenda. Former mayor Zandile Gumede was ousted earlier this month. She stands accused of tender fraud and is out on R50,000 bail.

Police were still searching for a body in Phoenix, north of Durban, on Wednesday afternoon after a human hand was found in a stray dog's mouth. Police spokesperson Lt-Col Thulani Zwane confirmed the discovery, saying an officer from the K9 Unit had been sent to search the area. Private security company Blue Security said an armed response officer was dispatched to the scene after a resident notified them about the dog's grisly find in bushes in the residential area. Phoenix police detectives then took over the scene, and an inquest docket was opened.

A second officer has been shot in Gauteng in the space of two days. Police spokesperson Brig Vishnu Naidoo said a captain from Cullinan, east of Tshwane, was attacked at his home in De Wagensdrift on Monday evening. He was shot through the window of his home, while sitting in his lounge. "The captain responded by shooting back, but he was wounded multiple times. The suspects fled without taking anything," said Naidoo. The officer was taken to hospital in a serious condition. A case of attempted murder was opened. On Sunday evening, Const Mokgophe Rankoe was killed when he and a colleague, a 36-year-old constable from Dobsonville, were responding to a call about a house robbery in Braamfischer.

Bloemfontein SPCA inspectors had to have trauma counselling after witnessing horrific animal cruelty during a routine inspection of a Thaba Nchu abattoir. The slaughters, which happened on June 12 2018, led to the abattoir manager being convicted of animal cruelty in the Thaba Nchu Regional Court on Tuesday. What those three inspectors saw, and videoed, on that day at the state-run Botlhabelo Beef Cattle Breeders - formerly the Thaba Nchu Abattoir - were anything but quick, humane deaths. In one case, what should have been a single slice of the animal's throat turned into many because the knife was blunt. The 65-year-old abattoir manager, Sebokwane Isaiah Kalake, pleaded guilty to six animal-abuse charges. He was sentenced to combined fines of R5,000 or as much as nine months’ imprisonment, suspended for five years. The SPCA said it was happy with the sentence.

A cash-in-transit robber who was killed alongside one of his accomplices during an attempted heist in KwaMashu, north of Durban, on Monday, has been identified as an SA mixed martial arts fighter. Sbonelo Khuboni, known as “Ceeh” to friends and “Destroyer” to his opponents, attempted to rob - along with six other men - an SBV team in an armoured vehicle at the Bridge City Mall in KwaMashu. Provincial Hawks spokesperson Simphiwe Mhlongo confirmed that Khuboni and Mxolisi Mntungwa had been identified as the suspects who were shot in the botched robbery just before noon. An SBV guard was injured, while the remaining five suspects fled. 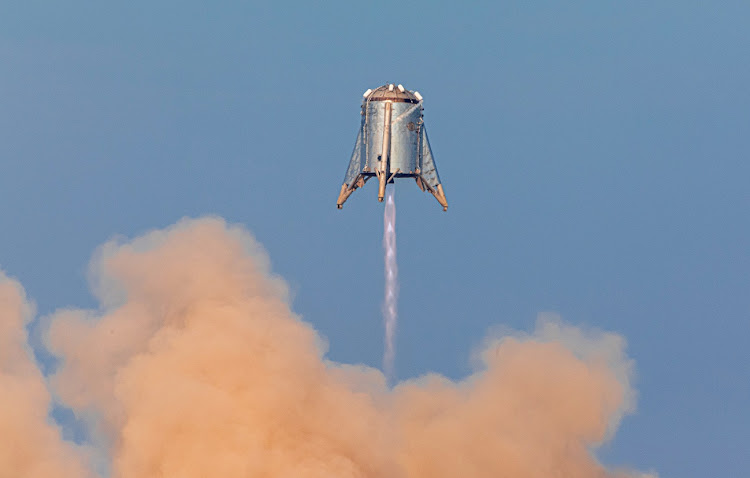 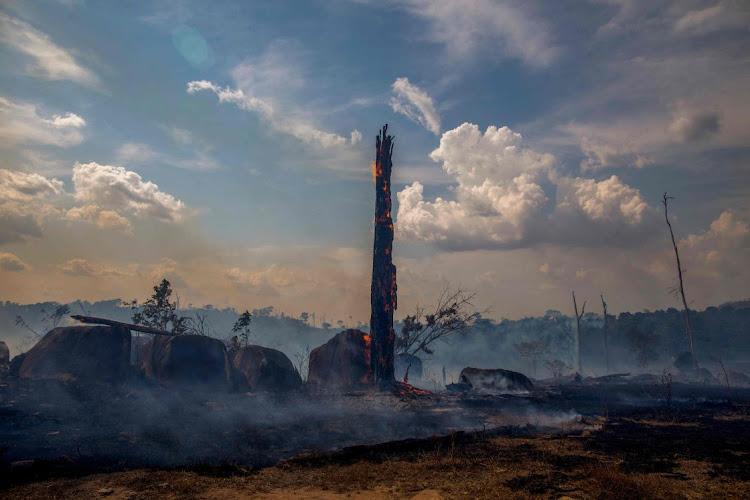 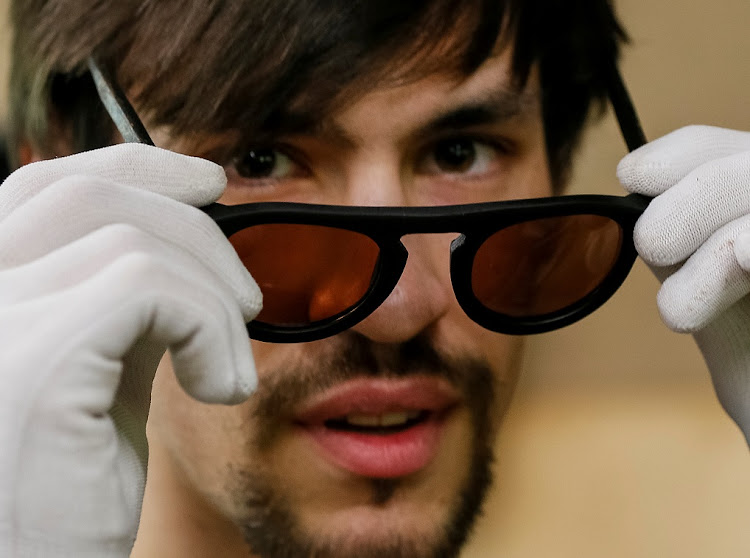 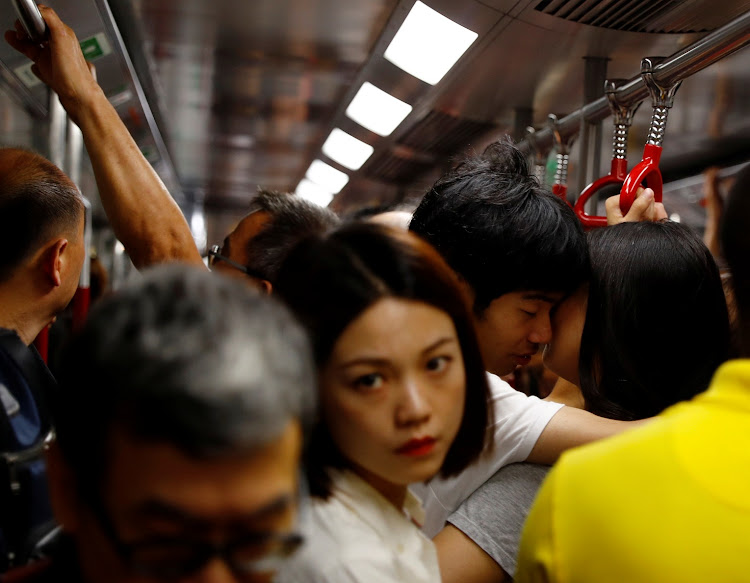 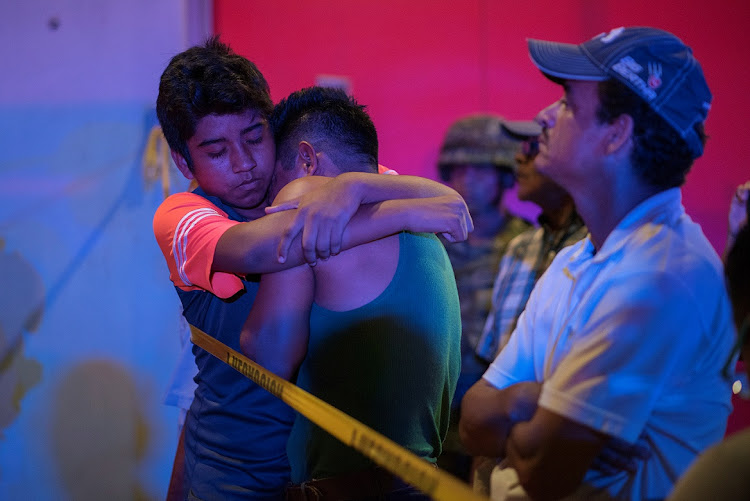 Models and tax collectors beware - bots are coming for your jobs

The caveman’s diet is the best way to lose weight, study finds

Crucially, the test subjects’ immune systems remained stable, even after six months on the diet

Know your ABCs and your LGBTs: the US makes history in the classroom

More and more states are including gay history in their curricula. It’s vital for teens’ mental health, say activists

Wonder what Bob Geldof thinks of this?

Thousands of revellers hurled tons of tomatoes at each other on Wednesday, cavorting in the red pulp beneath their feet in the Spanish town of Bunol. Organisers of the annual Tomatina festival tossed 145 tons of over-ripe tomatoes into the crowd from six large trucks, quickly converting the town into a sea of pink and red. Some revellers wore goggles to protect their eyes and some buildings were draped with tarpaulin to preserve their walls, while others got soaked with the pulp, creating a scene worthy of a modern art painting. The Tomatina is said to have originated from a spontaneous bust-up among villagers in 1945. — Reuters

Right-wingers would call it a takeaway

A street sweeper in Thailand has become an internet sensation after a picture of her carrying her dog on her back while sweeping the streets of the Thai capital went viral. Mazda, a year-old Poodle-Shih Tzu mix is seen calmly hanging in a vest attached to the back of his owner like a backpack while she sweeps the street in a Bangkok suburb, not bothered by passersby and the traffic. Thitirat Keowa-ram has carried the fluffy black and white dog to work every day for a year now, not bothered by the almost 10kg of weight in the pooch pouch on her back. A bring-your-dog-to-work trend has been gaining popularity in Thailand as a way to alleviate employee stress. — Reuters

British Prime Minister Boris Johnson will limit parliament’s opportunity to derail his Brexit plans by cutting the amount of time it sits between now and EU exit day on October 31, infuriating opponents who accused him of a constitutional outrage. In his boldest move yet to take the country out of the EU with or without a divorce deal, Johnson said he would set October 14 for the Queen’s Speech — the formal state opening of a new session of parliament where he will set out his government’s legislative agenda. That would effectively shut parliament from mid-September for around a month and reduce the parliamentary time in which lawmakers could try to block a no-deal Brexit. The news sent the pound down sharply against the euro and dollar. — Reuters

Tourism comes before power in Uganda

Uganda has scrapped plans for a hydro power station on the Victoria Nile in Murchison Falls National Park, a project tourism operators had warned would irreversibly scar one of East Africa’s natural wonders featured in the 1951 Hollywood adventure classic ‘The African Queen’ starring Humphrey Bogart and Katharine Hepburn. More than 100,000 tourists visit the park in Uganda’s northwest every year to gape at mighty waterfalls that channel the force of the world’s longest river through narrow points. ‘Definitely we still need more electricity to power our expanding economy, but this project can go elsewhere, not in the park,’ said the government. — AFP

Wake up and smell your sunglasses

Ukraine’s innovative Ochis eyewear brand is getting customers to literally smell the coffee — by making sunglasses out of coffee waste. Driven by an ambition to create eco-friendly yet fashionable sunglasses, Ochis experimented with various herbs like mint, parsley, and cardamom, before finding the right natural material in coffee waste. Green industries already use coffee waste to produce furniture, cups, printing ink, and biofuel, but Ochis is a pioneer in using it to make sunglasses, which smell of the freshly brewed beverage. The main advantage of sunglasses made of coffee grounds and flax glued by vegetable oil is that if disposed, they turn into a fertiliser after 10 years. — Reuters

Giraffes will no longer get it in the neck

A global wildlife summit has decided to regulate international trade in giraffes and a range of shark and ray species and tighten protections for elephants, otters and other endangered species. Parties to the Convention on International Trade in Endangered Species approved a long line of proposals to tighten protection. The Geneva meeting decided for the first time to list giraffes in its Annex II, thus requiring tracking and regulation to ensure all trade of the species is sustainable, amid a feared ‘silent extinction’ of the gentle giants. The African giraffe population as a whole has shrunk by an estimated 40% over the past three decades, to just under 100,000 animals. — AFP

Minister of trade and industry will lay out his plans for the garment industry in September ... we wish him well

Delport had a long stretch with the alluvial diamond miner, but shareholders lost faith in his strategic direction

Zeder is dropping seeds all over East Africa

The local designer is taking international fashion by storm

I had an AquaGold facial. This is what it was like

Gold-plated needles, a customised solution and, 10 days later, my skin had a healthy, plush glow

The glory of green and gold: how becoming a Bok changed my life

Hooker Scarra Ntubeni also talks World Cup standby duty, and why he believes we can lift the Webb Ellis Cup

Blasts from the past: Hezekiel Sepeng only just misses gold