ANALYSIS: This is what Watson’s death really means for SA

The files on Bosasa are there, but the kingpin is gone, cancelling out a crucial facet of the state capture probe

When arms deals, politics and death collide, is it really an accident?

SA thought he was a ghost, but he was a software developer caught up in a case of mistaken identity

Show us the money: what’s up with GOOD’s finances?

Whey off the mark: science backs a big protein shake-up

A huge proportion of whey protein products are not delivering what it says on the packet, scientists say

Gang’s alleged spree ends in court, but it’s not enough for residents

Chilling testimony gives insight to the reign of terror, which gang members at first admitted to but are now denying

Law and disorder: feuding attorneys throw the book at each other

BOBBLE HEAD A worker at the Palazzo del Cinema at the Venice Film Festival in Italy.
Image: Reuters/Yara Nardi

Parliament’s justice committee has resolved to ask National Assembly speaker Thandi Modise to instruct the assembly's rules committee to urgently draft rules on how to remove from office the public protector and other heads of Chapter 9 institutions. MPs agreed in just under four minutes on Tuesday to refer the process for removal of the public protector to the rules committee for urgent resolution. Committee chairperson Bulelani Magwanishe informed MPs of the committee’s decision. It had met last week. Magwanishe said the committee’s resolution was necessary so the speaker could refer the matter to the rules committee as soon as was practically possible. The committee would ensure Modise would receive the request on Tuesday.

Two months after a “very productive” three-hour conversation over tea and cake with Thuli Madonsela, former DA leader Helen Zille has launched her own podcast. Zille made headlines in May after she took to social media to express controversial views on “black privilege”. This resulted in the former public protector calling on her to withdraw her claims and apologise. On August 24, Zille announced the launch of the podcast, Tea with Helen, which will air on YouTube, iTunes and Spotify. According to the podcast's slogan, its purpose is to engage in conversations with those who disagree with the former Western Cape premier’s views. So far it has attracted more than 1,900 subscribers. The first video was posted on Monday morning, featuring Zille having tea with Business Day's former editor-in-chief, Peter Bruce.

Cops ‘the most corrupt public servants’

At least 15 pupils from Effingham Heights Primary School in Durban have been treated by paramedics after they started having coughing fits and complained of burning throats and eyes. Netcare 911’s Shawn Herbst said the pupils most affected were seated next to windows in class. The cause was not immediately known. “The school has no kitchen and there are no big factories in the area. We suspect that someone could have been playing with pepper spray or something outside the school premises, which would have affected the pupils,” Herbst said. The pupils were in a stable condition and their parents had been informed.

Staff Sgt Michael Mawande Njomane has been named as the soldier whose charred remains were discovered in the boot of a burnt-out car in Blue Downs, Cape Town. The 41-year-old had been a member of the SA National Defence Force since 1994 and is survived by his wife and four children. He had recently been transferred to one of the military units in Cape Town, but was not a member of the operation against gang violence on the Cape Flats. He was driving a government vehicle at the time of his kidnapping last week. His charred body was found in the boot of a white Hyundai Accent after firefighters extinguished the burning car on Silversands Road. Autopsy results are still pending. Two men were arrested last week in connection with murder. They are due in court on Wednesday.

One of SA's top TV journalists has drowned while on holiday with his family in Mozambique. Ben Said, eNCA director of news, died on Monday, the channel announced on Tuesday. Said had recently returned to SA from TRT World in Turkey and rejoined the senior management team at eNCA at the beginning of the month. "Ben was one of the country's best television journalists and his loss to the station is immense," eNCA said. "Having just rejoined the station, he was already making his presence felt across all aspects of the business. We are all in deep shock." The channel extended its condolences to his wife Nicky and his two daughters.

Dramatic footage of a city bridge collapsing in Terme, Turkey on Monday has been caught on camera. Two people were injured when the bridge collapsed due to heavy rains. Both survived with minor injuries. 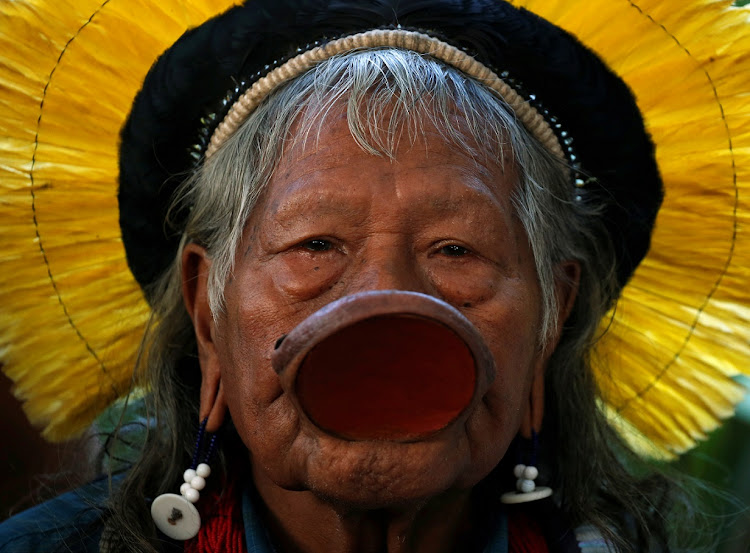 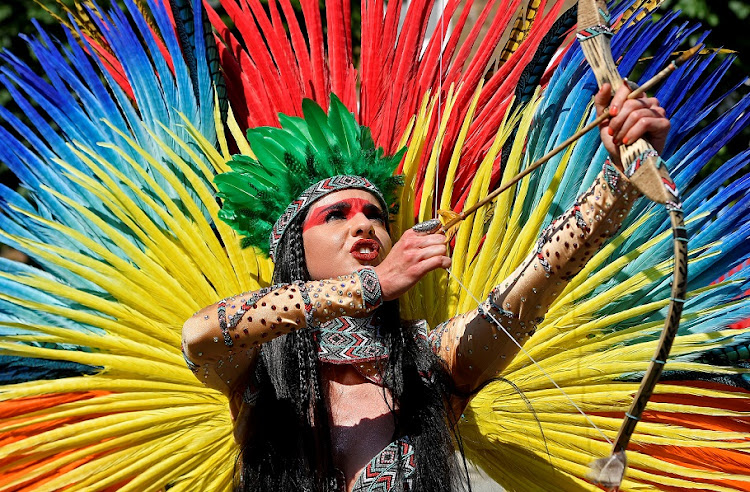 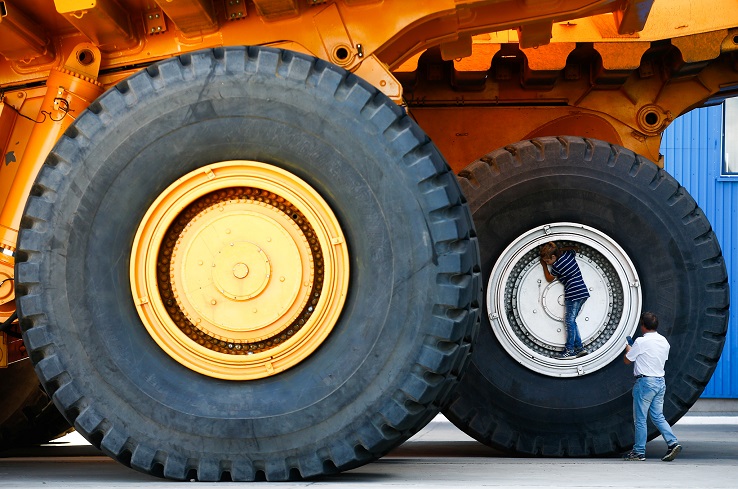 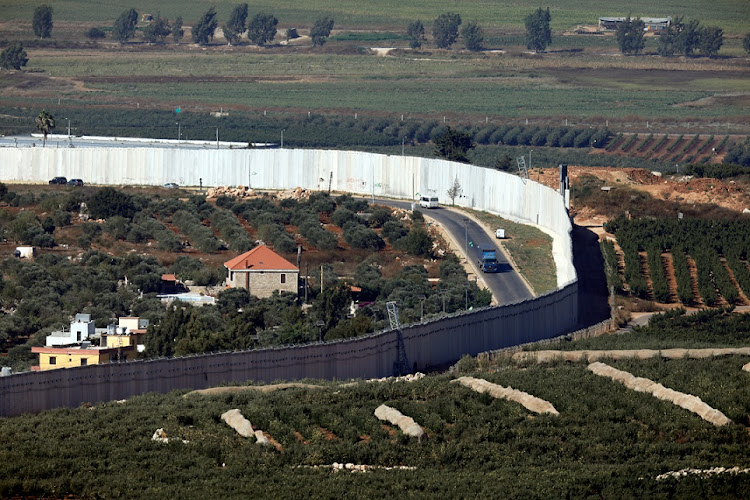 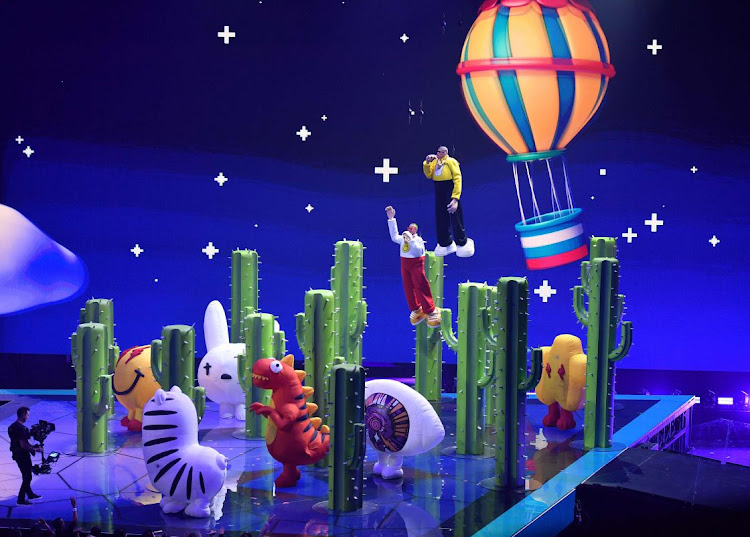 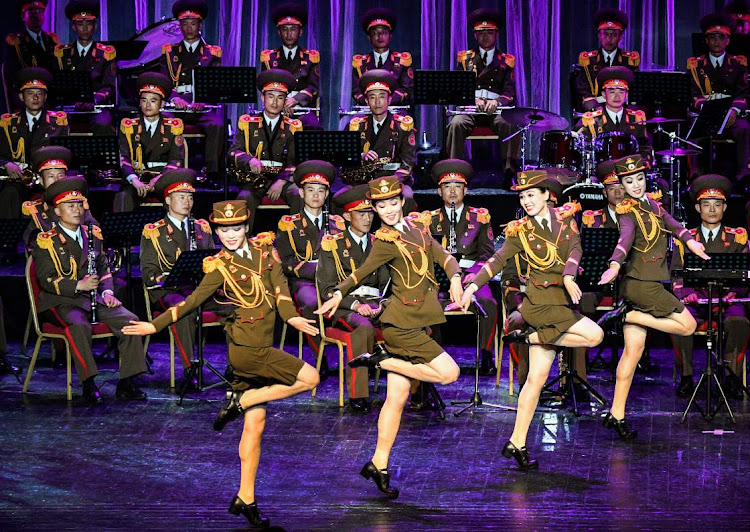 Lord Bell's charm and pithy slogans helped the Tories conquer Labour, but he was undone by the Bell Pottinger disaster

HUMAN RED LIGHT A demonstrator stands on a traffic light during a protest in Hong Kong.
Image: Reuters/Willy Kurniawan

Say sorry, Macron, for the sake of critical forest

Brazil's President Jair Bolsonaro says he is open to discussing G7 aid for fighting fires in the Amazon if his French counterpart Emmanuel Macron ‘withdraws insults’ made against him. ‘To talk or accept anything from France, with the best possible intentions, he [Macron] has to withdraw these words, and from there we can talk,’ Bolsonaro told reporters. – AFP

One passenger, about 130 cancelled flights

Munich Airport was forced to cancel about 130 flights to search for a passenger who mistakenly went through an emergency exit. Police had to order all people out of the airport, including passengers who had already passed through security, to ensure no dangerous items had been left behind. The missing Spanish passenger opened an emergency door in terminal 2, and was later found in terminal 1. – Reuters

An Austrian court has ruled a German hiker who was trampled to death by cows was partly to blame for the accident. A lower court ordered the cows’ owner to compensate the woman’s family, but a higher court ruled that the 45-year-old bore 50% of the blame as she approached cows, especially those with calves, with her dogs, a court official said. – AFP

Russian environmentalists celebrated a ‘huge victory’ after the last orcas, 10 of them, that kept in a notorious facility were released into the sea following year-long captivity. But 75 beluga whales still languish in pens in the so-called ‘whale jail’ in the Russian Far East, and the question remains whether Russia’s controversial practise of catching wild marine mammals for the aquarium industry will be banned. – AFP

Window of opportunity for Microsoft breach

Microsoft is remotely collecting data from users of Windows Home and Windows Pro, in a potential breach of privacy, the Dutch Data Protection Agency says. The agency said it had found the practices while testing privacy protection changes in Windows made at the agency’s request. Microsoft has complied with the agreements made, the agency said, but it was still remotely collecting other user data. – Reuters

Can’t see your way to getting rich? Here’s a spot of advice

It’s a long walk to financial freedom, but worth taking

Sasol: Shareholders are right to be cracking their knuckles

The share price has more than halved over the past year, and investors want bosses to share the pain

While local conditions are gloomy, the picture is completely different in other parts of Africa

In one morning, you could become a cook to Thai for

A relaxing class for any level of cooking finesse, Sawadee will make you fall in love with Thai cuisine

Women realise their hops and dreams with their own beer

Virgin's first commercial space terminal has opened in New Mexico, well in time for the first flight next year

Colonialism is not dead. More happily, neither is the Ashes

The foreign-born hired help won a Test on Sunday, and another concussed Oz’s best batsman the match before

Blasts from the past: Butch, Morne and Frans destroy Oz