Cyril had to fight dirty with CR17, but now he must clean up ANC elections

Money is what oils the ANC's wheels, and Ramaphosa was just doing what Zuma had done - but now it has to stop

Village torn apart in battle over who should be headman

Pupils kicked out for dagga: was school within its rights?

Parent says he didn't give permission for drug test, but school vehemently denies it acted outside the rules

SA ‘fraudster and fugitive’ tries to get out of jail

Botswana says he stole R280m and wants to extradite him. He claims he is being held illegally by SA

Stuck in a gym contract? Exercise your rights

It’s ‘shape up for summer’ time, but be wary before you sign up at a gym. It could be very bad for your financial health

Medical student passes on the remedy to poor pupils

In 2015, the Stellies student clinched nine distinctions in matric. Now he’s helping others achieve what he did

Secrets of the nannies who raised generations of royal kids

The Sussexes have enlisted help for baby Archie, continuing a long and fascinating tradition

Neo noir: when ‘The Matrix’ gave cinema a non-reality check

Its sequels didn't do it any favours, but there's no denying the classic's legacy, from bullet dodging to trenchcoats

They wrote it this week: A randy tsarina, and Rupert Brooke in a sulk

WHAT ONCE WAS An indigenous boy named Pedro Mura from the Mura tribe stands in front a deforested area in the Amazon rainforest near Humaita, Brazil.
Image: Reuters/Ueslei Marcelino

Eight licensing officials are expected to appear in the Middelburg Magistrate’s Court to face fraud and corruption charges on Monday following their arrest at the Lekwa licensing offices in Standerton, Mpumalanga, on Friday. The Road Traffic Management Corporation said the eight allegedly falsified vehicle ownership registrations on the national traffic information system (NaTIS) to enable truck owners to avoid payment of vehicle licensing fees, including penalties and arrears. The RTMC said it was estimated that the Mpumalanga provincial government had lost more than R67m in unpaid fees as a result of the scam.

Nine people were killed and 27 more suffered serious injuries in an accident in Limpopo on Saturday night. Police in Zebediela outside Mokopane are investigating a case of culpable homicide, following the crash at about 8.30pm along the R579 near Rafiri village. It is alleged that a Nissan bakkie was overtaking another vehicle when it collided head-on with a Toyota Quantum. Subsequently, another Toyota Quantum and a Mercedes-Benz sedan were also involved. Seven people died instantly, while two were certified dead on arrival at hospital, said police. The injured were admitted to various hospitals.

The lifestyles of SA's former presidents are under scrutiny in parliament. Over the past five years, the government has spent at least R82m in public funds to support the lifestyles of former presidents, says Dr Leon Schreiber, MP and DA public service and administration spokesperson. This is not the full extent of the expenditure, said Schreiber, "as it is only based on 60% of the available data, which means that the total amount potentially reaches as high as R114m". The allocations are to former presidents Jacob Zuma, Thabo Mbeki, Kgalema Motlanthe and FW de Klerk and their spouses, as well as former deputy presidents Phumzile Mlambo-Ngcuka and Baleka Mbete, along with their spouses. Schreiber said the information emerged from replies to parliamentary questions the DA posed after seeing Zuma arrive at the Zondo commission, "accompanied by eight luxury vehicles, flashing blue lights, and dozens of security guards".

Judge who ruled against protector in fakery fracas

A reward is being offered to help find four "persons of interest" who might be able to assist in an investigation into a robbery at a high-end jewellery store in Sandton last month in which items worth an estimated R8m were stolen. A watch worth R2.9m was among the luxury items at the House of Ameera at Nelson Mandela Square. The store was also robbed of 19 rings, diamond stones, Rolex watches and R280,000 which had been kept in a safe. The store has hired a private investigator, Heinrich Viljoen, who said on Sunday two men and two women had been positively identified from CCTV footage and could help with investigations. The suspects “could possibly be around the Johannesburg and/or Cape Town areas. They are allegedly well-known members of a Cape Flats gang. Anyone with information can call Viljoen on 074 891 8948.

A man believed to be in his late 20s was shot dead near Zandspruit, west of Johannesburg, on Sunday morning. Another person sustained serious injuries when he was assaulted in the same area. Werner Vermaak from ER24 said paramedics were called out shortly after 7am. Along with police, they found the young man had sustained a gunshot wound to his head and back. "There was nothing that could be done for him and he was declared dead on the scene." At about 8am paramedics were called back to the area. A man, believed to be 44, was found along Beyers Naude Road outside the informal settlement. "He had sustained severe burn wounds as well as wounds following an assault," said Vermaak. He was rushed to hospital. Police are investigating. 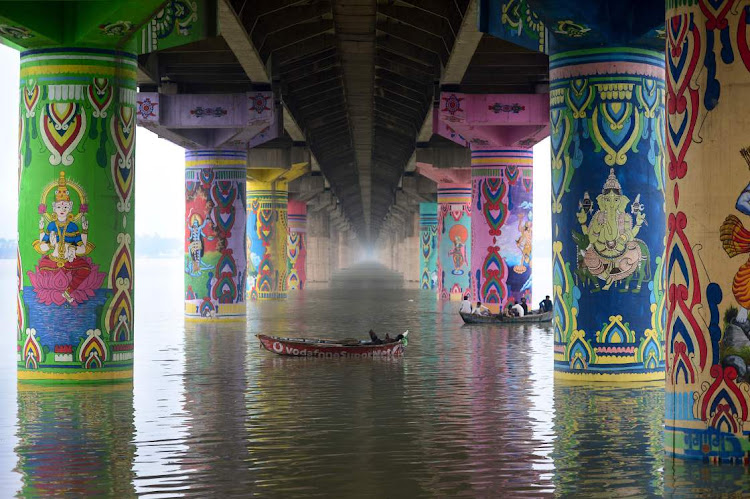 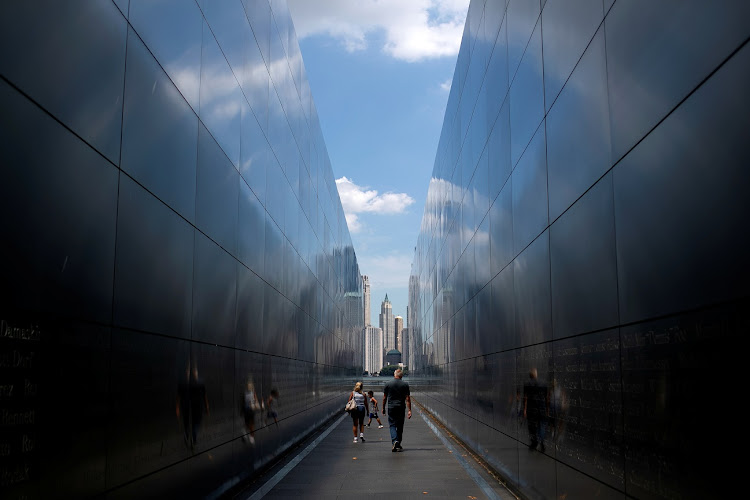 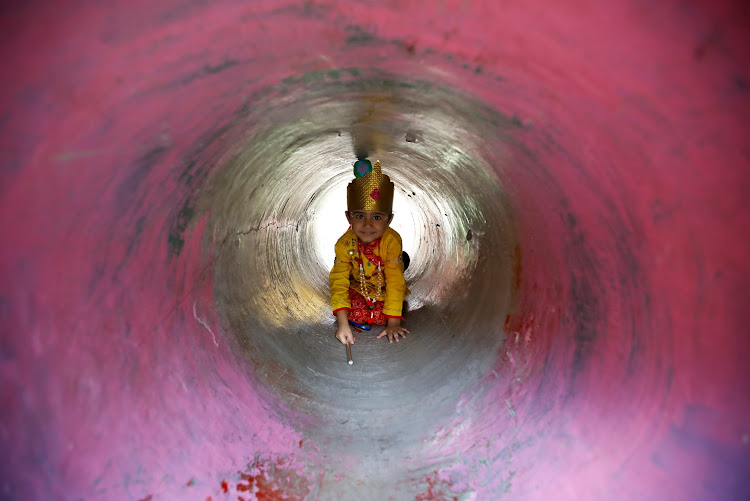 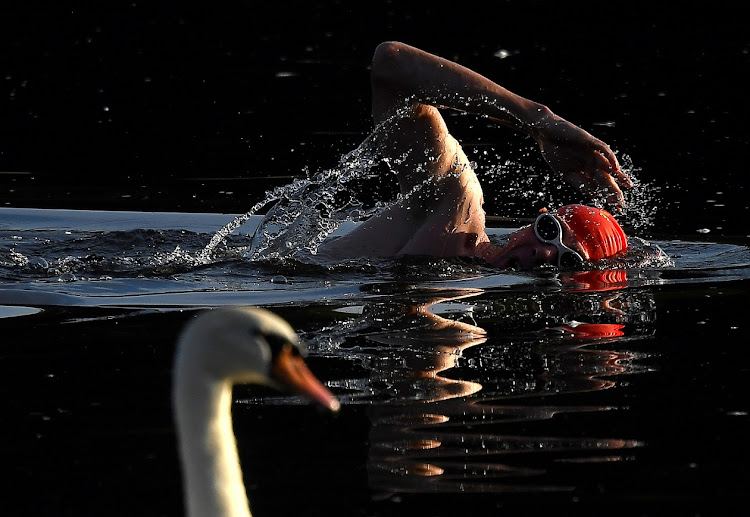 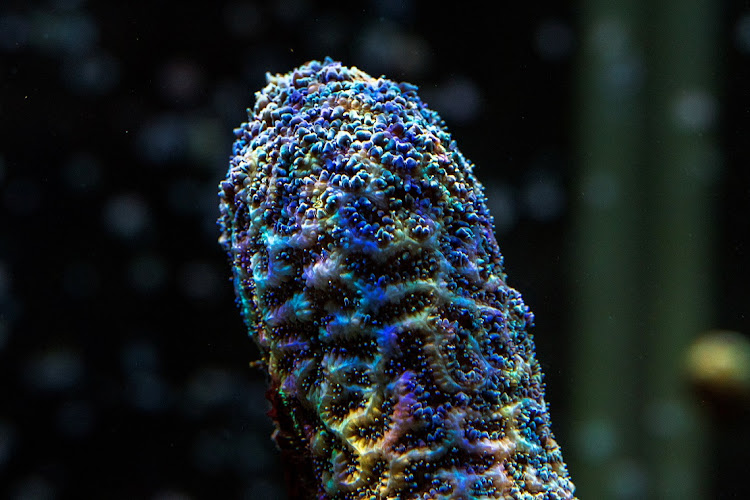 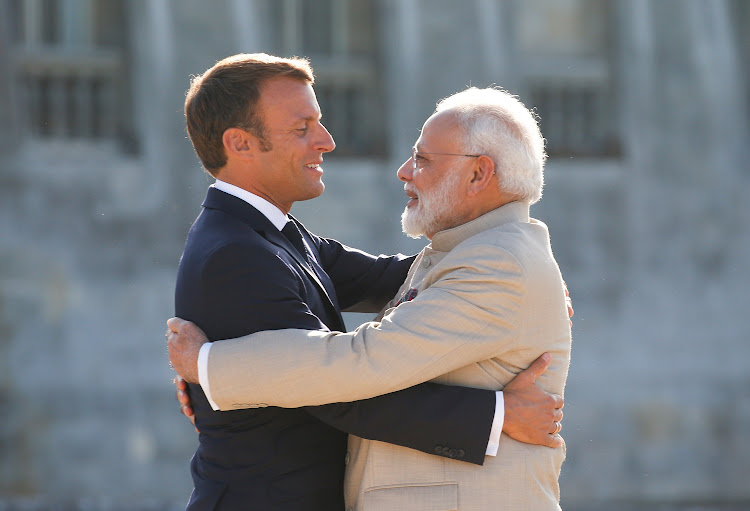 Smart call: this is why you shouldn’t hoard your old phone

But while 40 million unused gadgets pile up, tech firms are not making it easy for buyers to give them a new life

The over-medication epidemic is making tens of thousands sick, and it’s a medical catastrophe

Legal eagle has landed: did this astronaut commit the first crime in space?

HOP IN HOOPS FOR HOPE Oliver, 21, a Honduran migrant who lost his leg on a freight train known as ‘La Bestia’, en route to the US, jumps during a physiotherapy session in Silao, Mexico.
Image: Reuters/Edgard Garrido

Yes, dads, you should be there at child-birth

The age-old question of whether men should be in the delivery room with their partners may finally have been answered by scientists. A trial involving 48 couples who took part in a test to see how much pressure they could stand while their index finger was squeezed hard, found having a partner present significantly raised their pain threshold. When alone, most managed just over 2.5kg of pressure, but that rose to around 2.8kg when their loved one was near. The researchers say the trial confirms the analgesic effects of social support - even without verbal or physical contact. – Telegraph Media Group Limited (2019)

Being fit rots your teeth

Extreme fitness risks dental decay, scientists have warned, after a new study found half of elite athletes had rotting teeth. A study of 352 Olympic and professional sportsmen and women found high rates of dental problems, even though they brushed their teeth on average twice a day. Researchers believe the relentless intake of sports drinks, and energy gels and bars are to blame due to their high sugar content. Intensive exercise may also prompt changes in saliva and the immune system. – Telegraph Media Group Limited (2019)

A German city is offering a reward of €1m to anyone who can prove it doesn’t exist. Bielefeld launched the bizarre marketing stunt this week to mark the 25th anniversary of one of the country’s longest-running jokes. The Bielefeld conspiracy theory is often held up as proof that the Germans do have a sense of humour after all. The joke, which originated in an early internet meme, is that the city doesn't exist and that there is a national conspiracy to pretend that it does. What makes the joke effective is practically everyone in Germany plays. The people of Bielefeld have not always taken kindly to being the butt of a national joke. But now the city has decided to turn the joke on its head. – Telegraph Media Group Limited (2019)

World sticks its neck out for giraffes

Giraffes have been given protection against unregulated trade for the first time as their numbers begin to decline. The animals, which are hunted for their hides, bones and meat, have been added to a list of endangered species at a summit in international trade. Conservationists said the ruling - which was opposed by southern African countries – “throws a vital lifeline to this majestic species”. It is thought giraffe numbers have decreased by about 40% in the past 30 years and only 68,000 mature individuals remain in the wild. – Telegraph Media Group Limited (2019)

An Australian couple who fed their baby daughter a strict vegan diet that left her severely malnourished have avoided serving a jail sentence. The man, 35, and woman, 33, from Sydney were given an 18-month jail term which will be served as a community order. Their daughter, now three, looked like a 12-week-old infant at 19 months due to her “inadequate” diet, the court was told. She was fed a diet of oats, rice milk, potatoes, vegetables, rice and tofu and was occasionally given a mouthful of fruit or sultanas as a snack. The toddler was found with no teeth when she was taken into care last year. – Telegraph Media Group Limited (2019)

‘Go fly a kite’ can be lethal in India

A young girl riding on a motorcycle with her father in New Delhi has died after a glass-coated kite string slit her throat, reports said on Sunday, the second incident in a week. Kite flying is a popular sport in India, but has turned deadly in recent years, with people using strings coated in metal or glass to try to cut down competitors' kites. In the latest incident on Saturday, the four-year-old was travelling to a temple with her father when nearly half her neck was cut by the string. – AFP

Skilled foreigners can’t get past home affairs, and SA is paying the price

Foreigners bring investment, skills and business capability, but SA appears to regard them all with suspicion

Staying healthy doesn’t have to be an Insta-dream ... just think a little

A healthier you is just around the corner, and these three easy food habits will get things rolling

A little bit of saving could save your child’s future

Nobody said saving for your child’s education is easy, but it is possible. Here are five valuable tips

Three women-hosted podcasts you should hear

Barty, Osaka, Halep, Pliskova also lie in wait, although Williams insists the number isn't that important to her

Blasts from the past: Fairy lights up SA rugby in 1903