ANALYSIS: When is a rapist not a rapist? SA’s law needs to decide

Health department launches an urgent probe into the dismissal as a petition gets 11,000 signatures

SA plants being booted into extinction at a staggering rate

Our three biodiversity hot spots are taking a battering from urbanisation, agriculture and invasive species

Final word on the k-word, in black and white

Peter-Paul Ngwenya's use of the word against another black man cannot be accepted as part of a culture, court rules

Regulator has a whopping 16,000 drugs awaiting registration. Soon, it vows, this backlog will be no more

Coveting your neighbour’s big house can be a costly business

Drawing comparisons with the home next door can lead to dissatisfaction with your own, research reveals

Got a question about sex? Stick it in Pandora’s Doos

When you make it rain, it pours and you break the bank

A salesman sold water to a fish; Charles Hatfield convinced everyone that he could create rain for a fee

A cleansed, mob-free child of Latin can, like, be hurled at window-washers

The ANC in Johannesburg has withdrawn its motion of no confidence in mayor Herman Mashaba. In a last-minute announcement in the city’s council chamber on Thursday, ANC councillors asked for the motion (which the party tabled) to be withdrawn. They said they would raise another motion next month. The announcement was made just before the council was due to hear motions tabled before it. It is unclear why the ANC chose to withdraw its motion. The party’s Johannesburg branch said on Wednesday it had consolidated the support of 145 councillors to have Mashaba removed – nine more than it needed to have the motion passed.

ANC secretary-general Ace Magashule filed a defamation lawsuit against African Transformation Movement (ATM) defector Buyisile Ngqulwana this week and petitioned the Bloemfontein High Court for R500,000 in damages. This comes after Ngqulwana claimed in May that Magashule was involved in the formation of the ATM, which Magashule denied. Magashule says in court papers the lawsuit's primary objective is to clear his name. He is also asking the court to demand that Ngqulwana retract his claims and issue a public apology. In his founding affidavit filed on Monday, Magashule wrote that Ngqulwana's claims that he helped establish the ATM are "without any factual basis" and "completely false". Magashule added that he had never met Ngqulwana, nor had he ever spoken to him.

Flying the SA flag high and winning the hearts of Americans and the world, Mzansi's Ndlovu Youth Choir have secured their spot in the America's Got Talent semifinals. The results were released at about 3am on Thursday. Musical director Ralf Schmitt confirmed the news on the choir's Twitter page: "We’re through to the semifinals of America's Got Talent, the worlds' biggest show. We’re living the dream and loving every moment of it. Thank you to everyone who loves and supports us, we love you back!." The group blew the audience away in the quarterfinals with a moving rendition of U2's Beautiful Day.

Don't fight an AK-47 with a Bible, cops told

New KwaZulu-Natal police commissioner Lt-Gen Khombinkosi Jula urged officers on Thursday to take the fight against crime seriously. Speaking at the launch of the Stabilisation Operation, an initiative to deal with violent crimes in the province, he told members not to retreat in the fight against violent crimes. Referring to clashes between police and foreign shop owners in Johannesburg, he said: "We do not want a repeat of what happened in Johannesburg about two weeks ago. We are going to advance, we do not retreat.” Taxi violence and police killings, as well as crimes against women and children, are among the operation’s five priority focus areas. Community safety MEC Mxolisi Kaunda said: “If criminals attack you while executing your duties, use your tools of the trade to defend yourselves and the authority of the state. If criminals pull out an AK-47 we do not expect the police to go fetch a Bible in the car.”

The racial hatred case launched by trade union Solidarity against Black First Land First (BLF) and its spokesperson, Lindsay Maasdorp, was postponed on Thursday until September 17. Solidarity said the postponement came after BLF ignored the court date, despite papers having been served. Judge Ratha Mokgoathleng said the case was of constitutional importance and the court required the presence of BLF. Solidarity filed the complaint at the Equality Court on February 14 2019, after receiving a mandate from parents of Hoërskool Driehoek disaster victims. A walkway collapsed at the school, killing four pupils and leaving scores injured. The complaint was made after Maasdorp celebrated the tragic death of four young pupils on social media, writing: "I would 'mourn' the deaths of the victims if they turned out to be black but 'celebrate' them if they were white." Maasdorp was not available for comment.

Police have rescued a lion cub in one of Cape Town's most populous neighbourhoods. Western Cape police spokesperson Sgt Noloyiso Rwexana said on Thursday the cub was found in Athlone on Wednesday. It had been transported from Limpopo. “Various addresses were searched in the Athlone area and the lion cub was found in the suburb. A case of possession of an endangered species was registered by the stock theft unit and the lion cub was taken to a place of safety. The estimated street value of the lion cub is R50,000,” she said. Three people aged between 28 and 30 were taken in for questioning.

GOOD founder and minister of public works Patricia de Lille has shown youngsters who is boss in her latest video, in which she is seen jamming to Mafikizolo's Ndihamba Nawe on Thursday. 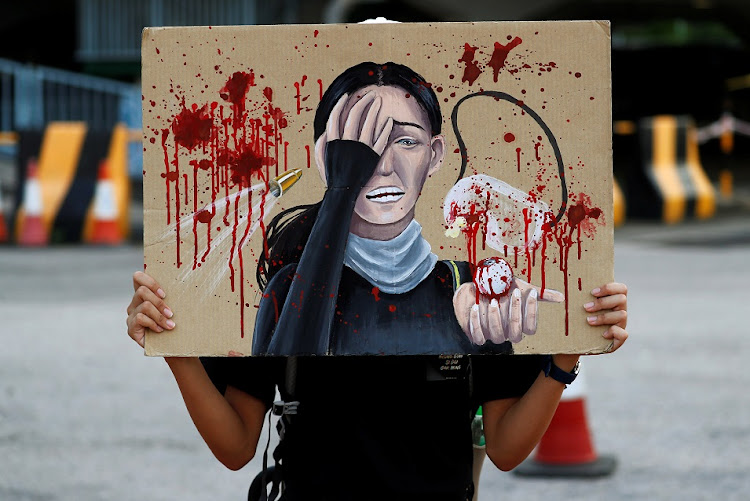 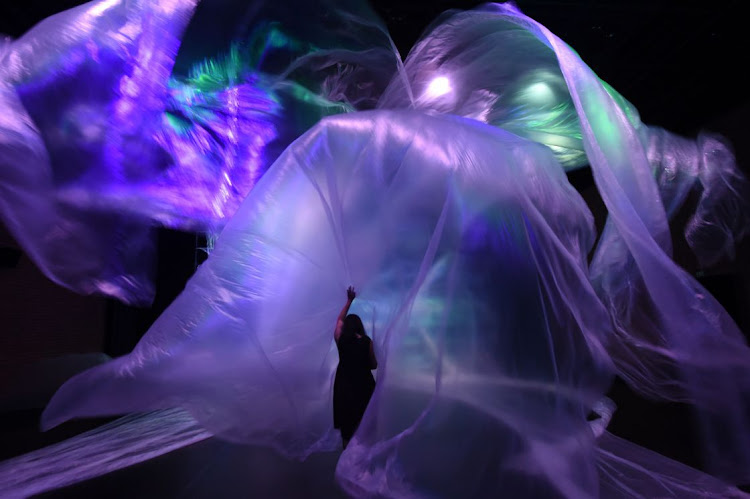 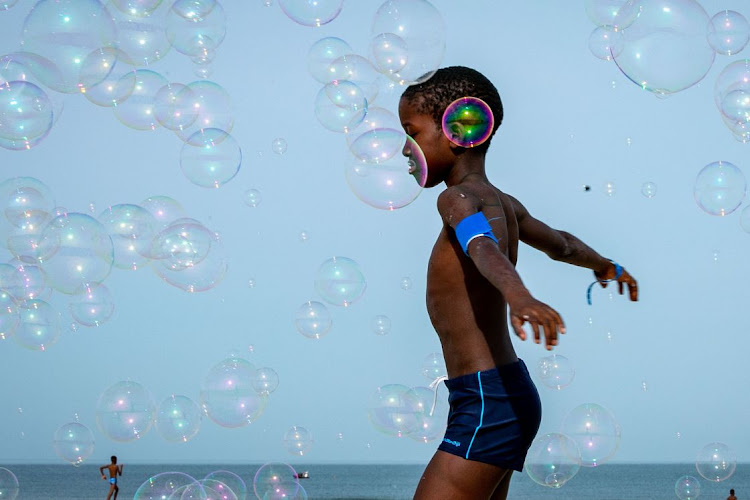 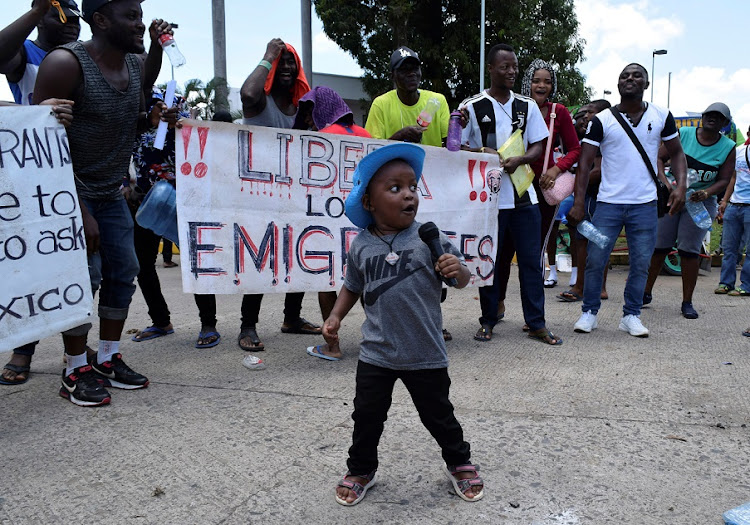 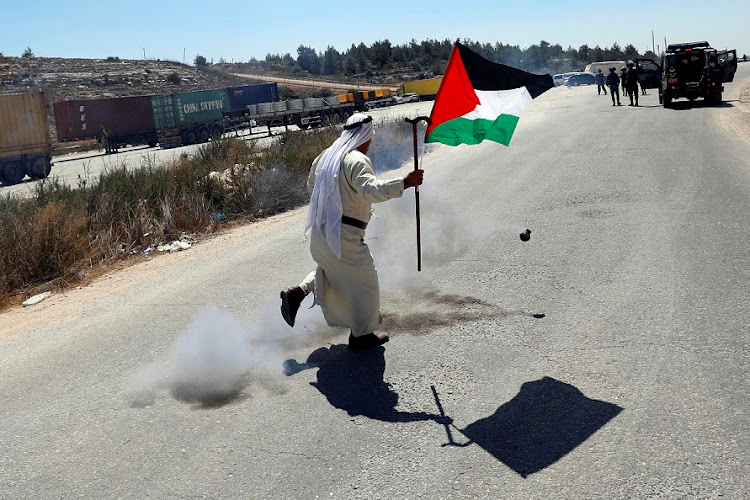 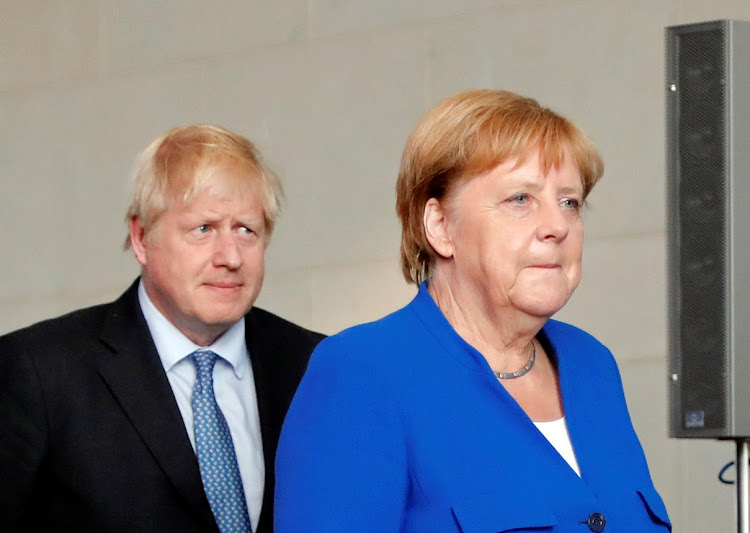 He's got his eyes on other territory, and wants to warn China and Russia to keep their mitts off the region

The nowhere kids: Korean orphans on a quest for answers

If they don't die from a curable disease, these children 'age out' of an orphanage into a world where they don't belong

Emoji flirting: get cracking, boomers, ’cause that’s not a peach

That aubergine, those water droplets and a monkey covering its eyes look so innocent, right?

Russia has launched an unmanned rocket carrying a life-size humanoid robot that will spend 10 days learning to assist astronauts on the International Space Station. Named Fedor (Final Experimental Demonstration Object Research), the robot is the first sent up by Russia. It blasted off in a Soyuz MS-14 spacecraft on Thursday from Russia's Baikonur cosmodrome in Kazakhstan. The Soyuz is set to dock with the space station on Saturday and stay until September 7. Soyuz ships are normally manned on such trips, but on Thursday no humans were travelling in order to test a new emergency rescue system. Instead, Fedor, also known as Skybot F850, was strapped into a specially adapted pilot's seat, with a small Russian flag in hand. "Let's go. Let's go," the robot was heard saying during launch, repeating the famous phrase used by the first man in space, Yuri Gagarin. – AFP

… while Boeing sticks to humans

A crew of veteran US astronauts and aviators are training in Houston for a manned mission to the International Space Station aboard Boeing's new Starliner spacecraft, which could also be used to take tourists into space on future missions. The Boeing Starliner mission was originally scheduled for this month, but that has been delayed to at least the end of 2019 or into 2020 due to technical issues and amid a shake-up in the top echelons of the space agency. Boeing and rival Elon Musk's SpaceX are competing to become the first private company to resume human space flight from US soil after the space shuttle programme ended in 2011. – Reuters

US energy secretary Rick Perry - who oversees the country's nuclear arsenal - has fallen for an Instagram hoax. He reposted a message claiming there was a "new Instagram rule" that would allow the social media site to "use your photos", according to images of the since-deleted post on Perry's account - which he also linked to from Twitter - that were carried by US media. But Perry was ready."Instagram DOES NOT HAVE MY PERMISSION TO SHARE PHOTOS OR MESSAGES," according to the post, which billed itself as offering protection against the new rule if it was displayed on a user's account. There was just one problem: there was no new rule. "There's no truth to this post," BuzzFeed News quoted a spokesperson for Instagram's parent company Facebook as saying. Some on social media then wondered whether someone who couldn't identify an internet hoax should be in charge of nuclear arms. – AFP

Trump in a pill not such a raving mad idea

A Florida man who was found to have ecstasy pills shaped like US President Donald Trump’s head has been charged with unlawful possession of controlled substances, according Pinellas County court documents. Brendan Dolan-King, 23, was charged after police searched his apartment in June and discovered fentanyl and five orange pills shaped like Trump’s head, which were later found to contain MDMA, or ecstasy. The confiscation resembles one in Indiana in 2018, when the Lafayette Courier-Journal reported that police patrolling an interstate highway seized an orange tablet in the shape of the 45th US president’s head, with his lips puckered on the front and “Great Again” printed on the back. As many as 5,000 such pills were seized in Germany in 2017, NBC News reported. - Reuters

The weighs and means of measuring a frog

Bullfrogs, pythons and penguins were among creatures being coaxed onto the scales at London Zoo this week for the annual check on their weight and size. The check-up allows keepers to assess the animals' general health, find out about pregnancies, when they are about to moult, and help to administer medicines according to their weight, the Zoological Society of London said. The information is shared with zoos around the. But actually getting animals to stand up and be measured is no easy task, involving for example tricking penguins into walking over scales as they line up for their morning feed or hanging breakfast from up high to encourage lions to reach up to their full height. - Reuters

The head of a research centre at the Massachusetts Institute of Technology has said he will quit in protest after the revelation of financial ties between the institution and disgraced hedge fund manager Jeffrey Epstein. Ethan Zuckerman, director of the Centre for Civic Media at the MIT Media Lab, said he would leave at the end of the 2019-20 academic year after finding out that lab director Joi Ito took money from Epstein, who committed suicide in prison on August 10 as he awaited trial on sex-trafficking charges. "My logic was simple: the work my group does focuses on social justice and on the inclusion of marginalised individuals and points of view," Zuckerman wrote in a message posted on the Medium forum Tuesday and added to Wednesday. "It's hard to do that work with a straight face in a place that violated its own values so clearly in working with Epstein and in disguising that relationship." – AFP

Mpact: Going around in circles (in a good way)

All in for growth in Africa, creating gigantic distribution centres and extending the reach of IT systems

Locking in that high rand gold price is a fantastic way to boost cash flows and the bottom line. But get it wrong?

‘Kanarie’: If you can imagine Boy George in the army ...

‘Once Upon a Time in ... Hollywood’ is uproariously funny and surging with cinematic adrenaline

Blasts from the past: Mulaudzi is 800m world champs victor