With an equal spread of guilt in the ANC, he must back off from the Zuma-EFF cabal or risk collapsing his presidency

‘The Cuban’, who tried to buy a Russian submarine and hid in plain sight in SA, has been extradited to the US

Axing upheld for teacher who did circumcision procedure in class

The Cape man was undone by an incident involving two 14-year-olds, a needle and thread and a splash of ethanol

The Gupta-linked farm could still be viable, the man at the heart of the project tells the state capture commission

Tiny Cape house bogged down in a swamp of red tape

Property owner says it's a model for sustainable living, but the city is unmoved and now the matter is going to trial

Killed by bullets and sunshine: albinism is a death sentence

Those with the condition are not only at risk of murder, they’re dying of skin cancer owing to social isolation

Don’t cry for us: Argentina’s political nightmare is mirrored in SA

Populism, decades of bad governance, Zuma-esque strategies – the two countries have many woes in common

Really, Kodwa? R50k gets you only a spin on the gravy train

More people bottle up ‘quiet stress’ and the silence is deadening

There is a growing epidemic of people who don’t voice their anger, and suffer just as much

An executive committee (exco) meeting at the embattled eThekwini municipality was postponed after opposition parties walked out on Tuesday. It is understood the walkout was because some ANC executive committee members, who were to be redeployed, were present at the meeting. The municipality has been thrown into turmoil since the ANC’s decision to redeploy mayor Zandile Gumede, who has been charged with tender fraud. The ANC provincial executive committee decided last week to recall Gumede and all the party’s members on exco. This, however, has not yet been done.

Cable thieves and vandals have caused major disruptions to Cape Town's railway network, forcing the cancellation of 27 passenger train routes and causing peak-hour commuter delays. Metrorail’s Western Cape spokesperson, Riana Scott, said on Tuesday “extraordinary measures” had to be adopted to ensure the safety of passengers after cables and infrastructure were stolen and damaged. Trains scheduled for Tuesday afternoon were also likely to be affected. Metrorail said earlier vandals had disrupted the rail network on Sunday and Monday. “Metrorail condemns these acts of vandalism in the strongest possible terms. Despite a string of arrests and convictions, thieves continue to cripple train services by brazenly stripping critical infrastructure and inconveniencing thousands of commuters through their criminal deeds,” the rail service said.

A traditional healer in Mpumalanga who admitted killing a teenager who had albinism and her baby cousin for muti to boost his business will soon learn how long he will spend behind bars. The National Prosecuting Authority (NPA) confirmed that Themba Thubane pleaded guilty to seven charges. Sentencing was scheduled for this week. NPA spokesperson Monica Nyuswa said the man admitted to killing Gabisile Shabane, 13, and her 15-month-old cousin, Nkosikhona Ngwenya, in order to extract muti from them to revive his failing business. Thubane was arrested with co-accused Thokozani Msibi‚ Brilliant Mkhize‚ and Knowledge Mhlanga in 2018, after they allegedly broke into the Shabane household in Hlalanikahle‚ Mpumalanga. The three co-accused have pleaded not guilty and are expected to return to court on May 25 2020.

A trainee police pilot and his assistant were lucky to escape serious injury in a helicopter crash at Virginia Airport, north of Durban, on Tuesday. The pilot was seen walking around after being assessed and cleared by paramedics. He didn't want to comment on the crash. Emergency workers said that shortly after 11am the pilot, stationed with the SAPS Air Wing, had been undergoing training. The chopper reportedly lost power upon approaching land. Police spokesperson Brig Vish Naidoo confirmed the crash: "A SAPS Squirrel helicopter crash-landed today at Virginia Airport. This happened during a training exercise. An investigation is under way.”

A newborn fell to his death at Mamelodi Hospital, east of Pretoria, after nurses allegedly refused to help his mother, who gave birth standing up. Theresa Ngwendu, 30, the Zimbabwean mother, told Sowetan on Monday she was rushed to the hospital a week ago as she was about to go into labour. She said a nurse at the hospital refused to help her on arrival and told her "this is not Zimbabwe". Her water broke inside the maternity ward at about 6am. "My baby came out while I was standing after the nurse refused to assist me. I was in pain while also bleeding," Ngwendu said. She said her baby fell head first to the hospital floor and was immediately declared dead by nursing staff. Hospital CEO Dr Terrence Makhudu said an investigation had been launched.

Man killed by lions at reserve outside Pretoria

A man was killed after he was attacked by lions at a game reserve north of Pretoria on Tuesday afternoon, paramedics said. Best Care spokesperson Xander Loubser said they were called to the scene at about noon. "The people we had contact with on the scene confirmed they had already killed two lions. On our way they called and said they had killed three lions in total and were now able to get to the man,” the emergency medical service said. Loubser said the reserve was between Dinokeng and Cullinan. He said the man was the owner of the lions.

Two men were arrested by a police officer who happened to be passing by the jewellery shop in Blue Route Mall in Tokai, Cape Town, when four men entered and robbed the store. 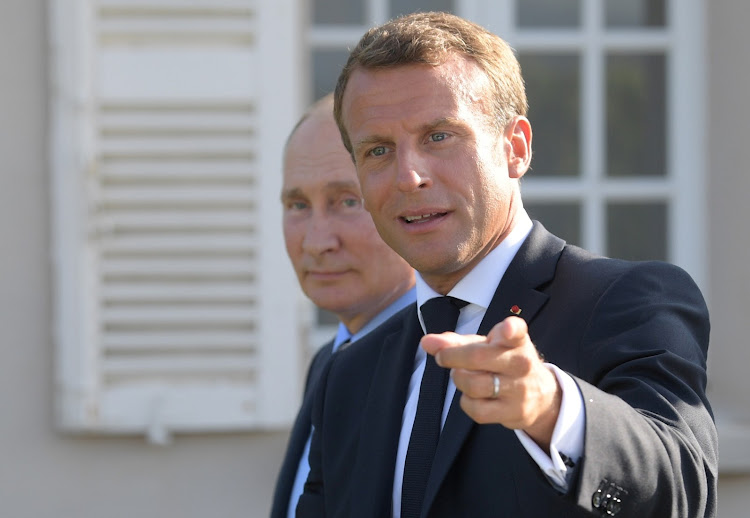 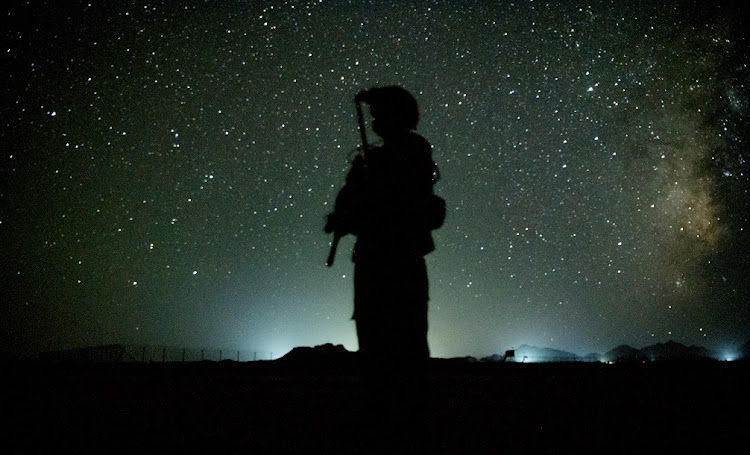 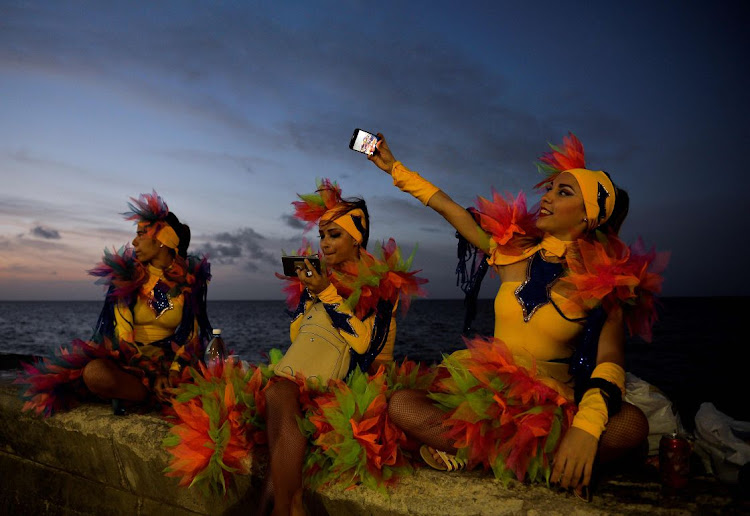 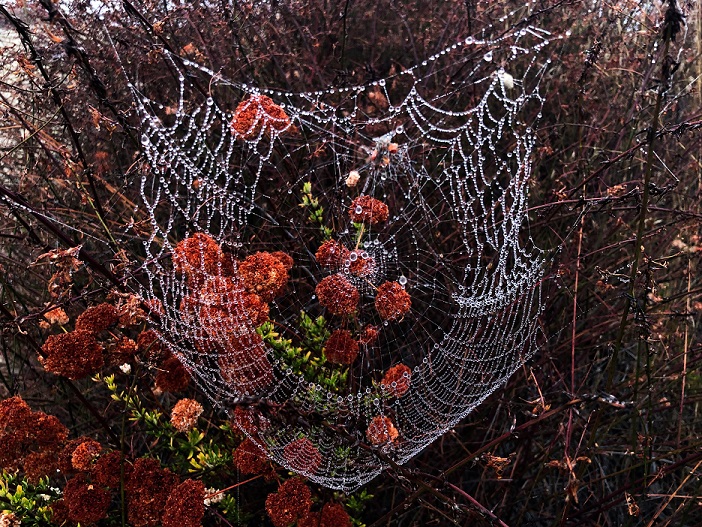 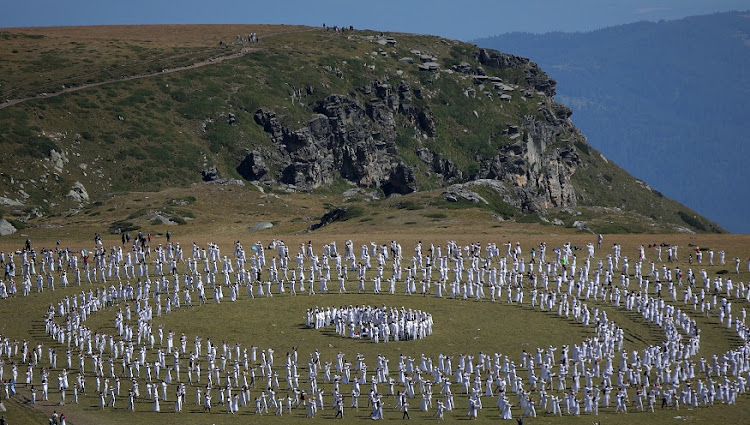 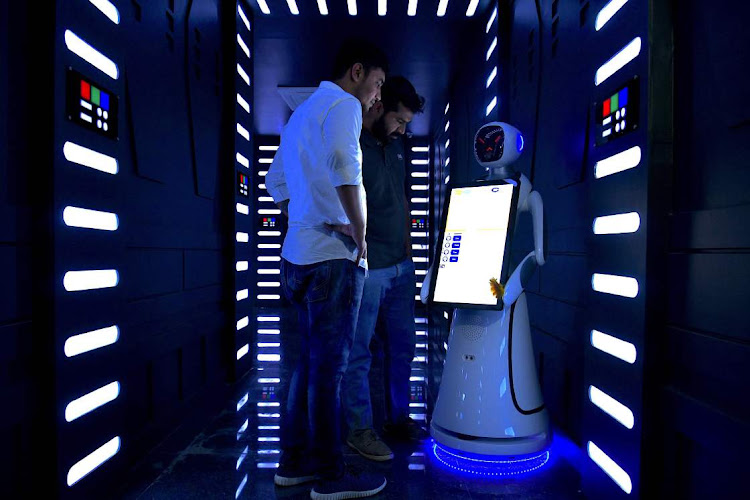 The future is loopy: meet the guys taking up Musk’s super-train challenge

This Dutch team have very little money, but they’re big players in the quest for vacuum-assisted maglev transport

‘Hands off my Harry!’ Elton leaps to duke’s defence over jet ‘hypocrisy’

According to the pop star, it’s okay to take four private jet flights in 11 days and yet still claim you’re eco-friendly

If you have to take antibiotics, go with your gut instinct

While doctors are cutting back on their use, this is how to protect yourself if you have no choice

Is ‘War and Peace’ too daunting? Just read it with your ears

Whether you read text or listen to it, it stimulates the same parts of the brain, researchers have found

REVOLUTIONARY DREAMS Bernie Sanders warms up before a baseball game between his staff, ‘The Revolutionaries’, and the Leaders Believers Achievers Foundation at the ‘Field of Dreams’ movie site in Dyersville, Iowa.
Image: Reuters/Al Drago

A programme to attract wealthy foreigners to live in Malaysia has drawn 251 applications from Hong Kong residents this year, compared with 193 approved last year. Property consultants said interest in the ‘Malaysia My Second Home’ (MM2H) initiative has surged among residents of Hong Kong, rattled by anti-Beijing protests that began more than 11 weeks ago. – Reuters

Sri Lanka has rejected as ‘unwarranted and unacceptable’ mounting international criticism of the appointment of general Shavendra Silva as army chief. The foreign ministry called the appointment a ‘sovereign decision’ by President Maithripala Sirisena. Colombo added the condemnations were ‘based on allegations’. – AFP

A hijacker armed with a toy gun was shot dead by police in Rio de Janeiro after he held bus passengers hostage for several hours on a major bridge in peak-hour traffic. About 31 people were stuck on the vehicle for four hours, but no one was hurt. Law enforcement surrounded the bus as they negotiated with the hijacker. – AFP

Riot side of the law: hundreds escape from jail

More than 250 inmates escaped a Papua prison and set it ablaze during violent riots as fresh protests broke out in the region. The prison break happened as several cities in Indonesia’s easternmost territory, where an insurgency against Jakarta’s rule has simmered for decades, saw rioting and protests triggered by the detention of Papuan students. – AFP

Situation ‘out of control’ as migrants leap off boat

Spain said it would send a military ship to the Italian island of Lampedusa to fetch migrants on board a charity boat that has been stuck at sea for days as Rome refuses it access. Ten migrants leapt into the water to try to swim to Lampedusa in desperation. NGO Proactiva Open Arms, which owns the charity boat, warned the situation was ‘out of control’. – AFP

Gamers play with their health for the millions

A record $33.5m is up for grabs, but professional eSports players at The International in Shanghai this week pay a physical price with deteriorating eyesight, digestive problems and wrist and hand damage. Eighteen teams will play in front of thousands online and at a stadium. But doctors have warned of an assortment of conditions that players would rather ignore than pass on a million-dollar opportunity. – AFP

Not quite panic signals, but telecoms theft raises alarm

Even though they have alternatives to Eskom, mining companies are hammered with the new carbon tax

Zambezi does it when you get away to northern Zimbabwe

Escape to Wilderness Safaris Chikwenya camp, a luxurious and remote tented camp on the floodplain

Treat your hooch cabinet to these five top tipples

From gin and wine to mezcal, scotch and the finest Belgian beer, you’ll be so glad you coughed up

Our favourite restaurants in Spain: Eats beyond amazing

The Basque people decided that tapas were just too simple and small ... and then of course there’s Madrid

Dané van Niekerk and Marizanne Kapp aren’t like most other couples. The married pair play in the same team

Blasts from the past: Percy’s kicks settle Tri Nations final