Krugersdorp killers will rot in jail, much to relief of victims’ families

All he and a colleague wanted to do was spruce up the tea room, they say - now his career is over

We know Ramaphosa outspent Dlamini-Zuma at Nasrec, and honestly, think about what we’d be if he hadn’t

Lawyers in the dogbox over their huge fees

What3words can do: deliver a pizza and save a life without an address

The service is used by 36 police services in the UK, by India’s ‘Uber', Mongolian nomads and now SA’s ER24

App turns the tables on throwing a dinner party

What to do with those cashew nut shells? Make sunblock

Soon you’ll be able to catch some rays and help save the planet at the same time, if these scientists have their way

Psst ... here’s a novel campaign to call out sexual predators 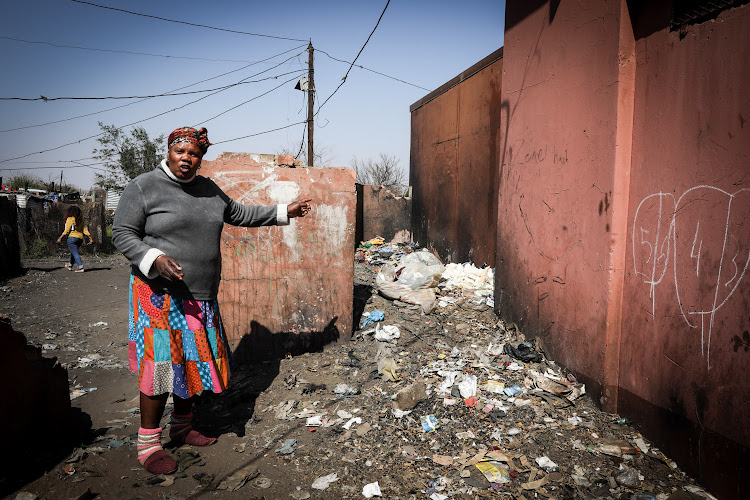 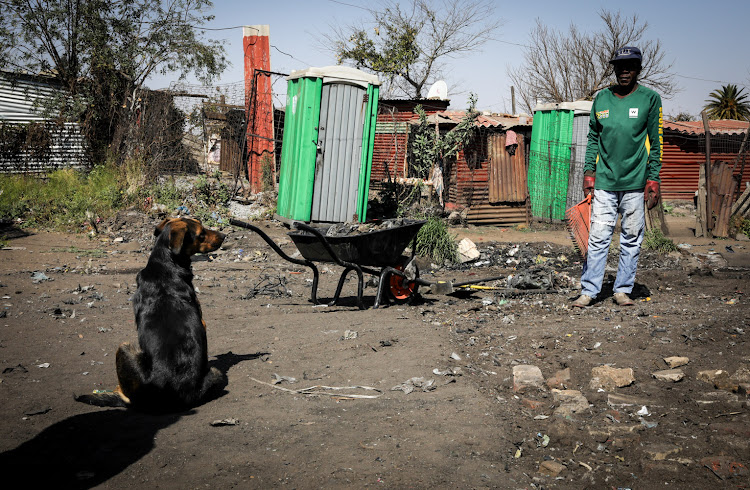 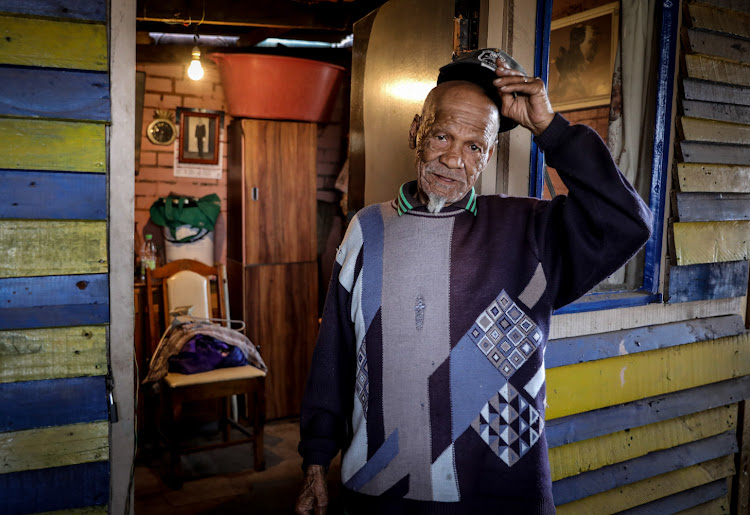 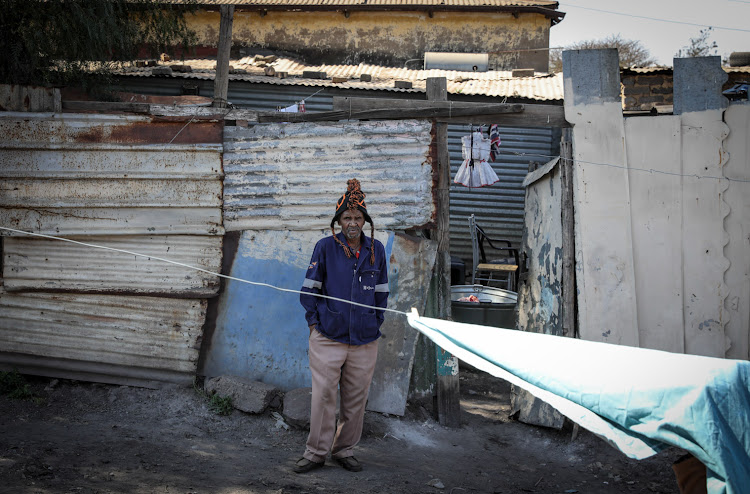 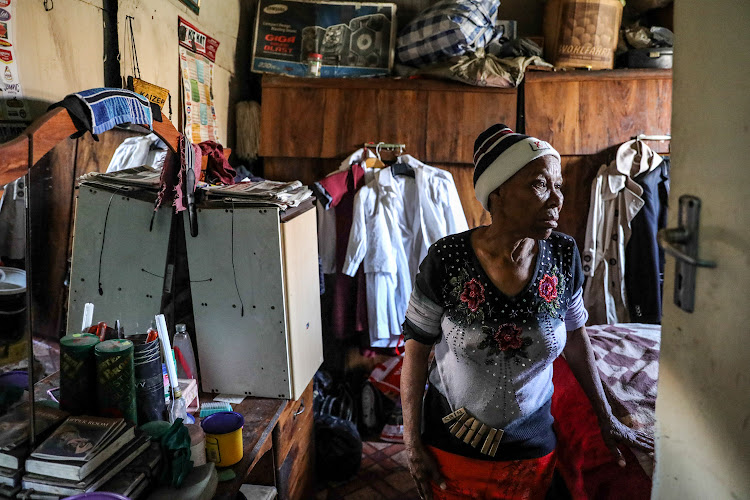 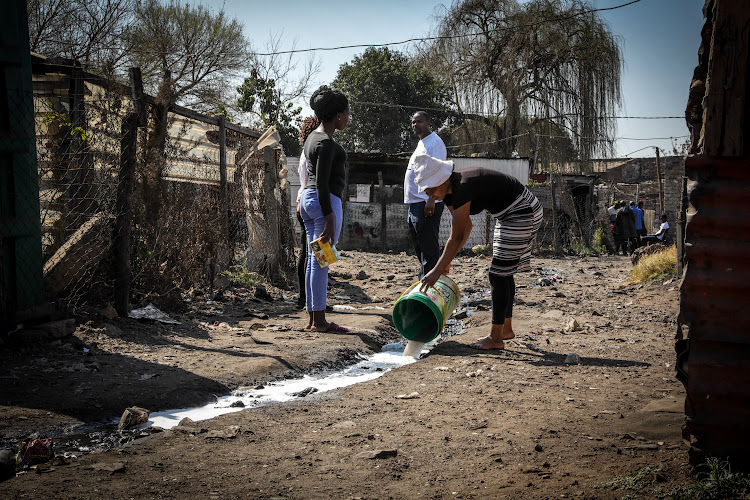 The Msunduzi municipality's environmental health unit warned communities in and around Pietermaritzburg on Tuesday to stay away from rivers affected by last week's oil and caustic acid spill. Despite earlier warnings, there were reports of people retrieving dead fish from the contaminated Baynespruit and Duzi rivers to sell to unsuspecting customers. "The message is still very clear that the river system is still a no-go area," said the unit. "However, water from the municipality’s supply is absolutely safe for use." Vegetable oil and caustic acid from the Willowton Group's oil factory spilled into the Baynespruit stream following an accident at its facility on August 13, polluting the water. The Willowton Group has embarked on clean-up operations, said the unit.

A top police detective who nailed high-profile killers Henry van Breda and Jason Rohde stands accused of shooting a colleague dead at the weekend. Sgt Marlon Appollis, 41, appeared in the Franschhoek Magistrate's Court on Monday to face a charge of culpable homicide in connection with the death of 40-year-old Sgt David Hoffman. Appollis and Hoffman are attached to the anti-gang unit established by President Cyril Ramphosa in 2018 to fight rampant gang violence on the Cape Flats. Independent police investigative directorate (Ipid) spokesperson Sontanga Seisa said the shooting occurred on Saturday night. “The deceased is alleged to have been shot in the head. The motive is unclear and Ipid's investigation is continuing,” said Seisa.

Please Call Me inventor Nkosana Kenneth Makate, who is challenging a R47m settlement offer in a court case, is hoping to extract more than R10bn from Vodacom. However, he conceded that should the court rule in Vodacom’s favour, it would be the "end of the road" for him in the drawn-out legal wrangle. As per a Constitutional Court order that the parties negotiate a reasonable compensation arrangement, Makate’s team has done its homework and determined that R10.25bn (including interest) was owed to their client. Makate is challenging the R47m which Vodacom offered him for the idea. The amount was determined by group CEO Shameel Joosub. Makate filed papers last week in the North Gauteng High Court in Pretoria.

South African National Parks (SANParks) has welcomed the conviction and sentencing of three men linked to rhino poaching in the Kruger National Park. The Skukuza Regional Court handed down 10-year prison terms to Adolph Ndlovu and Abednigo Mahlabane last week for charges including trespassing and possession of unlicensed firearms and ammunition. A third man, Jeffrey Mathebula, was sentenced for trespassing in a national park and fined R10,000, alternatively two years imprisonment, of which half was suspended for five years. Also last week, the Hawks said it had arrested three people alleged to be the masterminds behind a rhino poaching syndicate in Gauteng. Two Chinese nationals and a Taiwanese man were arrested.

The disappearance of two SA men in Vietnam is under investigation by Gift of the Givers, which fears they may have fallen prey to an organ harvesting syndicate. John Bothma and Mushfiq Daniels didn't know each other, but both had been teaching English in Ho Chi Minh City. Gift of the Givers founder Imtiaz Sooliman said they shared mysterious acquaintances - two American women he described as having had contact with both men and who paid for their flights around South East Asia and treated them to lavish gifts. “Both families approached me last week, which helped me, because I can compare the circumstances.” Bothma, 22, disappeared in May, shortly before he was due to return home. Daniels, 28, vanished in July. Sooliman said evidence pointed towards the men having become caught up in an organ-harvesting ring, based on the prominence of the black market trade in Vietnam and their disappearances resembling past crimes. He pledged to involve Interpol.

Two people were arrested after they were found in possession of mandrax worth R5m, Eastern Cape police said on Monday. Spokesperson Captain Andre Beetge said police spotted a suspicious-looking silver Nissan Almera driving on the N2 close to Kinkelbos and gave chase. Eastern Cape SAPS Flying Squad officers pulled the vehicle off the road and searched it. Police found 50 plastic bags in the vehicle's boot. Beetge said the bags contained 77,500 mandrax tablets with an estimated street value of R5m. The 45-year-old man and a 26-year-old woman were arrested on charges of dealing in drugs. They are expected to appear in the Alexandria Magistrate's Court on Monday.

Sibusiso Zondi, 34, has been 'trapped' in his eighth-storey flat for nine years in Durban. Zondi, who has cerebral palsy, has not left the building for two years due to a broken lift. Life Response heard about Zondi’s story and surprised him with a visit to take him to the beach on Friday. 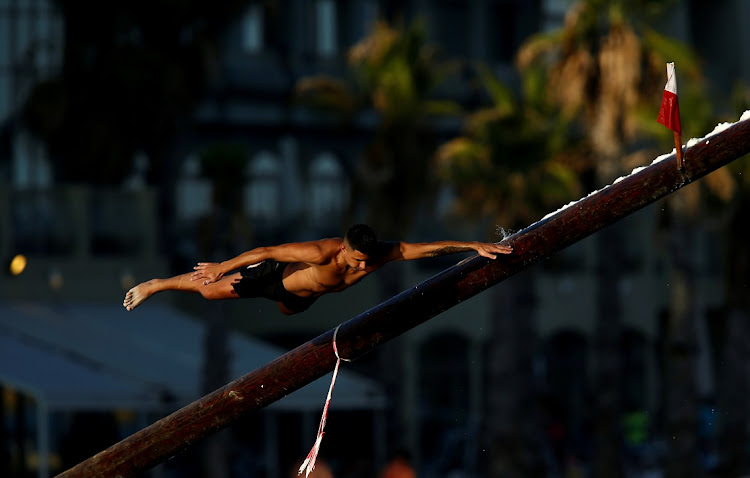 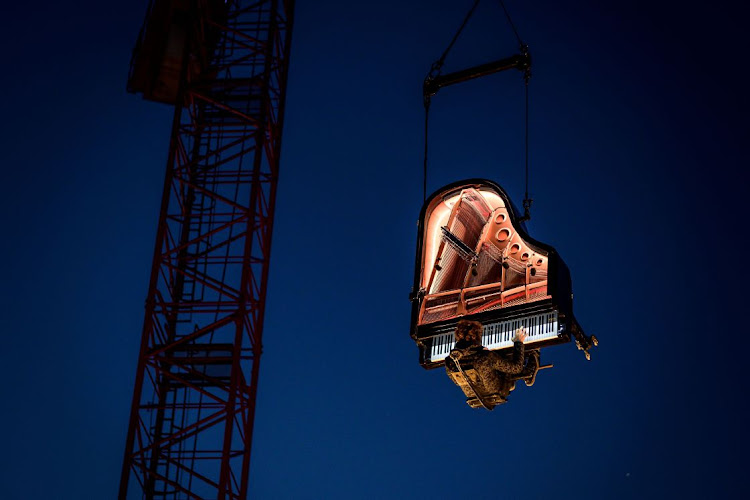 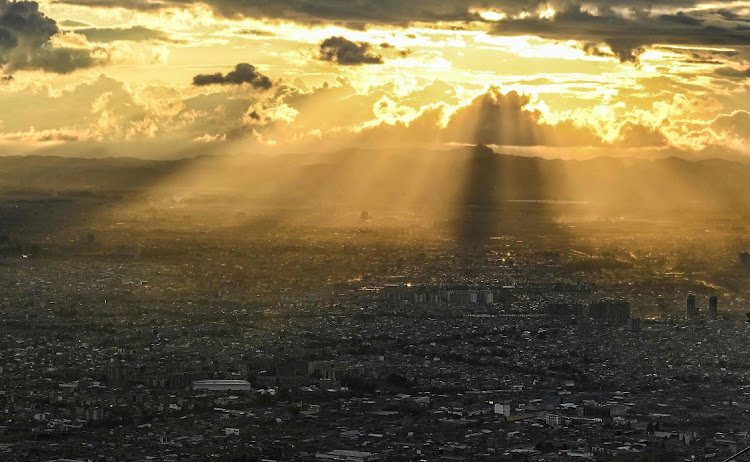 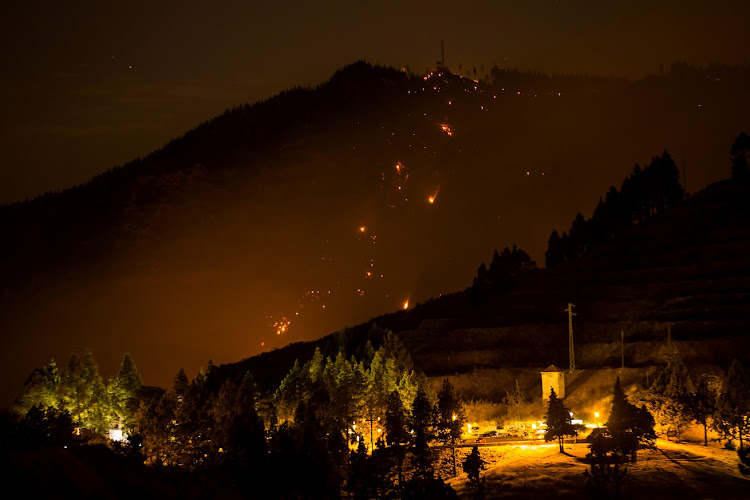 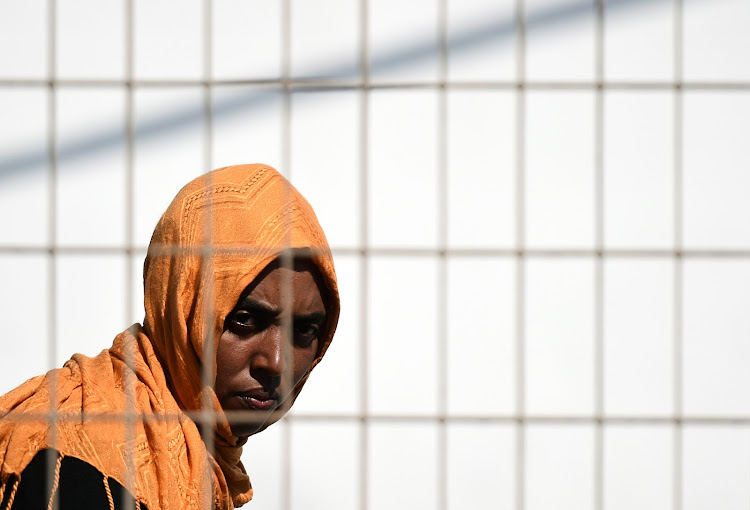 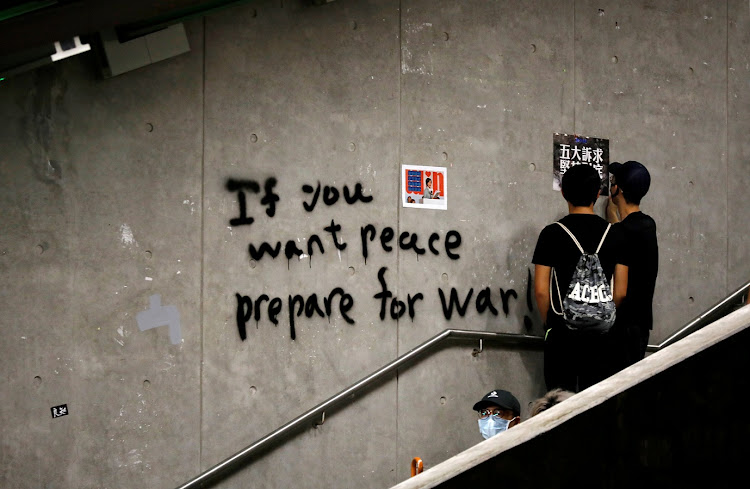 History will repeat itself if the West keeps kowtowing to China

This is a serious warning, not from ancient history but the relatively recent past

Her breasts are like what? The hump male writers can’t get over

The scion of an acting dynasty, his reputation was assured by a defining film of the 1960s counterculture

Customs fired up by dagga haul

US Customs officers have seized nearly four tons of marijuana worth $2.3m hidden in a consignment of jalapeno peppers. A sniffer dog alerted officers to a trailer with a shipment of peppers in San Diego on the border with Mexico on Thursday, Customs and Border Protection said. It said "a 37-year-old male Mexican citizen entered the port of entry driving a tractor pulling a trailer with cargo manifested as jalapeno peppers. Officers at Otay Mesa cargo facility found 314 packages of marijuana weighing 3.4 tons mixed among the jalapeno peppers. I am proud of the officers for seizing this significant marijuana load," said Otay Mesa Port director Rosa Hernandez. It was the second large haul of marijuana at the facility in days. Officers seized four tons of the drug in a shipment of plastic auto parts at Otay Mesa on Tuesday. – AFP

"Get those foreign agents outta town", roars a music video by a patriotic Chinese rap group, one of a slew of creative efforts by Beijing attacking Hong Kong's pro-democracy movement as violent and spurred on by overseas governments. The rap video, overlaid with clips of protesters clashing with police and breaking into Hong Kong's legislative offices, is being shared by Chinese state media on its overseas and domestic social media accounts. "Hey democracy! Once I heard you be found in the Middle East, people were throwing bombs across the city streets," runs the English-language rap by nationalistic Chinese group CD Rev. "If that's what you want sorry I can't agree, get those foreign agents outta town then we can talk about it." – AFP

US President Donald Trump on Sunday confirmed his interest in buying Greenland, but said it was not a priority for his administration. "It's something we talked about," Trump said. "The concept came up and I said certainly, strategically it's interesting and we'd be interested, but we'll talk to (Denmark) a little bit," he said, stressing that it was "not number one on the burner" for the government. The Wall Street Journal reported on Thursday that Trump had expressed interest in the self-governing part of Denmark - which is mostly covered in ice - asking advisers if it would be possible for the US to acquire the territory. The president, a former real estate magnate, has been curious about the area's natural resources and geopolitical relevance, the paper said. – AFP

The regulator of global wildlife trade will likely ban sending African elephants captured from the wild to zoos after countries supported the move on Sunday, in what conservationists hailed as a "historic win". A large majority of countries voted in Geneva to prohibit the transfer of elephants caught in the wild to so-called captive facilities - a practice animal protection groups have long described as "cruel". The vote was the first rendered during a 12-day meeting of the parties to the Convention on International Trade in Endangered Species, which kicked off on Saturday. With 46 in favour, 18 against and 19 abstaining, the vote cast in one of two committees secured the two-thirds majority needed to pass, but will still needs to be approved by the full conference August 28. – AFP

Brazilian President Jair Bolsonaro on Monday responded to Norway's decision to halt its forest protection subsidies, taking to Twitter to criticise the Scandinavian country for its whaling practice and post spectacular - albeit misleading - images. "Look at the killing of whales sponsored by Norway," Bolsonaro wrote on Twitter. The post includes a video and photographs of a spectacular whale hunt, where mammals in the shallow waters of a bay are slaughtered by people wading on shore, armed with hooked knives. However, the images, reportedly taken on May 29 in Norway, illustrate a "grind", a type of pilot whale hunt practised exclusively in the Faroe Islands, a Danish territory in the North Atlantic. Norway is one of the few countries in the world that authorises commercial whaling, but the whales are hunted individually, at sea from a ship, and with grenade-mounted harpoons. Bolsonaro was ridiculed on social media for the mix-up. - AFP

French workers have resumed efforts to secure the cathedral of Notre-Dame following the devastating April fire, after a three-week pause due to the risk of lead contamination. France's culture ministry said the works had resumed with about 50 people involved. Restoration of the cathedral after the fire has yet to begin, with efforts focused entirely on securing the building. The culture ministry has warned it is still at risk of collapse. Efforts to remove lead from the area around Notre-Dame got under way last week after alarm grew over the presence of the toxic metal. Hundreds of tons of lead in the roof and steeple melted during the April 15 blaze that nearly destroyed the gothic masterpiece, with winds spreading the particles well beyond the church grounds. - AFP

Don’t be spooked by negative interest rates, they can help us

In this sea of no yield, SA could offer an island of juicy yield for global capital ... if we sort ourselves out first

After all the bad news and allegations, the stock has begun to make up the ground it lost in 2018

City Lodge: Plenty of room at the inn for battling hoteliers

Bookmarks: Rushdie and Atwood sock it out for Booker

Chanel hopping between the decadent and the diabolical

Frightful thrills in ‘Chanel’s Riviera: Life, Love and the Struggle for Survival’ on the Côte d’Azur: 1930-1944

This story is not propaganda (well, we don’t *think* so)

In the age of too much information, a timely review of ‘This Is Not Propaganda’ by Peter Pomerantsev (Faber)

Virgin on the ridiculous: The hidden hand of Da Vinci

Mandatory neck guards ‘not far away’ after Smith shocker

Blasts from the past: Winger Tom’s hat-trick routs Lions