In our xenophobic thinking, we blame them when we kill our own, and now we’ll crucify them for our economic collapse

Fear and looting in Soweto: inside the latest xenophobic nightmare

Foreigners flee as mobs go on the rampage, gutting their shops and sowing chaos and shame among locals

What can you do if a firm plays fast and loose with your personal info?

It's impossible not to give our details to companies, and abuse of our trust is more frequent than you might think

‘We fight fire with fire’: mob justice is getting more organised

As vigilante killings continue to rise, we explore why this is happening and whether it really is a bad thing

Hearing about my murdered wife’s secret lives broke my heart

The digital world is already making a difference in health care

Tech can’t fix the speed freak behind the wheel

No amount of tracking, data analysis or innovation can counter crime or bad driving, say experts

New bed saves many more patients from a life of paralysis

In light of some recently discovered Proust stories, the dubious track record of forgotten works gives one pause

New leash of life: this is why we all need to own an ugly dog

Social-media unfriendly mutts are overlooked in shelters, but hideous hounds can make the best companions

They wrote it this week: a dishy driller, drunk doings and a dreadful death

PASTEURISED FOR GREENER PASTURES A boy is offered milk during a parade to mark Gaijatra, the festival of cows, in Kathmandu. Hindus in Nepal celebrate the festival to ask for salvation and peace for departed loved ones.
Image: Reuters/Navesh Chitrakar

Residents of Orange Grove, Johannesburg, were stunned when they discovered coffins hidden in a house on Sunday morning. The residents raided a house they suspected was being occupied by a drug dealer at about 7am. " When we arrived at the gate the people inside did not want to open," said resident Nano Nobesule. "We forced ourselves in and we sensed a bad smell. We found a lot of coffins, some with tissues containing bloodstains. Some of the coffins looked new while others had already been used. Some of the coffins had soil [on them]." The locals moved the coffins to the street and the police were called. At other houses residents hauled furniture onto the street, in the second such raid in the neighbourhood this month. They say they are targeting houses owned by the Johannesburg Property Company which have been taken over by foreigners.

A member of the Anti-Gang Unit in the Western Cape has been detained following the fatal shooting of an off-duty colleague in Franschhoek on Saturday night, police said. Police spokesperson Brig Novela Potelwa said on Sunday the death of Sgt David Hoffman, 40, was being investigated by the Independent Police Investigative Directorate (IPID). “It is alleged the deceased member was at a premises in Skool Street when a group of community members descended in a confrontational manner and subsequently left. Police were called to the house, including a 41-year-old colleague of the deceased. When the shooting occurred which claimed the life of Sgt David Hoffman, his colleague was with him. The 41-year-old member has since been detained and an IPID investigation is under way,” Potelwa said.

Free State Health MEC Montseng Tsiu has condemned violent attacks on Emergency Medical Services (EMS) personnel and health infrastructure in the province. According to the provincial health department, an EMS crew was attacked while attending to an assaulted patient in Lusaka in Theunissen at about 1am on Sunday. "The EMS crew fled from the scene, leaving behind one other ambulance which had punctured tyres. The police later brought the ambulance to the EMS base," said department spokesperson Mondli Mvambi. The incident, according to Mvambi, follows a break-in at a local clinic and an attempt to steal a patient transport vehicle in the town. "The EMS crew will be getting counselling and support to come to terms with this unwelcome incident."

A 28-year-old man was killed during a shootout with police in KwaZulu-Natal at the weekend, while another was arrested for the murder of a police officer. The incident occurred while police were conducting an operation in Nhlawe, Weenen. "Officers confronted a heavily armed criminal gang," said police spokesperson Brig Jay Naicker. "The men resisted attempts to arrest them and a shootout ensued. A 28-year-old suspect was fatally wounded during the exchange of gunfire while a 21-year-old suspect was placed under arrest." Police seized two AK-47 rifles, an R5 rifle, an airgun and 101 rounds of ammunition.

Pair get 25 years for kidnapping, murder

The Durban High Court has convicted and sentenced three men for the kidnapping and murder of a 47-year-old man. Sihle Mchunu, 25, and Sibusiso Mathaba, 26, were sentenced to 25 years' imprisonment and Mfihlakalo Zibisi, 29, was sentenced to 20 years for the murder and kidnapping of Sipho Vusi Sithole. According to police, Sithole went missing from his Groutville home on July 15. His daughter opened a missing person's case in KwaDukuza, north of Durban. "A week later, Sithole’s vehicle was found abandoned in the area and his body was found in the Uthukela River," police said. The investigating officer arrested three suspects a few weeks later. He was convinced he had gathered enough evidence to secure a conviction, they added.

Two people, including a six-year-old boy, drowned in KwaZulu-Natal at the weekend. According to ER24, the boy drowned on Saturday in the Mzunduzi River in the Sobantu area outside Pietermaritzburg. "ER24 paramedics arrived at 4.55pm after a call was issued from [SAPS] Search and Rescue. The local community had managed to pull the boy from the river, but it was unfortunately too late," said ER24 spokesperson Ross Campbell. Paramedics had tried to resuscitate the boy, but were unsuccessful. In another incident, a man believed to be in his late 30s drowned in the Midmar Dam in Howick on Saturday. The unknown victim was discovered by a local fisherman floating in the dam, Midlands EMS said. The fisherman notified authorities, and the man was certified dead at the scene. "The circumstances around the incident will be investigated further by the local authorities." 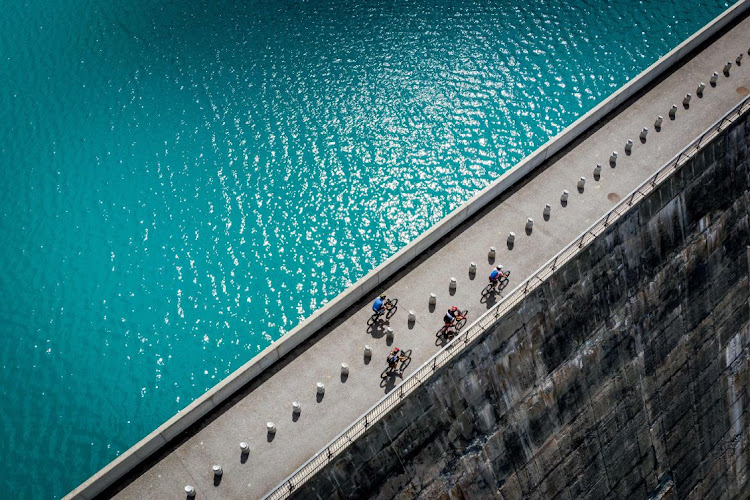 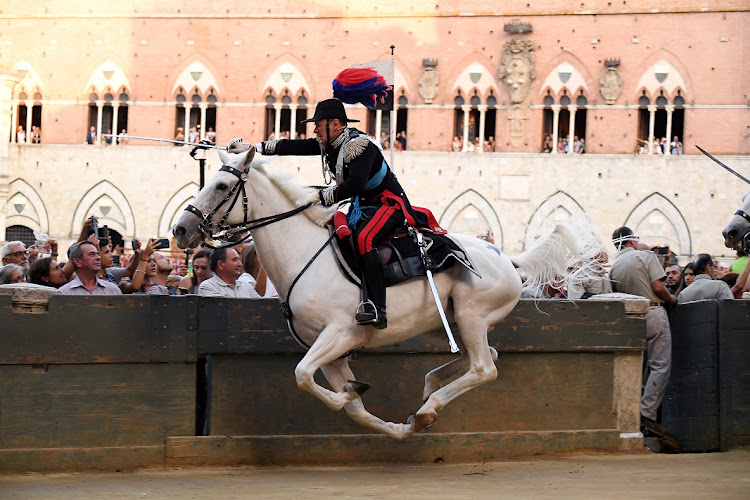 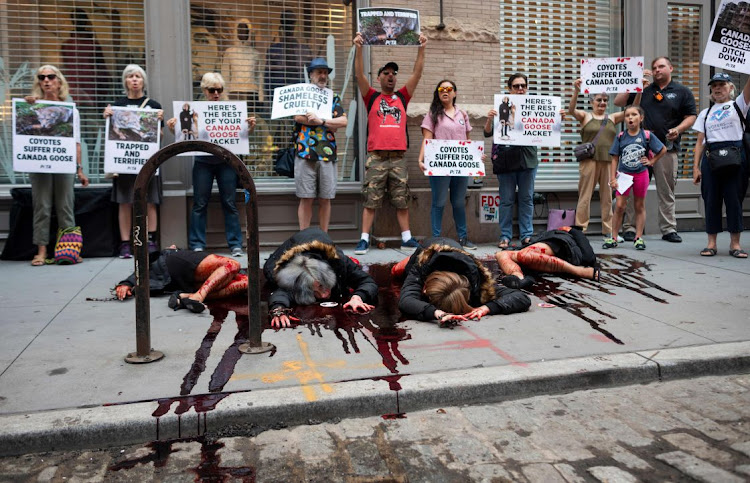 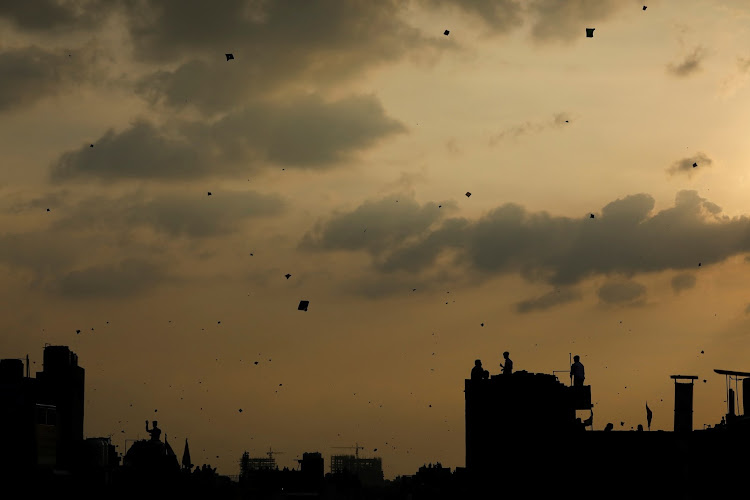 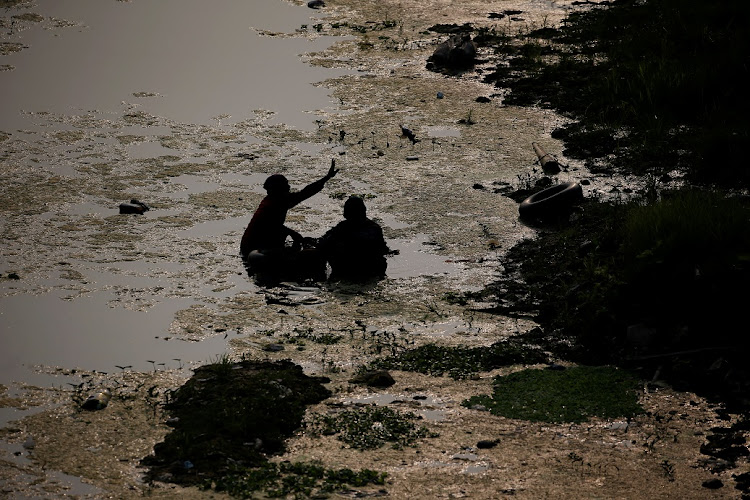 Relatives of John Bradburne, a missionary murdered in Zimbabwe 40 years ago, are nearing their goal

As the group’s leaders continue talks with the US, its fighters are divided over the prospects for Afghanistan’s future

Sex-predator Epstein ‘had to have young girls, three times a day’

Having fired some broadsides at the conservative network, he has turned his media gaze to a bright young thing

HIT THE ECONOMY WHERE IT HURTS Donald Trump pumps his fist at the end of a rally in Manchester, New Hampshire.
Image: Reuters/Jonathan Ernst

How can kids ever escape their parents these days?

American summer camps are reportedly using facial recognition software to allow parents to receive daily updates on their children's wellbeing. Residential camps are a traditional part of the summer for many American children. Hundreds of camps across the country are believed to be using the technology this summer. It works by cameras identifying individual children from a distance and sending e-mail or text picture updates to their parents. - Telegraph Media Group Limited (2019)

Pigs’ organs will soon be used in transplants

Pig hearts adapted for human use could be available within three years, the surgeon who pioneered heart transplants in the UK has said. Sir Terence English believes “xenotransplantation” could all but eradicate the donor waiting list. He said the world’s first pig-to-human kidney transplant is being prepared and will happen “before the end of this year”. If successful, it will open the door to more complex organs being transplanted. – Telegraph Media Group Limited (2019)

Faye Dunaway is being sued for discrimination after an assistant alleged she referred to him as “a little homosexual boy”. Michael Rocha worked for the Florida-born actress, 78, between April 5 and June 12. Rocha alleges that she relentlessly berated him and mocked him for his sexuality. He claimed she “regularly and relentlessly subjected the plaintiff to abusive, demeaning tirades” and used his sexual orientation as a gay man to “demean and humiliate him at work”, the court papers charge. – Telegraph Media Group Limited (2019)

With plastic waste, you’ll have a leg to stand on

Plastic bottles can be turned into prosthetic limbs that are 40% lighter and thousands of rands cheaper than existing models, scientists have discovered. Two patients are now walking with artificial legs whose sockets are made from ground-down plastic that might otherwise have ended up in landfill. Researchers at De Montfort University, Leicester, said the technique enabled a more exact fit around a patient's stump than carbon or glass fibre models, and reduced the risk of infection. – Telegraph Media Group Limited (2019)

Germany's traditional all-male cathedral choirs could be a thing of the past if a nine-year-old girl wins her gender discrimination. A 700-year-old choir, the Berlin State and Cathedral Choir, is being sued for discrimination after it rejected the child’s applications to join in 2016 and 2018. Lawyers for her family allege she was told in writing last December that “a girl will never sing in a boys’ choir”. They also argue that as the choir receives public funding her rejection contravenes German equal opportunity laws. – Telegraph Media Group Limited (2019)

Four people have died and nine were injured in Romania after being attacked by a patient in a psychiatric hospital. A 38-year-old man who had admitted himself to the hospital in Sapoca, northeast of Bucharest, entered a treatment room and attacked other patients with a transfusion stand. Three of the patients suffered head injuries and died at the scene while a fourth died later in hospital. - AFP

Recovery in the economy will give the Bank's MPC room to err on the side of caution, analysts say

That nobody has yet pressed the ‘liquidation’ button is testimony to those skills, but the litigation factor looms

These and other global external shocks are lining up to batter the continent, says AfDB head

Dr Tlaleng Mofokeng gives us her take on gender equality on the sexual front, among other things

From sex dolls to demons, do adult films mess up kiddie actors?

Children are often expected to do highly inappropriate things on screen. Former child stars tell us how it affected them

If you really, truly believe vaccinations are bad, read this

Can’t tell one whisky from another? Get a bionic tongue

He has it all, and over the next few years we are in for a great ride watching this guy bag Tests for his country

Blasts from the past: Semenya win in 2009 kicks off the fuss