Abducted as a baby, she has revealed her true identity as a new book tells her astonishing story

My nightmare: Brother-in-law killed her entire family in fit of jealousy

Wesley Julyan was 18 when he killed his first victim. Fourteen years later he struck again

He was fired while in jail, but wants his job back. Uhm ... no

Social worker even admitted his crime before taking his bosses to court. Now, a judge has put him firmly in his place

Gauteng premier promises two hospitals but has no budget

The sites have been earmarked, but the provincial government has neither plans nor a budget for construction

Cross-party funding is an old thing, but what if DA backers also keep Julius Malema in pointy shoes?

You thought wellness was bad enough? Brace yourself for nothingness

‘Sleep yoga’ is the new big trend. Before you dis it, give it a try. It might turn out to be exactly what you need

Peace and lore: Woodstock and the hippie dream endure 50 years on

Revellers and organisers remember the iconic moments when 500,000 people seared their collective myth into history

put on your smiley face ANC Women's League president Bathabile Dlamini greets President Cyril Ramaphosa as he arrives for a meeting with the league in Johannesburg on Tuesday.
Image: Alon Skuy

Former Eskom CEO Brian Molefe should expect a knock on the door from the sheriff of the court, Solidarity said on Tuesday. The trade union said it had a writ of execution authorising the sheriff to attach Molefe’s Pretoria property to offset costs awarded against him in court. The organisation said it had requested the sheriff to proceed with executing the attachment of Molefe’s property at his home. "The property will then be sold at public auction for Molefe’s debt of R708,102 to Solidarity to be settled,” it said. This excluded the order as to costs in the Constitutional Court, which are yet to be finalised. The high court found earlier that Molefe was involved in the unlawful allocation of pension money to the value of about R30m to himself. He had already received R10m.

Derek Hanekom is suing Jacob Zuma for R500,000 in damages for defamation over a tweet by the former president which described Hanekom as a “known enemy agent”. “I’m not surprised by @Julius_S_Malema revelations regarding @Derek_Hanekom. It is part of the plan I mentioned at the Zondo Commission. @Derek_Hanekom is a known enemy agent,” said a post on Zuma’s Twitter account in July. The tweet followed claims by EFF leader Julius Malema that Hanekom and SACP deputy secretary-general Solly Mapaila had "plotted" to oust Zuma. Zuma had earlier told the commission of inquiry into state capture that the ANC had been infiltrated by apartheid spies. Business Day reported that the case had been set down for August 21. Hanekom said the tweet had caused “immense harm and damage” to his reputation and implied that he was involved in a plot involving foreign intelligence agencies to remove Zuma as president.

A North West parent who assaulted a teacher with a "stick filled with sharp objects" after claiming her child had been abused, was sentenced to three years' imprisonment on Monday. This is according to provincial education MEC Mmaphefo Matsemela, who welcomed the sentence. Matsema said the incident occurred in February at Leama Primary School, Tlhatlhaganyane Village, in the Moses Kotane local municipality. The teacher sustained injuries to her head, elbow and fingers, one of which was fractured, and is still attending physiotherapy sessions. She is also suffering from severe headaches, said the department. The sentence handed down by the Mogwase Magistrate's Court would "send a strong message to those who want to assault our teachers and learners".

The basic education department has been criticised for the way in which it promoted its Read to Lead campaign, which encourages South Africans to "make reading sexy". At the weekend, the department's spokesperson, Elijah Mhlanga, took to Twitter to share images of women reading. He said they were "aimed at promoting reading among young adults, people of schoolgoing age and society in general". However, the images of half-naked women sparked an outcry, as bewildered Twitter users questioned the department’s failure to recognise the inappropriateness of the pictures. Following the backlash Mhlanga apologised, saying the intention was to highlight literacy issues faced by South Africans. He revealed it was not the first time the images had been used to promote the campaign.

‘Rolex gang’ was on bail, parole when bust

Three men arrested at the weekend on suspicion of being involved in "Rolex robberies" in Johannesburg have criminal histories. Johannesburg MMC for public safety Michael Sun said two of them were out on parole for serious crimes and a third was previously sentenced to 20 years behind bars for armed robbery. The third was out on bail pending an appeal. "All three suspects had some sort of serious criminal record," Sun said. "This says that the sentences imposed by our courts are not enough of a deterrent for these criminals to be stopped.” The three were arrested in a joint operation at the weekend. A task team was activated on Sunday after information was received about a planned robbery in Sandton.

Two students have been treated for minor injuries after a fire broke out at the Huis ten Bosch women's residence at Stellenbosch University on Monday evening. The university said students were evacuated from the building at about 7pm. The fire was contained about an hour later. The residence accommodates about 164 students. The institution said the students were taken to Wilgenhof and arrangements would be communicated to them. Due to smoke and water damage students could not return to Huis ten Bosch, but alternative accommodation was provided in other residences. The cause of the fire was unknown.

In and around SA’s harbours live the 'beach boys', an underground subculture of young men who seek better lives in other countries by hiding themselves in ships. Risking their lives, these young men attempt to board ships without being found. This video follows Adam, a stowaway from Tanzania, and Sean Christie, whose book 'Under Nelson Mandela Boulevard' tells the story of their friendship as well as of the wider stowaway community in Cape Town. 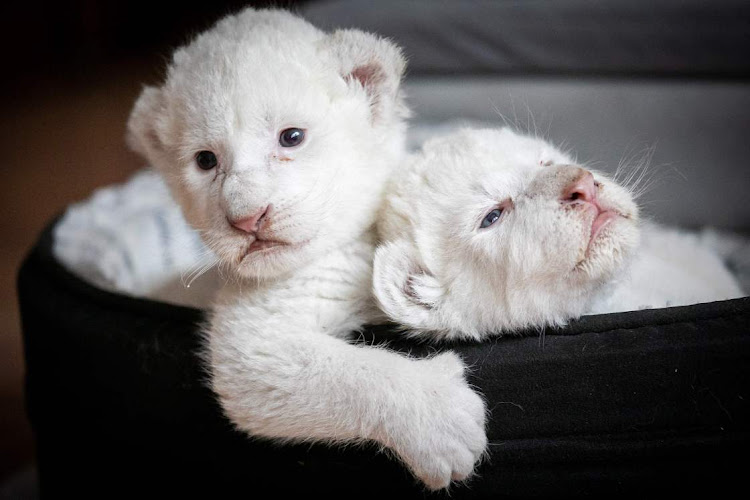 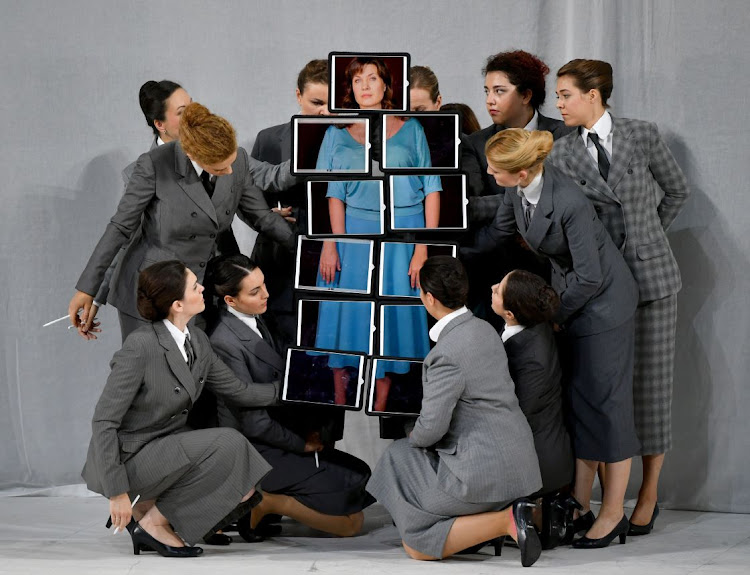 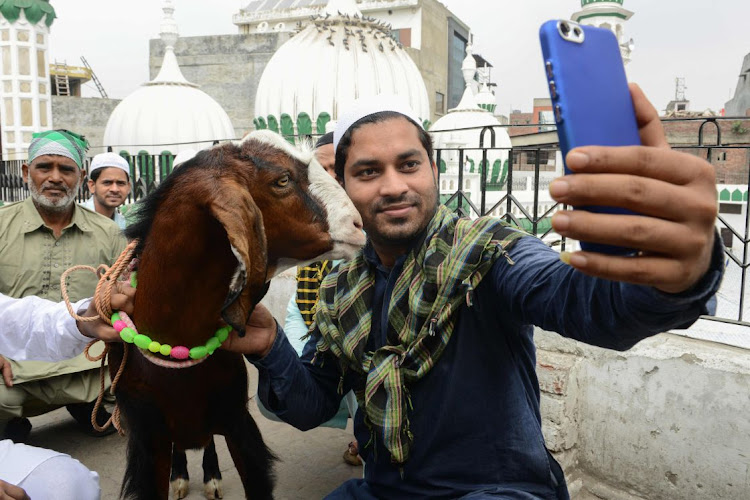 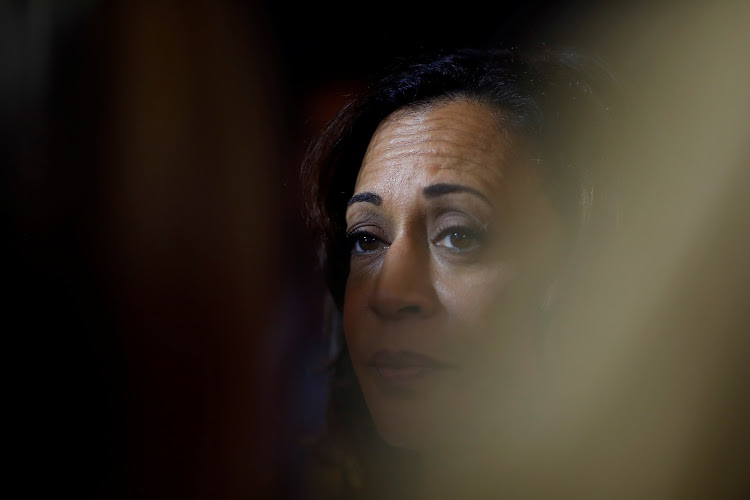 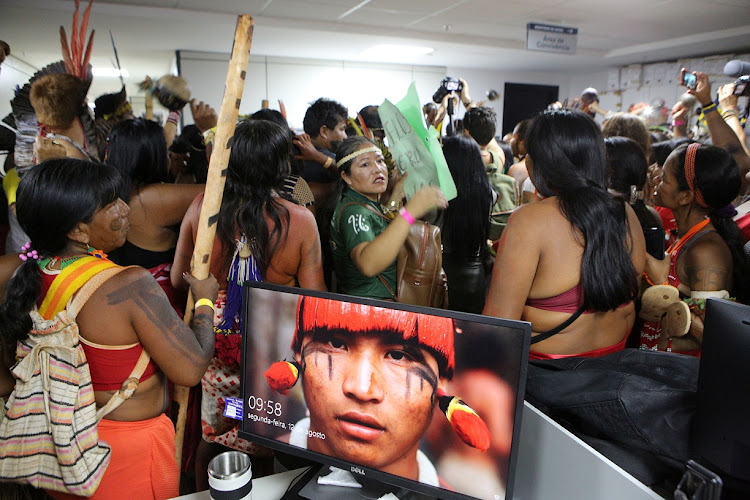 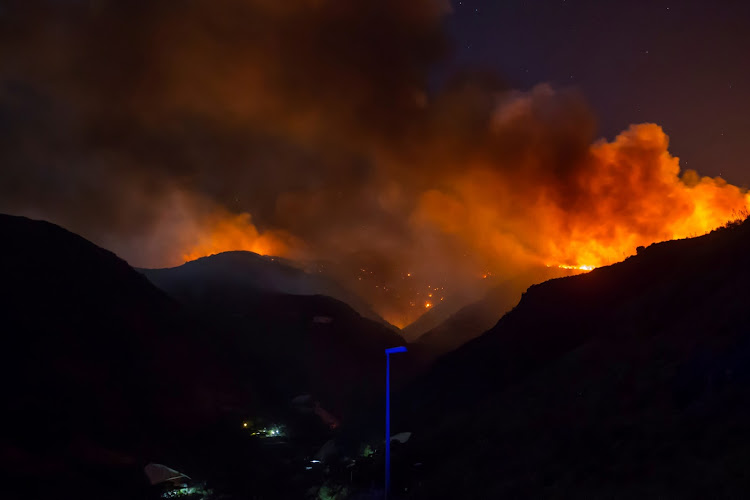 Anna Delvey's story has sparked a series bidding war, and a book by the buddy she swindled

Hackers of the world, unite! In Vegas because, where else?

World’s biggest cybersecurity conference started in 1997, when it was just a ‘hacker summer camp’ for geeks

‘Sir, you can’t chew because you swallowed your false teeth’

AIRPORTAL TO HELL Antigovernment protesters try to stop a passenger from breaching a barricade at the departure gates at Hong Kong Airport.
Image: Reuters/Thomas Peter

The Kremlin boasted it was winning the race against the US to develop cutting-edge nuclear weapons despite a mysterious rocket explosion. It has pledged to keep developing new weapons regardless, portraying the men who died in the test as heroes. Meanwhile, Donald Trump tweeted the US had ‘similar, though more advanced, technology’. – Reuters

Swarovski has apologised for ‘hurting the feelings’ of Chinese people after calling Hong Kong a separate country on its website. The apology from the jewellery brand came a day after Versace apologised for labelling semi-autonomous cities of Hong Kong and Macau as independent states. – AFP

The body found in Malaysia after a massive search is that of Franco-Irish teen Nora Quoirin, who disappeared 10 days ago from a rainforest resort, police said. Her body was found unclothed, but the police could not immediately determine the cause of death. – AFP

Indonesia to send trash out and back to Oz

Indonesia has shipped tons of Australian rubbish out of the country as Southeast Asian nations refuse to serve as dumping grounds for foreign trash. Eight containers of trash left Surabaya aboard a cargo ship bound for Singapore, then Australia. The move comes less than a week after Australia pledged to stop exporting waste. – AFP

The hajj pilgrimage under way in Mecca has been accelerating the growth of digital worship and spawning a slew of religious apps, tablet Korans and faith-based gadgets. 5G technology has been deployed around the holy sites to allow the transfer of data at breakneck speeds. Many pilgrims snapped selfies and sent video clips to friends and family back home. – AFP

Goldsmiths has announced a ban on all beef products to fight climate change. Prof Frances Corner, the new head of Goldsmiths, said she was taking the drastic action from next month because ‘declaring a climate emergency cannot be empty words’. Goldsmiths hopes to become carbon-neutral by 2025. – AFP

If you wanted to start off a low base, retail guys, you’ve got it

If you don’t know whose logo this is, it might pay to find out

Venerable investment holding company is dismantling its N-share structure, loosening up for the retail market

Murray & Roberts in the pink after bagging plum US project

Fancy a spot of elevenses, Your Grace?

Brunch is served in the shadow of Table Mountain, and who knows what flavour of celebrity you’ll spot

Barely a bum note struck with Samsung’s tricks and treats

Swipe, zoom and skip songs in mid air using the S Pen as a ‘wand’, which connects to the phone via Bluetooth

A year ago the Boks were rank outsiders, now all bets are off

Although he has cast his selection net wide, Erasmus knows who should run out to face NZ on September 21

Blasts from the past: Wayde clatters 400m Olympic record