FREE TO READ | Court also hears Marcel was 'ruined by her mother', while mastermind Cecilia has found love in jail

The firm claims Royal Bafokeng owes it R3.45m, while another company claims R2.4m in arrears

Ralf Schmitt is also behind the viral 'Bohemian Rhapsody' video, and there’s more where that came from

Ogies picks a fight with mining giant Glencore over pollution

Locals say respiratory illnesses and constant blasting are taking their toll, and the mine is just not playing fair

Government preps lessons on how to help pregnant pupils

The draft policy stipulates no pregnant pupils should be excluded from schools, but some still kick them out

Like Zuma’s nuke plan, NHI is a fat cash injection for connected cadres

As with all low-grade cons, the whole idea might evaporate and it will still be a win for the patronage system

SA has a mountain of nameless corpses – and it’s growing

Gauteng alone has 1,000 unidentified bodies a month. A small team is doing its best to identify at least a few of them

No more ‘Waity Kate’, the duchess is a powerful figure in The Firm

As the Cambridges prepare to 'transition' to the next level of their royal lives, Kate has a newfound sense of purpose

Brandy and bullets: the day Hemingway liberated the Ritz bar in Paris

In typical swashbuckling fashion, the writer was waging his own war against the Nazis

Cyril gets interdict against Mkhwebane action

President Cyril Ramaphosa has secured an interdict staying the implementation of public protector Busisiwe Mkhwebane’s remedial action against him in her report on his CR17 election campaign, which includes an order that he disclose all his funders to parliament. Mkhwebane did not oppose Ramaphosa’s application, and it was granted in the Pretoria high court on Monday morning. Under the terms of the order granted by Mabuse, Ramaphosa’s challenge to Mkhwebane’s report will be heard on an “expedited basis”. The court did not address the dispute brewing between Ramaphosa and Mkhwebane over the so-called rule 53 record in this case, which includes bank statements and e-mails used by the public protector to make her adverse findings against Ramaphosa. The president’s lawyers asked on Friday that much of this record be sealed, until such time as the lawfulness of how it was obtained is established. Many of the bank records apparently linked to the report were subsequently leaked to various media publications at the weekend. The presidency has expressed concern over those leaks. Mkhwebane has yet to formally respond to this statement.

A mother stabbed by her teenage son. A taxi driver shot in the face. An eight-months-pregnant mother cut down in a hail of bullets as she walked to the shop to buy electricity. They were among the 47 people murdered in the latest weekend of violence across the Cape Town metropolitan region. On Monday, Western Cape premier Alan Winde called on everyone to make the fight against crime their responsibility, after an escalation of crime and murder. Forensic services recorded 47 murders at the weekend: 27 shootings, 13 stabbings and seven “murders by other means” in the metro region of the province. Winde said: “This weekend was another devastating weekend in the metro. Violence like we’ve seen over the past weekend impacts the whole province and all areas of government.”

Three months after being appointed at the South African Broadcasting Corporation as acting chief operations officer, Craig van Rooyen has resigned. Citing personal and family reasons, he said his last day would be September 9. “My decision to leave the SABC is one of the most difficult decisions I have had to make, due to my good working relationships at the corporation," he said. "Having been involved in crafting the SABC’s turnaround plan, I am confident that the SABC will overcome its challenges in the short term and become successful in the long term.” SABC board chairperson Bongumusa Makhathini commended Van Rooyen, who was also group executive: technology. The SABC board will be interviewing potential candidates for the COO role this week.

Police minister Bheki Cele said on Monday that more than 1,000 people had been arrested since the army was deployed to crime-ridden parts of Cape Town. Cele was giving an update in Tafelsig on the impact of the defence force deployment in areas described by residents as "under siege". Since the military rolled into some of the affected areas, 1,004 suspects were arrested, 806 wanted suspects were traced and arrested, and 45 firearms confiscated along with 1,036 rounds of ammunition and an assortment of drugs and illegal substances, said Cele. He said 20 members of gangs were now on trial in the province. Troops would probably remain on the ground for three months. The army was deployed in mid-July.

Rescue worker Panya Tulyasuk and his team caught a deadly king cobra after receiving an emergency call in Krabi, southern Thailand, on August 8. Tulyasuk can be seen giving the venomous reptile a kiss on the lips. 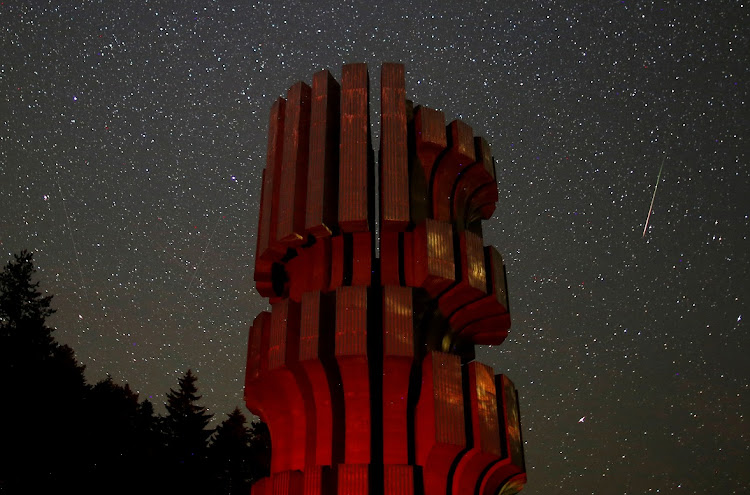 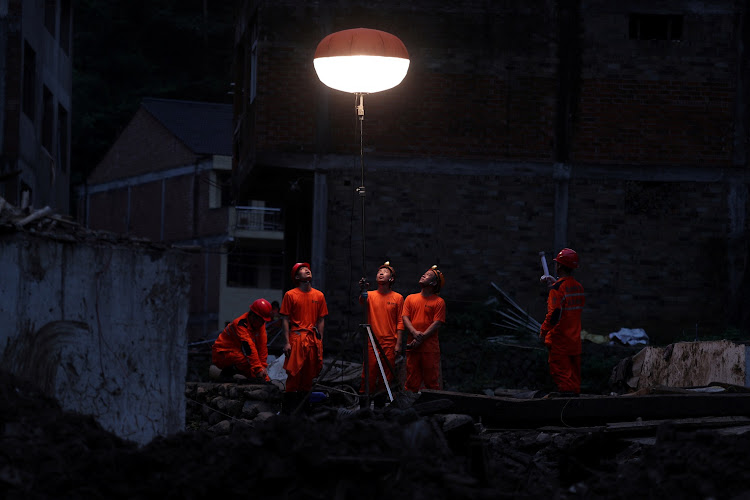 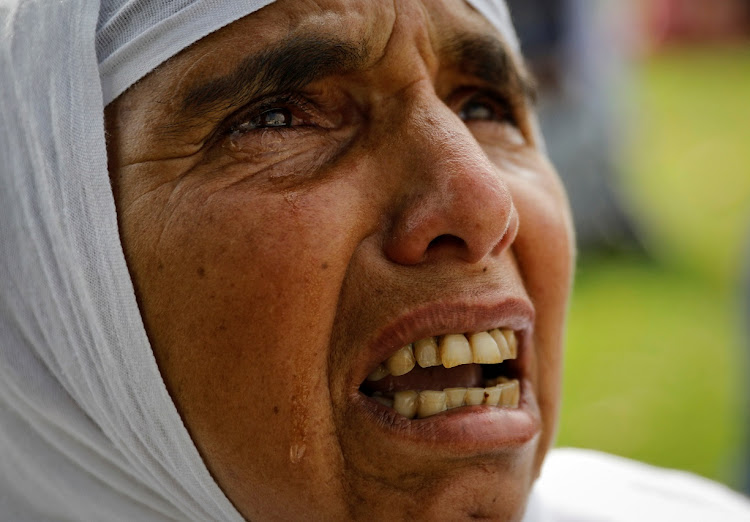 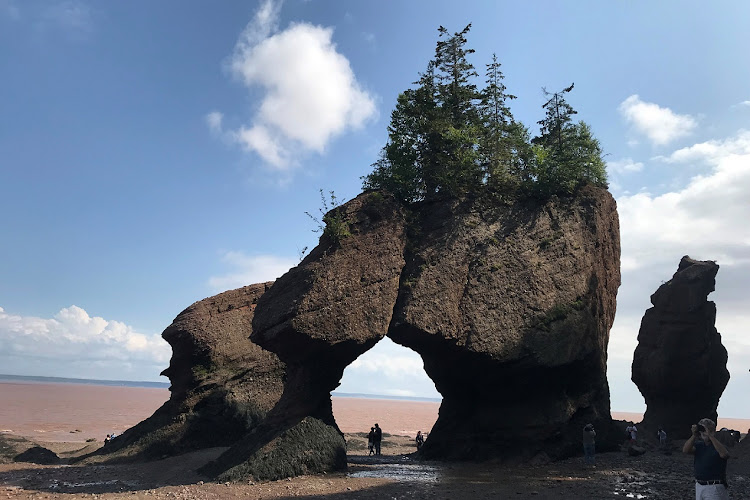 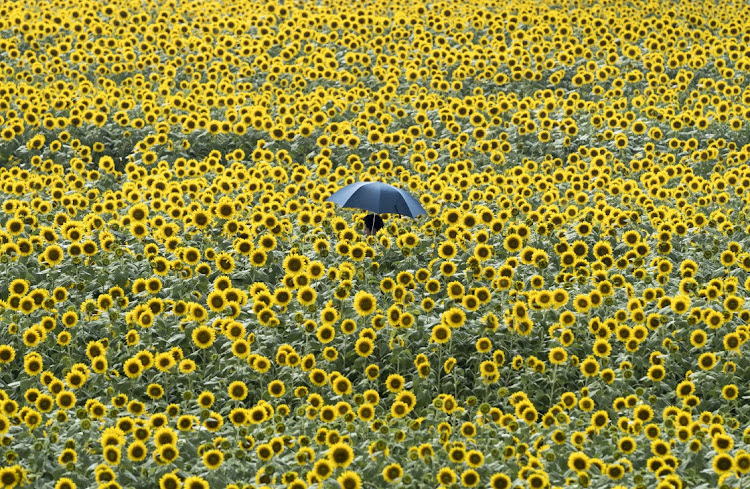 ‘This is terrorism’: China’s stark warning to Hong Kong protesters

Beijing's use of that word possibly paves the way for it to roll out the big guns, as airport is shut down

‘Saved’ by a sex fiend: the social butterfly who flew into Epstein’s orbit

The spotlight on Ghislaine Maxwell, who allegedly procured underage girls for the paedo financier, is even brighter now

Residents are caught in the middle of tensions between Russia and the West, and they are paying the price

Singapore said on Monday it will impose a blanket ban on the domestic sale of elephant ivory and products from 2021 as the government tightens its campaign against illegal wildlife trade. The announcement on World Elephant Day followed two years of consultations with non-government groups, ivory retailers and the public. Authorities in the city state made their largest seizure yet of smuggled ivory last month, impounding a haul of nearly nine tons of contraband tusks from an estimated 300 African elephants valued at $12.9m. The illegal cargo was discovered in a container from the Democratic Republic of the Congo being shipped to Vietnam via Singapore and also included a huge stash of pangolin scales. Singapore has banned international trade in all forms of elephant ivory products since 1990. – AFP

From hiring ghostwriters and forging sports credentials to generous “gift-giving”, admissions middlemen in China are advising wealthy parents to take an array of “shortcuts” to secure places at foreign universities. The service comes with a hefty price tag, often tens of thousands of dollars, and the lengths to which some are willing to go were highlighted in the admissions scandal that shook US universities in 2019, where prosecutors found one Chinese family had given $6.5m to an admissions agent to get their daughter to Stanford, while another had coughed up $1.2m for entry to Yale. The case saw dozens of people - including Hollywood stars and CEOs - plead guilty to using bribery to ensure places at prestigious schools, but education experts in China say the practice is not unusual. – AFP

No money, no sheep in Kashmir

Tradition dictates that Muslims slaughter a sheep during Monday's Eid al-Adha festival, and despite the military lockdown in Kashmir's main city Srinagar, Bashir Ahmad was determined to respect the custom. But after driving more than 20km from his home on the city's outskirts, negotiating barricades and spools of barbed wire coiled across roads manned by paramilitary troops, he couldn't find anywhere to withdraw cash he needed to pay for a sheep. ATMs had run out of cash and banks were shut. Muslim-majority Kashmir is set to celebrate Eid exactly a week after India's Hindu nationalist government scrapped the restive region's special autonomy status and imposed a curfew. – AFP

They won’t forget this Aussie in Bali

An Australian tourist was arrested in Bali after a drunken rampage that saw him fly-kick a motorcyclist, damage a convenience store and break into a home where he assaulted the owner, police said. Nicholas Carr’s alcohol-fuelled campaign of destruction - caught video - started when the 26-year-old ran barefoot onto the street, shouting expletives, slammed into the bonnet of a moving car and fly-kicked an unsuspecting scooter rider. Carr then shattered a shop’s glass door before stealing a motorcycle. Later, he broke into a house where he assaulted the sleeping homeowner, police said. He was eventually caught by locals and police and taken to hospital, bloodied and bruised and trussed with hosepipe and rope. Carr admitted drinking more than 10 small bottles of vodka as well as other alcohol. “I was very drunk and I apologise. I don’t remember anything at all,” he said. – AFP

Something other than Brexit to grouse about

Britain’s opposition Labour Party called on Monday for a review into driven grouse shooting, saying the sport’s impact on the environment needed to be assessed. Driven shooting involves a row of “beaters” walking and pushing out the birds, which can fly at speeds of up to 130km/h, towards a line of about 10 shooters concealed in sunken butts spaced about 45m apart. Grouse moors cover 550,000 acres of the UK. To prepare the land for shooting it is drained and dried out, destroying swathes of plant life while mountain hares and predators such as hen harriers were often illegally culled, Labour said. Despite evidence of environmental damage, the 10 largest English grouse moors were paid more than £3m (R55m) a year in farm subsidies, the party said. – Reuters

Shamans and European police joined the search for an Irish teenager who went missing from a Malaysian resort. Nora Anne Quoirin, 15 and with learning disabilities, was reported missing on August 4 after her family arrived at the Dusun resort in Seremban, about 70km from the capital Kuala Lumpur. About 300 searchers aided by drones and sniffer dogs are scouring the forest area near the resort, playing recordings of Nora's mother calling out to her. Two shaman, or medicine men, joined the search on Monday. Sitting cross-legged on the forest floor, they covered their eyes, cried out and prayed. "She is here now, so we will stay here tonight to see if we can find her then we can know why she went missing," said shaman Mohd Khalid Mohamed. - Reuters

Come on, we can’t let the IMF send us to the naughty corner

Let’s pull together before outside forces have to rescue us. The submission, the shame. I couldn’t bear it

Thank heavens for platinum because gold is a dead dud

Sibanye’s gold output has halved since 2014, but it has  now become the world’s largest source of platinum

Mobile payments in SA: MTN gears up for another crack

The network failed with its initial launch in 2012, as did Vodacom with M-Pesa in 2016. Third time lucky?

Just for the record: 50 years later, it’s back to ‘Abbey Road’

Edna O’Brien: She didn’t just break the mould, she made it

Writer smashed through social and sexual barriers for women in Ireland and beyond, to be sure, to be sure

When in Rome ... Kevin Spacey slinks out of hiding

SPORTS DAY: Kolisi bok for his return against Argentina

All Blacks? We’ll see you in Yokohama on September 21

Boks won the Rugby Championship and are undefeated this year, so lips are being licked for the World Cup

Blasts from the past: Ryk and Tjol begin epic Bok pairing