Taxes and more taxes: what to expect from NHI

FREE TO READ | The businessman’s company is still in its infancy, but investors already want it liquidated

How the Cape was manipulated into changing its thirsty habits

Think about influencing human behaviour and Bell Pottinger springs to mind, but it also can help to avert disaster

Meet the critter that survived a crash into the moon

The batch of tardigrades, Earth's toughest animal, were taped to a disk as part of an Israeli space mission

THERE WILL BE NO TIMES SELECT ON WOMEN’S DAY

Bemoaning SA's job stats makes for good TV, but it is a pretty meaningless explanation for being unemployed

The days of social media likes are numbered. Will we survive without them?

For most of the past 10 years, the vision of social media without metrics would’ve seemed bizarre

Menopause for thought: now there’s an op to delay ‘the change’

A revolutionary procedure could save women from the debilitating symptoms, but not everyone agrees it's good news

shovel off Almost a week after the Joburg CBD erupted into chaos, on Wednesday the police stepped up the pressure with raids, confiscating goods from alleged illegal traders. Later, a mob from Jeppe Hostel marched through the streets and looted shops and cars. They were dispersed by police.
Image: Alon Skuy

Jailed wife killer Jason Rohde has to wait for a week to hear if his application for release on bail has been successful. The High Court in Cape Town heard the former property mogul’s application on Wednesday. This was after the Supreme Court of Appeal (SCA) granted him permission to appeal against his conviction and sentence. In legal papers, Rohde urged the court to release him on bail as the appeal court might only hear his case in February. Judge Gayaat Salie-Hlophe heard that the former Lew Geffen/Sotheby’s CEO is bankrupt and wants to rebuild his life pending the appeal hearing. Rohde is serving a 20-year sentence for his wife Susan’s murder and for defeating the ends of justice by attempting to make her death look like suicide. He murdered Susan at Spier, in Stellenbosch, in July 2016 in a room they shared while he attended a work conference. The state opposed the bail application.

Police discovered a "one-stop-shop" for fake documents operating inside a printing shop and internet cafe in Gugulethu, Cape Town, on Tuesday. Following up on reports of a fraudulent licence disc operation, police found everything from medical certificates to identity documents, passports and documentation for asylum seekers available in the backyard store. They even found a city of Cape Town "payslip" among the illicit paperwork. Cape Town mayoral committee member for safety and security JP Smith said this was a “very disturbing case”. “Who knows how many fake documents have been produced by this operation, and how wide the net goes?" he said. Smith said forgery cases were not paid as much attention as the risk they posed demanded.

The Hawks have confirmed they are investigating a criminal complaint against public protector Busisiwe Mkhwebane. "Whatever we are investigating is what we will be getting from the public," Hawks head Godfrey Lebeya said on Wednesday. Lebeya was referring to Accountability Now director Paul Hoffman who laid a criminal complaint against Mkhwebane on Tuesday. BusinessLIVE reported that Hoffman submitted the complaint to the public protector's office on the same day. Meanwhile, the Hawks revealed on Wednesday they were sitting with more than 2,000 fraud cases but limited financial crime investigators within the department. For the 2017/18 financial year they had recorded 2,158 fraud and corruption cases involving R182bn. On the state capture inquiry, Lebeya said they were investigating some of the claims and that senior investigators had been assigned.

Property prices have crashed in some of Cape Town’s priciest suburbs as demand evaporates. Sellers on the Atlantic Seaboard and in upper Constantia have cut asking prices by up to R10m in the past three months, according to latest sales data. On Wednesday, estate agent Seeff’s MD for the Atlantic Seaboard and City Bowl, Ross Levin, said recent sales had been concluded at “anything between 20% and 50% below the asking prices”. He added: “The market is already down by 40% since 2016/17, and despite the expected uptick following the election, the reality has been a further decline of 15% in value generated during the first half of this year. High-end sales remain especially slow.” A house in Camps Bay that went on the market for R50m was sold for R25m, and Seeff said it knew of other mayor discounts.

A precedent-setting judgment, setting aside former environmental affairs minister Edna Molewa’s quotas for the exportation of lion bones in 2017 and 2018, has implications beyond the lion bone trade. The judgment by the High Court in Pretoria on Tuesday could have a significant impact on the breeding, slaughter and selling of all captive wild animal parts, said the Endangered Wildlife Trust (EWT). The judgment found the quotas - for the export of 800 lion bones in 2017 and 1,500 in 2018 - to be unlawful and unconstitutional and that due process was not followed. The NSPCA said it had broader implications for the welfare of wild animals, both wild populations and captive wild animals. Before giving his judgment, Judge Jody Kollapen said the issue had implications for both current and future generations, and that he had taken time over his deliberations to reflect on the importance of the decision for society.

Hammanskraal water ‘not fit for humans’

The SA Human Rights Commission (SAHRC) says water in Hammanskraal north of Pretoria is unfit for human consumption. "Independent sample analysis done by the CSIR confirms this. Some of the drinking water determinants can cause chronic health conditions to the residents," said SAHRC attorney Buang Jones. The water sampling was conducted on June 20 2019 at the Temba Water Treatment Works, Kekana Primary School, Refentse Clinic and Hammanskraal Secondary School. The finding is contrary to assurances by the City of Tshwane in July that strides have been made to vastly improve the water quality, and that it is safe to drink. A meeting between the SAHRC and the Tshwane municipality is set for Monday, with a community meeting scheduled for August 20.

Thirty-year-old Meghan Cremer went missing on August 3. Four days later and there is no sight of her. However, three suspects have been arrested for being in possession of Cremer's car. 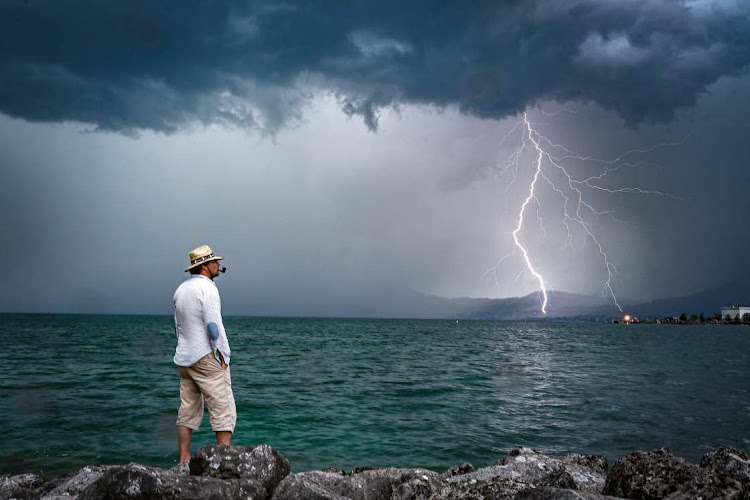 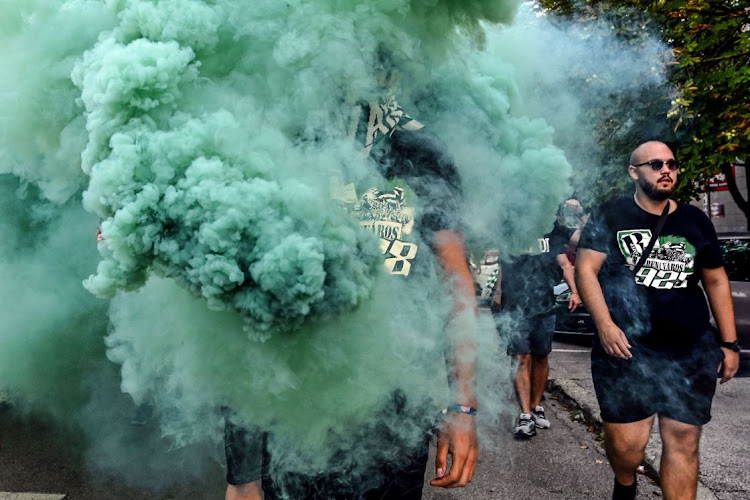 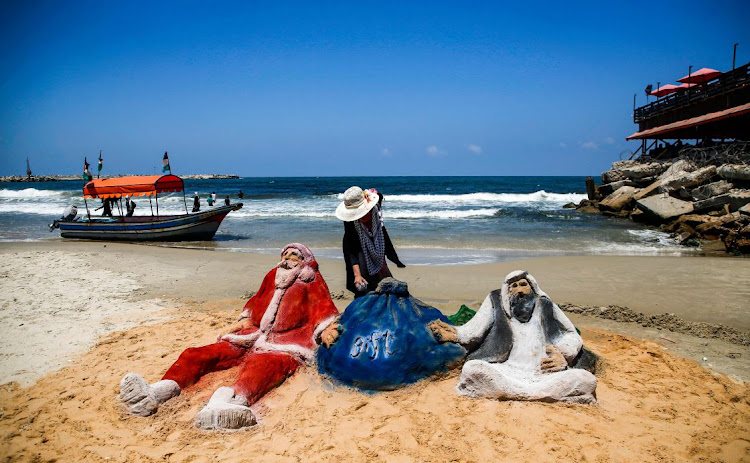 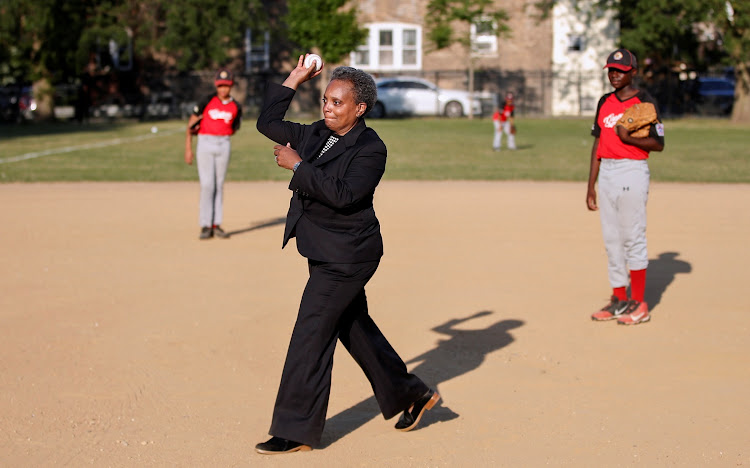 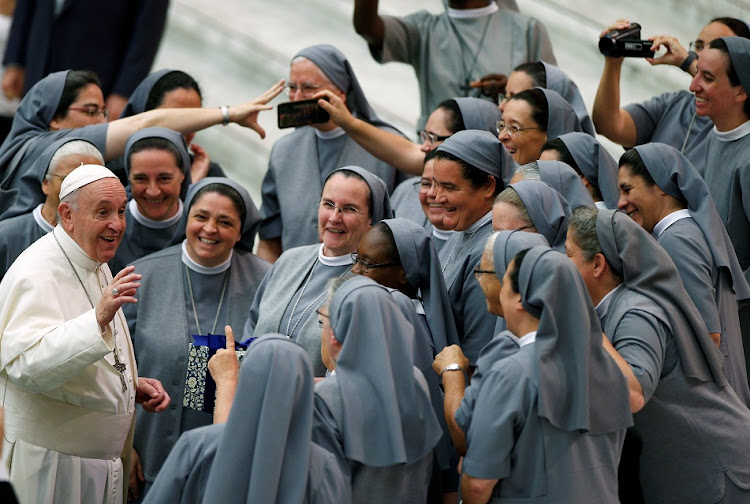 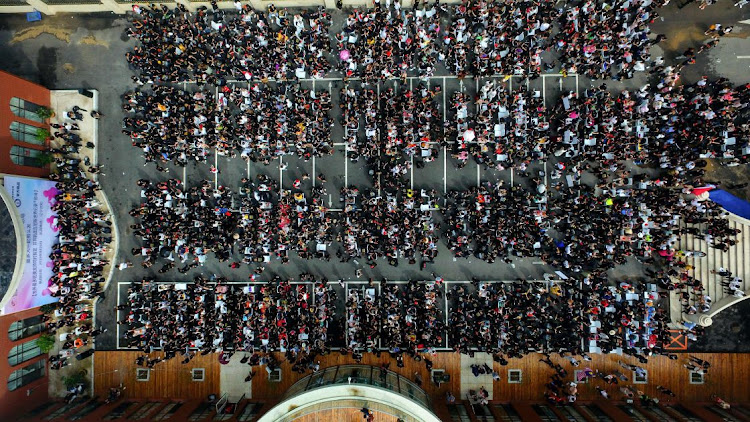 Anti-Semitism is resurging as populism grips Europe, fuelled by Muslim migrants and the indigenous far right

Is going barefoot a thing now, or do we tell Harry and Gwynnie to shod off?

Whether it's an ill-advised fad or a health boon, even the Aussie cricketers are doing it before big matches

A good sleep after a cup of tea? Even coffee? Cool beans!

However, nicotine at night may not be such a good idea

Bottles featuring busty blondes, raunchy taglines and lewd labels were banned from the Great British Beer Festival on Wednesday in a crackdown on sexist advertising. A South African beer company, Vale Bru, was criticised when it launched a new range of beers including Filthy Brunette, Easy Blonde, and Ripe Redhead. One marketing tagline read: ‘All your friends have already had her’. Other beers that fall foul include Leg Spreader, Raging Bitch, Panty Peeler and Double D. — Reuters

The remains of a super-sized parrot that stood more than half the height of an average human and roamed Earth 19 million years ago have been discovered in New Zealand. Judging by the size of the leg bones, the bird would have stood about 1m tall and weighed up to 7kg, according to an international team of palaeontologists published in the latest edition of Biology Letters. The parrot has been named Heracles inexpectatus to reflect its Herculean size and strength — and the unexpected nature of the discovery. — AFP

German Bundesliga soccer club Schalke has suspended chairman Clemens Toennies for three months following widespread condemnation of racist comments he made. The 63-year-old has been sharply criticised for saying more power stations should be built in Africa, ‘then Africans would stop felling trees and producing children when it gets dark’. The billionaire businessman made the remark while criticising tax increases to fight climate change. — AFP

Moves to shut down the chat forum 8chan are ‘sinister’ and ‘cowardly’, its owner said on Wednesday after he was called to appear before US Congress to explain the hate content linked to deadly US shootings. Philippines-based Jim Watkins said the deadly weekend attacks in the US cities of El Paso and Dayton were a tragedy and that 8chan had not broken any laws. 8chan, which promotes itself as a site devoted to the ‘darkest reaches of the internet’, has been home to posts from right-wing extremists, misogynists and conspiracy theorists, including a manifesto denouncing a ‘Hispanic invasion’ by the suspect in the El Paso attack. — AFP

Thailand delivered 4,500 bottles of cannabis oil to treat hospital patients on Wednesday, its first official use of marijuana since a measure legalising such use took effect this year. Thailand, which has a tradition of using cannabis to relieve pain and fatigue, legalised marijuana for medical use and research last year to help boost agricultural income. The Government Pharmaceutical Organisation will produce 200,000 bottles of the extract every month from September. The GPO will begin planting its second cannabis crop this month, aiming to expand to greenhouse cultivation by early 2020, so as to boost its oil production to 200,000 bottles. — Reuters

Five South Korean tourists behind the wheels of high-performance Porsches have been slapped with hefty fines after they were caught racing at more than 200km/h on a highway in southern France. The drivers, aged 27 to 38, were spotted Tuesday evening as they sped from the southwestern city of Bordeaux toward Vichy, a roughly four-hour trip when observing the 130km/h speed limit. The five drivers were identified as two researchers, a teacher, a barman and an entrepreneur. — AFP

Analysts say mergers are the only way to fix a moribund sector, but interest rates may matter more

Curro, once the star pupil on the JSE, has been marked down 43% over a year. Advtech is better, but still bad

Hooray for no boobies: The very SFW new Pirelli calendar

Under the theme ‘Looking for Juliet’,  photographer Paolo Roversi shows stars in a new, chaste light

No, but seriously. These goodies are all super-cool

Get set for lashings of style by super-celeb Lerato Kganyago

Blasts from the past: Wayde walks it at 2017 world champs