ANALYSIS: So, Cyril’s ‘new dawn’ was a mirage. Deal with it

Battery thieves threaten to plunge SA into a telecomms blackout

Gangs sell stolen cellphone tower batteries for use in home solar power systems, and the problem is getting worse

Yes, the EFF hogs headlines, but the news is not good for Juju’s lot

They can spew all the toxic drivel they want, it doesn't change their very, very small support base

‘It won’t work’: experts on making Cape a war zone

Sending in soldiers was ‘the result of moral panic among politicians and the police’, while bodies are still piling up

It’s all over for Walter Sisulu’s chick

Parents’ attitude to strapping in kids is a car crash, say doctors

Red wine will take your blues away – it’s science

Like Lord Nelson, he has wilful blindness when it comes our economy. Unlike Nelson, he is leading us to disaster

Hands up if you have sweaty armpits. Now stick ’em in the microwave

... the specialised microwave at the practitioner of a radical new technique, that is. And it works

Roger that! You’re never too old to have great sex

Experts reveal how to improve your bedtime satisfaction, no matter what your age

Accountability Now has laid charges of perjury and defeating the ends of justice against public protector Busisiwe Mkhwebane, and asked her office to investigate her for maladministration. The criminal complaint was laid by Accountability Now director Paul Hoffman on Monday. He submitted the complaint to the public protector’s office on the same day. Hoffman said in an affidavit submitted to the police that the criminal charges arose out of the Constitutional Court judgment that found she was dishonest in her conduct in the saga surrounding the investigation into the apartheid-era loan by the SA Reserve Bank to Bankorp, which is now part of Absa.

‘Drop’ in gun violence as 41 killed in Cape metro

The equivalent of nearly four football teams were murdered in the Cape Town metro region over the past weekend, but as crime levels persist and the army is deployed to some areas a decline in gun-related deaths is cause for faint optimism. Gun-related murders in the metro dropped to 16 over the weekend after 31 were recorded two weeks prior - making the latest figure the lowest in 10 weeks. The gun-related incidents took place mostly in gang-ridden areas. Of the 41 murders, 16 were due to gunshots, 19 as a result of stabbings, and six due to other circumstances. Since the SA National Defence Force rolled into the Cape Flats in July, murder rates have slowly decreased, and Western Cape premier Winde attributes this to having "more boots on the ground", as well as escalated efforts from city law-enforcement officers and the police.

eThekwini mayor Zandile Gumede won't be returning to work just yet. That's according to a decision taken by the KwaZulu-Natal ANC's provincial executive committee following its two-day meeting in Durban on Sunday and Monday, where the committee deliberated on a range of issues including the state of ANC-led municipalities and court matters involving members. The ANC said on Tuesday the PEC had carefully considered an updated report on the court cases against a number of comrades, including Gumede. The decision to extend the leave of absence was to “allow more time for the affected comrades and the organisation to finalise its work on the matter”. Gumede faces charges of fraud and corruption relating to a R208m Durban Solid Waste tender awarded in 2016, in which the 62 other councillors were implicated. Gumede and her co-accused are due in the Durban Commercial Crimes Court on Thursday.

SABC still trying to claw back R21m from Hlaudi

While former SABC chief operations officer Hlaudi Motsoeneng says the findings of a damning probe into editorial interference at the broadcaster are "nonsensical", the board says it is still trying to recoup millions from him. Board chairperson Bongumusa Makhathini was quoted by the SABC on Tuesday as saying the Special Investigating Unit (SIU) was helping the broadcaster to recover the money. "We're in court with Hlaudi Motsoeneng trying to recover R21m," he said. The SIU revealed in parliament in 2018 that it was pursuing Motsoeneng for millions which included a "success fee" for an archive deal by the broadcaster and damage related to the appointment and dismissal of staff. Motsoeneng has dismissed the findings of the inquiry. He told eNCA: "I am the first person at the SABC to make sure that all employees are treated fairly … You see, this is a journey of people tarnishing our name."

A 36-year-old woman charged with trying to smuggle liquid cocaine worth R4m into the country made a brief appearance in the Verulam Magistrate’s Court on Tuesday. Ntombizanele Yangaphi was arrested at Durban's King Shaka International Airport on an Emirates flight from Dubai on July 29 2019 after liquid cocaine, concealed in shampoo bottles, was found in her luggage. She has been charged with dealing in and possession of drugs. The matter will proceed with a formal bail application, which is expected to be opposed by the state, on August 13. Yangaphi will remain in custody until then.

Seventy-two children were injured, two of them critically, when the school bus they were travelling in overturned near Underberg in KwaZulu-Natal on Tuesday morning. The incident occurred on Centocow Road. The children were rushed to the nearby St Apollinaris Hospital for initial treatment, ER24 said. Medics found two children in a critical condition, while the others had sustained minor to moderate injuries. “The children were treated for their injuries and the critically injured provided with advanced life-support interventions," said ER24 spokesperson Russel Meiring. “Once treated, the one critically injured patient was airlifted to a hospital by a private medical helicopter. The remaining patients were transported by various services to nearby hospitals.”

Canadian singer Deborah Cox was left shaken by an incident on an SAA plane at the weekend. According to the singer, a fire developed in the cockpit, forcing an emergency landing. South Africans on Twitter had a humorous take on the situation, after a video of the crew's chants surfaced. The plane landed safely in Accra, Ghana. 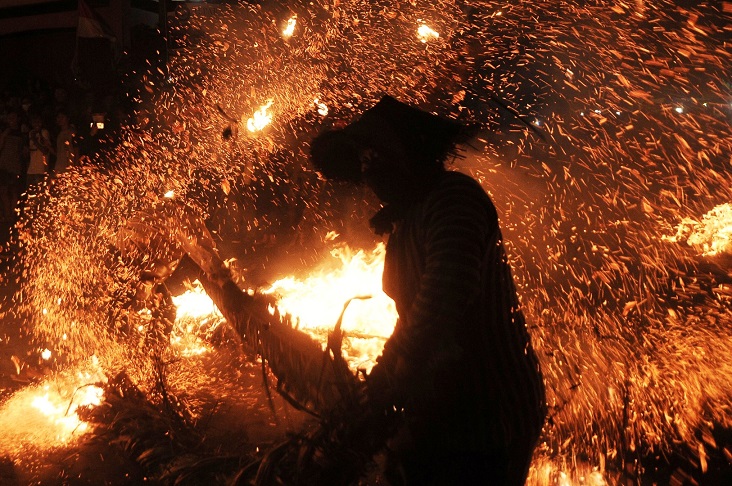 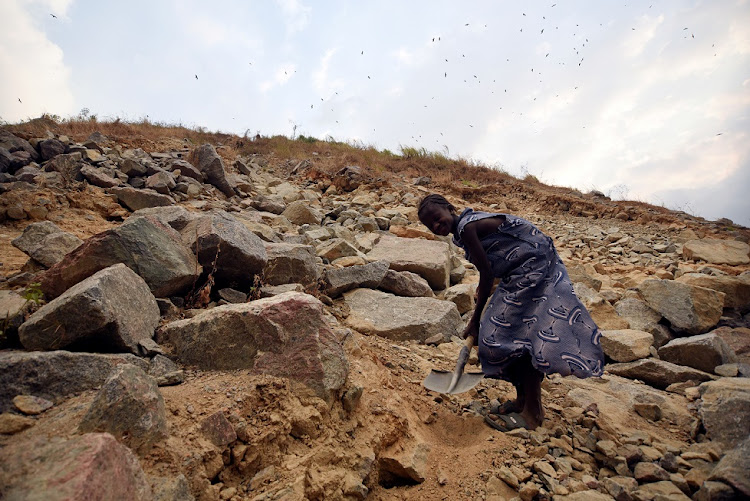 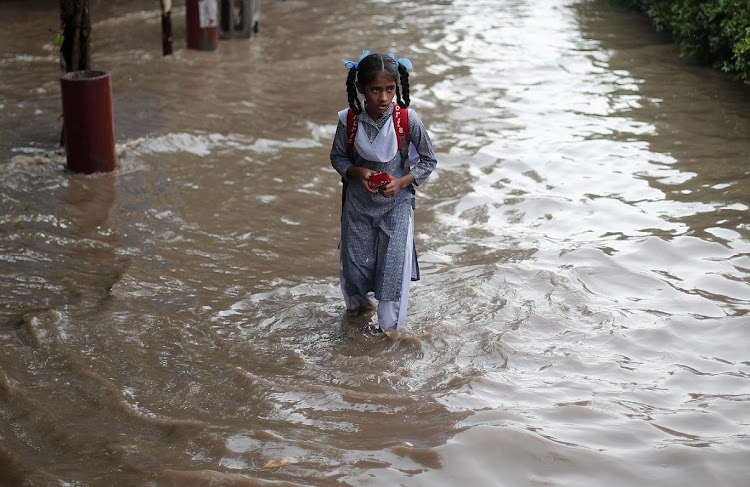 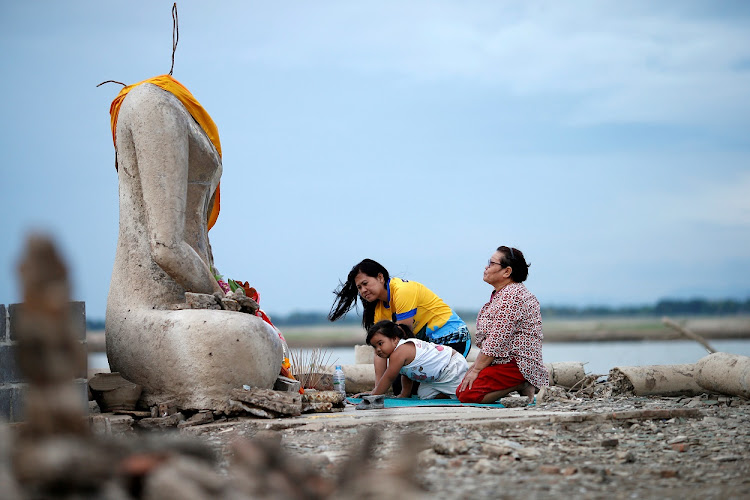 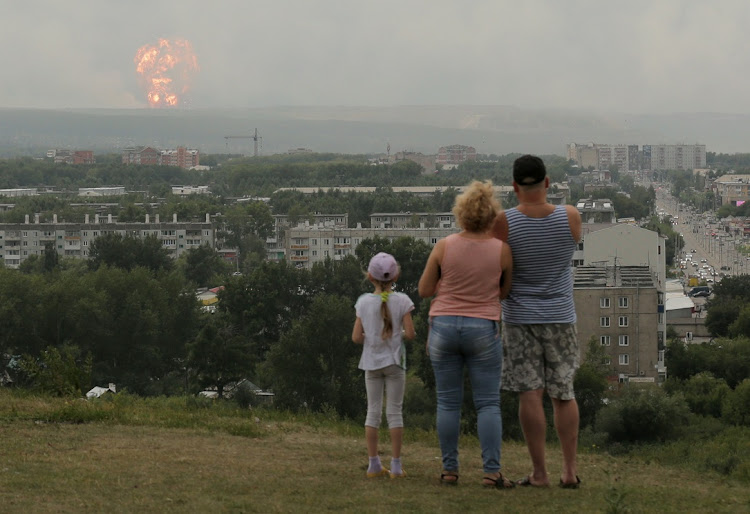 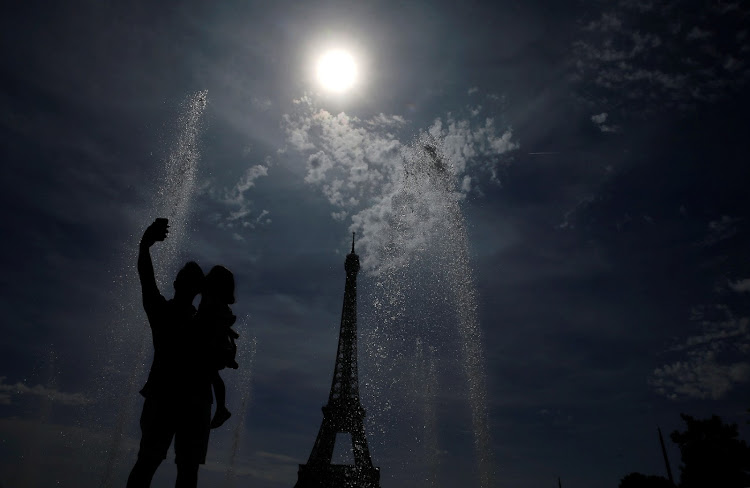 ‘Death to Pigs’: how the Manson murders remain etched in memory

Manson and his 'family' went on a killing rampage on August 8 1969. We look at the key figures involved

A fierce storm is brewing in our treasured data clouds

Meltdowns are becoming all too common, and they spill over into many aspects of the ‘real world’

US author Toni Morrison, whose 1987 novel ‘Beloved’ won a Pulitzer Prize and contributed to a body of work that made her the first black woman to be presented the Nobel Prize in literature, has died at the age of 88, her publisher said. She died following a brief illness, her family said. – Reuters

The creator of the 8chan website linked to deadly mass shootings said he hoped the El Paso carnage would be the ‘final nail in the coffin’ for the forum, which he accused of harbouring ‘domestic terrorists’. Fredrick Brennan said he sometimes regretted setting up the message board in 2013, and added handing it over to a new owner was a mistake. – AFP

Scientists have created an artificial ‘tongue’ that can tell subtle differences between whiskies. Experts in Scotland have built the miniature taster that can even tell the difference between the same brand aged in different barrels, with more than 99% accuracy. It can also distinguish between whiskies aged 12, 15 and 18 years. – AFP

Inmate who tried to escape in drag found dead

A Brazilian inmate who attempted jailbreak while dressed as his daughter was found dead in his cell after apparently having hanged himself. Convicted Rio drug dealer Clauvino da Silva, 42, was serving a decades-long sentence. A video in which he slowly removes his disguise has gone viral. – Reuters

A French boy, 6, thrown off a 10th-floor viewing platform at London’s Tate Modern gallery has suffered a broken spine, legs and arm. The boy also has bleeding to the brain, a prosecutor told a London court. The British teenage accused appeared at the youth court after being charged with attempted murder. Police say the victim’s condition is no longer life-threatening. – AFP

War with Iran is the mother of all wars: president

War with Iran is the mother of all wars, Iran President Hassan Rouhani said in a speech on live TV, warning once again that shipping might not be safe in the Strait of Hormuz. Tensions have risen between Iran and the West since last year. Rouhani also praised foreign minister Mohammad Javad Zarif after the US imposed sanctions on him. – Reuters

Reverse the Reserve Bank’s independence at your peril

SA’s central bank is still among the best run in the world, despite the government's worst intentions

South Ocean’s BBBEE status comes down to the wire

Beyond the pale and not in the pink: salmon’s sordid saga

What’s all the fuss and bother about bone broth?

Touted as a cure-all health elixir, it may not be all it’s made out to be ... but it’s still a jolly hearty treat

You’ll just lava what Stefano and Domenico have done now

Cricket is cruel, and don’t Dale Steyn and Steve Smith know it

Travelling in opposite directions along life’s corridor of uncertainty, but they still have plenty in common

Blasts from the past: A second Olympic gong for Cameron