MaKhumalo’s co-op was meant to save Nkandla. Now it’s in ruins. Why?

Ex-first lady's project is at the centre of a political row, and has now been hit by two mysterious burglaries

The draft regulations would be burdensome, time-consuming and very expensive to implement, the party argues

Suburb blows fuse as students ‘turn it into slum’

Westdene-Sophiatown locals say they worry about property value, but a town planner thinks this is an overreaction

‘Copycats’ move in as pro kidnapping syndicates circle the rich

As yet another businessman is snatched in KZN, sources report a spate of crimes by smaller operators

Post-mortified: the link between your pizza and sloppy morgue staff

Many funeral homes are near food outlets and schools, and their staff have a fairly casual approach to hygiene

Here, mild steel corrodes about 350 times faster than in SA’s most metal-friendly location, the Klein Karoo

Plastic’s not the problem, people are, says waste crusader

Male friendship is bashful and elusive. How in mid-life do you find a new friend?

Sorry, Meghan and Greta, your liberal ‘wokeness’ is a backwards fantasy

In a fast-moving world, these regressive, self-involved metropolitans have no solutions to offer Earth's crises

highs and alohas The prolonged trial of alleged sex pest Nigerian pastor Timothy Omotoso and his two co-accused is expected to kick off in the Port Elizabeth High Court on Friday pending whether or not his defence council will object to some of the 97 charges the trio face.
Image: Eugene Coetzee/The Herald

Law enforcement officers were attacked during a violent protest in the Johannesburg CBD on Thursday afternoon. The Johannesburg metro police’s Chief Superintendent Wayne Minnaar said metro officers and SAPS members were responding to the protest on Rahima Moosa Street when they were attacked. "Officers had to fire rubber bullets at the protesters to disperse them." The situation remained tense on Thursday afternoon. The reason for the protest was not immediately clear.

Police minister Bheki Cele has once again committed himself to securing an arrest in the 2014 Senzo Meyiwa murder case. “The case is at a sensitive stage and minister Cele has committed himself, once more, that an arrest will be secured in the Senzo Meyiwa case," said Cele’s spokesperson, Reneilwe Serero. This comes after the minister visited the family at their Umlazi home, south of Durban, on Tuesday following the death of Senzo’s father, Sam Meyiwa. Meyiwa, 66, died in the early hours of Monday at his home after suffering a second stroke. He had been bedridden after his first stroke in August 2018. He will be laid to rest at the weekend. Meyiwa was gunned down in Vosloorus, east of Johannesburg, in 2014.

The battle between the Trevor Manuel-led Old Mutual board and embattled CEO Peter Moyo took a dramatic turn on Wednesday. Moyo was barred from his office and the company's Sandton building was evacuated following a bomb scare. Moyo is now accusing Old Mutual of being in contempt of court, after the company denied him access to his office despite a South Gauteng High Court interim order that he be reinstated to his position. His dismissal in June was deemed unlawful by the court. But Old Mutual insists Moyo should stay away from its head office, as the company appeals the ruling. Moyo's legal representative, Eric Mabuza, disagreed, saying the company was “in contempt of the court order because they should implement the order”.

A 27-year-old man was arrested for throwing rocks and damaging two vehicles on the M4 highway in Durban on Wednesday. Provincial police spokesperson Col Thembeka Mbele said the man was arrested for two separate incidents on the M4, which occurred an hour apart. "It is alleged that at 6.20am the victim was travelling with his family on M4 south at Umhlanga when an unknown man threw a rock, damaging his vehicle bonnet and windscreen. In another incident at 7.30am, a 54-year-old woman was travelling on the M4 north on the off-ramp when the suspect threw a rock, damaging her windscreen. The driver sustained minor injuries due to the broken glasses and was taken to hospital." Durban North police tracked the man to a taxi rank. He will appear in court on charges of malicious damage to property.

Tshwane municipal manager Moeketsi Mosola has been placed on special leave. This was confirmed by mayor Stevens Mokgalapa on Wednesday night. "This means the city manager remains in his position until August 31 2019, subject to finalising the separation agreement ... The city looks forward to seeing this process to its end in the interest of residents," mayoral spokesperson Omogolo Taunyane said. Mosola is at the centre of a controversial R12bn contract to engineering consultants GladAfrica, which has been deemed irregular.

Three people have been killed in separate mob justice-related incidents in the Kwazakhele area of Nelson Mandela Bay since Monday. The killings occurred within a 1km radius. In the latest incident, Sipho Ngcoza, 26, was stoned and torched at about 1am on Thursday. Police spokesperson Capt Andre Beetge said police were told of a mob-justice incident on Nkata Street, Kwazakhele. When police arrived "about 70 people were standing around, however everyone claimed to not know what happened”. Ngcoza's murder comes after Mandla Charles Hashe, 29, was killed by a group at the corner of Mbilini and Sidindi streets at about 10am on Tuesday. Sinethemba Gwatya, 23, was stoned and torched on Stofile Street, Kwazakhele, at about noon on Monday. Police were investigating whether the incidents were linked.

Visitors got closer to wildlife than they probably would have liked when a lion leapt on to their vehicle in the Lion & Safari Park in Hartbeespoort, Johannesburg, last Saturday. The visitors were doing a self-drive tour in one of the enclosures when a group of three young male lions surrounded their vehicle. 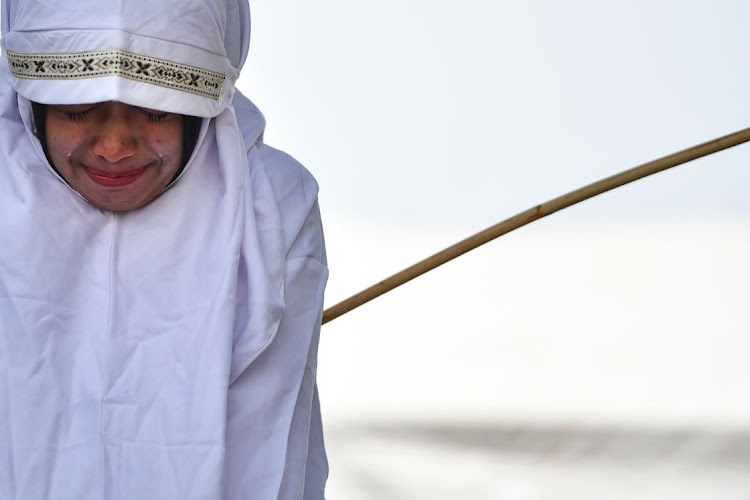 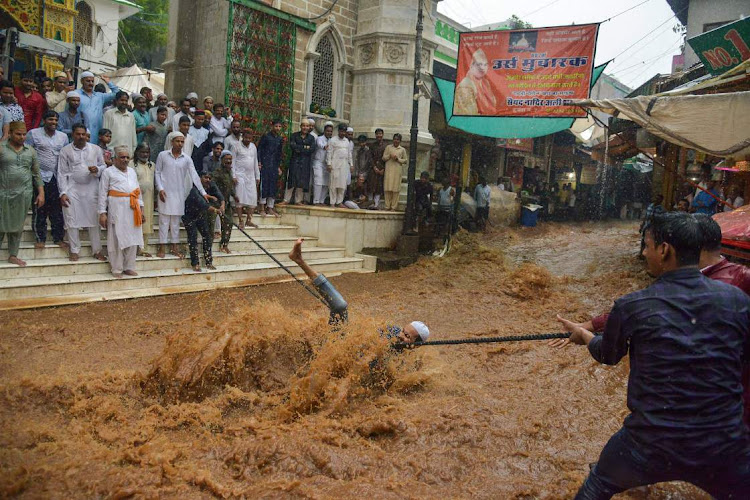 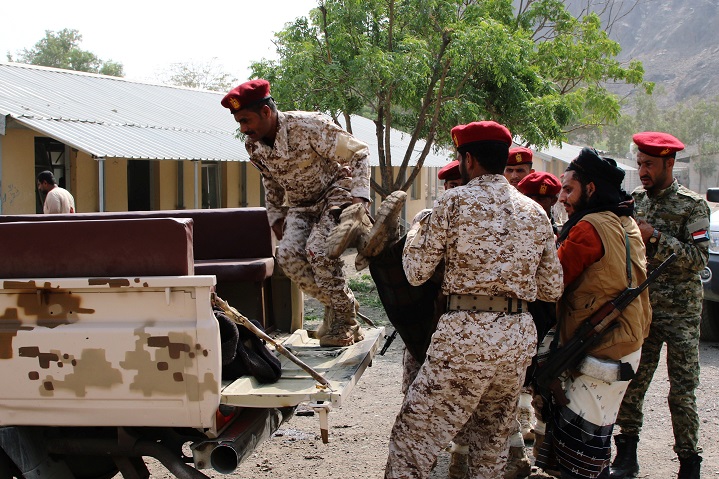 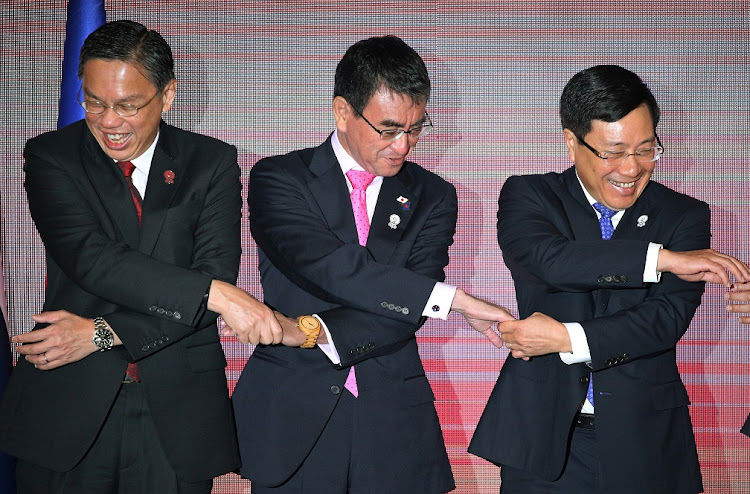 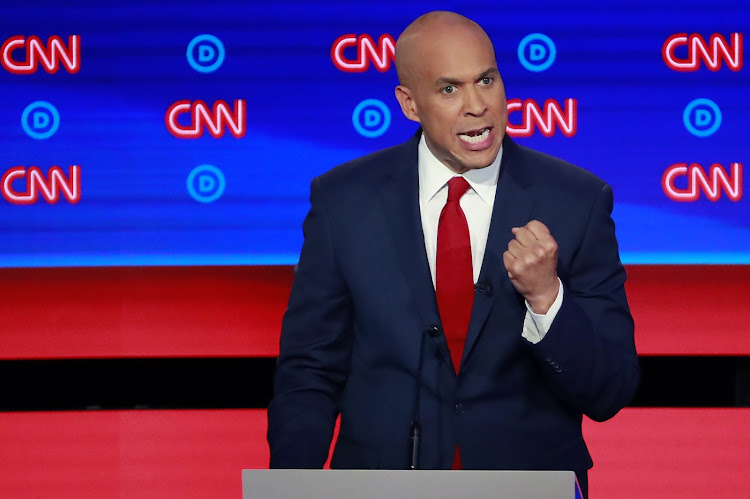 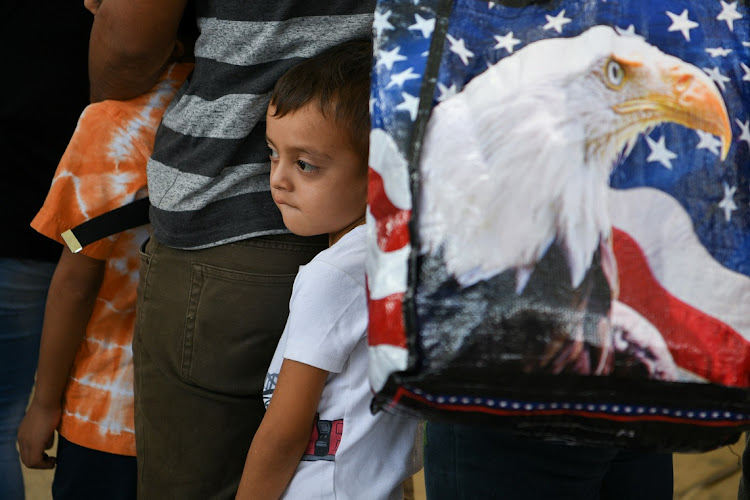 Sub-Saharan African women dare to dream in an HIV nightmare

Give your baby a machete: parenting tips from hunter-gatherers

After sheikh’s cryptic poem, should his estranged wife fear the verse?

Eerily mentioning 'sharp blades', the Dubai leader's poem comes amid a bitter fight over their children

THE BIG ARRIVAL Japanese lawmaker Eiko Kimura, who has cerebral palsy, is surrounded by reporters at the parliament building in Tokyo.
Image: Reuters/Kim Kyung-Hoon

A North Korean soldier made a river crossing of the Demilitarised Zone that divides the peninsula, Seoul's military said on Thursday, in a rare direct defection across the heavily fortified frontier. More than 30,000 North Koreans have escaped to the South since the two were separated by war more than 65 years ago, according to Seoul government data, many of them driven by prolonged economic hardship. But the vast majority have gone first to the North's neighbour and ally China before making their way to the South, usually via a third country. Only a few have dared to cross the DMZ, which is riddled with landmines and has a heavy military presence on both sides. – AFP

Scientists in Japan will begin trying to grow human organs in animals after receiving government permission for the first study of its kind in the country. The cutting-edge, but controversial, research involves implanting modified animal embryos with human "induced pluripotent stem" (iPS) cells that can be coaxed into forming the building blocks of any part of the body. It is the first step in what researchers caution is a very long path towards a future where human organs for transplant could be grown inside animals. The research led by Hiromitsu Nakauchi, a professor of genetics at Stanford University, is the first of its kind to receive government approval after Japan changed its rules on implanting human cells into animals. – AFP

British and colonial-era flags being waved at Hong Kong's anti-government rallies are a vivid rebuke to China's rule but they have also stirred intense controversy among protesters who fear the symbolism plays into Beijing's hands. An elderly lady known as "Grandma Wong" is among the most ardent advocates of Britain's Union flag, with her diminutive but vibrant presence a regular feature at the two months of pro-democracy protests. The 63-year-old - whose full name is Alexandra Wong - says the flag is an expression of her dissatisfaction with the two decades of Beijing's rule since Hong Kong was handed back by Britain in 1997. "I want the middle-aged and older generations - many of whom are still asleep and don't really understand the young people - to compare now to how good it was, relatively, in the British colonial period." - AFP

Flight by light gets a sunny lift

Mission accomplished: the Planetary Society has announced that its LightSail 2 spacecraft, launched last month, had successfully raised its orbit using only the power of photons from the sun. The team behind the $7m crowdfunded venture said they had demonstrated a proof of concept for a new form of propulsion that could one day transform deep-space exploration by doing away with the need for expensive rockets and fuel. "In the past four days the spacecraft has raised its apogee, or orbital high point, by about 1.7km attributable to solar sailing," said Bruce Betts, LightSail 2 programme manager. That makes it the first spacecraft to use solar sailing for propulsion in Earth orbit, and the second solar sail spacecraft to successfully fly, following Japan's IKAROS, which launched in 2010. - AFP

If you’ve received a vaccination, hip replacement or chemotherapy without suffering toxic shock, chances are you’ve benefited from a vast bloodletting of horseshoe crabs. Every year fishermen net hundreds of thousands of the creatures off the US East Coast and in Asia before their prized milky-blue blood is drained for use in medical safety tests. Swiss biotech Lonza and US-based Charles River Laboratories are the biggest suppliers of crab blood-based endotoxin tests, which detect bacterial contamination in intravenous drugs and medical implants. They are now at odds over the future of this testing, as Lonza urges adoption of a synthetic alternative called recombinant Factor C (rFC), amid pressure from wildlife campaigners and worries about supply reliability. – Reuters

A fly that interrupted his speech was working under the orders of priests, Philippine President Rodrigo Duterte joked as he launched a new verbal attack on the country’s influential Catholic church. The fly buzzed around Duterte as he spoke at a school in Manila, landing on his forehead and cheek and causing him to flap his arms in a futile bid to swat it away. “I’ve had a fight with priests for a long time,” he said without missing a beat. “This fly is taking orders from them. It has been following me for some time,” he added, to laughter. Earlier, Duterte said the Catholic church’s dogma was “simply not acceptable to my God-given common sense”. “I have a God. I just don’t want to be saddled with religions,” he said. - AFP

At last, a reason to be cheerful: factories are producing more

More Woolies woes Down Under with David Jones write-down

Apple smiling as pods and watches call time on the iPhone

The tech giant's App Store and wearables have lifted revenues, putting its core product in the shade

It's a big, don't-take-yourself-too-seriously blast as our pec-popping heroes whip themselves into a quippy frisson

SPORTS DAY: Spanish pick is a downer for Pitso

Blast from the past: Ndlovu makes golden mark in history