Cape Town is stuck in apartheid. It’s an ugly blot on a beautiful city

Sports chiefs have trampled human rights and medical ethics as they target athletes from poor backgrounds, they argue

Senzo’s dad never gave up his fight for justice. Now he too is dead

'One day, God will help me and everything will be revealed,' Sam Meyiwa said. His prayer wasn't answered

Harpo the hippo saved from bullet after stealing Harties hearts

These locals love their unusual guest, and sprang into action when they heard someone wanted to shoot him

Designer babies: does SA have the legislative muscle it needs?

Genetic engineering is creating a whole new ethical minefield, and our laws do little to address the problem

Gene therapy is an ongoing global project, but already it has shown signs of success for some of Africa’s ills

You’re last to find out millennial staff aren’t that bad? You still win!

Guns, joysticks and mega millions: inside the esports explosion

BIBLE-BASHFUL In his usual flamboyant attire, pastor Timothy Omotoso on Wednesday entered the Port Elizabeth High Court dock from the holding cells clutching the Bible while his supporters cheered and called out 'my general' and 'my daddy'.
Image: Eugene Coetzee/The Herald

The newly established employment and labour department spent a whopping R3,429,695.97 on a 12-day trip for 35 delegates to Geneva, Switzerland. The delegates accompanied President Cyril Ramaphosa to a conference hosted by the International Labour Organisation (ILO) last month. Now the DA wants minister Thulas Nxesi to provide a detailed report of what was achieved by the delegation, and how it has addressed SA’s unemployment crisis. DA MP Michael Cardo said the public deserved to know why it was necessary for Nxesi’s department to send one of the largest delegations to Geneva, with it costing SA taxpayers millions. “In the face of unprecedented levels of unemployment and economic stagnation, austerity measures are a necessity for government ... the jamboree to Geneva seems difficult to justify,” he said on Wednesday. Details of the “junket” were revealed in a written reply to a parliamentary question Cardo posed to Ramaphosa.

Striking municipal workers allegedly stolen dozens of buses without permission to blockade roads during the wage strike that caused traffic chaos in Tshwane. “At least 40 buses were returned to the municipal bus depot east of the city just before midnight. This came after the buses were removed from the depot by drivers and used to blockade streets, which caused turmoil when traffic came to a standstill,” the city said on Wednesday. “The city of Tshwane has, as of [Tuesday] recovered municipal buses that were taken by drivers without authorisation on Monday.” Pay negotiations between the city and SA Municipal Workers’ Union entered their third day at the national bargaining council as the union demanded an 18% hike, on par with what some senior city managers reportedly received. Bus operations remain suspended.

The city of Cape Town has moved to allay fears about “discoloured tap water” in some areas, saying tests confirmed it did not pose a health risk. Residents were, however, advised to continue boiling water if they noticed discolouration. The city sent out an advisory late on Monday cautioning residents that “water in the distribution system is currently discoloured over a large part of the eastern, central and southern suburbs” due to a “process control fault” at its Faure water-treatment plant. “As a safety precaution, residents are advised to boil the water before drinking, especially if it appears discoloured.” Tests indicated that the water did not pose a health risk, the city said on Tuesday evening. “An error in the dosage of this chemical led to the water retaining its brownish colour.” The Faure treatment plant provides about a third of the water consumed by residents across the city.

Cape Town police have arrested a second suspect in connection with the murder of Russian hiker Ivan Ivanov on Chapman’s Peak near Hout Bay. Western Cape police spokesperson Sgt Noloyiso Rwexana said on Wednesday: “Following the death of a 44-year-old hiker who was stabbed while hiking on Chapman’s Peak at the weekend, detectives have been hard at work following up leads. In the early hours of [Wednesday] they apprehended a 24-year-old suspect at the Hout Bay harbour. Another suspect was arrested by neighbourhood watch members on the day of the incident with items that are believed to be possessions of the victim.” The man is set to appear in the Wynberg Magistrate’s Court on Friday.

Public protector Busisiwe Mkhwebane has rejected a report claiming she had financial links to the controversial Gupta family. Investigative journalism organisation Organised Crime and Corruption Reporting Project reported on Tuesday that Mkhwebane was “flagged” by global banking giant HSBC as having financial links to the Guptas. “Mkhwebane rejects with contempt the claims … that she was flagged by international banking institution, HSBC, as having financial links to the Gupta family,” Mkhwebane’s spokesperson Oupa Segalwe said. According to the OCCRP investigation, Mkhwebane received a payment of more than $5,000, which was paid into her FNB account in June 2014. “Adv Mkhwebane would like to place on the record the fact that she heard for the first time from the OCCRP last Thursday that she had been flagged. HSBC has never brought this flagging to her attention and she has absolutely no links with the Guptas,” Segalwe said. Mkhwebane had been a target of “dirty tricks” and this was “yet another example of the onslaught”.

Six seemingly armed men robbed a McDonald's and its customers in Bruma, Johannesburg, on July 18. Police are searching for six suspects. 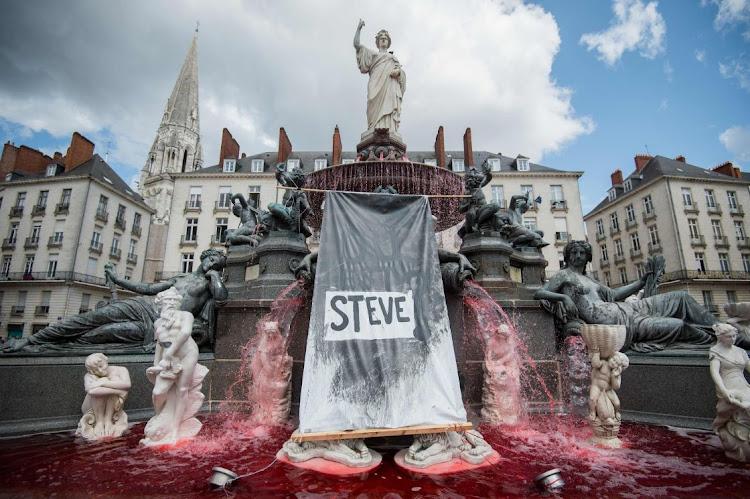 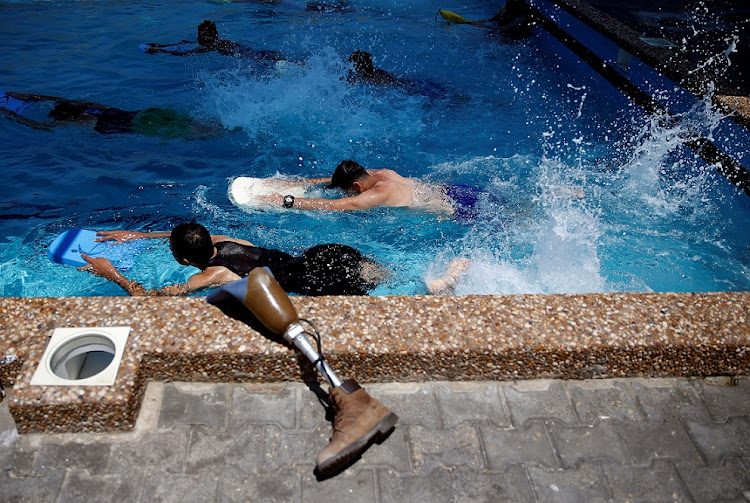 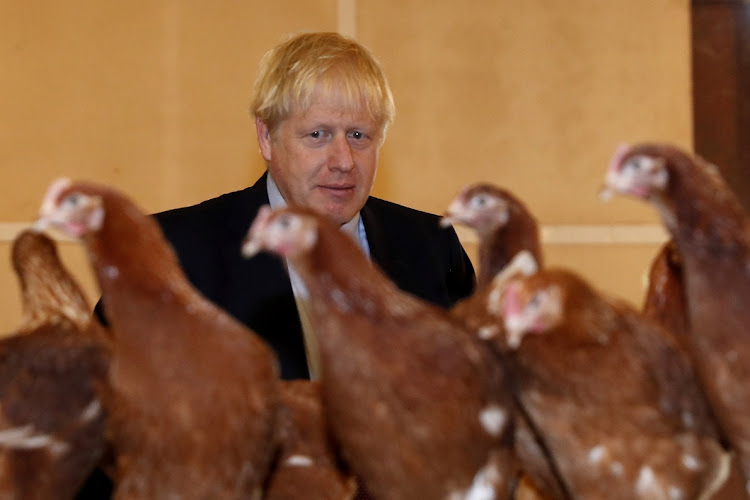 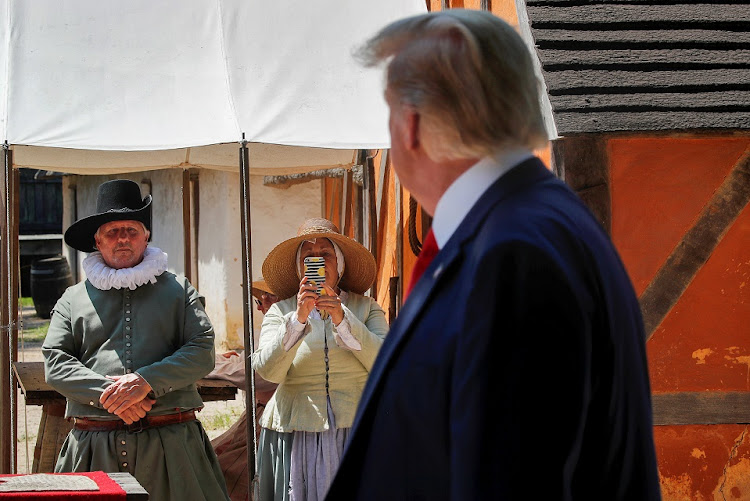 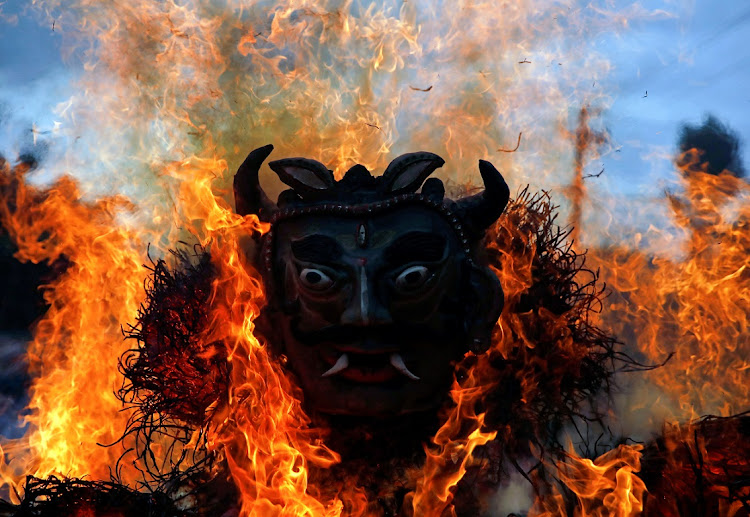 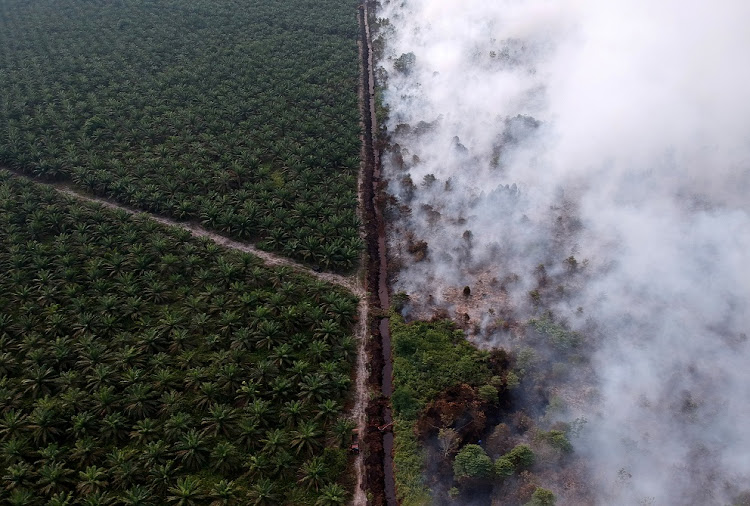 Death without question: this is justice in Sisi’s Egypt

Just what is the deal with Trump and A$AP Rocky’s trial in Sweden?

The president even sent a top lawyer to keep an eye on the rapper's assault case. Oh, and Kanye's involved, too

Harry is not kidding around – he wants two children, ‘max’

In an interview, he also tackles the ‘unconscious’ racial bias against Meghan

Dark clouds: nature words are losing their net worth thanks to tech

From cloud to stream, the language of the natural world is being overtaken by references to technology

THE PROPORTIONS ARE CRYSTAL CLEAR A ballerina dances at the Louvre pyramid in Paris.
Image: Lionel Bonaventure/AFP

The mother of a ‘thoughtful’ US teen detained in Rome over the killing of a cop spoke of her shock as the suspect’s father arrived in Italy. Finnegan Elder, 19, has been charged with aggravated homicide along with friend Gabriel Natale-Hjorth, 18, for stabbing Mario Cerciello Rega. Elder has confessed, but says he mistook the plainclothes officer for a dangerous drug dealer and acted in self-defence. – AFP

Two rare southern white rhinos are pregnant at the same time at a zoo in Belgium, boosting efforts to save the endangered species. The news that both Elie and Madiba conceived after ‘natural’ relations with the zoo’s male rhino, came after a calf was born in San Diego zoo. There are about 18,000 southern white rhinos in the wild, but the subspecies is being rapidly exterminated by poachers. – AFP

The body of billionaire Indian coffee magnate VG Siddhartha was found by a river in India on Wednesday, a day after a letter revealed his concerns over deep financial problems and perceived harassment from tax authorities. The discovery by fishermen ended a two-day search for the founder of the Cafe Coffee Day empire, after he was last seen by his driver walking across a bridge in Mangalaru. – AFP

Israel has given rare approval to Palestinian homes in Israeli-occupied West Bank while also backing a large settlement expansion before a visit by the White House’s Jared Kushner. The approval is for 700 Palestinian homes and 6,000 for Israeli settlers. This could allow PM Benjamin Netanyahu to argue he’s making efforts in favour of Kushner’s long-awaited peace plan. – AFP

Iran’s defence minister said it was ‘normal’ for the country to test missiles as part of its defence research. This comes after Washington said Tehran had test-fired a medium-range missile last week. Brigadier General Amir Hatami stopped short of explicitly confirming the test. – Reuters

A boy, 3, has survived a fall from a sixth-floor balcony in southwest China after neighbours caught him with a large blanket. A video of Monday’s incident shows the boy clinging on to a slab and trying to climb back up on to the balcony while his feet kept slipping. Moments later, he lets go and falls on to a large, white blanket held open by onlookers. – AFP

BULL’S EYE: You can stock the odds in your favour, but it’s all luck

What investors want is not luck but proven ability, but it’s not that simple

Eskom stuck in a ‘death spiral’ with no end in sight

It's about to surpass its record R20.7bn loss, while there's no sign of the promised restructuring process

Old Mutual doesn’t want him no Moyo, but he rolled up anyway

Now, because of an appeal against Peter Moyo's reinstatement, 'he is in the building but he is not working'

For African designers, the best of times is now

The Lying King: did Beyoncé pinch from a local artist for her new video?

Jeepers sneakers! And you thought they were just smelly old shoes

Sotheby’s New York held its first sneaker auction last week, and the bids kicked the ball out of the park

Please, keep diddly-squat Div as far from the Kings as possible

No one can point out what he can actually bring to the tactical table. Besides, there are better coaches

Blast from the past: Atkinson kicks it up in Amsterdam