ANALYSIS: While the ANC squabbles SA screams towards a cliff

Instead of responding to the economic crisis, the party's NEC was consumed by internal disputes

Richard Mdluli is found guilty on four counts of intimidation, three of assault and two of kidnapping

What’s happened to the KZN sardine run? The answer is worrying

New research has tracked changes to what once was an annual Durban excitement, and has fingered a culprit

He fought for others at 104, but didn’t live to see his victory

His name means 'stand firm', and he lived up to it when he took up the cudgels for farm occupiers and labour tenants

Is it the money? Or the cosmic flip-flops? Why Juju might EFF off

What pressure? Here are the secrets to beating stress, whatever your age

The times are a-changin’ ... again – pop gets its protest mojo back

Apparently he'd been playing paintball earlier Pastor Timothy Omotoso and co-accused Lusanda Sulani and Zukiswa Sitho at the Port Elizabeth High Court on Tuesday. More alleged delaying tactics by the defence team for the controversial Nigerian have resulted in his rape and human trafficking trial being postponed for yet another day.
Image: Eugene Coetzee/The Herald

The trial of rape and human trafficking accused Nigerian pastor Timothy Omotoso and his two co-accused has been rolled over for a day in the Port Elizabeth High Court. The defence team is preparing arguments in the application to compel the state to provide further particulars to the charges against Omotoso. State advocate Nceba Ntelwa indicated the state would oppose the application. There are 97 charges against Omotoso, 60, Zukiswa Sitho, 28, and Lusanda Sulani, 36. A new trial was meant to start on Tuesday before Judge Irma Schoeman. It will now start on Wednesday.

Bag-snatcher ‘didn’t know’ it was full of dagga

An opportunistic bag snatcher got more than he bargained for when he was apprehended by pursuing officers in Cape Town – who discovered the bag was stuffed with dagga. Law enforcement spokesperson Wayne Dyason said officers responded to a complaint about people being robbed on Delft Main Road and Olifant Street on Monday. The man was eventually caught by police after they spotted him running away from a woman whose bag he’d taken. "The officers opened the bag and found 10 parcels of dagga. The bemused officers turned to the suspect, who said he robbed the woman of the bag and was unaware of its contents,” said Dyason. The bag-snatcher and the bag owner were detained by police.

A man was killed while another three escaped when the water pipe they were fixing burst and caused the trench to fill, with one of the workers stuck inside. The incident occurred on the outskirts of Despatch in the Eastern Cape at midday on Monday. According to officials, the four men, working for a municipal contractor, were fixing the water pipe when it burst and the trench filled with water. Three workers were able to escape, but the body of the fourth man was recovered in the trench later nearly two hours later. Police said that while it is believed that the man drowned, an autopsy would be conducted.

By Tuesday morning R50,266 had been pledged to cover the cost of public protector Busisiwe Mkhwebane's legal fees. A group calling itself Democracy in Action said: "This is humbling because it comes from ordinary South Africans. We are still accepting donations, our target is R900k." The Constitutional Court delivered a judgment this month in Mkhwebane's bid to avoid paying a cost order from the high court. The court dismissed her application to set aside a 2018 high court judgment which ordered that she pay 15% of the costs in that case from her own pocket. This followed the remedial action contained in her 2017 Absa-Bankorp report‚ which found that Absa should repay R1.1bn to the Reserve Bank. Mkhwebane is personally liable for an estimated R900,000.

There are 49,000 fewer people employed in domestic environments, while the beleaguered mining sector is among the industries to have shed thousands of jobs. This is according to the latest Quarterly Labour Force Survey released by Statistics SA on Tuesday. Overall, the unemployment rate worsened from 27,6% in the first quarter of 2019 to 29% in the second quarter. The report states: "The number of employed persons increased in six of the 10 industries, with the largest increases recorded in trade (84,000), community and social services (48,000), construction (24,000) and manufacturing (9,000). However, employment losses were recorded in private households (49,000), transport (42,000), mining (36,000) and finance and other business services (21,000)."

The agriculture, land reform and rural development ministry says deputy minister S'dumo Dlamini is on sick leave after being admitted to hospital with a "severe headache". "In consultation with the family and the visits we have had we are pleased to inform you that he is recuperating very well, hence he tendered his apologies to the relevant authorities on all official engagements," ministry spokesperson Reggie Ngcobo said on Tuesday. "The family and his doctors request privacy while they are attending to him." 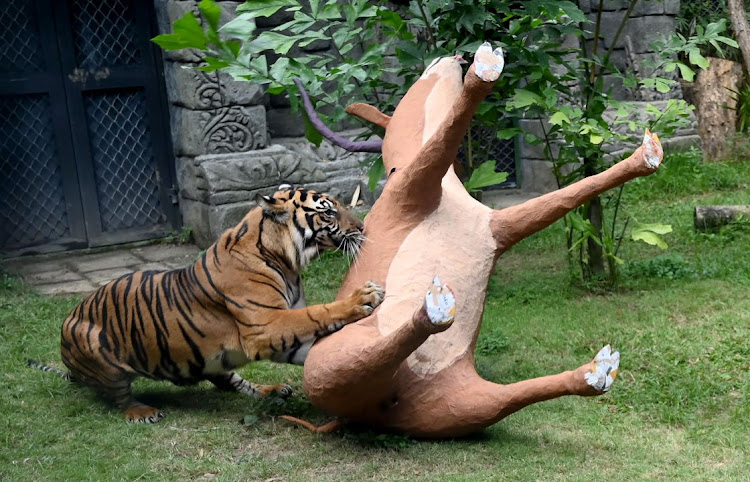 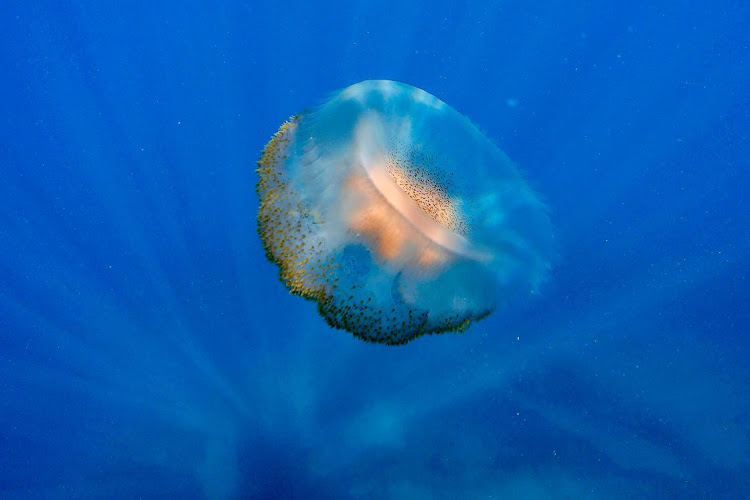 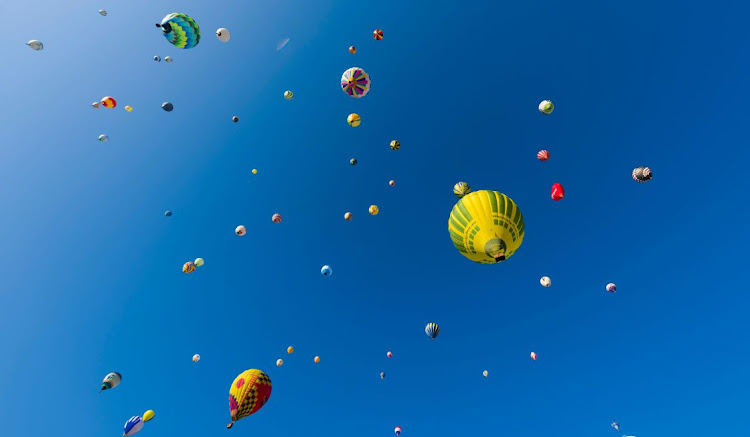 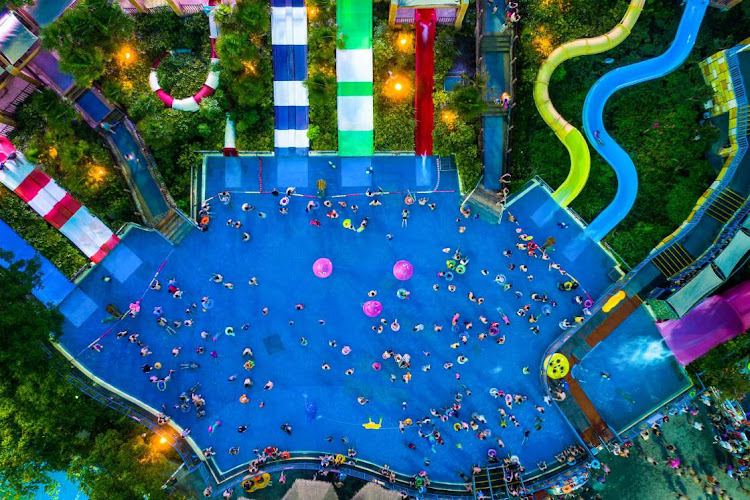 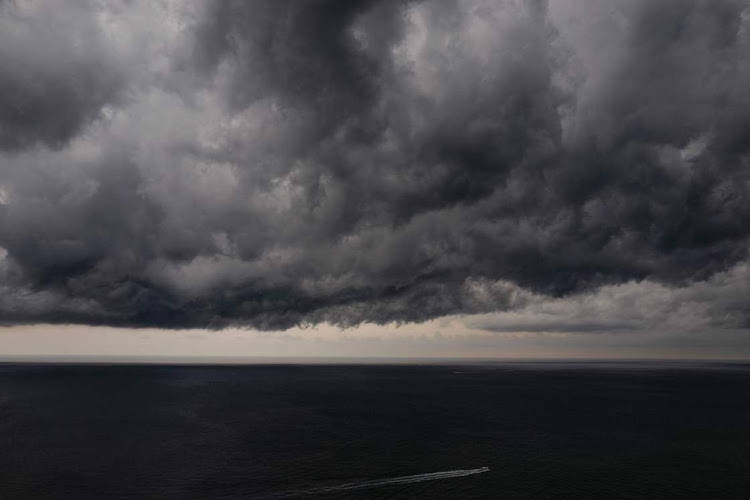 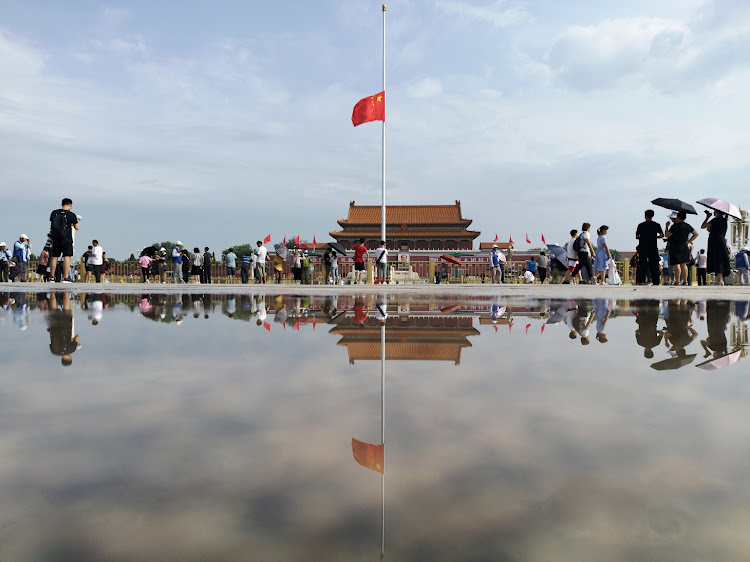 Never mind passive smoking, are you a victim of secondhand drinking?

We tend to think problem drinkers harm only themselves, but new research shows that’s simply not true

He maketh me to kick ass: why Jesus is the perfect comic hero

While conservatives shriek about ‘The Second Coming’, it shows that comics and Christ are a match made in heaven

IT’S TOO BRIGHT IN HEAVEN People who have escaped death lie in caskets and are carried in procession in rural Spain as a gesture of thanks for life.
Image: Miguel Riopa/AFP

Thousands of Maori people protested across New Zealand on Tuesday calling for an end to the practice of taking at-risk children away from their families, as tensions grow between the indigenous community and the government. Children facing harm have been moved into state care for decades despite criticism from many Maori people, who believe the process is racially skewed and a legacy of colonisation. Most of the children taken into state care are Maori. - Reuters

This promises to be the Queen of concerts

Legendary group Queen along with Adam Lambert will headline New York’s 2019 Global Citizen festival, an event aimed at drumming up support for preserving international aid to eradicate extreme poverty. Pharrell Williams, Alicia Keys, OneRepublic, H.E.R. and Carole King will also play the September 28 festival in Central Park. Taking place each year since 2012 as world leaders gather in New York for the UN General Assembly, Global Citizen distributes tickets for free to supporters who pledge to take actions such as sending letters to their governments in support of development aid. – AFP

Just the way they laksa it

A Singaporean engineering company has built a robot that can serve up a piping hot bowl of laksa, one of the city-state’s most well-known dishes, in just 45 seconds. The electric sous-chef, dubbed Sophie by its creators, can blanch noodles, add pre-cooked prawns and ladle spicy coconut soup - all with minimum spillage, at the rate of around 80 bowls an hour. “It’s excellent, I would say there’s no difference between the one created by the robot and human,” said Paul Yong, a guest at the launch event. - AFP

Ethiopia’s in a tree-planting frenzy

‘Birds and bees’ chats are a waste of time

The traditional “birds and the bees” talk fails to prevent teenagers having sex while underage, a new study suggests. A review of 30 years of research indicates that parental advice to young adolescents is likely to be less influential than peer pressure, perceived attractiveness and social popularity in determining when young adults first have sex. However, the analysis showed that such chats do tend to lead to better condom use and generally safer sexual practices. – Telegraph Media Group Limited (2019)

The soft drinks sector is a sustainable business, considering its target market

The company, now sustained by endless bailouts, is a drag on public finances

Invicta’s new CEO pick Joffe might be an inspired bet

Good old brandewyn en Coke is fine, but there’s so much more to brandy

Ever wondered about punctured plane windows? Here’s the hole story

Turns out they are there to keep us alive, and allow you to ponder a great, fog-free view

SPORTS DAY: Give Benni a bash at Bafana, says Khan

Irritation for Africa: CHAN is a big waste of time

Blast from the past: SA bowled out but Joan bowls us over