Why can’t the ANC solve anything? Here’s why

Was there really a purge at Sars? The truth is about to be revealed

Nehawu wants the review of disciplinary hearings to go back even further than 2014, the set cutoff date

Sick state of affairs: is the NHI flatlining already?

Poor data, no internet connections, no transport, overworked staff are but four of the many problems in pilot districts

In court papers, president lashes Mkhwebane for 'personalising' her attack on him

They cost R1.2m, they fight terrorism – and they’re doggone cute too!

These dogs may be expensive, but their ability to sniff out the smallest trace of explosive makes them worth every cent

Cyberattacks: No one is safe, not even City Power, say experts

Are you a struggling student? Don’t despair. Crowdfunders want to help you

Criteria for the funding are ‘more inclusive’ than a typical bursary fund, but students ‘assume they won’t qualify’

The deadly virus is still held in 14 countries, and an outbreak could all too easily occur. It's happened before

Car dealers have a lot of vroom for improvement. Can you protect yourself?

Many of them shamelessly ignore the law, so choose your dealership very, very carefully

Wine, winged hares, hanging penises: how to party like a Pompeiian

They wrote it this week: How Jagger kept his swagger, and a Nazi flu bug

A Ukranian man was robbed and fatally stabbed while walking on the scenic Chapman's Peak in the Table Mountain National Park in Cape Town at the weekend. The stabbing occurred at The East Fort, a listed heritage site. The 44-year-old came under attack at about 11am on Saturday. "Three suspects fled with his backpack containing personal effects. Members of the neighbourhood watch apprehended one of the suspects, a 25-year-old man, in possession of the stolen items," said police spokesperson Lieutenant-Colonel Andrè Traut. The suspect is due in court in Wynberg on Monday. Western Cape community safety minister Albert Fritz condemned the murder on Sunday, and said he intended to meet "the safety stakeholders of each municipality in the province to strategise on how we can further safeguard the Western Cape".

An internal investigation has found that there was no wrongdoing on the part of Johannesburg metro police officers after a video surfaced earlier month which showed officers restraining a woman during a blood test. The City of Johannesburg initiated an investigation into whether excessive force was used by police officers following the video. The video showed the woman being restrained by a JMPD officer while another person, purported to be a nurse, appeared to prepare to draw blood from the woman. Johannesburg public safety MMC Michael Sun said on Sunday an internal investigation found the officers had acted within the course and scope of their duties.

A South African and a Zimbabwean working for Canadian gold mining firm Banro have been kidnapped in DR Congo’s restive east, an army spokesperson said on Saturday. The incident occurred on Friday morning in the province of South Kivu bordering Rwanda and Burundi. “The Banro officials were ambushed by armed bandits on Friday at 10.30am between Salamabila and Kitindi in the Maniema region,” Captain Dieudonne Kasereka, regional army spokesman, told AFP, adding that it was in an area where rebel militias operated. “Some sources speak of four officials kidnapped but the report we have is that a South African and a Zimbabwean were kidnapped by rebels active in the region. The army has been hunting for them since yesterday.” . Their vehicle had been burnt by the kidnappers.

Police in partnership with the Filming and Publication Board (FPB) have destroyed more than 200,000 illegal DVDs, most of which contained pornographic material. The DVDs were being sold on the streets and at taxi ranks in Johannesburg, said police spokesperson Colonel Lungelo Dlamini. "The destruction process is conducted to prevent the seized material from finding their way back to the (informal) market." The items were seized during “Okae Molao” operations and were destroyed at the weekend at Clayville. Maria Matebang, acting CEO of the FPB, said clamping down on illicit trade helped support local content creators by ensuring the potential economic outflow of their work was not lost to piracy.

Former Western Cape premier and former leader of the Democratic Alliance Helen Zille will add her voice to the Institute of Race Relations’ (IRR) campaigns, including its bid to stop expropriation of land without compensation. The IRR announced on Sunday that Zille had joined the research and policy organisation as a senior policy fellow. “We must defeat the racial nationalist and neo-Marxist ideas that threaten the future of every South African. The IRR provides a platform for all concerned South Africans to contribute to this battle of ideas by doing three things – namely, uniting the middle; protecting property rights; and promoting individual freedoms,” Zille said.

An application for the business rescue of South African Airways will be brought by Solidarity, as part of a tax protest campaign it is launching. This protest includes at least six legal actions against state enterprises, the civic group said in a statement on Sunday. “It is time that taxpayers turn to active and lawful tax protest. South Africa must discover the power of tax activism. We’ve already had a taste of it with the e-toll protest. Tax protest does not have to include the withholding of tax. Taxpayers can unite across traditional barriers, making use of legal instruments to call the state and tax plunderers to account,” said Solidarity chief operating officer Dirk Hermann. The business rescue application would be lodged against SAA and public enterprises minister Pravin Gordhan. 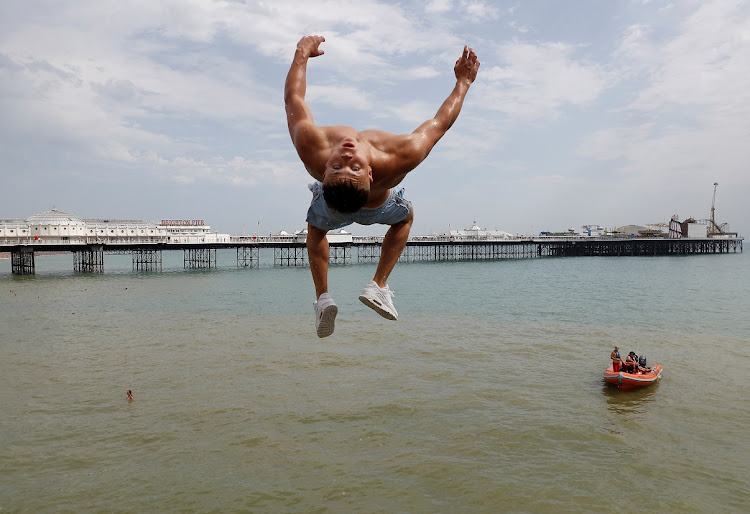 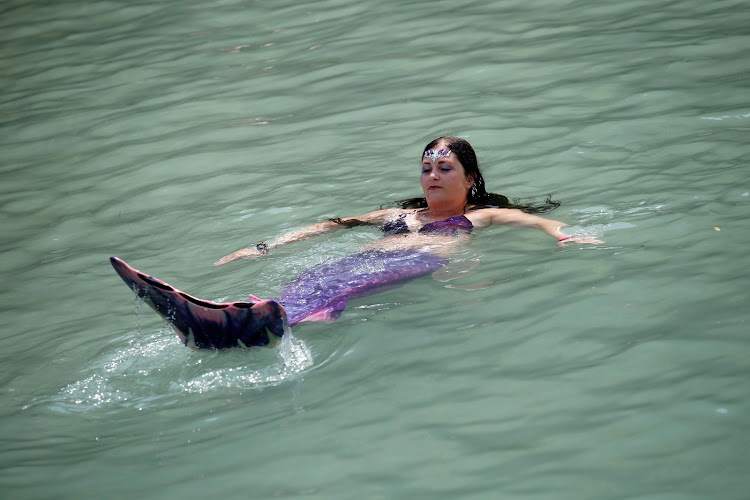 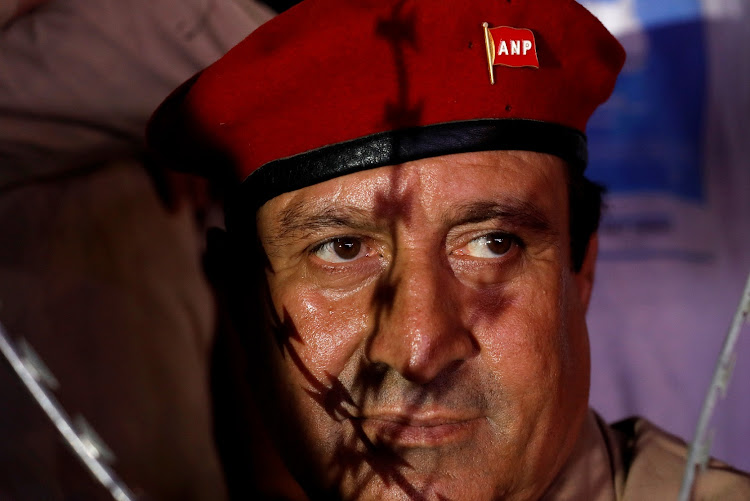 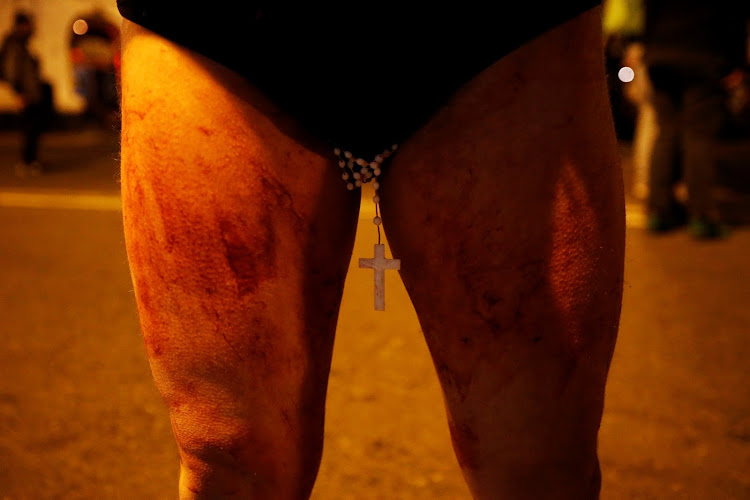 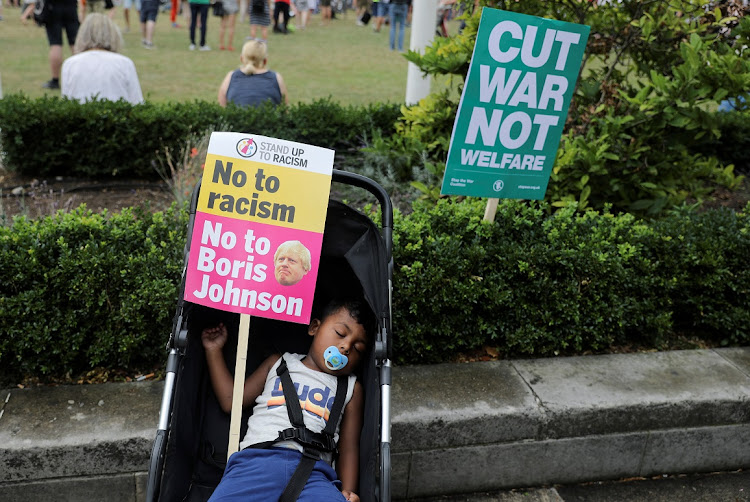 Area 51 alien hunters might want to rethink their nutty plan

As locals scramble to weather the onslaught of UFO obsessives, there are a few nasty surprises in store for the latter

It is a vanity must-have for the jet set, but animal activists warn that it is fuelling a cruel trade

Italian Dialta Orlandi is about to get the art collector's £800m estate, his art and a sumptuous villa

A MOTHER’S LOVE Madelen and her daughter Sophia, from Venezuela, turn themselves in to law enforcement to seek asylum near Mission, Texas.
Image: Reuters/Loren Elliott

For centuries, the British royal family have rubbed shoulders with their neighbours in Windsor. However, now people living on the Windsor estate have been upset by a list of “dos and don’ts” issued by the Duke and Duchess of Sussex. They have been instructed not to approach the couple or speak to them, not to ask to see Archie, their 11-week-old son, or pat or offer to walk their two dogs. One local said: “It’s extraordinary. We've never heard anything like it. Everyone who lives on the estate works for the royals and knows how to behave respectfully.” – Telegraph Media Group Limited (2019)

No more swearing in this Italian town

A northern Italian town has had enough of people taking the Lord's name in vain and those who do will be fined up to €400 for blasphemy. The city council of Saonara has introduced a law making it illegal “to blaspheme against any faith or religion” and utter foul language in public. The mayor said the move was designed to get rid of uncivilised behaviour. – Telegraph Media Group Limited (2019)

Fifty-five pieces of rhino horn were found encased in plaster at an airport in the Vietnamese capital, authorities said on Sunday, as the country tries to crack down on sophisticated wildlife smuggling routes. The parts were found the same day police arrested a key wildlife trafficking suspect and two other men after seven frozen tiger carcasses were discovered in their vehicle in a parking lot. – AFP

Abortion could soon be decriminalised across Australia, with the last holdout state set to consider a new law this week that would remove terminations from the criminal code. Under legislation dating back to 1900, women in New South Wales who have abortions and their doctors can be sentenced to up to 10 years' imprisonment. A new bill that will overturn the “archaic”” law will come before the state's parliament this week and has support from across the political spectrum. - AFP

For 250 years it has graced the shelves of British manor houses and stately homes, its pages offering comfort and confirmation to aristocrats as to their rightful place in society. But now the nobility will now have to turn to their laptops or tablets for similar reassurance. Debrett’s is to stop publishing the printed version of “The Peerage and Baronetage”, which will now be produced in digital form only. The high cost of printing and distributing the 3,000 page tome has forced the publisher to abandon the print edition of the longstanding reference book. – Telegraph Media Group Limited (2019)

Faye Dunaway has been fired from a Broadway-bound play following claims about her behaviour behind the scenes. The New York Post, which broke the story, likened Dunaway to the version of Joan Crawford that she played in the film “Mommie Dearest”, alleging that she had been abusive to crew. Audience members also noted that Dunaway, 78, stumbled over her lines. – Telegraph Media Group Limited (2019)

The treasury will try to fix it, but the SOE rot will deepen and the state will become more grossly inefficient

Hosts on the platform keep 97% of the money they earn, and that gets spent locally, the company says

Apple keeps its i on other prizes as phone sales dwindle

Healthy eating is taking off, but limited budgets bite

More people have healthier intentions when eating out, but often they 'revert to what they know'

The bottom of the bottle: how many drinks are too many?

We make excuses for how much we drink, but the truth hurts

Testosterone is a boon for women – you can bonk on it

Usually thought of as a male hormone, it also plays a key role in women's health, a study reveals

SPORTS DAY: Waddell’s gold moves him up in the world

My job’s a rough-sailing racquet, with the occasional Mick Jagger

Watching sport and reporting it are starkly different, and this is why you can't hide in my luggage

Blast from the past: Siza falls, but Cameron is golden