The best place to be sick: SA’s top private hospitals (sort of)

A list has been made of the best private hospitals in the country, but it’s missing some crucial information

Please, ANC, just dump Eskom while you can. If you don’t, SA is doomed

SOEs are too far down the drain to be saved. They'll have to be ditched in the end, so why not get it over with now?

Cold? What cold? These E Cape locals weather the worst of winter

Dying animals, burst water pipes and upended trucks are all in a day's work in the coldest place in the country

Till the cows come home: Vrede farmers won’t back down

The curious case of the cow in the road

Businessman wants company to pay damages after he hit the animal late at night, but the latter is having none of it

Clean, green and slimy – that’s energy on the bubble for SA

With child abuse, spirituality is a double-edged sword

Churches provide hope and strength for victims, but all too often they are where the abuse actually takes place

How camera-toting tourists can help save wildlife

Hijacked by student protests, bedevilled by tribalism and leeched of resources, they are no longer places of study

Current trend: why Nikola Tesla was the coolest scientist

Government regulators are scrambling to rein in the online giants

RICE ABOVE IT ALL A performer suspended above a giant pot throws rice noodles into it at a theme park in Guilin, a city famous for its rice noodles, in China.
Image: Reuters/Stringer

A Pietermaritzburg primary school has suspended lessons to conduct a "deep sanitisation" of its classrooms following confirmed cases of the H1N1 virus. Deccan Road Primary School governing body chair, advocate Rumen Maistry, said on Wednesday three children had tested positive for the virus. A nine-year-old Grade 3 pupil, Giselle Chetty, died last week following flu-like symptoms. Since children cannot be in classrooms because of the chemicals being used to clean, they are being housed in another part of the school. Maistry said that following Giselle’s death only 350 pupils out of 1,097 had attended school since Monday. "We are not telling parents to keep their children at home but we have informed them that teaching cannot go on as most children are at home," he said. Meanwhile, Merchiston Preparatory School in Pietermaritzburg confirmed one case of H1N1.

Three unions representing about 5,000 workers at SANParks have declared a dispute with their employer after failing to reach an agreement on wage increases. The staff include field guides, petrol attendants, receptionists and hut attendants in all of the 21 SANParks-run parks. The Health and Other Services Personnel Trade Union of SA (Hospersa) said it had declared a dispute with SANParks following protracted wage negotiations, which began in May. The National Education, Health and Allied Workers Union and the National Union of Public Service and Allied Workers were joining the dispute. At a meeting last week the unions reduced their increase demand to 11.5% and SANParks made a final offer of 5.5%. “We declared a dispute with the employer,” Hospersa spokesperson Kevin Halama said. A strike was possible, he said.

Cape Town's dam levels leapt by 8.6% as a result of Tuesday's downpour. Runoff from catchment areas over the next days and weeks will boost them even further - and a lot more rain is forecast for the next two weeks. On Wednesday, dam levels were measured at 69.6%, with a total of 624,755 megalitres in the city's six main storage dams. This was almost 50,000 megalitres more than Monday's measurement. This time last year dams were at 56.3%. Last week, the city used 557 million litres a day. At that rate, the increase in dam levels in the past two days will supply Cape Town for about 89 days.

A man who believed in "corrective rape" for lesbians has failed in an appeal against two life sentences. Zabathini Jonas, from Petrusville in the Northern Cape, twice raped a 24-year-old woman, and told a magistrate in Philipstown that he wanted " to correct homosexual girls". After being convicted and jailed, the 30-year-old father of two appealed to the High Court in Kimberley. Judge Violet Phatshoane sent him packing last week, saying what he had done was "quite repulsive and unpardonable". She added: "The so-called corrective rape is evil and cannot be countenanced." Jonas was 25 when he raped the woman in 2010.

SANParks rangers found 119 vulture carcasses next to a poached buffalo last Wednesday in the Vlakteplaas section of Kruger National Park. SANParks spokesperson Ike Phaahla told TimesLIVE the carcasses were probably a week old when rangers discovered them on July 17. The poachers cut out the meat from the buffalo and laced the rest of the carcass with poison. SANParks is investigating. Phaahla said poachers sometimes poisoned carcasses to “conceal their criminality to give themselves enough time to escape”. The carcasses are being investigated to establish the type of poison used. Since Saturday, Kruger rangers have arrested nine alleged poachers with heavy-calibre hunting rifles, ammunition and poaching equipment.

Chaos again erupted at the University of KwaZulu-Natal's (UKZN) Westville campus on Wednesday following a spate of protests by students. In a video circulating online, plumes of black smoke can be seen emanating from near the Oval Residence, opposite the Sports Management Centre. It is understood that the students set alight a furniture storeroom that is separate from the student residence. No one was injured in the fire, which is believed to have started at about 2pm and has since been extinguished. The extent of the damage to the building is not yet known. The university said groups of protesting students caused disruptions on the Westville and Howard College campuses on Wednesday. Campus security and SAPS were monitoring the situation.

A resident of Strandfontein, Cape Town, caught a man trying to break into his house with a crowbar on Tuesday. After a white Toyota taxi arrived at his house for a second time in one day, the man became suspicious and started filming. 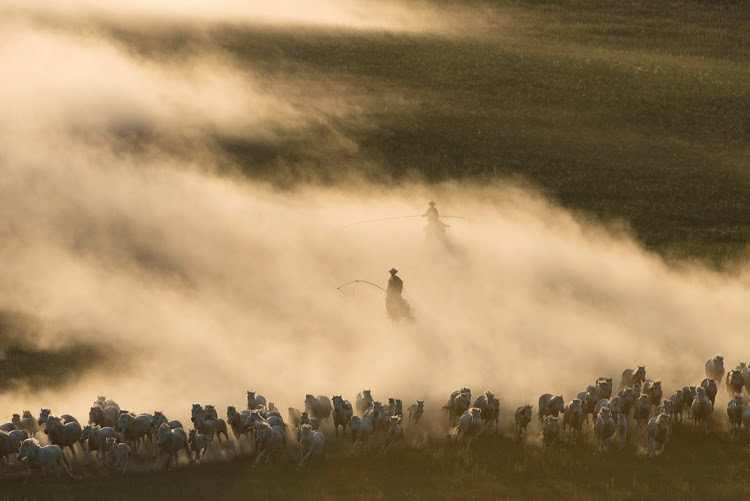 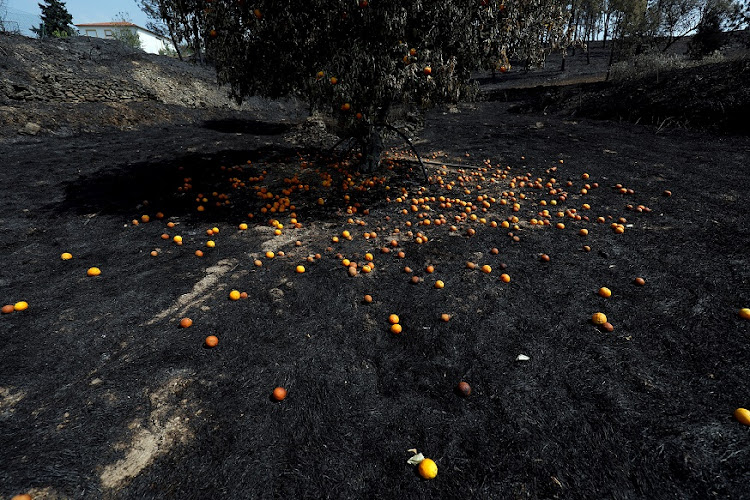 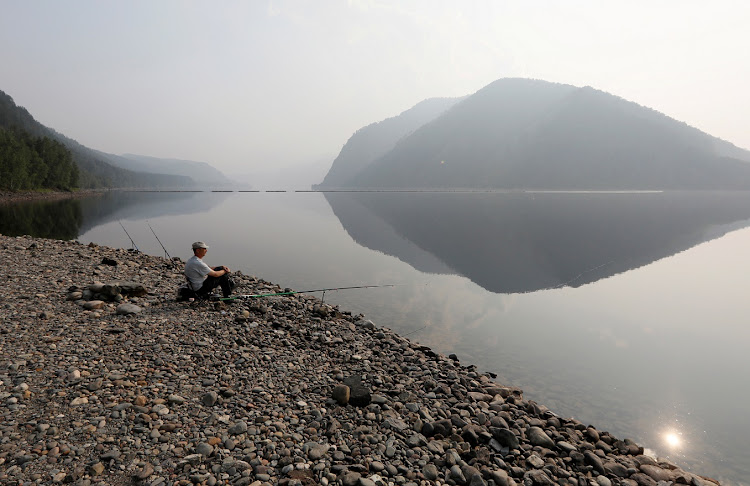 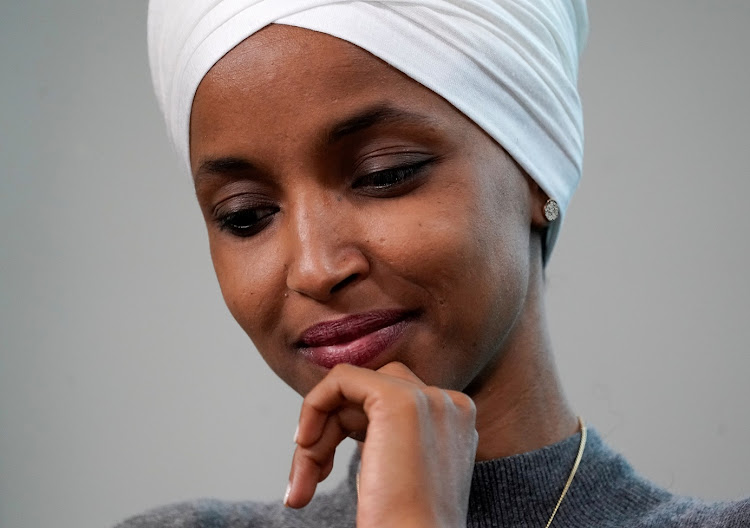 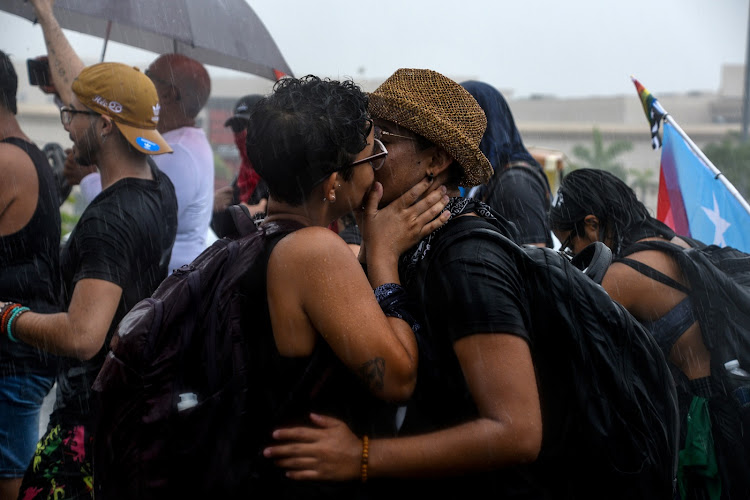 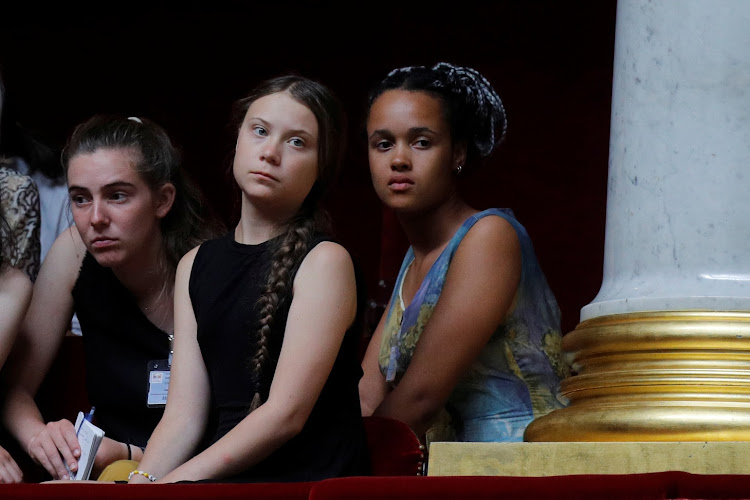 How the vile lies of a paedo fantasist destroyed innocent men

Why was Carl Beech, whose claims of abuse and murder rocked the UK establishment, believed for so long?

Small bags of the insects hung on plants in over 30,000ha of greenhouses spell doom for parasites

What up in Downing Street as Boris’s girlfriend moves in?

The Conservative leader is the first ‘Love, Actually’ prime minister

Both male and female pupils will be allowed to wear skirts at a school in Taiwan after it announced plans to drop gender-specific uniforms on Wednesday, a move LGBT+ campaigners said was a boost for gender equality. The change, a rare move in Asia where traditional values often prevail, came after male pupils and teachers at Banqiao Senior High School near Taipei donned skirts in May during a week-long campaign seeking to break down gender stereotypes. - Thomson Reuters Foundation

Europe on a slow train to Hades

Trains were slowed down and holidaymakers flocked to swimming pools, beaches and lakes in western Europe on Wednesday as another heatwave set new temperature records. A host of French cities saw their highest levels since records began on Tuesday, with Bordeaux recording 41.2C, beating the previous high of 40.7C registered in August 2003. – AFP

Malaysia's former king has divorced a Russian ex-beauty queen just months after news of their wedding emerged and he abdicated in a first for the country. The former Miss Moscow, however, says she is still married to Sultan Muhammad V, and has continued to post pictures of the couple on social media. The sultan stepped aside as Malaysia's monarch in January after just two years on the throne when reports of the marriage surfaced last year. - AFP

Now you can eat chocolate without guilt

Cadbury's has launched a diet Dairy Milk chocolate bar in the first recipe change since 1905, with lower sugar Jelly Babies and Oreos to follow. The new version of the classic bar containing 30% less sugar is part of industry efforts to respond to the obesity crisis. Cadbury owner Mondelez International has described the new bar as the “most significant innovation in the brand’s history”. – Telegraph Media Group Limited (2019)

Nothing fishy about this bowel cancer find

Eating three portions of fish a week significantly lowers the chances of bowel cancer, a major new study suggests. Data from nearly half a million people showed a 12% lower risk among regular fish eaters of the common form of cancer. Both lean and oily fish were associated with a reduction in colorectal cancers. However no link was observed in the case of shellfish. – Telegraph Media Group Limited (2019)

Heathrow passengers were forced to take their summer holidays without their luggage due to a glitch in the carousel system. Numerous flights took off on Tuesday afternoon without their passengers' luggage as a technical error saw chaos in Terminal 2. The incident comes as strikes planned by more than 4,000 workers at Heathrow airport are set to take place on Friday and Saturday. – Telegraph Media Group Limited (2019)

Vunani’s on the move, and it’s only looking up

Fear and clothing: Right ho, Bo, here’s a sartorial swipe at a scruff

Ants in her bell-bottomed pants: the style secrets of Guiyani Monteiro

Weave had enough: If you ban my do, you’ll hair from me in court

Euro-flop Baxter must go. We’re just waiting for the Benni to drop at Safa

Blast from the past: Bok rot sets in against France