Amid attempts to rattle his presidency, he's stuck to the party-unity line, leaving him vulnerable and his agenda shaky

Sorry if it’s a bumber, but it isn’t Carl and Busisiwe in that pic

Both Zuma's chief fart catcher and our protector deny it's her in the photo, and I couldn’t agree more. Here's why

And in an overcrowded field of contestants for the gold medal in mendacity, the winner is Busiswe Mkhwebane

Five people, including two small children and a baby, killed as fire rages through Meyerton home

Once the implant is removed after 12 weeks, the preventative drug stays in the body for a year

It’s full colours for Athol Williams, but a fail for the rainbow nation

A grief like no other: what my daughter’s death at 21 taught me

Amelia's shock death from epilepsy left her family reeling. This is how they tried to put their lives back together

Life on a plate: how to eat healthily in every decade

NIGHT BUS People ride in a bus during a blackout in Caracas, Venezuela.
Image: Reuters/Manaure Quintero

The Passenger Rail Agency of SA (Prasa) is investigating after two men stole an empty commuter train and took it for a joy ride. The men stole the train from a depot in Umkomaas, south of Durban, and drove it nearly 12km to Umgababa on Friday night. It was reported that the train had been staged (temporarily stopped) when pair made their way into the driver’s cab. How they got into the train and how they managed to commandeer and drive it for 12km without incident has left the authorities baffled and red-faced. Prasa spokesperson Zama Nomnganga said the incident was "sensitive" and under internal investigation. “It was irresponsible of them. This is not a PlayStation. They could have had a head-on collision and they could have killed people, or they could have derailed the train,” said Nomnganga.

KwaZulu-Natal co-operative governance and traditional affairs (Cogta) MEC Sipho Hlomuka has called for an urgent probe into what was described as an explosion at the Pietermaritzburg City Hall on Monday. Panic and pandemonium broke out in the hall on Monday when what is believed to be a stun grenade was detonated. Hlomuka condemned the incident, which occurred shortly after Cogta-appointed administrator of the beleaguered Msunduzi municipality, Sbu Sithole, had presented a confidential report. "This is an act of terrorism, pure and simple. What happened in Pietermaritzburg has no place in a civilised society," said Hlomuka. KZN police spokesperson Capt Nqobile Gwala said the explosives unit was summoned to the scene. "Nothing was found and no case was opened. No injuries or damage were reported," said Gwala.

A sexual assault case against a former Bryanston High School sports coach has been postponed to allow him to make representations to the director of public prosecutions. The 33-year-old was dismissed from the school on March 1 following a disciplinary hearing at which he was found guilty of sexually harassing three pupils, as well as financial mismanagement. He appeared in the Alexandra Magistrate’s Court on Tuesday and the case was postponed to September 26.

A private ambulance service, Emer-G-Med, says one of its employees was involved in a "vicious attack" by another ambulance worker. The incident occurred on the R55 in Midrand on Monday afternoon after two ambulance providers were summoned to the scene of an accident involving several vehicles. Emer-G-Med said its team treated several people. "While one of our intermediate life-support members was actively treating a patient, he was viciously assaulted by what appears to have been an ambulance driver of a small ambulance service. "Our advanced life-support paramedic intervened, removed our ILS member out of harm's way and continued rendering emergency care to injured patients," it said. The injured medic, who has not been identified, was taken to hospital. Emer-G-Med rejected a claim that its medic had stabbed the ambulance worker. Attempts to reach the other ambulance service were unsuccessful.

A nine-year-old Pietermaritzburg girl has died after contracting the H1N1 virus, her school said. The National Institute for Communicable Diseases (NICD) said there was no reason for parents to panic and that H1N1 was not the same as the deadly swine flu that swept through India in 2019. Giselle Chetty was a Grade 3 pupil at Deccan Road Primary School. In a letter sent to parents on Monday, the school said it had consulted a specialist physician for advice following the child's death. The NICD noted several recent media reports of outbreaks of "so-called swine flu in schools". It said: "The term 'swine flu' is an incorrect term as this refers to a disease of pigs," it said.

Estina beneficiaries ‘duped out of cash’

The state capture inquiry on Tuesday heard how intended beneficiaries of the controversial Estina dairy farm project were duped by senior government officials in the Free State. One of the intended beneficiaries, a Vrede small-scale farmer, Ephraim Dhlamini, described two years of frustrating to-ing and fro-ing between the group of farmers and the government - which eventually resulted in them not receiving a cent from the project.

It's a jungle out there on the streets of Johannesburg. First it was a baboon jumping over roofs in Northcliff, now a leopard has been caught running around Benoni. 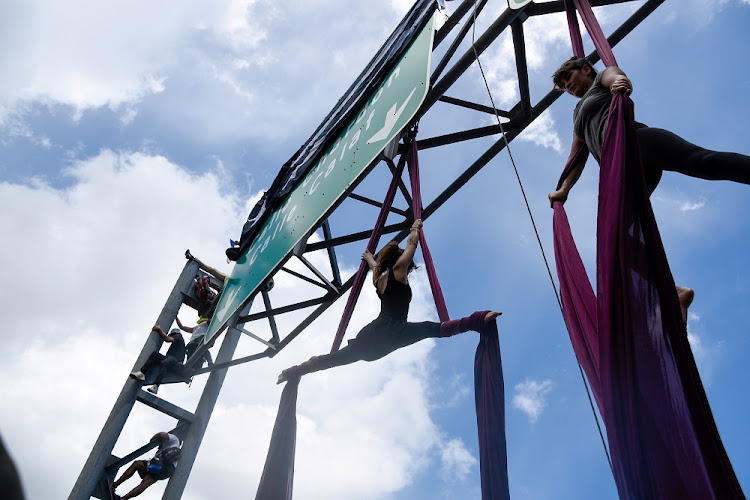 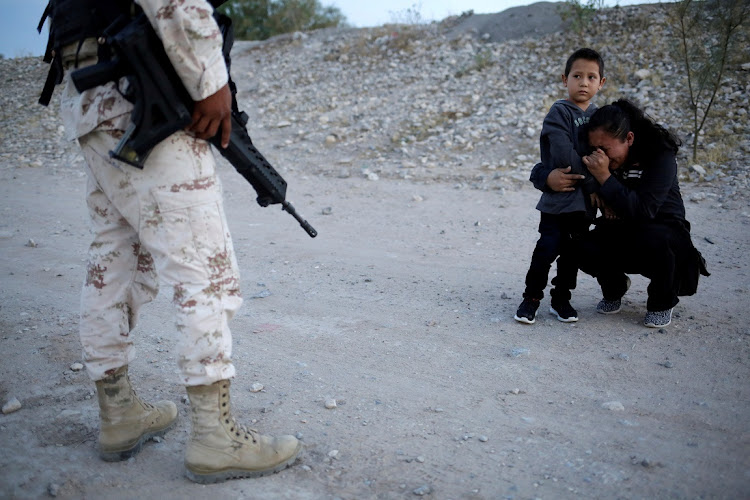 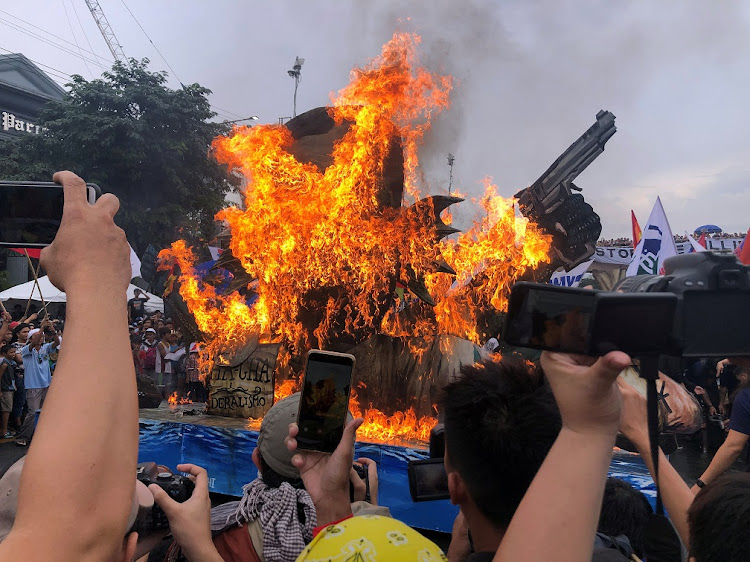 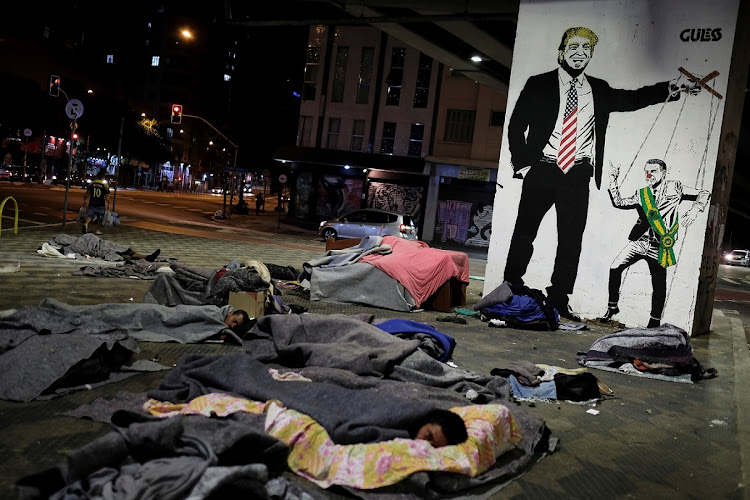 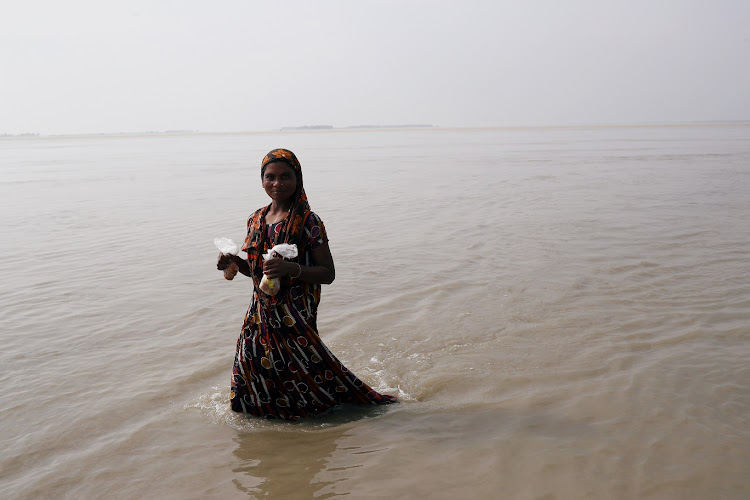 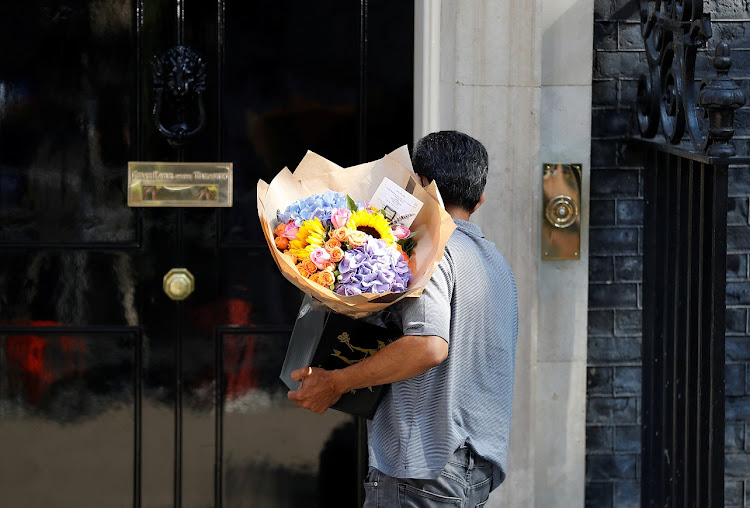 The big white lie: what the UK has saddled itself with in Boris Johnson

The new prime minister's career is littered with lies, gaffes and missteps. Here are the standout ones

By Belenos! Grave of real-life Asterix found in West Sussex

How did the dad keep his mojo? He told even mo’ jokes

They’re notoriously unamusing, so who finds dad jokes funny, and why do they?

Afghanistan President Ashraf Ghani said the US should clarify remarks Donald Trump made that he could easily win the war but didn’t ‘want to kill 10-million people’. Trump made controversial statements alongside Pakistan PM Imran Khan at the White House, including that he had plans to ensure a speedy end to the Afghan conflict, but which would wipe the country ‘off the face of the Earth’. – AFP

Oh baby, there goes the ‘Justin Bieber of ecology’

Swedish teenage climate activist Greta Thunberg hit back at critics as she visited the French parliament. Thunberg, 16, is to speak to MPs at the National Assembly and then attend debates in the main chamber as a guest of honour. Many conservatives have criticised the invitation, dismissing her as ‘Justin Bieber of ecology’. – AFP

Indonesia plans to close the island of Komodo to the public next year in a bid to conserve rare Komodo dragons, the largest living species of lizard. The island is visited by more than 176,000 tourists from all over the world in 2018. Even after the closure of the islands, others that are home to Komodo dragons will stay open. – Reuters

Toxic cycle: Sri Lanka to send back the trash

Sri Lanka customs ordered the return of container loads of hazardous clinical waste illegally imported into the island from Britain under the cover of metal recycling. Customs officials said the racket dating back to 2017 was uncovered after the Colombo port complained lthat an importer had abandoned 111 containers that were giving off a huge stink. – AFP

Vietnam to turn the page Facebook-style

A social network was launched in Vietnam following calls by the government for domestic tech companies to create alternatives to Facebook and Google. Gapo, a mobile app that lets users create personal profiles and share posts to a ‘news feed’, has received $21.55m in funding from tech corporation G-Group. Gapo plans to reach 3 million users in 2019 and 20 million by January 2021. – Reuters

Booked for a prison riot? Not so fast

Cameroon’s security forces put down a riot by prisoners in Yaounde, who were protesting against their incarceration. The rioters, many of them government opponents, filmed their protest to post on Facebook. Several inmates were injured, including former prime minister Inoni Ephraim and ex-minister Urbain Olenguena Awono, who were targeted by other inmates. – AFP

Spenders are ‘running out of steam’ and it might shelve growth

This is what the Eskom bailout really means for SA

Tito Mboweni has some depressing news to pass on to us

Mining is not dying – you simply need to dig deeper

Here's a new handpicked range of tipples, from tequila to wine, to add to your collection

Popping the cork on travelling by hot air balloon

The Spirit of 1743 graces the skies of Southern Africa

SPORTS DAY: It’ll be tough but Chad vows to fight for medal

Rassie’s All Blacks gamble can pay off big time, but the risks are huge

It seems he's put a lot of emphasis on beating NZ, but the potential pitfalls appear to outweigh the benefits

Blast from the past: SA silver is thanks to stumbling Italian