While Zuma lies and giggles in front of Zondo, the noose is tightening

He can joke, play the victim and make up nonsense about spies all he likes, his day in court is coming

‘We IDed the Facebook killer after his first murder, but cops ignored us’

President insists he didn't benefit personally from CR17 donations, and besides, he didn't have to disclose them at all

Freedom at stake if laws aren’t kept in check

A slip smaller than insurers’ fine print can ruin everything

Hindu temple vows to slay the ‘monstrosity’ next door

The temple council claims it wasn’t consulted, but developers and the Bay metro say the law was followed

Neonaticide – killing a baby within 24 hours of birth – is rife, but the solution is not as simple as prosecution

Is your kid a dandelion or an orchid? Here’s how to tell

Beyond yelp: why collies top the list of naughty dogs

These are the breeds most likely to be naughty, but it's worth noting there are many reasons a dog is 'badly behaved'

They wrote it this week: A cynical soldier and a gay grand duke’s guilt

WHAT REMAINS Workers pray inside the remains of a mosque, said to be be one of the world's oldest, in the outskirts of the Bedouin town of Rahat, Israel.
Image: Reuters/Amir Cohen

Hospital on lockdown amid bomb threat

Chaos erupted at a Durban hospital on Sunday following a bomb threat. The hospital, in Hillcrest, west of Durban, became an active crime scene after reports of a suspicious parcel inside the building. According to reports, a state of panic was cast over the private hospital as staff were ordered to remain in wards until police arrived at the scene. Provincial police spokesperson Lt-Col Thulani Zwane confirmed the incident and said a case was opened. "Police attended a complaint of a bomb threat at Hillcrest Hospital. A suspicious parcel was searched and it was negative," he said.

Monday is the last day to apply for admission for Grade 1 and Grade 8 at Gauteng schools. Online applications for these grades for 2020 close at midnight. The Gauteng education department has warned parents who have not yet applied for their children to do so before the deadline. MEC for education Panyaza Lesufi said on Sunday the department recorded the highest number of applications for admissions for 2020 when the system went live in May, with a total of 220,802 applications received for grades 1 and 8.

A police officer was shot dead and two others were injured while on duty in Delft, Cape Town, at the weekend. "Delft police performing crime prevention duties in the area came under fire in the early hours of this morning [Sunday], resulting in the death of one and serious injury to two other police members," said police spokesperson FC van Wyk. He said the suspect fled the scene but was apprehended after he allegedly shot at a second patrol vehicle. He was injured during the shootout and was under police guard. "A firearm was seized. Fellow members [officers] from the station are still receiving trauma counselling," Van Wyk said. The name of the 32-year-old police official who was killed is being withheld until his family has been informed.

A Gauteng driver and owner of a private ambulance company are set to appear in court on Monday on reckless driving and fraud charges. Traffic officers stopped an ambulance that was allegedly driving recklessly on R562 in Olifantsfontein on Friday evening. Law enforcement agencies also discovered that the driver did not have a professional driving permit. "The driver attracted the attention of traffic officers when the ambulance was observed cutting in front of traffic dangerously. The driver failed to stop when instructed to do so and other traffic officers had to be called before he was eventually handcuffed," Road Traffic Management Corporation spokesperson Simon Zwane said. The owner of the ambulance was arrested when he arrived at the police station to check on his driver. "He was will be charged with fraud because of the operator’s permit displayed on the vehicle was invalid.”

Millions of mobile phone subscribers and businesses were left stranded as power cuts in Zimbabwe had their biggest mass effect at the weekend. Econet Wireless - with a subscriber base of at least 10 million people and with control of 90% of mobile money transfers - failed to power its generators on Saturday during 14 hours of load-shedding. “Our network operations centre failed to kick off following a Zesa power outage,” said Econet. People could not transact through the Ecocash mobile money platform until around midnight when electricity was restored. Data services on Econet and voice calls were also unavailable. Industry sources have said mobile operators were contemplating “downtime” for their base stations for at least eight hours per day, since they cannot afford to run them using diesel-powered generators when fuel is scarce and expensive. 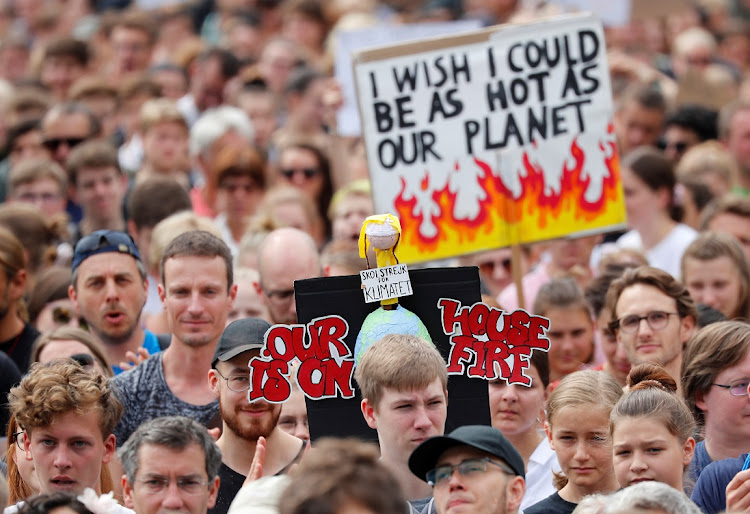 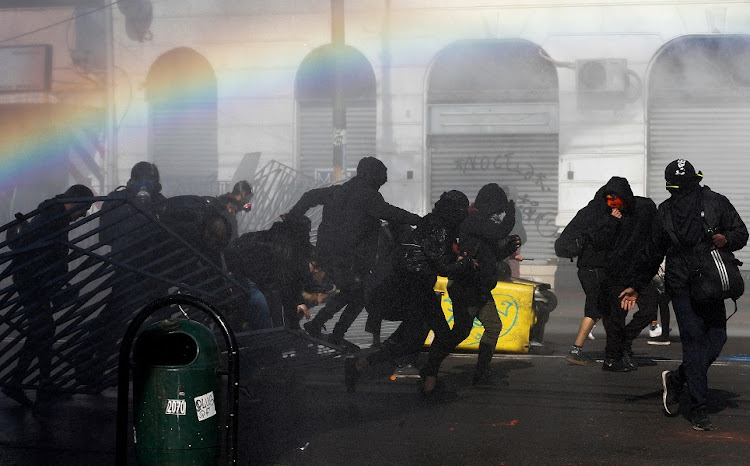 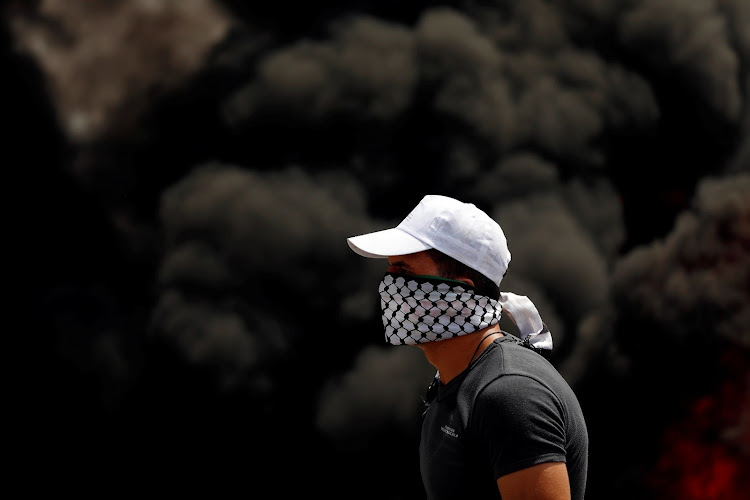 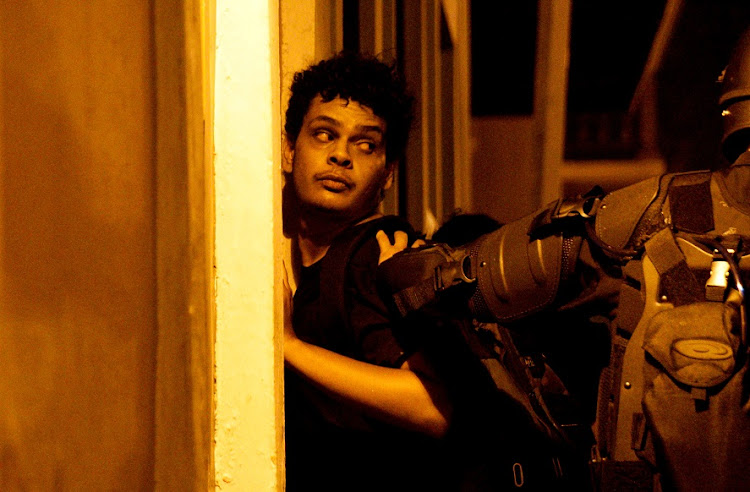 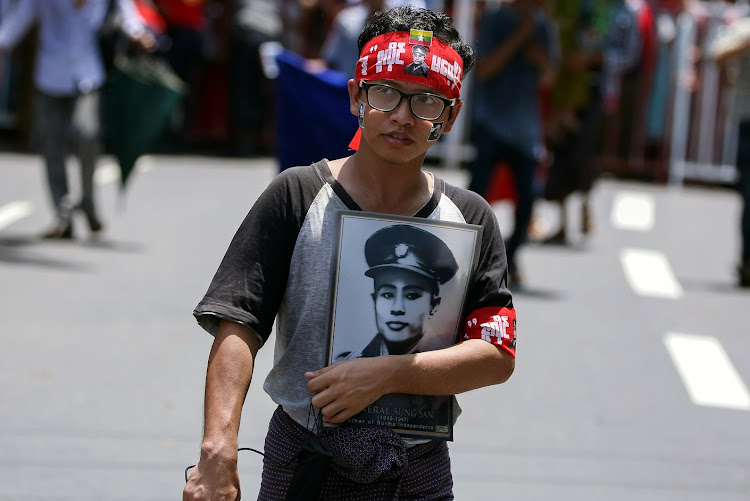 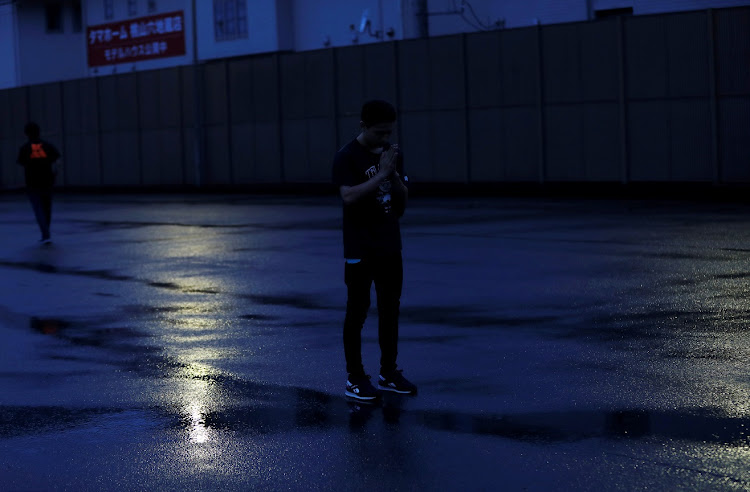 Meet the ‘lullaby singers’ who hold the key to defeating Ebola

The Lion Weeps Tonight: how a Zulu herdsman was screwed out of millions

The night Hollywood went Helter Skelter into the abyss

The Manson killings of 1969 terrified Los Angeles, but the city was already drenched in hedonism and paranoia

Mission unspeakable: Nasa got a Nazi to get them to the moon

On the 50th anniversary of the historic lunar mission, the space agency's dirty little secret is revealed

DOWN TO THEIR KNEES Relatives of victims of a mob lynching speak to an officer as they mourn outside a hospital in Chapra, India.
Image: Reuters/Stringer

Belgian firefighters are furious at a rebranding of their badge - which has twin axes, a helmet and flames - to a heart-shaped flower. The new logo uses Brussels’s iris motif, which is picked out with two stylised flames on one side. “The men think it is too soft,” said Dirk Van der Ougstraete, of the ACV trade union. Trade unionists said that the Brussels fire department was ready to mutiny against the new image. “Everyone is really furious. Our identity is completely lost with this,” said Eric Labourdette of the trade union VSOA. – Telegraph Media Group Limited (2019)

The Netherlands is “10% liable” for 350 deaths in the 1995 Srebrenica massacre, the Dutch Supreme Court has ruled. After 350 men sought refuge in the UN base during the Bosnian War, outgunned and overrun Dutch peacekeeping troops handed them over to Bosnian Serb forces. Around 8,000 Muslim men and boys were killed at Srebenica. Judges upheld a previous ruling against the Dutch government that found it was liable for the massacre. But the court cut the state’s liability from 30% to 10% of an overall compensation claim, saying peacekeepers had only a "slim" chance of preventing the deaths. – Telegraph Media Group Limited (2019)

A migrant nurse has been turned down for French citizenship because she is working too hard. The woman holds three jobs and works an average 59-hour week - in breach of the statutory 35-hour rule. Rejecting her application, officials said the amount of overtime she was doing placed her “in violation of regulations on working time in France”. – Telegraph Media Group Limited (2019)

Kiwis hand in thousands of guns

New Zealanders have handed over more than 10,000 guns, weapons parts and accessories in the first week of a buy-back scheme prompted by the country's worst peacetime mass shooting, police figures released on Sunday show. A gun reform law passed in April banned most semi-automatic firearms, parts that convert firearms into semi-automatics, magazines over a certain capacity and some shotguns. - Reuters

Woman cuts off mom’s head, dumps it next door

An Australian woman charged with murder has been sent for a medical assessment amid reports she decapitated her mother and left the head outside a neighbour's house. Police said the body of a 57-year-old woman was found inside her Sydney home on Saturday night, in what they described as one of the “most horrific” crime scenes they had seen. The woman's 25-year-old daughter was arrested in the front garden of a neighbour's house after allegedly putting her mother's head on the footpath outside. – AFP

Marvel's “Avengers: Endgame” would become the highest-grossing film of all time over the weekend, Disney said. The smash hit was just $500,000 behind the decade-old $2,789.7m record set by James Cameron’s “Avatar” as of Friday, and “will close this gap by [Sunday]”, Disney said on Saturday. - AFP

It's all about a loss of trust, says the insurance giant, which locked horns with the CEO over the payment of dividends

Before we get googly eyed about 4IR, there are tough questions

‘Canary in the mine’: Singapore woes ring trade alarm bells

The trade war between the US and China has dramatically worsened the situation, analysts say

Words fail us: How emoji conquered the world

More than five billion are sent each day on Facebook’s Messenger app alone. Where did they all come from?

Face up to your DIY abilities and make your own makeup

Four years ago, she swam for her life. Now she’s swimming for gold

Blasts from the past: Triple century for Amla at the Oval