So, Zuma is gatvol. Now he knows how SA felt about his presidency

After a vexing morning wrestling with paperwork, he complained that he was being cross-examined

Obituary: Johnny Clegg, the man who united SA when it was most divided

Graveyard of ‘Facebook serial killer’ is worse than a horror movie

Times Select visits the village where the suspect lived, and sold spinach he'd planted over one of his victims

Cleared ‘death squad’ boss wants R10m. What chances does he have?

The company’s advertisers could claim compensation for cooked books, says a marketing analyst

‘Stop the mosque, or tyres may burn in swish Ballito’

Strauss: My wife’s death inspired me to guide England to World Cup win

The past two years have been a rollercoaster for the SA-born cricket director. He tells us about the highs and lows

On Her Majesty’s Secret Cervix? No, a female Bond is an unfunny bore

007's overt sexism is meant to amuse, and going around spouting Bond-isms is not endangering society

NEW GIRL ON THE BLOCK Female koala Pippa is shown to the public for the first time at a zoo in Zurich.
Image: Reuters/Arnd Wiegmann

Defence and military veterans minister Nosiviwe Mapisa-Nqakula has warned Cape Flats residents not to provoke the army when soldiers are eventually deployed to help the police. “Soldiers are not trained for crime control. They only know three Bs: the boot, the barrel and the bullet,” she said on Wednesday. “ … sometimes criminals, when there is this kind of deployment, tend to provoke the soldiers. I really pray that there shouldn’t be that kind of situation,” said the minister, adding that whatever the army did on the ground would be within the parameters of what was allowed. She was addressing journalists before presenting her department's budget vote speech. Police minister Bheki Cele announced in his budget vote speech last week that President Cyril Ramaphosa had approved the deployment of the army to some Cape Town townships, but soldiers are yet to hit the ground.

EFF MP Makoti Khawula had to be stopped from physically attacking ANC MP Khaya Magaxa during a budget vote debate on correctional services on Wednesday. During the debate, presented by minister Ronald Lamola, Khawula complained that the parliamentary translation service from English to Zulu had not been provided. Magaxa, allegedly in response, accused Khawula of being dumb. This set her off on a tirade and led to an exchange of insults. "You are calling me dumb … uyimbongolo wena [you are just a donkey]. I can show you now who is the dumb one," said Khawula as she charged towards Magaxa. She was stopped by fellow EFF MPs. Eventually, house chair Madala Ntombela intervened, saying what had happened "is beyond me". Ntombela asked Magaxa to apologise for what he said to Khawula, saying it was unacceptable, and asked Khawula to withdraw her comments.

Lectures on the University of KwaZulu-Natal’s Westville campus have been disrupted after a group of about 100 people burnt furniture and debris. In a communique issued on Wednesday, executive director for corporate relations Ashton Bodrick said they had information that some students were disrupting lectures. About 100 students had gathered and were planning on marching to the administration building, the university said. Bodrick said risk management services and public order policing personnel were "monitoring the situation". The protest is reportedly over academic exclusion and National Student Financial Aid Scheme issues.

Nelson Mandela Bay mayoral committee member Marlon Daniels has been charged with assaulting his bodyguard. An altercation started shortly before midnight on Tuesday after Daniels realised the two municipal security officers stationed outside his house did not have firearms. Bongani Fusa, who opened the case against Daniels, was guarding his home with an unnamed female officer following death threats against the Patriotic Alliance councillor and his family. Police spokesperson Capt Johan Rheeder confirmed a case of assault had been opened. “Shortly before midnight an argument ensued and the suspect (Daniels) allegedly pulled him (Fusa) out of the car and pushed him around,” he said. Daniels denied assaulting Fusa, saying he had opened his door and “pulled him out” because he believed he “served no purpose” without a firearm.

The eThekwini municipality is celebrating the landmark Durban conviction of a cable thief who was sentenced to 15 years’ imprisonment. The city noted on Wednesday that the man, who was not named, had been arrested in 2017 with 500m of bare copper cable on Mariannhill Road in Pinetown, west of Durban. The cable was worth about R27,400. “The area had experienced a power outage as a result of the man cutting the cable. Residents then contacted the patrols and he was caught and handed over to the police," it said. Barbara Cloete, a forensic investigator from the infrastructure theft department, said: "This is a major victory for the city. It shows we are serious about our approach and we will not tolerate any theft of infrastructure. This particular criminal act has a direct, negative impact on our residents as they are left without power for many hours."

Police are searching for two armed robbers who held up officers at the Middledrift police station in the Eastern Cape. National police spokesperson Brig Vishnu Naidoo said the two, whose faces were covered, entered the police station at about 9pm on Monday, held up two officers at gunpoint and demanded firearms. Naidoo said they took two rifles and magazines from the safe and fled. No injuries were reported.

A baboon is on the loose and was captured on drone footage moving through Northcliff, Johannesburg on Wednesday. 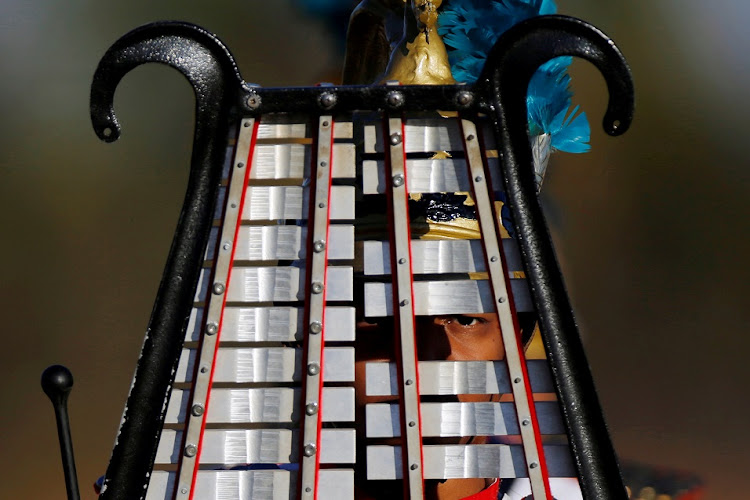 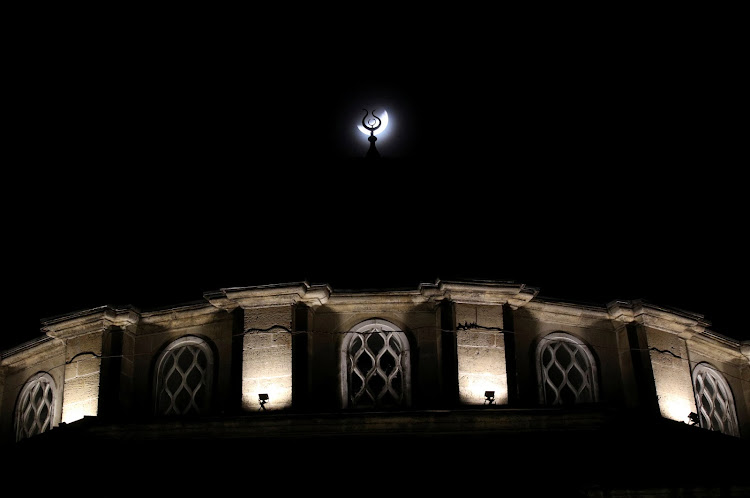 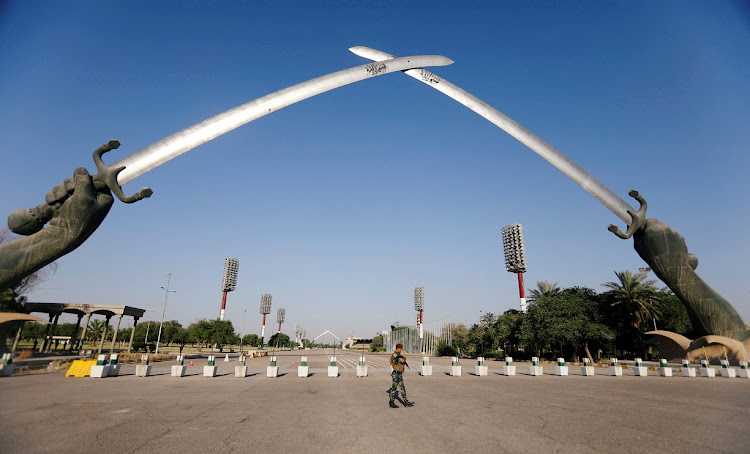 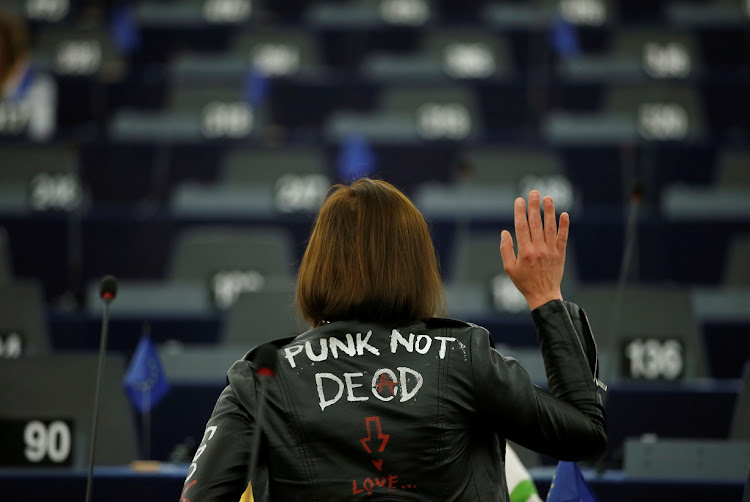 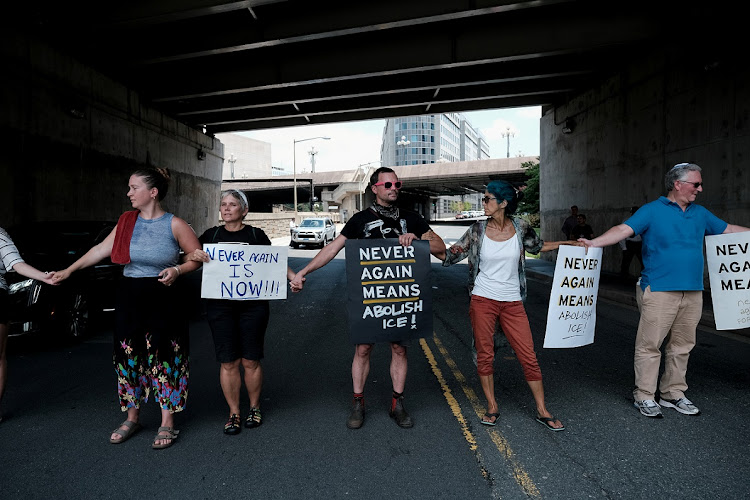 He might have been the brutal chief of a global drug cartel, but in his home state he is revered

At today’s rate, achieving that goal is ‘impossible’, a report says

Seals and swimmers beware, Jaws has taken a fancy to Cape Cod

Great whites are visiting more often, and it doesn't help that they enjoy protected status these days

Beef and lamb fans need to cut back to cut greenhouse gas emissions and save forests, researchers warn

WINGTIPPED FOR SUCCESS A dress rehearsal of the 12th Fete des Vignerons, dating from the 18th century and performed once every generation in Vevey, Switzerland.
Image: Reuters/Denis Balibouse

A pair of New Zealand ‘fairy’ penguins that broke into a sushi stall at Wellington’s busiest railway station have been returned to their natural habitat. Police said they initially received a report about a little blue penguin, also known as fairies, in the city centre over the weekend and released the animal back into the harbour. But it returned on Tuesday with an accomplice and officers said the ‘waddling vagrants’ started building a nest beneath a sushi stall at Wellington Railway Station, in the heart of the city. The persistent penguins would have crossed a busy highway to reach the train station. Fairy penguins are the smallest species of the flightless seabirds, standing 25cm tall and weighing about 1kg. — AFP

Philippines President Rodrigo Duterte has declared he will never be tried by an international court for mass killings in his war on drugs, and vowed no let up in a crackdown that he said he was winning and would see through ‘to the very end’. ‘I will only face, be tried or face a trial, in a Philippine court. Presided by a Filipino judge. Prosecuted by a Filipino ... I will not answer a Caucasian, asking questions, white man there. You must be stupid,’ he said on Tuesday. ‘I am a Filipino. We have our courts here ... Shit. You have to bring me somewhere else? I would not like that. I have my country. It’s working. I know it’s working. Justice is working here.’ — Reuters

‘Wanted’, says the poster of a lionfish on the quay side in Larnaca marina. Dead, or fried. Or even grilled, filleted or in a risotto. An EU-funded project has placed Cyprus on the frontline to deal with an invasion of marauding lionfish which have munched their way through the eastern Mediterranean in the past five years. So if you can’t beat it, eat it, is the aim. The lionfish’s brightly coloured stripes and flowing pectoral fins may look beautiful but its dorsal fins pack a venomous punch, its sting is toxic, it spawns up to 30,000 eggs every four days and feasts on other fish and crustaceans. And it has no known predators. At least, not yet. The EU-sponsored project aims to promote lionfish as a food to control its rapidly expanding population. — Reuters

Italian and US police have launched a coordinated crackdown against major crime families who were looking to rebuild their Mafia powerbase in Sicily, Italian investigators said on Wednesday. More than 200 police, including officers from the FBI, have been carrying out 19 arrest warrants since dawn targeting the Inzerillo clan in Sicily’s capital Palermo and the New York-based Gambino family. Sicily’s organised crime group, known as Cosa Nostra (Our Thing), has been in a state of flux since the death of the feared boss of bosses Salvatore ‘Toto’ Riina, who died in prison in 2017 after spending almost a quarter of century behind bars. The Riina family has since looked to reclaim its old business, police said, helped by strong allies in New York. — Reuters

Musk wants to wire our brains up to AI

Elon Musk has revealed his secretive Neuralink startup is making progress on an interface linking brains with computers, and said they hope to begin testing on people next year. Musk has long contended that a ‘neural lace’ meshing minds with machines is vital if people are going to avoid being so outpaced by artificial intelligence that, under the best of circumstances, humans would be akin to ‘house cats’. ‘Ultimately, we can do a full brain-machine interface, achieve a sort of symbiosis with AI,’ said Musk. Neuralink unveiled an early version of a tiny sensor with hair-thin strands that could be implanted in a brain through a small incision by a robot built for the high-precision task. — AFP

The ballroom of Queen Victoria’s Buckingham Palace has been brought back to life through Pepper’s Ghost: a 19th-century illusion recreated by Hollywood animation whizzkids. The dancing, music and colour scheme has been revived inside the palace ballroom as part of an exhibition for the 200th anniversary of Queen Victoria’s birth. The 1856 ball celebrating the end of the Crimean War has been recreated using a Victorian technique called Pepper’s Ghost. Film is projected upwards and then reflected off a near-invisible glass screen set at 45 degrees, making dancers seem to appear magically in the room. — AFP

BULL’S EYE: What’s a bet it’s the end of the equities market?

Fewer listed companies, fewer people willing to play in what they see as a rigged game ... so what comes next?

Steinhoff: PIC got its seat on the board, but at terrible cost

Having a director on the board provides no guarantee of sound governance. Just ask Jayendra Naidoo

Fear and clothing: Put on your party dress ANC what happens

Why oh why don’t they make clothes with pockets in them?

SPORTS DAY: Springboks are not quite the all-blacks yet ...

By day she's a soft-spoken hospital worker, but in the ring she transforms into something fearsome

Blasts from the past: Outsider Louis storms in to win Open