While Ace chomps his Lays, Zuma lays out his latest wild claims

But is there anything in his claims and conspiracy theories that a prosecutor could use against him?

ANALYSIS: Is Zuma just a narcissist with a bizarre blind spot? Or ...

... is Zuma a Bourne survivor who’s as clueless as Jon Snow?

In case I've being too harsh on the old man, here's a sympathetic take on some of his statements at the probe so far

Ahem! What that frog in Zuma’s throat is really saying

His constant throat clearing is irritating, but body language experts say there is hidden meaning in it

He made a name for himself on the soccer pitch, but he'll be remembered for making headlines for the wrong reasons

The advertising board has made its final ruling, and in it explains what the limits of free speech actually are

Fork in the road for Durban ‘death squad’ cops

Here’s how to get a good night’s sleep, no matter what your age

Fad or fab? We test the app dubbed the new Weight Watchers

Is having a smartphone coach on tap better than face-to-face help? We signed up to find out

WINDOW OF OPPORTUNITY TO READ A Hindu holy man sits on the premises of the Pashupatinath temple in Kathmandu.
Image: Prakash Mathema/AFP

Veteran musician Johnny Clegg has died at the age of 66. Cleggs's family confirmed to TshisaLIVE on Tuesday night that the Impi hitmaker died. His manager of 30 years, Roddy Quin, said that Clegg died “with his family at home” on Tuesday afternoon. He also confirmed that the singer-songwriter's death was linked to his pancreatic cancer in 2015. In 2017, the legendary musician said “living on a sentence” made him appreciate everything in his life more, including precious moments with his family and friends.

The National Prosecuting Authority is under huge financial constraints, and justice minister Ronald Lamola said the government was seriously considering private donor funding. On Tuesday, Lamola announced that R3.9bn of the department’s budget would be allocated to the NPA. Of that, R38m would be allocated to start-up expenses of the new investigative directorate meant to investigate state capture and related cases. Lamola said after his budget vote speech that the NPA was “really struggling” and needed more money than had been allocated. “For it to be able to function it needs funding. If the fiscus does not have it, private donor funding must be able to help us. But how do we ensure that the NPA is insulated from any (conflict)?” Lamola said. Meanwhile ,the department has allocated R31.4m to the office of the public protector, while the Special Investigating Unit will receive R363m for the next financial year.

An Inkatha Freedom Party councillor and his 11-year-old child were shot while travelling on the N2 freeway towards KwaDukuza, north of Durban, on Tuesday morning. "It is alleged that at 7am … the victim was travelling on the N2 freeway towards KwaDukuza with his family when he was attacked by unknown suspects. Shots were fired towards them and they sustained injuries. An 11-year-old child sustained an injury in the leg, and [an IFP councillor] was injured in the neck," said police spokesman Lt-Col Thulani Zwane. KwaDukuza mayor Dolly Govender confirmed that the victim was councillor Aubrey Baardman. Details were sketchy, but it was believed Baardman had managed to drive himself to the nearest municipal office for help, Govender said.

What was meant to be an excursion to film alleged abuse endured by donkeys in Santorini, Greece, turned out to be a nightmare for an SA animal welfare worker. Luke Barritt was brutally assaulted and threatened with death. “The sheer venom of the donkey owners stunned me. They were kicking me and beating me with the same whips they used on the donkeys,” said Barritt, a campaigner for international charity Network for Animals (NFA). Barritt had been filming the mistreatment and abuse of donkeys. The animals' owners exploited them by making them repeatedly climb a 300m cliff in baking sun with no food, shade or water, according to Miranda Raff of NFA. Raff said 10 people attacked Barritt and Polish cameraman Wiktor Dobraczynski, who was trying to get footage of the abuse. Barritt is recovering at his Cape Town home.

Two pupils were shot near a high school in Lenasia, south of Johannesburg, on Tuesday. Gauteng education spokesperson Steve Mabona said the two Grade 12 pupils from MH Joosub Secondary School were shot in the legs while walking to school. They were taken to Lenmed Clinic and Lenasia Clinic. “It is alleged that the injured learners were shot by fellow learners from the same school,” he said. Police spokesperson Col Lungelo Dlamini said three boys between the ages of 14 and 17 were arrested. A pistol and six rounds of ammunition were recovered at the home of a pupil.

When a taxi driver was finally pulled over on Tuesday after cutting between vehicles and overtaking on solid white lines, 42 primary-school children spilled out of his minibus. Cape Town traffic authorities promptly arrested the driver for reckless and negligent driving. Traffic services spokesperson Richard Coleman said that when the vehicle was pulled over it was discovered to be “heavily overloaded, unroadworthy, and that the driver had six outstanding warrants totalling just shy of R20,000”. "This is a carbon copy of an incident just yesterday [Monday] where another taxi driver was arrested for reckless and negligent driving on the N1, with 22 primary school learners in his vehicle,” he said. Traffic authorities described the behaviour of the drivers as "extremely concerning".

A ride in Balvatika Amusement Park, India turned into a nightmare on Sunday when two people were killed and at least 29 were injured. 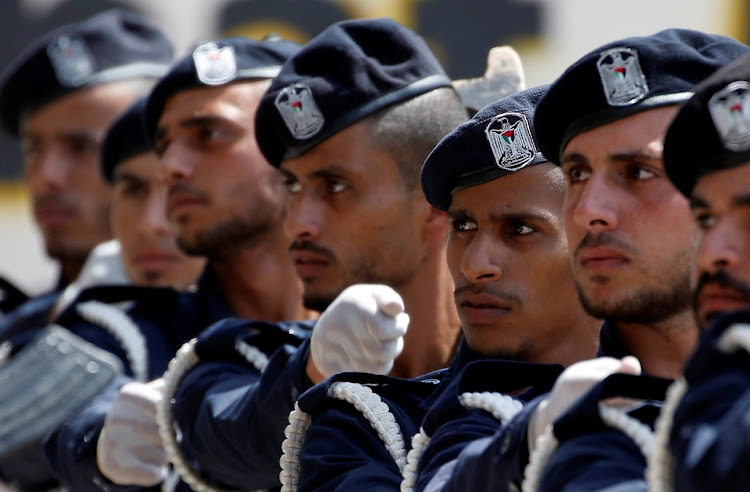 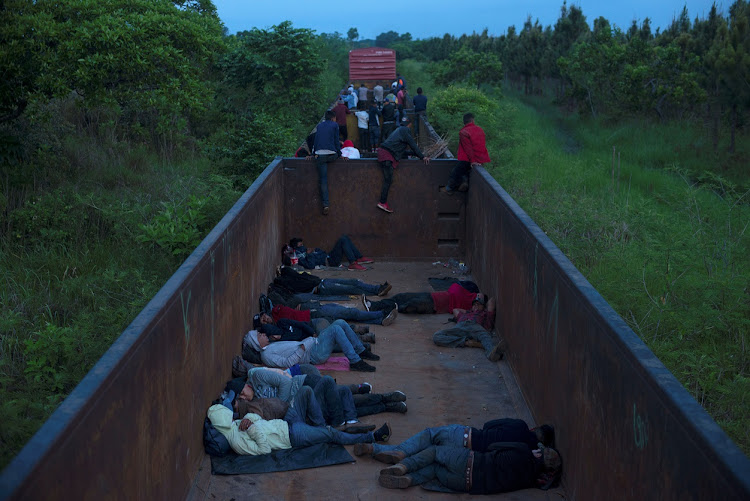 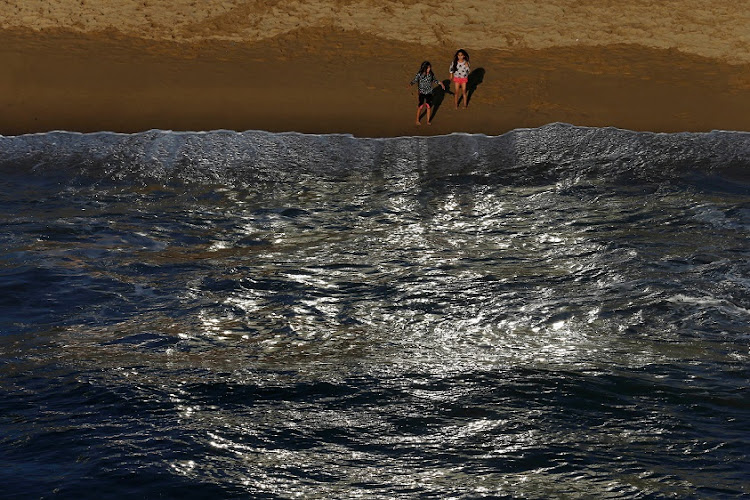 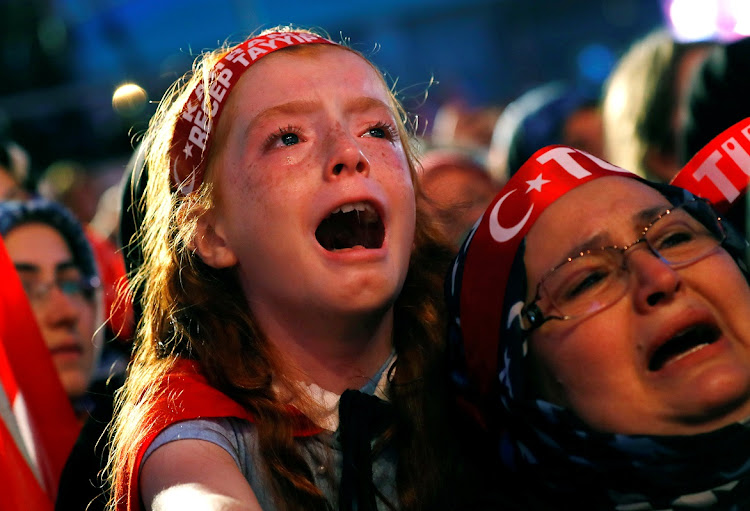 Listen up! Here’s a simple way to keep Alzheimer’s at bay

Kabul’s super-sniffer dogs of war are the bomb

From rambunctious pups to a disciplined force, these mutts are being  readied for life-or-death mission

Prussian blues: Give back stuff the commies stole from us, demands prince

ON NATIONAL GUARD A member of the Mexican National Guard stands guard near the border between Mexico and US.
Image: Reuters/Daniel Becerril

Philippine President Rodrigo Duterte has been accused of being the ‘most brazen violator’ of a new law he approved that would penalise sexual harassment such as catcalling and wolf-whistling. The president’s remarks about women include numerous jokes about rape, and have incensed women’s rights activists, but have not dented his popular support at home. – Reuters

Chinese diplomats race to the tweetstorm

Chinese diplomats are increasingly turning to Twitter, banned in the country, to express themselves. Zhao Lijian, deputy chief of mission for the Chinese embassy in Pakistan, tweeted on racial disparity in Washington, saying ‘you know the white never go’ to a certain area ‘because it’s an area of the black & Latin’. His tweet incited outrage from the Americans. – AFP

The party was hot, burning hot!

Some 10,000 tourists were evacuated from a popular party beach on Croatian island Pag after a forest fire erupted. Police ordered visitors to nightclubs, popular with young Brits, to leave. No one was injured in the fire, which was brought under control. – AFP

Russians would rather flick past ‘The Last Czars’

From awkward sex scenes to cheap-looking robes and a shot of Red Square in 1905 with the Lenin Mausoleum already in place, Russians have found plenty to criticise in Netflix’s new series ‘The Last Czars’. The series, which launched this month, tells the story of Nicholas II’s ill-fated reign. – AFP

Italian animal lovers cheered on a wild bear after an escape from an holding pen sparked a bear hunt and a furore over its fate. The three-year old, known only as M49, was captured in northern Italy, but M49 again went on the lam after scaling a four-metre-high electric fence. ‘Run bear, run!’ said one tweet as #escapeforfreedom went viral. – AFP

This is how you flip the finger at danger

A migrant attempting to swim to Britain from France with flippers and a rubber ring was rescued in a state of ‘mild hypothermia’ in the channel. The man was spotted at dawn by a fishing boat. Charities say migrants in northern France are increasingly desperate and willing to take greater risks because of tighter immigration policies. – AFP

Aveng: Paddling like hell to keep afloat, and then only just

Zambia is a poor example of how to treat mining investors

Learning to love porridge needn’t be a gruelling ordeal

No need to stay in the dark about magical mushrooms

Reasons why you should be eating more of the fungi

Motorcycle diaries: In the slipstream of the Tour de France

There’s another way to see the world. It’s fast, focused and all about freedom ... and more fun in the Pyrenees

The Open: Tiger lays his beady eye on yet another Claret Jug