Zuma’s date with Zondo: will he name his ‘detractors’?

His lawyers are silent on what he might say, and who he'll implicate in what he claims is a bid to discredit him

The EFF thugs are a short hop from Idi Amin, and it suits the ANC fine

It will destroy medical aids and, besides, there just isn't enough money for it, experts warn

Labelling it ‘gluten-free’ doesn’t mean it is

Gluten-free bread? 100% honey? Do a double check. There are companies out there flouting the law

How to put sunscreen on a lion? Very carefully

Luxury can fit in a micro-mansion? On the money! say SA’s rich

SA firebrands: these are the companies with grit for hard times

Despite a depressed economy, big names in telecoms, banking and beer shone in the Brand Finance top 10

One food’s waste is another food’s protector

Huge amounts of pulp, seeds and skin end up in landfills when they could be used as natural preservatives

The young need to get more stressed about their blood pressure

The mean age of people affected by the ‘silent killer’ has gotten younger in recent years, a Cape study has found

The highly addictive heroin cocktail is wreaking havoc in SA’s cities and rural areas, and the users are getting younger

Heroes come and go, but it’s the Rip Torns who endure

They wrote it this week: A brace of beheadings ... and bouncy bits on show

TAKING THE TUBE A villager rows on a stool inside a tyre along a river following heavy rains Hengyang, China.
Image: Yang Huafeng/CNS via Reuters

The UN and Canadian company Bombardier have rubbished two of the boasts Pretoria law professor Frans Whelpton is making to try to recruit business partners for Swazi projects worth billions of dollars. The UN Development Programme has denied a claim by the former Unisa academic that it paid him at least $40m to record the customary law of eSwatini, and Bombardier - which makes aircraft and trains - said a supposed donation of £260m (R4.5bn today) for "social upliftment" in the kingdom was a figment of his imagination. Whelpton is also said to have sent letters to potential investors, supposedly signed by former Swazi cabinet ministers, the authenticity of which has now been questioned.

A Cape leopard that died in a snare in the Western Cape struggled for several days before dying of dehydration. It is thought to have been one of only two leopards left in the Helderberg, and its decomposed body was eventually found by a cyclist on the nature trail. Anita Wilkinson, of the Cape Leopard Trust, said its death was part of a global problem in which cheap snares were contributing to extinction risks. "Snares are anchored cable or wire nooses set to catch wild animals, mostly for bushmeat or the illegal trade in animal parts or skins," she said. They were illegal, but materials such as discarded wire fencing, telephone wire or baling wire were so readily available that the practice was "incredibly difficult to police".

UN steps in as food handouts begin in Zim

UN agencies have stepped up aid supplies to rural and urban areas at a time when the government says it has made food security a top priority. Through the Zimbabwe Resilience Building Fund, seven million citizens faced with starvation will receive help. The UN said it is also stepping in. "Continued international support will be crucial to meet various development and humanitarian problems the country is facing," said UN ambassador to Zimbabwe Bishop Parajuli. Amid one of the worst droughts it has faced, Zimbabwe has asked the international community for $234m to feed the hungry. According to the government crop assessment for 2018/19, maize production is expected to be just 45% of last season’s yield.

An actor and two other suspects have been arrested on a series of charges which include impersonating a police officer, kidnapping and extortion, the Hawks said on Sunday. Hawks spokesperson Captain Ndivhuwo Mulamu said the actor and his co-accused were arrested on Friday at Southgate Mall, south of Johannesburg, for allegedly attempting to extort money from a businessman.

Police have found the bodies of two women buried in the backyard of a house in Mpumalanga after a man confessed to meeting one of them via social networking site Facebook. He has now allegedly confessed to burying three more women at the house in the Masoyi area. Police spokesperson Colonel Mtsholi Bhembe said the man was arrested about a month ago.

As SANDF units prepare to deploy to gang-plagued areas on the Cape Flats, three men have been shot in Belhar, the City of Cape Town said on Sunday. The three wounded men arrived at the Belhar fire station at around 10.30am. They sustained gunshot wounds to various parts of their bodies. They were transported to hospital in a critical condition. Police spokesperson Sergeant Noloyiso Rwexana said cases of attempted murder had been opened. Rwexana said the men were aged 26, 28 and 31. Details around the shooting were not immediately clear. 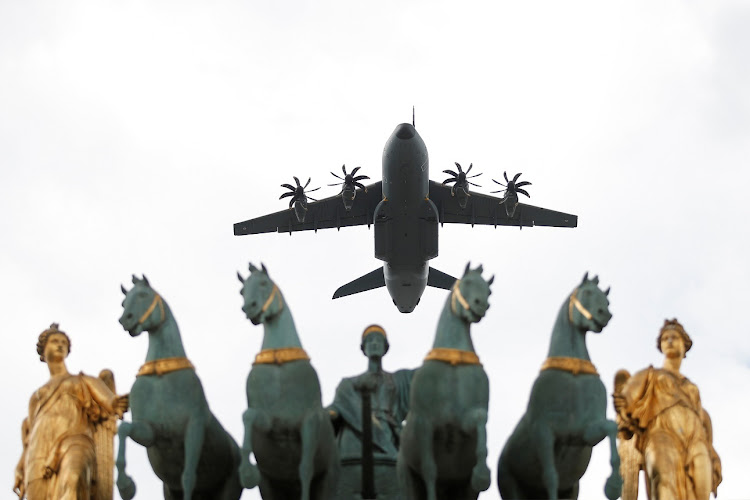 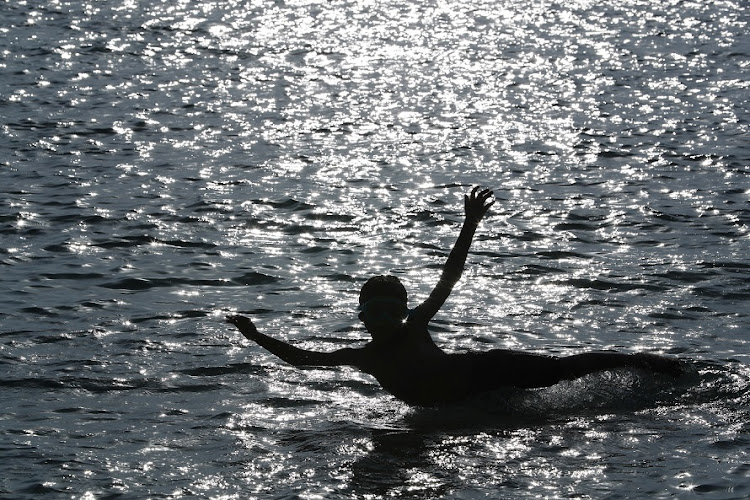 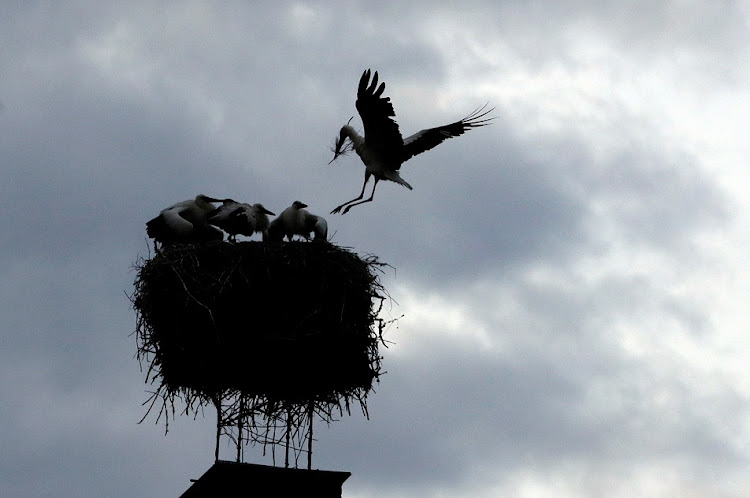 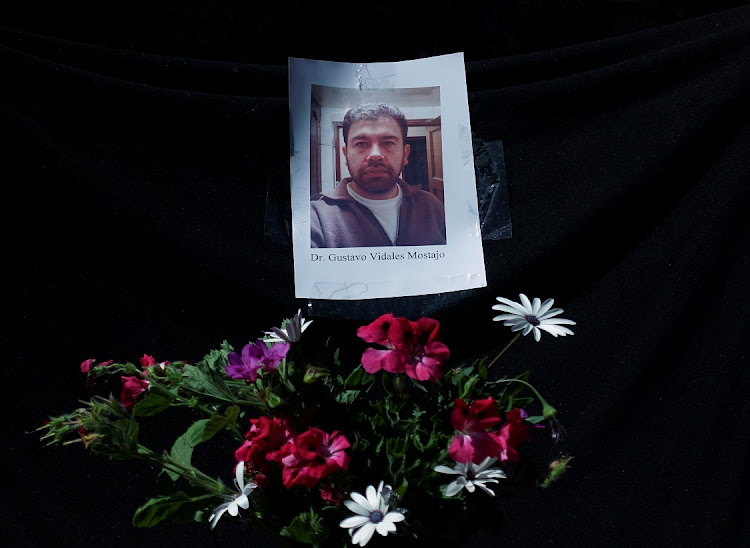 So help him God: doc axed for refusing to call a 6ft bearded man ‘madam’

Why a great review on Amazon might be five-star fakery

Duke of York, Trump, Clinton and rock stars are among the latest names popping up in the seedy Jeffrey Epstein saga

JFK wanted a joint moon mission but the Russians said no, says expert

The US president asked Khrushchev to join forces, but Khrushchev declined, setting up a bitter space race

EMBRACE THE FURY A scuffles outside a hotel, where Taiwan President Tsai Ing-wen is supposed to stay during her visit to New York.
Image: Reuters/Carlo Allegri

This bird was too-toe much

The fossilised remains of a prehistoric bird with a freakishly long toe have been discovered in a chunk of amber from Mynamar. Researchers said the third digit of the tiny sparrow-like creature's foot was about 40% longer than all the others, and 20% longer than its entire lower leg. Paleontologists are unsure what purpose the extra-long toe served, but speculate that the bird may have been a tree-dweller, using its extended claw to dig food out of holes in trees. The bird is thought to be 99 million years old, placing it in the Cretaceous period. – Telegraph Media Group Limited (2019)

An acclaimed French chef has demanded Michelin remove him from its guide book after “wrongly” accusing him of adding British cheddar cheese to a traditional soufflé. Marc Veyrat last year gained the ultimate three Michelin stars for his restaurant in the French Alps. But the food guide docked him a star in January over the cheese row. In a letter to the guide, the cook accused Michelin of “deep incompetence” in assessing his creations. “They dared say that we put cheddar in our soufflé of roblochon, beaufort and tomme [cheeses]," said Veyrat, 69, who prides himself on using only local produce. “They have insulted my region, my staff are furious.” Michelin has refused to remove the restaurant from the guide. – Telegraph Media Group Limited (2019)

It’s the US’s way or the Huawei

Huawei is planning extensive layoffs in the United States as the Chinese telecoms equipment company grapples with its U.S. blacklisting. The layoffs are expected to affect jobs at Huawei's U.S.-based research and development subsidiary Futurewei Technologies, which employs about 850 people in research labs across the United States. The layoffs could be in the hundreds. – Reuters

Israeli minister shoots his mouth off

Israeli education minister Rafi Peretz has spoken of his belief in therapy to convert gays to heterosexuality and claimed he has engaged in the practice, leading to calls for him to be sacked. The comments late on Saturday in a TV interview were only the latest controversial views voiced by the recently installed minister who heads a far-right party. “The education minister's remarks about the gay community are not acceptable and do not reflect the stance of the government I head,” Prime Minister Benjamin Netanyahu said. He said he spoke with Peretz “who clarified his remarks and stressed the Israeli education system will continue to accept all of Israel's children as they are, without any regard to their sexual orientation”. - AFP

Flyboard me to the moon

A French inventor and entrepreneur on Sunday soared above the Champs-Elysees on a turbine engine-powered flyboard in front of President Emmanuel Macron and other EU leaders. Former jet-skiing champion Franky Zapata, grasping a rifle in a sign of the possible military uses of his device, took to the air in a futuristic showpiece of the Bastille Day parade. Zapata says the flyboard has the power to take off and reach speeds up to 190km/h and run for 10 minutes. He is now eyeing a crossing of the English. - AFP

Nine people were killed on Sunday when their plane crashed during a skydiving trip near Umea, Sweden. The small plane designed to carry parachutists crashed on an island on the Ume river shortly after take-off. There were no survivors. - Reuters

Debt-laden SA is sitting on a ‘ticking time bomb’

Yellow to the future: MTN makes bold calls in a changing world

As Germany's giant scraps its dreams and 18,000 jobs, US rivals are moving in on its former clients

Face facts – surveillance tech is coming to a street near you

At risk to your privacy, facial recognition technology could improve everything from crime to airports

Admit it, you know squat about squat

Fitness expert shares her tips for the perfect squat

Lego of your inhibitions and build what you jolly well like

Famous bricks are good for pretty much anything you could imagine, including a driveable Bugatti

SPORTS DAY: It takes the longest Wimbledon final ever to beat Federer

Blasts from the past: ‘Baby Face’ nabs back flyweight belt