SA has more jobless people than Germany, Poland and the US combined - and it's getting worse

No vehicle tracking? No wonder you’re a dead loss

UKZN has a new boss. What plans is he cooking up?

What rubbish! How to move an unwanted mountain

When I was on Crete, a woman vanished. My reaction to the news was nothing like what it would have been in SA

Never mind the gangs and murders, Cape Town decides to fine the homeless

What exactly was the city hoping to achieve with this entirely pointless, not to mention heartless exercise?

Your use of ‘usage’ is almost certainly no use

THE SCALES OF POLLUTION A crocodile with a used motorcycle tyre around its neck rests at a river estuary in Palu, Indonesia.
Image: Antara Foto/Mohamad Hamzah/Reuters

‘Heads must roll at undisciplined municipalities’

Minister in the presidency Jackson Mthembu said heads must roll following the AG’s dismal findings on the state of SA municipalities. Speaking after a cabinet meeting on Thursday, Mthembu said the government wanted to see action taken against habitual offenders in municipalities. “We can’t just continue condemning and condemning, we should have an action plan,” he said. Last month, auditor-general Kimi Makwetu said audit outcomes were deteriorating in municipalities. Of the 257 municipalities, he found only 18 received clean audits. Mthembu said municipal officials who had been implicated in wrongdoing would have to pay back the money, as the AG was now empowered in law to have teeth.

Public protector Busisiwe Mkhwebane says she is disappointed at the “personal insults” by public enterprises minister Pravin Gordhan in court documents challenging her report into the so-called rogue unit at Sars. “The emotive language and personal insults and blatant lies or innuendos are meant to divert attention from the real issues and the findings,” Mkhwebane said on Thursday. Her spokesperson, Oupa Segalwe, added: “Mkhwebane … will only be commenting on the facts of the matter as engaging in the personal insults is below the dignity of the high offices … she and the minister occupy.” This comes after Gordhan lodged an urgent court application on Wednesday to stop the enforcement of Mkhwebane’s remedial orders and to review her report, issued on Friday. Mkhwebane found that Gordhan had approved setting up a “rogue unit” which violated the constitution.

Police fired stun grenades to disperse protesters who gathered on Durban’s West Street in anticipation of eThekwini mayor Zandile Gumede’s return to work. What started off as a handful of Gumede supporters soon grew to a group of over 100 people who blockaded Durban city hall and stopped traffic in the city centre “to welcome her back to work”. It is understood that city hall was evacuated following the chaos. Gumede, who was asked to take a 30-day leave of absence from work, was due to return to work on Thursday. However, she will not return just yet as an investigation into allegations of fraud and corruption against her is still incomplete. A journalist was among eight people arrested as police and protesters clashed. The journalist was accused of punching a police officer in a scuffle. Gumede is facing charges of fraud and corruption relating to a R208m Durban Solid Waste tender.

Two state nurses who went missing six months ago have been found at a sangoma training camp in New Brighton. The discovery was made on Wednesday when police received a tip-off about the women undergoing sangoma training at a shack near Mavuso Road. The incident has raised questions about whether more people who are assumed missing by their families may in fact be students at the training camp. Police spokesperson Captain Andre Beetge said one of the nurses, a 52-year-old working at the Empilweni TB Hospital, had been reported missing in February by her daughter, while the other woman, 35, who worked at Dora Nginza Hospital, had been reported missing last week by her father. “According to their families, they did not say where they were going or that they were going to any form of training; they just did not return home,” he said.

Police in the Eastern Cape are facing civil claims of more than R2.3bn, safety and liaison MEC Weziwe Tikana has revealed. Responding to parliamentary questions from DA MPL Bobby Stevenson, Tikana said the claims emanate from alleged wrongful arrests and detention, assault, defamation, negligence, shooting, search and seizures, and loss/damage to property. Tikana said for the past three financial years, Eastern Cape police have paid almost R120m in civil claims, mostly relating to wrongful arrests and detention. In 2016/17, police paid R34.2m in 677 civil claims and in 2017/18 paid out more than R39m in 473 claims. In 2018/19, Tikana said police in the province paid more than R45m in civil claims. Stevenson described the figures against the police in the Eastern Cape as a shocking indictment of the state of policing in the province.

A Brakpan mother allegedly shot dead her three children and then turned the gun on herself. Police said they responded to a fire at a house at Sallies village on Wednesday, where they found the woman and her children with bullet wounds. “The owner of the house managed to extinguish the fire and tried to check for his family. He found his wife with their three children in the living room with the bullet wounds of a 9mm pistol, which was lying on the floor next to his wife,” police said. The firearm, they said, belonged to the woman’s husband. The woman was 40 years old and the children were aged 10, 17 and 19. Police are investigating the incident.

Footage released by the South African roads agency Sanral this week shows just how traffic cameras can be used to assist police in tracking criminals. 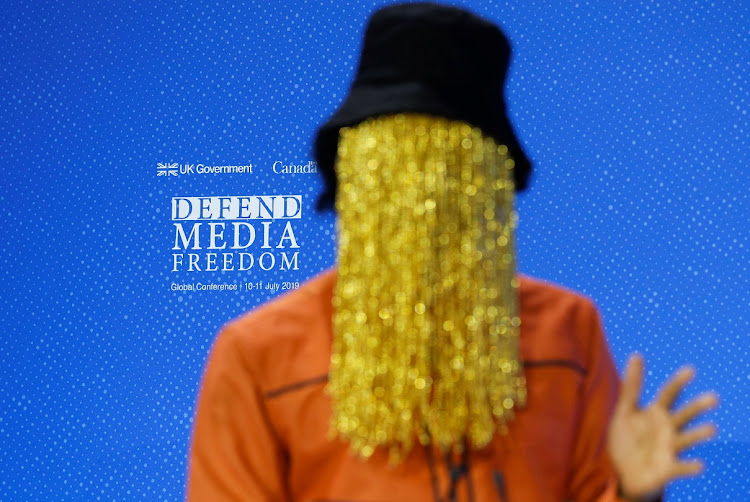 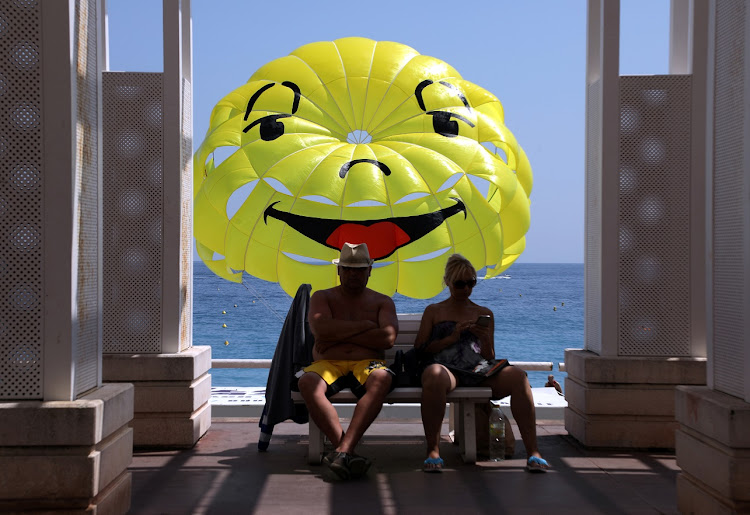 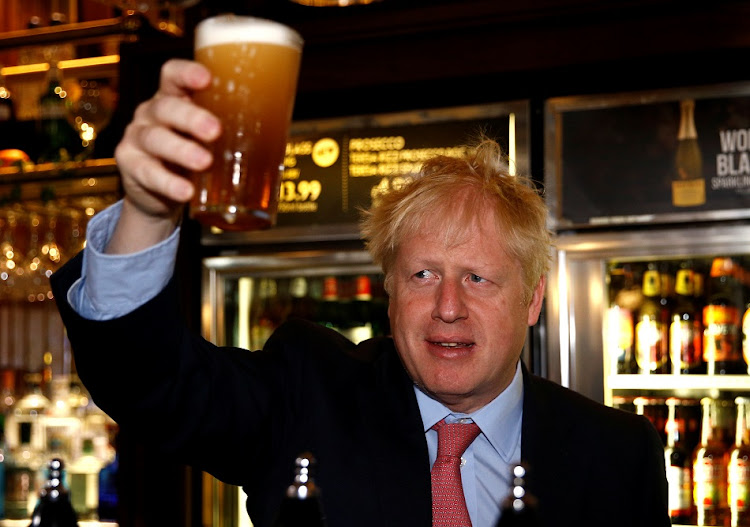 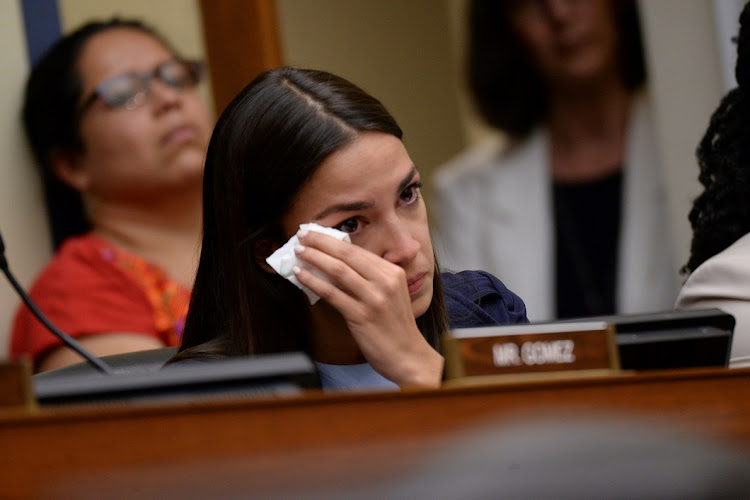 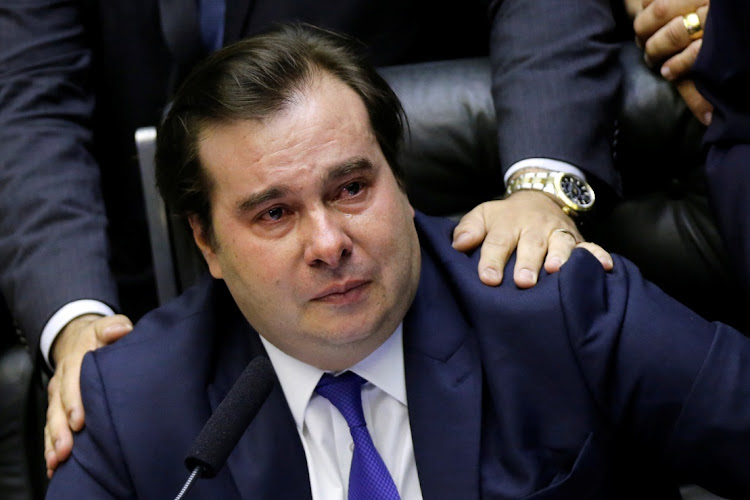 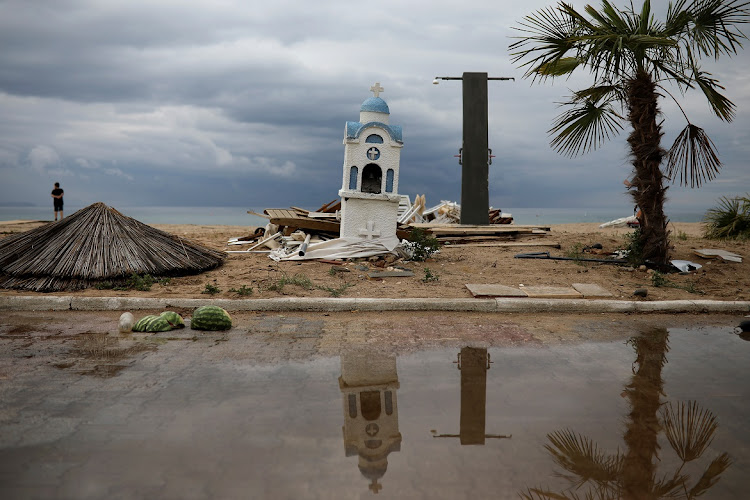 In June, security forces stormed a sit-in protest. Horrific stories have begun trickling out, especially from the women

Oh love that will not let me go: The living death of Vincent Lambert

After a decade in a vegetative state, with his parents fighting to keep his life-support on, he has been allowed to die

Not that Germans care, but Merkel is ‘fine’ after a third shakes scare

She claims the episodes are psychosomatic, but German leaders are notoriously cagey about their health

The moon is now littered with junk. Should it be protected?

Australian seagulls are carrying potentially lethal drug-resistant bacteria that experts fear could be passed on to humans. One in five birds in the country may host strains of bacteria such as E.coli, some of them so virulent they could withstand even last-resort medication. Scientists believe seagulls are picking up the bugs while scavenging through human waste, such as sewage and nappies, as well as rotting food. The birds have a range of more than 1,500km from where they hatched, leading to concern they may fly inland and pass on drug-resistant bacteria to farm animals. – Telegraph media Group Limited (2019)

France's state health system will stop reimbursing homeopathic treatment from 2021, the government has announced, in a blow to the alternative medicine industry. The decision followed a report on homeopathy by the national health authority published last month that concluded there was insufficient hard evidence that homeopathy worked. The practice is highly popular in France and remedies are sold in pharmacies while doctors often prescribe them in addition to conventional treatments. Prince Charles has been a vocal supporter of homeopathy for decades. – Telegraph Media Group Limited (2019)

Nasa in a flap about 2024 moon landing

Nasa has replaced the head of its human space exploration directorate in a major shake-up, as the agency scrambles to meet President Donald Trump's ambitious deadline to return astronauts to the moon by 2024. The project - named Artemis - would be the first attempt to return humans to the lunar surface since the last Apollo landing in 1972, but some experts doubt if the deadline is realistic given budgetary constraints and delays in developing the next-generation rockets and equipment needed for the journey. To meet this “bold challenge”, Nasa administrator Jim Bridenstine said in an email to employees that Bill Gerstenmaier, head of the agency’s Human Exploration and Operations missions directorate, has been removed from his position and assigned an advisory role. - AFP

Mankind may have arrived in Europe 150,000 years earlier than previously thought, researchers say, after reassessing an ancient skull found inside a cave in Greece. The skull was found the cave in the 1970s, and initially identified as Neanderthal. But new techniques have allowed for further analysis of the skull, and scientists found to their astonishment that it is in fact a 210,000-year-old skull belonging to a Homo sapiens. “It shows that the early dispersal of Homo sapiens out of Africa not only occurred earlier - before 200,000 years ago - but also reached further geographically, all the way to Europe,” the researchers said. – Telegraph Media Group Limited (2019)

A strip club says that a charity golf tournament that was to be held at one of Donald Trump's courses has been cancelled. The event at the Trump National Doral course in Florida was to raise money for a local charity and was offering players the “caddy girl of your choice”, according to Shadow Cabaret, the Miami-area club that organised it. “Due to the climate of everything surrounding our golf tournament, Shadow Cabaret has decided to cancel the event. We want to apologise to anyone that may have been offended by the tournament," it said on its Facebook page. - AFP

British police said they had detained a man who scaled the front gates of Buckingham Palace, almost 37 years to the day after the most famous break-in at the Queen Elizabeth’s home in central London. The 22-year-old man was arrested in the early hours of Wednesday on suspicion of trespass after climbing into the grounds of the palace. It took four minutes for officers to detain him and in the meantime he had banged on the doors of the 93-year-old queen's home while she was asleep inside. “The man was not found in possession of any offensive weapons and the incident is not being treated as terrorist-related,” police said. – Reuters
SHE STRIKES PROTEST OFF HER BUCKET LIST Striking workers of retailer Walmart demand better wages and working conditions in Santiago, Chile.
Image: Reuters/Rodrigo Garrido

After a spectacular crash in 2017, the flagship cryptocurrency has tripled in value so far this year

When push comes to shove, was it a nudge or a wink?

Narcissistic, sociopathic creatures are devoid of all humanity; the lowest of the low criminal masterminds

Got a phone? Good. You’ll never get lost in here again

You didn’t choose James Small as a friend, he chose you

Blasts from the past: Matfield dots down in Boks’ last dash