Rebel with a cause: James Small, the James Dean of SA rugby

We pay tribute to a man who lived life to the full, both on and off the field

The fact that no one died in the gas tanker explosion in the middle of town is a wonder, say firefighters

Up until now, Durban had them in the same category as profit-making businesses even though the law forbids this

No, I absolutely did not ask PIC to fund ANC bash, says Zweli Mkhize

There they were, eating supper, when suddenly a car was in their kitchen

Pregnant mom tells of shock ordeal that nearly cost her her baby and had a bizarre, violent aftermath

The MK hero, now 86, has many vivid memories of his comrades who fought against apartheid together

There's still a lot of work to be done, but SA is on its way to reaching UN targets

How to stop your child’s curiosity being killed by school

Learning really does begin at home, and parents need to reinforce their children's thirst for knowledge

Don’t do the white thing: washing your clothes a lot is bad for the planet

All the cool people are going dirty, and here's how you can do it too without stinking out your office

Take your grudge to the grave, but you’ll take your happiness with it

A LOT ON THEIR PLATE People clean debris out of a restaurant after heavy rainfall in Tafalla, Spain.
Image: Reuters/Susana Vera

SA’s prosecuting bosses want the government to allow the NPA to accept donations from those who want to see crime efficiently prosecuted. National director of public prosecutions Shamila Batohi revealed that the authority had been inundated by offers from entities, businesses and private citizens to provide financial support to the NPA, especially the newly established investigating directorate led by Hermione Cronje. The NPA appeared before the national assembly’s portfolio committee on justice on Tuesday to present its strategic plans. It bemoaned budgetary constraints and the impact this had on its work. Cronje backed Batohi on private donations, confirming that there had been offers of assistance. “We are in a fiscally constrained environment, so if people are offering money, it's important to look at those offers,” she said.

A Port Alfred man was bitten by a shark while surfing with friends on Wednesday morning. NSRI spokesperson Craig Lambinon said the man, in his early 20s, was surfing at the town’s East Beach at about 10.30am when he was bitten by what appeared to be a juvenile great white shark. The surfer was already out of the water when rescue teams and officials arrived. He was treated by paramedics for “lacerations to his leg”, said Lambinon. He was taken to hospital in a stable condition. The Ndlambe Municipal Protection Services closed all beaches around Port Alfred to bathers until further notice.

Eskom has vowed not to attend to faults in Diepsloot, north of Johannesburg. It says its technicians were chased out of the area and threatened with violence. The utility made the announcement on Wednesday and said it would resume work only when it was safe to do so. “Eskom technicians have been chased out of Diepsloot and threatened with violence as they were busy with their daily operations. Until Eskom is satisfied that it’s safe to return to the area, no fault will be attended to in Diepsloot,” the utility said in a tweet. Police spokesperson Cpt Manyadza Ralidzhivha said the incident had been reported.

A date still has to be set for Johannesburg businessman Adam Catzavelos to appear in court in Athens, Greece, for his racist video rant. Catzavelos’s lawyer, Lawley Shein, confirmed on Wednesday that his client also faced charges abroad. Greek authorities confirmed in a letter they were charging Catzavelos for having, via the internet, “incited, provoked, excited or encouraged acts or actions which may cause discrimination, hatred or violence against the person or the group of persons identified by race, colour, religion, genealogy, national or ethnic origin, sexual orientation, gender identity or disability”. He was changed because the video was posted on YouTube, which was “accessible on Greek territory”, and that the k-word in Greek was also a “derogatory word for a black person and denotes the racist belittlement of the black people”. Meanwhile, Catzavelos’s crimen injuria trial in the Randburg Magistrate’s Court was postponed on Wednesday to August 29.

No work yet for eThekwini mayor Gumede

Embattled eThekwini mayor Zandile Gumede will not return to work just yet as an ANC investigation into her is still incomplete. This was announced by ANC KZN provincial secretary-general Mdumiseni Ntuli on Wednesday. Gumede’s supporters, however, denied she had been informed of the decision - and were looking foward to welcoming her back to work. Gumede is facing charges of fraud and corruption relating to a R208m Durban Solid Waste tender awarded in 2016, in which 62 other councillors have also been implicated. Last month the party’s provincial executive committee in KZN resolved that Gumede should step down for 30 days to allow the governing party time to finalise processes of an internal investigation into the allegations she was facing. Ntuli said on Wednesday that the provincial working committee which was tasked with the investigation was not finalised. “The affected comrades will not be expected to return to their work tomorrow [Thursday],” he said.

Springbok rugby’s most celebrated rebel, James Small, has died. He turned 50 in February. It has been reported that Small died of a heart attack. The former winger was part of SA’s World Cup winning squad in 1995. Small‚ due to his outspoken nature‚ often courted controversy. A sprinter and part time model in his youth‚ he made his Test debut in South Africa’s first Test following their readmission to international rugby against the All Blacks in 1992. He played his last Test in 1997 when the Springboks beat Scotland at Murrayfield. More recently he was involved in coaching roles at club level.

This was the incredible moment a massive alligator starts throwing around his prey, an equally huge Burmese python.The video was taken on February 12 in the Shark Valley visitors centre, located in the heart of the Everglades, South Florida, in the United States. 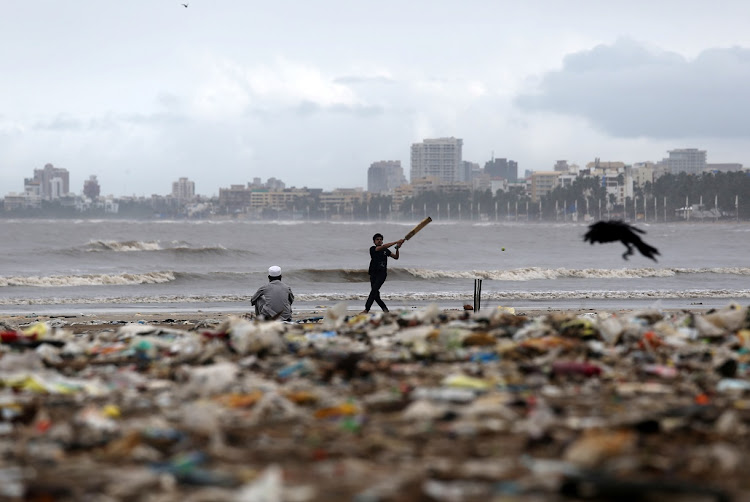 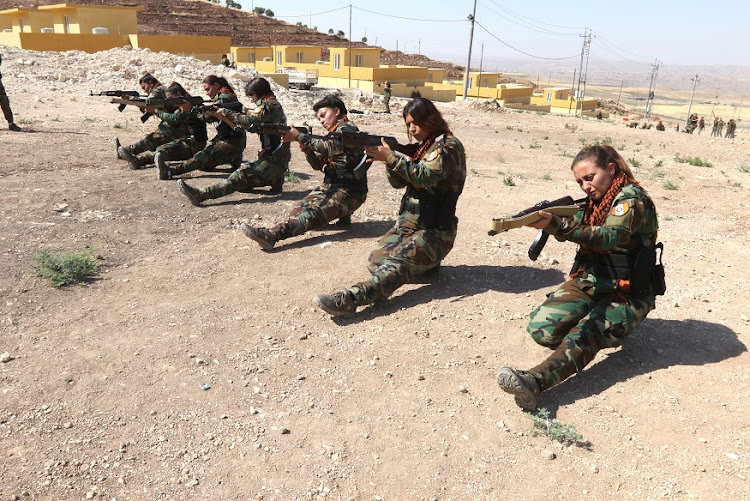 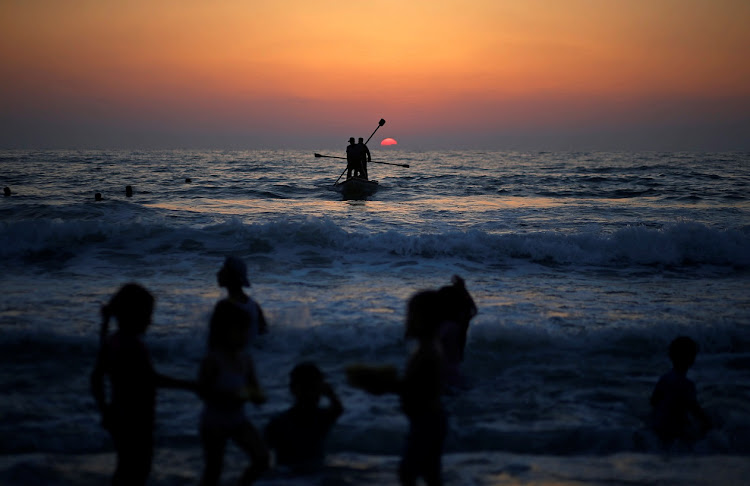 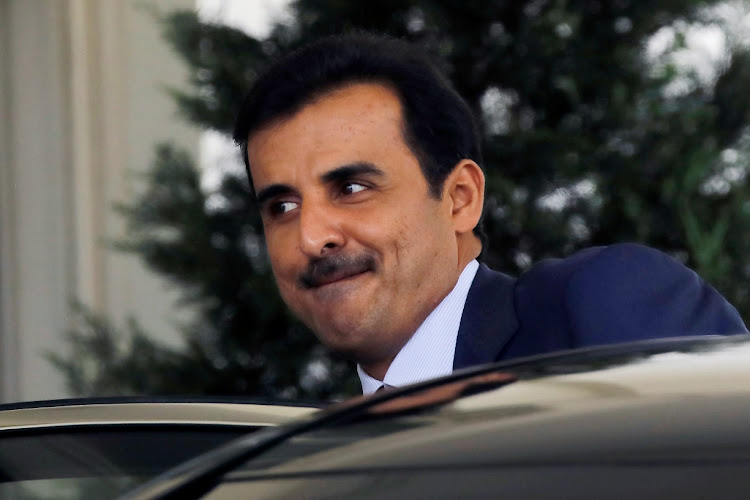 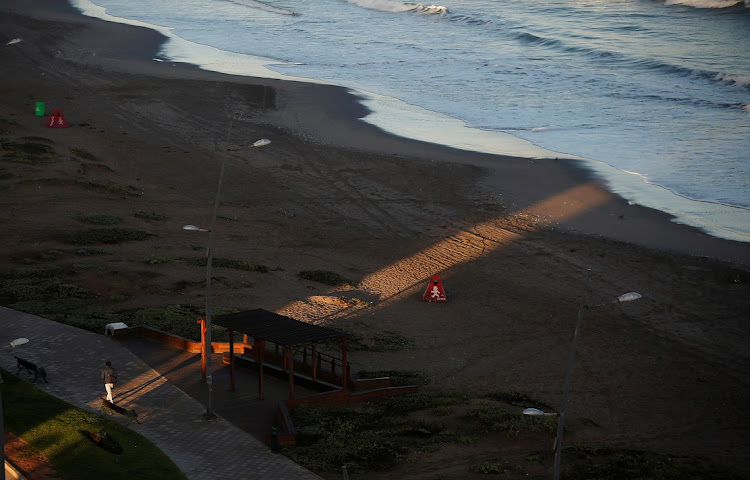 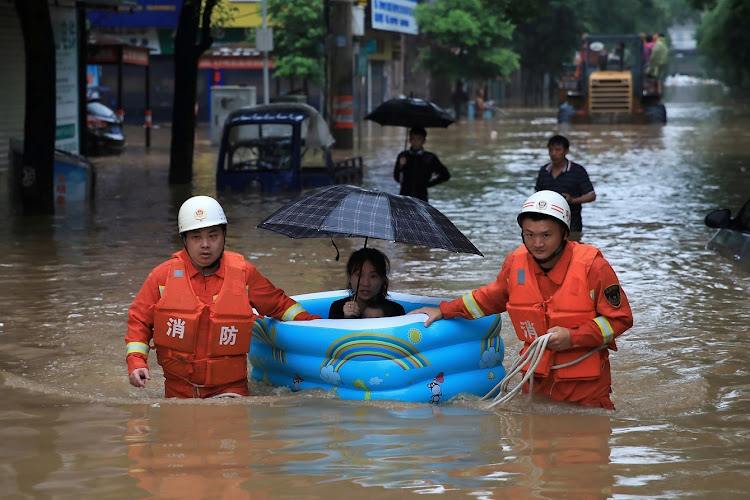 The ‘self-important’ diplomat Trump made important with a few tweets

Breaking plastic chains is like the end of slavery, says Attenborough

The naturalist says he has been warning about the dangers of plastic for two decades, to no avail until now

Top male athletes hotter than female ones? Many would beg to differ

Barefoot, bantamweight billionaire: the man who paved the way for Trump

WHAT IT COMES DOWN TO US congressional Democrats, led by House Speaker Nancy Pelosi, descend the steps of the US Capitol for remarks on healthcare coverage of preexisting conditions.
Image: Reuters/Jonathan Ernst

Dad, you and I need to chat about pocket money

A Spanish court ruled on Wednesday that Grammy award-winning singer Julio Iglesias is the biological father of a 43-year-old man after a protracted paternity battle with the star. The judge ruled that the man’s mother had provided credible details of her affair with the singer and also cited the physical resemblance between the two men. The case was brought by Javier Sanchez Santos, the son of Portuguese former ballerina Maria Edite, who says she had a brief affair with Iglesias in 1975. Iglesias has often presented himself as an unapologetic flirt with ‘an obsession for sex’. ‘Don’t ask me how many brothers I have,” his son Julio Jr said in 2018 on television. ‘I don’t even know myself.’ — AFP

‘Plan Bee’ gets jumbos to buzz off railways

Indian Railways have come up with a novel way to get elephants to buzz off from train tracks: speakers that play the sound of bees to scare the jumbos away. Almost 70 elephants were killed by trains between 2013 and June this year. But nearly 50 buzzing amplifiers have been deployed as part of ‘Plan Bee’ at 12 ‘elephant corridors’ in the vast forests of Assam state, home to nearly 6,000 elephants, 20% of the country’s total. The buzzing is played as trains approach vulnerable points and can be heard up to 600m away. Elephants have long been known to be frightened by the buzzing of bees and stings. — AFP

‘Alexa, please fetch me an aspirin’

‘Alexa, what are the symptoms of flu?’ The UK government said on Wednesday that Britons will be able to get an answer to this and other simple medical queries from the National Health Service using their Amazon smart speakers. The state-run health system’s tie-up with the US-based technology giant drew praise from overworked doctors and professionals weary of bad medical advice proliferating online. But privacy campaigners expressed alarm over the possibility of Amazon storing medical data and then using it to sell targeted ads. — AFP

A Swift one while Kylie’s away

Singer Taylor Swift was named the world’s highest-paid entertainer on Wednesday but was closely followed by two members of the wider Kardashian clan — reality star turned cosmetics queen Kylie Jenner and rapper Kanye West. The annual Forbes Celebrity 100 list also saw soccer stars Lionel Messi, Cristiano Ronaldo and Neymar among the top 10, along with British singer-songwriter Ed Sheeran and 1970s soft rock band The Eagles, who embarked on a new tour in 2018. Swift, hot off her 2018 ‘Reputation’ tour and album, earned an estimated $185m to take the No 1 spot. — Reuters

Vodafone’s CEO has voluntarily cut his share bonus awards by 20% to reflect the poor performance of the mobile operator’s stock over the last year, during which it cut its dividend for the first time. CEO Nick Read, who took the top job in October, will give up about 972,000 shares, worth £1.28m (about R22.5m). After the cut, he will be awarded 3.89 million shares in the 2020 incentive plan, worth £5.1m (about R90m) , the company said. Vodafone’s shares have fallen 19% since former CFO Read became CEO in October 2018, and are down 44% since the start of last year. — Reuters

France will stop reimbursing patients for homeopathic treatment from 2021, infuriating manufacturers but also disappointing doctors who wanted an immediate halt. Health minister Agnes Buzyn, a former prominent doctor who has vowed to place scientific rigour at the heart of policy, said she had made the decision after a damning verdict on homeopathy by the national health authority published in June. It concluded there was no benefit to alternative medicine, saying homeopathy had ‘not scientifically demonstrated sufficient effectiveness to justify a reimbursement’. Homeopathy is based on the idea that a substance which causes certain symptoms can also help to remove those same symptoms. — AFP

BULL’S EYE: Don’t throw your toys, get some new toys

It’s a bunch of fun to tear the hide off fund managers, but maybe they just need to try using alternative assets

Company blames electricity, rail and port costs for its troubles, underlining problems at Eskom and Transnet

Join the club: Developers get smart with dowdy old offices

Some 20% of offices in Sandton are vacant, so why not turn them into swanky residential and hotel  facilities?

Fear and clothing: Where is my mindfulness?

Joburg art is on the move – in more ways than one

Bags of style for people of wealth and taste

Table talk: This piece calls for your undivided attention

A side table so striking it deserves to be a centrepiece

Moeen Ali is the man for a slow, low, turner at Edgbaston

Depending on the pitch, England may drop fast bowler Liam Plunkett for the semifinal against Australia

Blasts from the past: Masinga is the man against Cameroon