It was me: Zuma ‘fall guy’ admits he’s to blame for Gupta landing

Ex-state protocol head admits he dropped names, including Zuma's, to get Guptas their landing clearance

Politicians and elites viewed PIC as a piggy bank: Matjila

ANALYSIS: With no ANC base, Cyril’s an easy target for Ace

Ramaphosa's lack of delivery is making him ever more vulnerable in his party, and he has a worrying dearth of allies

Don’t dump another big stink on us: raging Durbanites

How ‘traumatised’ students drowned their Fees Must Fall sorrows

77 would-be doctors can now sit for their bridging exam, but they'll never get the wasted months back

It began as an investigation into racial profiling, then became something else entirely

Come on, Zindzi and Cyril, is it too much to ask for a little diplomacy?

As the plight of UK's envoy to US shows, it's all too easy when you open your mouth to bite the hand that feeds you

Zondo’s blueprint for how to invade and occupy Mzansi

The old 'three stages of life' reality is a thing of the past, and everyone's going to have to get used to it

HIP HIP, HAIRY! Makoko the gorilla turns 34. His keepers treated him with a fruit, veggies and monkey chow cake, a few roses to nibble on and other goodies at the Johannesburg Zoo.
Image: Alon Skuy

Public enterprises minister Pravin Gordhan’s lawyers are working around the clock to finish his court application to review and possibly set aside public protector Busisiwe Mkhwebane’s findings on his role in the establishment of the so-called “rogue unit” at Sars. Mkhwebane on Friday revealed the intelligence unit, which she said was created during Gordhan’s time as commissioner, did not have the authority or mandate to establish such a body. She said Gordhan was the accounting officer and that he was aware of the intelligence unit. Gordhan’s spokesperson Adriaan Lackay told SowetanLIVE they have tasked lawyers to bring a court application this week. This will be Gordhan’s second review application against findings by Mkhwebane, the first relating to a report which found that he unlawfully approved ex-Sars executive Ivan Pillay’s early retirement payout at the expense of taxpayers.

NDPP Shamila Batohi has withdrawn racketeering charges against former KZN Hawks head Johan Booysen and 26 others. The NPA made the announcement on Tuesday after a panel reviewed the findings of former acting NDPPs Nomgcobo Jiba and Shaun Abrahams, which gave the green light for the prosecutions in 2012 and 2016 respectively. The NPA said the panel was unanimous in its findings. “As a result, the racketeering charges will be withdrawn against all the accused. As regards the remaining charges, which include murder, housebreaking, theft and defeating the ends of justice, the NDPP will refer the dockets back to the acting DPP KZN, Adv Elaine Zungu, to reassess the evidence in each case, and decide whether to prosecute individuals who may be implicated in those matters,” the NPA said.

Keen-eyed Hawks have bust a lucrative hydroponic dagga laboratory operating from a church in the Western Cape. Cpt Philani Nkwalase revealed on Tuesday that the specialist crime-fighting unit’s narcotics enforcement bureau had swooped on the operation in Picketberg on Monday. Nkwalase said the Hawks found dagga plants worth an estimated R700,000 on the premises and nabbed two suspects, aged 30 and 54. The suspects are expected to appear in court on Wednesday.

‘No need for violence in land process’

Land restitution is highly emotive but violence should not enter the process. This is the message from the agriculture, land reform and rural development portfolio committee following the horrific attack on a farm manager on a 7,500ha KZN farm. “Whilst we understand that the land restitution process is highly emotive and tied to the trauma, pain and suffering arising from historic dispossession, we can never allow violence to define a process that is intended to be restorative, healing and advancing reconciliation and social cohesion. We appeal to all individuals and communities involved in land claims and restitution processes not to take the law into their own hands, regardless of the circumstances,” said the committee chair Mandla Mandela. The farm manager was hospitalised with burns on Saturday after “violent thugs” invaded the farm, set it alight and allegedly threw him into a fire.

Four armed suspects held up patients at Durban’s Life Westville Hospital on Tuesday. Provincial police spokesperson Col Thembeka Mbele said the assailants accosted and threatened a security guard outside the hospital at about 5am before entering the building. “The suspects then entered the hospital building where they removed two TVs from the wall and robbed patients of their cellphones and cash,” said Mbele. No shots were fired and a case of robbery was opened at the Westville police station for investigation.

Emergency services worked into the night to recover the bodies of three construction workers who died after a trench collapsed on them in Cape Town. The three men were buried under sand when an excavated area along a construction site caved in next to Sandown Road in Table View just after 5pm on Monday. Cape Town fire and rescue service spokesperson Jermaine Carelse said emergency services were called to the scene. Sections of the road were closed off to traffic. “Upon arrival it was found that three persons were trapped in a trench as a result of the walls caving in,” said Carelse. “The bodies of three adult males were eventually recovered and the scene was handed over to SAPS.”

A petition has been started to remove Zodwa Wabantu's reality show from television after her homophobic comments on her show that aired on July 6. Wabantu stated gay people should accept that they do not have vaginas and are not women. The comments caused a stir on Twitter. 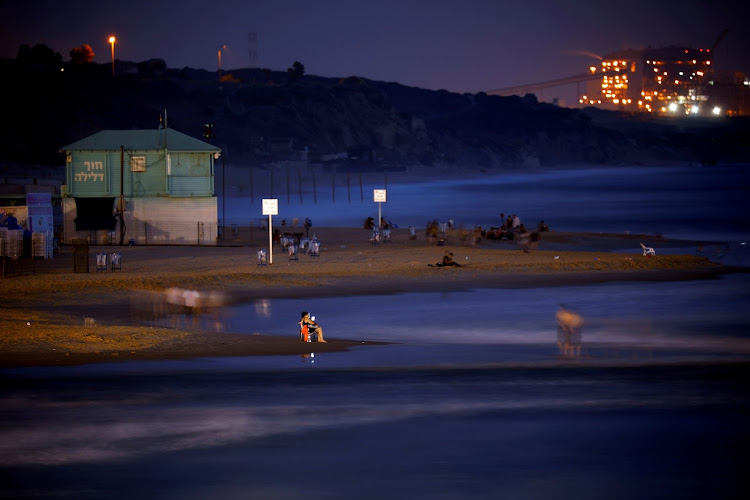 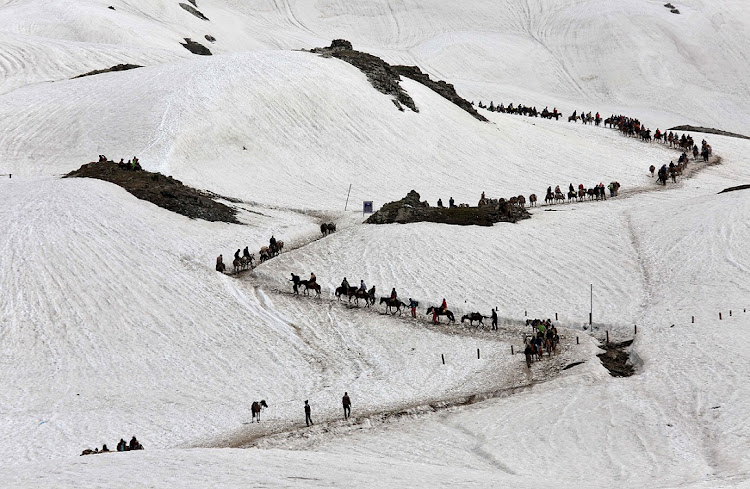 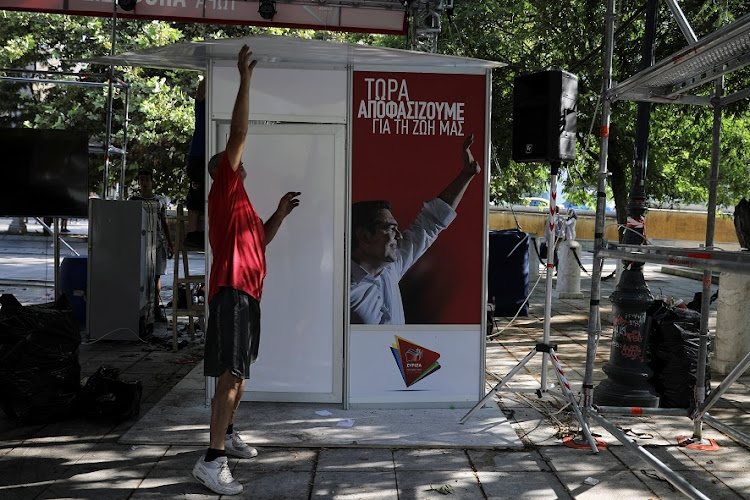 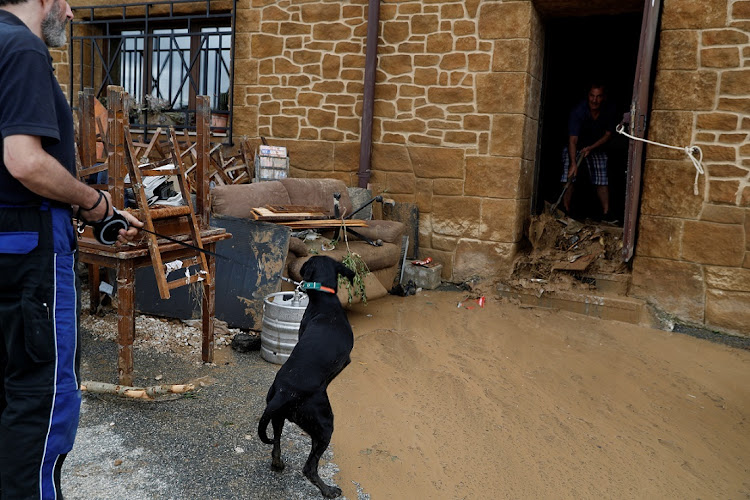 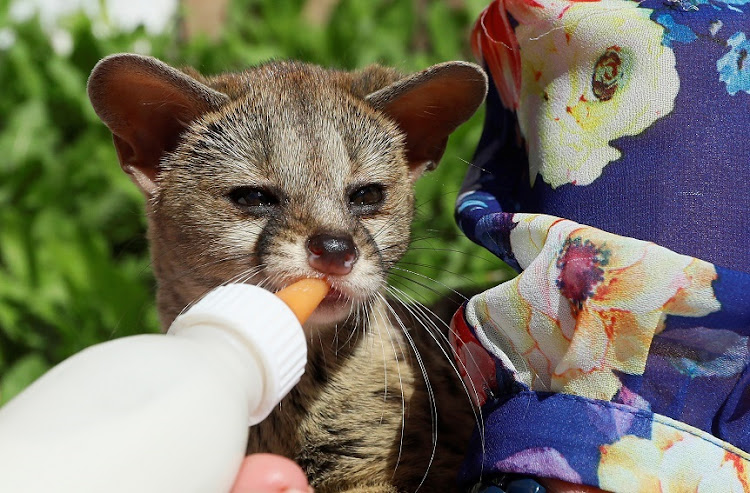 Is the pill for dudes who don’t want to be dads finally here?

Now that trials have been successful, the question is: will men embrace the pill?

More than half of new cars sold are run on batteries rather than fuel, and the goal is zero emissions by 2025

Vitamins could give you a younger-looking, more radiant corpse

A combination of calcium and vitamin D is associated with a higher risk of stroke, say scientists in new study

The things we do for life …

The Indian founder of a global restaurant chain surrendered to a court after losing a last-ditch bid to avoid a life sentence for murdering a love rival. P Rajagopal had been battling for 15 years to avoid prison since being convicted over the killing of the husband of a woman he wanted to make his third wife, reportedly on the advice of his astrologer. – AFP

Paris is burning to declare a climate emergency

Paris has declared a climate emergency after similar moves by other cities and national parliaments. The declaration also said Paris city hall would create a ‘climate academy’ with the aim of better educating the young and the public about the issue. Ahead of municipal elections next year, mayor Anne Hidalgo is seeking to burnish her green credentials, with climate change a real concern for many voters. – AFP

Bed bugs you can be chipper about

A laundry service catering to hotels in Wuhan, China, has started installing wafer-thin microchips on bedsheets, pillow covers and towels, allowing travellers to scan a QR code on each item and check precisely when it was last washed. The service, which also allows the tracking of items, has become a hit following a series of recent scandals over poor hygiene at high-end hotels. – AFP

Sloth and greed are for tigers and flies

Chinese officials must not use the fight against corruption as an excuse to sit around and do nothing, idling their time away and ‘spending the whole day eating’, President Xi Jinping told a meeting of senior Communist Party leaders. ‘Don’t be lazy officials who spend the whole day eating and idle their time away.’ Xi has vowed to target both ‘tigers’ and ‘flies’, referring to elite officials and ordinary bureaucrats in his corruption battle. – Reuters

From manga comics to cop magnet

A man who ran an illegal online manga comic library read by about100 million people each month has been arrested in Manila, Philippine. Romi Hoshino, 28, managed ‘Manga Mura’ (Manga village), which shut down on its own in April last year as Japan launched a manhunt for the website’s founder for massive violation of copyright. – AFP

President Donald Trump has called the British ambassador to the US ‘a very stupid guy’, one day after declaring he would cut contact with the diplomat following a leak of cables describing Trump as ‘inept’. ‘I don’t know the Ambassador but have been told he is a pompous fool,’ Trump tweeted about Kim Darroch. ‘The wacky Ambassador that the U.K. foisted upon the United States is not someone we are thrilled with.’ – AFP

SA Wealth Report: Wow, these lawyers are rolling in the stuff

Me and Moët in the château with Kate, Uma and the Fed

I lived like an empress for a moment. It was a sparkling, unforgettable, experience

Partaking in a profusion, a plethora, a plenitude of Plett

Perfect peace despite the paddleboarding

SPORTS DAY: Bafana have to tune out Nigeria mind games

Nice one, Crusaders, but Super Rugby needs a total overhaul

The tournament is struggling for an audience and it is withering before our eyes, but it’s not the teams’ fault

Blasts from the past: 1999 Boks done in in Dunedin