Cape cops allegedly exchange ill-advised comment about colleagues. Now the department is looking into it

‘I raped in revenge for being raped by my sister.’ Nonsense, says judge

He admitted raping three women and attempting to rape another. Now, excuses or not, he's jailed for life

I didn’t let the Guptas land and Zuma didn’t push me: Koloane

‘Sorry, pupils, show us an ID or get out’: Can schools really do this?

Hundreds of immigrant kids are being turfed out by principals. Now an NGO is taking up their case in court

Cracking skulls: scientists figure out our murderous past ... and future

From a rough-hewn bat to a modern-day bullet wound, scientists dig deep into the forensic world of foul play

The fast and the accurate: hi-tech dispenser boosts treatment in Cape

Patients say avoiding queues means they not only keep illness in check, but also don’t miss out on work

Despite man being held for using his sim card, and adverts for the sale of his car,  police are no closer to finding him

No, SA politicians, you aren’t the victims. The people you’re ignoring are

Mkhwebane is ‘gunning for Gordhan’ and Cyril has ‘sleepless nights’ – such big, scary words for such soft, rich people

It is a risk in legal terms, but these enterprising refugees think it is worth it

From Rio’s beaches to the world: The man who invented bossa nova

Red Ants back … with a less painful bite

The Private Security Industry Regulatory Authority (Psira) has given permission to notorious eviction services company Red Ants to keep operating, but under strict conditions. Last week, Psira announced that Red Ants’ licence was suspended following complaints about its conduct. Red Ants then lodged an appeal. The appeal will be adjudicated by the Psira appeals committee. Psira said it received an application by Red Ants to operate while suspended, pending the finalisation of the appeal. The “conditional permission” to continue operating was approved. This means, unless exceptional circumstances exist, Red Ants may render any other service except demolitions and eviction services pending the finalisation of the appeal process.

AfriForum has lodged a complaint of hate speech against SA ambassador to Denmark Zindzi Mandela for tweets the organisation believes “bore witness to a hate-bearing attitude”. The complaint was lodged with the SAHRC. On June 14, Mandela created a stir on social media after her “apartheid apologists” and “land thieves” tweets went viral. AfriForum deputy CEO Alana Bailey said on Monday that Mandela “publicly contributed to the polarisation of local communities”. “With crude language, as well as false and humiliating references such as ‘rapists’, ‘cowards’ and ‘land thieves’, she is contributing to a dangerous discourse of scapegoating,” said Bailey.

Gordhan does have pharmacy degree: UKZN

Public enterprises minister Pravin Gordhan graduated with a pharmacy degree from UKZN, the institution confirmed on Monday. “The office of the registrar at the University of KwaZulu-Natal (UKZN) confirms that Pravin Jamnadas Gordhan studied and successfully completed the requirements for the Bachelor of Pharmacy in 1973. In addition, he received an honorary doctorate in 2003 and the Convocation Award in 2013 from UKZN,” university spokesperson Ashton Bodrick said. Questions have been circulating on social media about whether Gordhan had a university qualification. Some accounts suggested he did not. Gordhan has come under fire - with the EFF calling for his head - after Public Protector Busisiwe Mkhwebane found on Friday that the establishment of the Sars “rogue unit” violated the constitution.

Durban actors’ house burns down as they perform

The Durban home of a popular actors Lisa Bobbert and Aaron McIlroy burned down on Saturday morning while they were attending the National Arts Festival in Makhanda. The couple’s daughter and her two friends were at the home in Durban North when the fire started. In a Facebook post on Monday, Bobbert said the trio managed to escape the blaze unharmed. “Aaron and I are completely overwhelmed by everyone’s love and support and all the offers of help that we have received. We will be arriving home this afternoon and will start to get a clearer picture of the situation,” she said. Sonia Corris, a member of the prayer group that Bobbert belongs to, told TimesLive the couple had lost everything. The couple were performing their show, “Bloopers, what could possibly go wrong …”, at the festival.

The case against EFF leader Julius Malema, who is accused of contravening the Riotous Assemblies Act, has been postponed to September 9. On Monday, Malema’s lawyers appeared in the Newcastle Magistrate’s Court on his behalf, in connection with remarks he made at an EFF rally in the town in June 2016. At the event, Malema told his supporters to occupy land because it belonged to blacks and whites could not claim ownership of SA land. Following an appearance in the same court in November that year, Malema urged his supporters to “occupy the land, because they have failed to give you the land”. Malema has been charged for the same offence in Bloemfontein after he made similar remarks in 2014. The EFF is expected to approach the Constitutional Court to have the Riotous Assembly Act declared unconstitutional.

Dam levels in the Western Cape have increased by more than 6% over the past week after good winter rains. The government said on Monday the latest average level for dams across the province stood 45.4%, compared to 47.2% in 2018. The average level of dams supplying the city now stood at 59.6% compared to 53% in 2018. Local government, environmental affairs and development planning minister Anton Bredell said following the recent rainfall, water continued to flow to dams around the province from various catchment areas. “We’re very happy to see the levels starting to increase dramatically." The Theewaterskloof Dam, the biggest in the province, had increased by 5.5% and was now more than 50% full. Bredell said at this time in 2018 it was sitting at 38%. “Overall we expect dam levels will continue to increase in the coming weeks.”

Two leopards went at it hammer and tongs after one leopard attempted to take down a warthog in Pilanesberg on June 22. 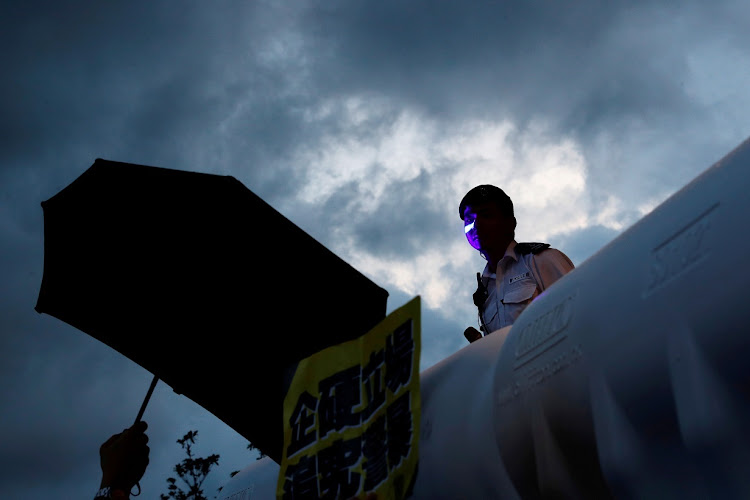 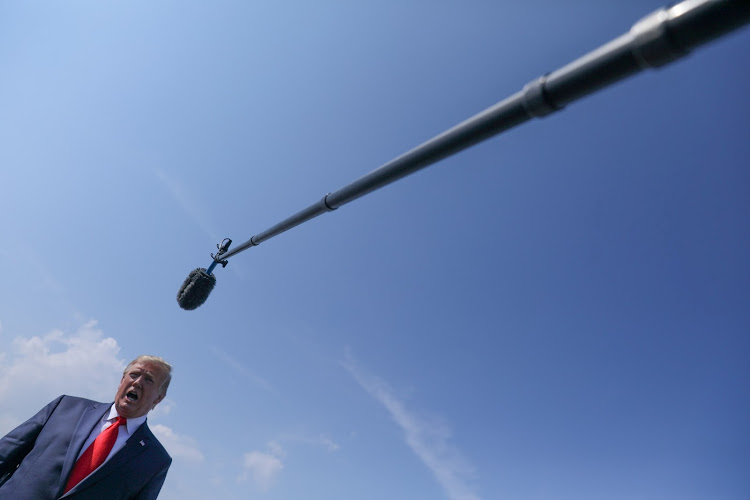 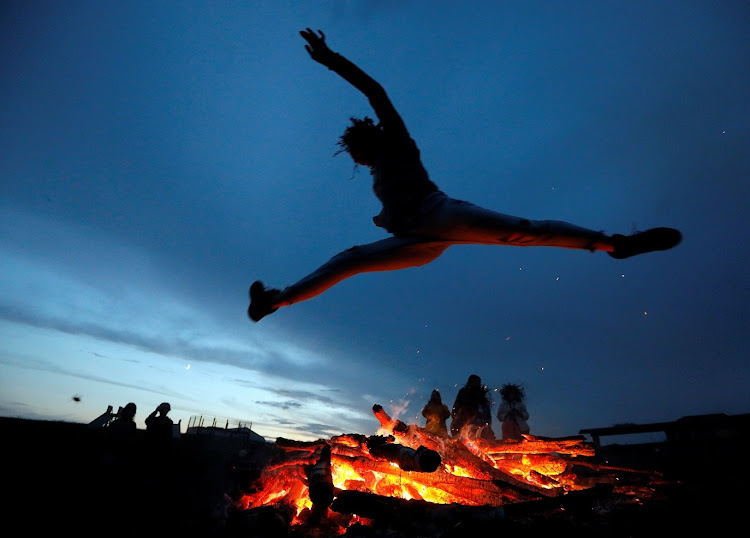 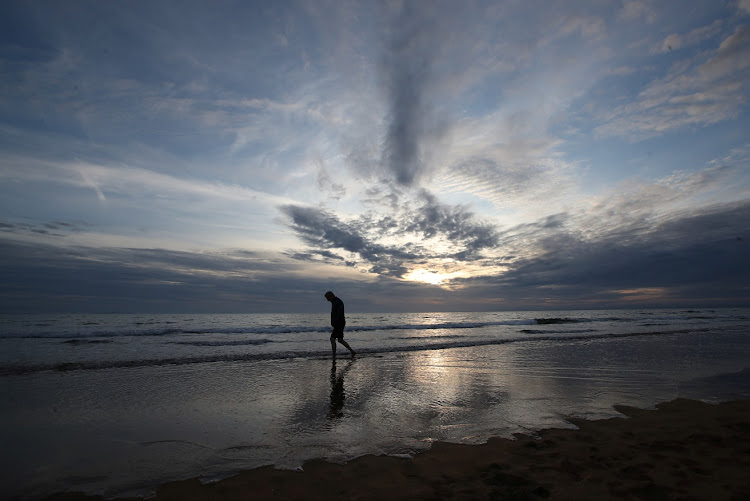 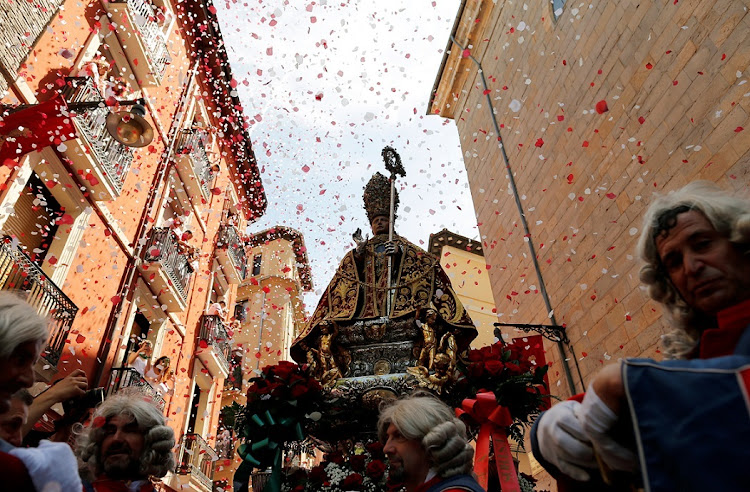 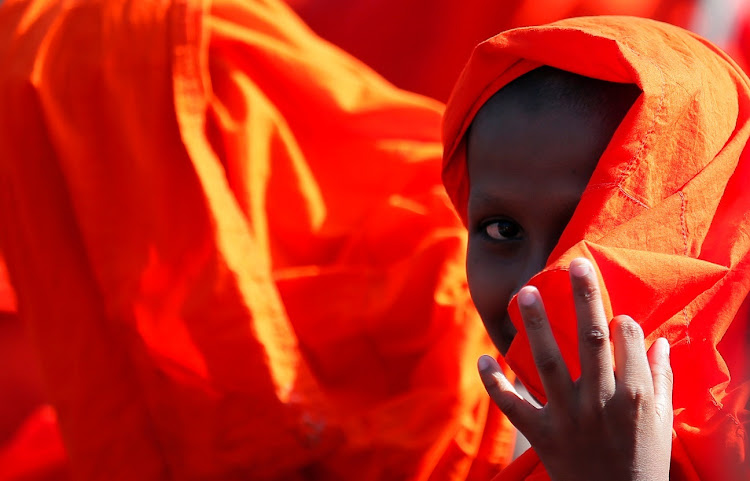 Trapped between two worlds: The troubled lives of the Gulf’s princesses

The billionaire is aware of the big practical challenges, but he thinks it’s important enough to try

Culture wars: It’s woke vs bloke as Cambridge wrestles with a new world

The more radical extremes of Millennial inclusiveness appear to have conquered ... for now

Moon landing denialism: Where does this lunacy come from?

Conspiracy theorists may seem like a bunch of nutters, but they are actually a symptom of something dangerous

from tip to toy A girl plays with a toy found in a plastic recycling factory in Dhaka, Bangladesh.
Image: Reuters/Mohammad Ponir Hossain

A new law in Iran could result in the organs of convicts on death row being pre-sold to buyers if the prisoners agree before their executions. Iran's Association of Surgeons has strongly condemned the move, describing it as ‘extremely worrying, damaging to our profession and the prestige of Iran in the eyes of the civilised world’. ‘Anyone sentenced to death would not be in a right frame of mind to 'voluntarily' offer their organs, unless they are forced to do so under immense pressure,’ the association said. – Telegraph media Group Limited (2019)

Pompeii could blow up all over again

Up to 10 unexploded bombs are lying beneath Pompeii and risk destroying the World Heritage site. The ancient city of Pompeii is one of Italy's most popular tourist attractions, but the tourists don't realise that the city not only hides the secrets of the Roman Empire but some from a more recent era. Pompeii was the target of intense bombing in August 1943 as Allied Forces swept across Italy in World War 2. Of the 165 bombs dropped around Pompeii most were identified and cleared. But the Italian daily, Il Fatto Quotidiano, claims up to 10 unexploded bombs lay beneath the soil in an area yet to be excavated. – Telegraph Media Group Limited (2019)

Jeffrey Epstein, a billionaire US financier and former friend of the Duke of York, Donald Trump and Bill Clinton, has been charged with sex trafficking. Epstein, 66, was arrested by the FBI. The latest allegations come more than a decade after Epstein avoided federal criminal charges under a plea deal which faced considerable criticism. Under the 2007 plea agreement, Epstein was allowed to plead guilty to lesser state charges of soliciting and procuring a person under 18 for prostitution. Epstein, who potentially faced a life sentence, was jailed for 13 months and registered as a sex offender. It is unclear whether the latest allegations involve the same victims cited in the original prosecution. – Telegraph Media Group Limited (2019)

Is he mad? Man climbs the Shard

A man was seen climbing the Shard skyscraper in London on Monday, scaling the glass exterior of Western Europe's tallest building at sunrise. British police said they were called at 0415 GMT after reports that a man was climbing up the tower. He was talking to police and has not been arrested, they said. Located close to London Bridge, the Shard is 310m tall and is home to offices, restaurants, a retail arcade and a hotel. - Reuters

International Criminal Court judges on Monday convicted a Congolese rebel chief nicknamed ‘Terminator’ of war crimes including massacring civilians and sexual enslavement, in a badly-needed victory for prosecutors in The Hague. Bosco Ntaganda's forces carried out horrific attacks including one in a banana field that left babies and children disembowelled or with their heads smashed in, judges said. The 45-year-old was a ‘key leader’ who recruited child soldiers and gave ‘direct orders to target and kill’ non-combatants in DRC's Ituri region in 2002 and 2003. Ntaganda was found guilty of 18 counts of war crimes and crimes against humanity, including murder, directing attacks against civilians, displacing civilians, rape, sexual slavery and enlisting children under the age of 15. – AFP

Cameron Boyce, 20, the Disney star known for his roles in films and television, has died. The cause of Boyce’s death was announced as a seizure due to ‘an ongoing medical condition’. Boyce starred alongside Dove Cameron and Sofia Carson in the ‘Descendants’ series, where he played Carlos De Vil, the son of Cruella De Vil. He also played the character Luke Ross in the Disney Channel television series ‘Jessie’, which ran for four series and 98 episodes. Boyce made his acting debut aged nine when he was cast in horror film ‘Mirrors’ alongside Kiefer Sutherland. – Telegraph Media Group Limited (2019)

How to make cyberspace work in the grassroots

Let’s have no limit to our Fourth Industrial Revolution dreams, but let’s make sure nobody gets left behind

Comair investors not getting too excited about SAA’s R1.1bn

After an initial bump when competition case against SAA was settled, Comair share price has barely moved

Net asset value is 295c/share and ruling share price is 95c, so where to pitch buyout offer could be tricky

Book extract: What Kallis and Kirsten learnt from the coach

‘The Barefoot Coach’ is packed with out-of-the-box thinking on winning, preparation, failure and working

Vital new collection is an immense work showcasing the continent and her stories, best savoured slowly

One pickled cow too many: It only Hirst when you laugh

‘I was a  monster. The idea now of meeting myself then is a nightmare,’ says straight and sober Damien Hirst

Flipping hell: Does winning the toss weigh too heavily?

Blasts from the past: Locke loads up SA’s first golf major