It took a three-year fight, but at last Gems will pay for mom’s vital drug

Even so, government medical aid insists giving in to pressure is a donation, not a policy change

‘No checks and balances’, and so the Guptas just swooped in

KZN gogos live in terror as another pensioner is raped

More than 1,000 children are helped each week by Waves for Change, which operates out of Cape Town and Liberia

Forget your PIN at the ATM? The solution will soon be at your fingertips

If there's one thing I've always hated, it's arriving early at airports. Now I'm having a rethink

When no Archie fits the princely bill, a wizardly F.A.R.T. breezes in

RIOT AND WRONG EFF leader Julius Malema appeared in the North Gauteng High Court on Thursday to challenge the Riotous Assemblies Act of 1956, but the judge dismissed the bid.
Image: Alon Skuy

Drink and drive this Vodacom Durban July 2019 and you can bet that you will likely face jail time. This was the stern warning issued to all road users by KwaZulu-Natal MEC for transport, community safety and liaison Mxolisi Kaunda. On Thursday, Kaunda said the department of transport had adopted a zero-tolerance approach in the province ahead of the popular horse race and fashion extravaganza, which will see thousands of people flocking to the city. Kaunda said a number of multi-disciplinary and overnight operations had been planned and more personnel would be deployed 24/7 over the busy weekend.

The Supreme Court of Appeal (SCA) ruled on Thursday that the minister of mineral resources did not have the power to make regulations for petroleum exploration and production. These regulations governed the exploration and production of petroleum, including shale gas through the use of hydraulic fracturing (fracking). The judgment has stalled plans to explore for petroleum by hydraulic fracturing for now because the SCA also set aside the petroleum regulations in their entirety. The SCA passed its judgment in two cases on appeal which were consolidated for hearing before the court.

A Johannesburg Water official and a scrapyard owner have been arrested for allegedly stealing cables worth R10,000 at one of the city's depots. The two were arrested in Erasmia, west of Tshwane on Wednesday. The city of Johannesburg's Lucky Sindane said the arrests followed a sting operation by the Hawks and the city's Group Forensic and Investigation Service (GFIS). Sindane said they had received a tip-off that cables had been stolen at a depot in Diepsloot, north of Johannesburg. "Information was also received about a particular scrapyard in the west of Pretoria that is frequented by council-marked vehicles. "It is alleged that the scrapyard owner accepts stolen goods from city officials," Sindane said. The duo is expected to appear in court on Thursday to face a charge of theft.

Cop gunned down before testifying

A police constable who was due to testify in a court case on Thursday, was shot dead in Soweto, Johannesburg, on Wednesday evening. National police spokesperson Brig Vishnu Naidoo said Cst Ntobeko Nhlanhla Langa was followed by three men in a white sedan. Naidoo said when Langa stopped his car, one of the men opened fire on him from the sedan. The constable died "instantly". "Nothing, including the member's service pistol, was taken," said Naidoo. The constable, attached to the crime intelligence unit in Soweto East since 2011, was scheduled to lead evidence in a case at the Randfontein Magistrate's Court on Thursday.

Gauteng MEC for human settlements Lebogang Maile has demanded answers from Ekurhuleni mayor Mzwandile Masina, following a report on a R1.9bn toilet tender which allegedly enriched contractors. An investigation by amaBhungane published in the Daily Maverick, revealed that the City of Ekurhuleni allegedly spent a staggering R1.9bn on chemical toilets over three financial years - from 2017 to 2019. The tender was meant to replace the bucket system. The investigation showed that the tender had serious lack of municipal oversight, which saw some companies allegedly taking advantage of contract loopholes at the expense of the poor.

The Pietermaritzburg High Court has sentenced a 43-year-old man to 45 years’ imprisonment on several charges relating to a foiled cash-in-transit robbery. Michael Siphosihle Nkosinathi Hlatshwayo was convicted of murder, attempted murder, attempted robbery and unlawful possession of a prohibited firearm and ammunition, said the National Prosecuting Authority. In November 2017, Hlatshwayo and his accomplices armed themselves and forced a cash-in-transit vehicle off the road in the Dalton area of Eshowe, in northern KwaZulu-Natal. Working on information, members of the SAPS intercepted them and a shoot-out ensued. This resulted in three deaths, while Hlatshwayo sustained gunshot wounds to his hip.

Facebook, Instagram and WhatsApp were down for a few hours and people worldwide were losing their minds. But at least we had memes to keep us company. 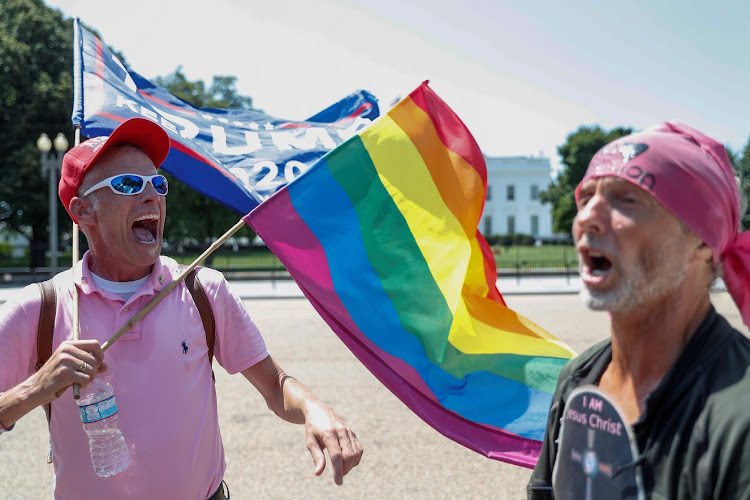 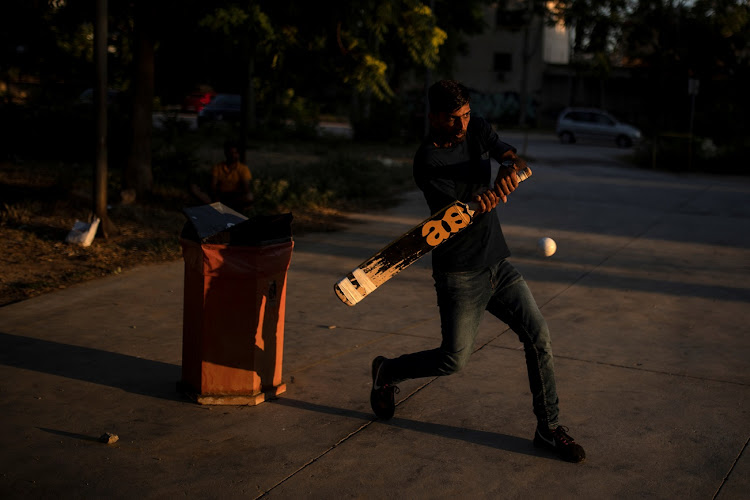 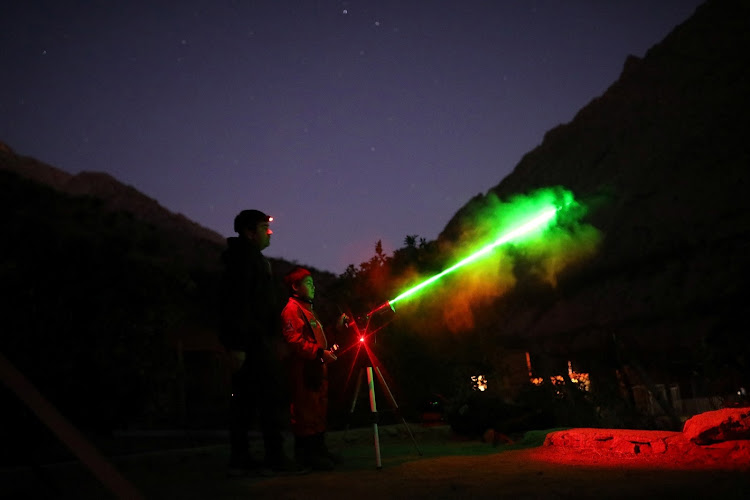 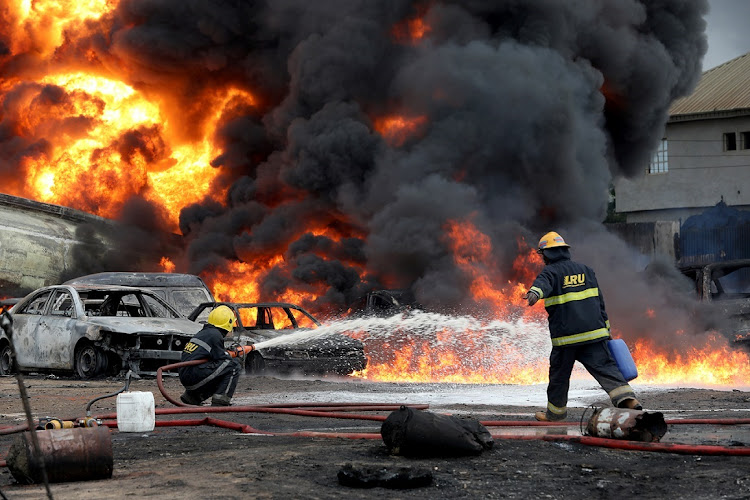 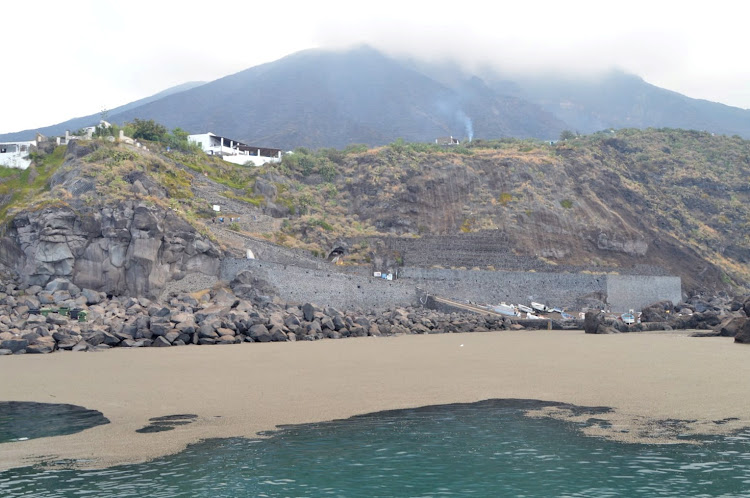 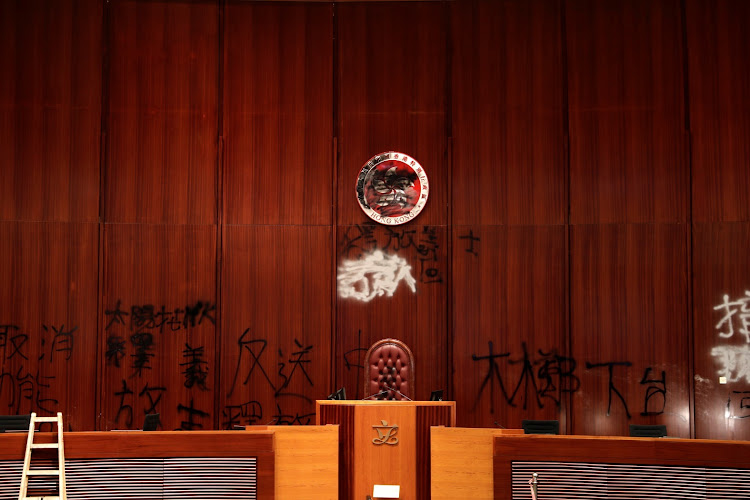 By George! How Bezos stopped his divorce from becoming an online scandal

The Amazon tycoon and wife have perfected the social media divorce

Sorry, Taylor Swift, your label’s a gold mine – best you ‘shake it off’

As she hits out over the sale of her label, she might do well to heed her new single - 'You Need to Calm Down'

Double take: The great civil rights lensman who was an FBI spy

Ernest C Withers led a double life, but the question over his dedication to black liberation is not cut and dried

What if Yesterday never happened? The world without The Beatles

A new comedy imagines a world without the Fab Four - but for our rock critic, the idea is no laughing matter

THEN WHOSE REFLECTION IS IT? Workers clean protective glass during preparations for President Donald Trump's July 4 speech at the Lincoln Memorial in Washington.
Image: Reuters/Jim Bourg

Crew steps up when ‘God’ loses it

Brainy idea from a Moron

A firm believer in the idea of "better late than never", 86-year-old Edna Pinheiro practices reading with a tutor in a Rio de Janeiro square - one of hundreds taking advantage of free outdoor classes. "I'm going to study while I can because little by little, we lose our sight and we turn into old ladies who can't read or do anything," says Pinheiro, who could barely read or write before joining the Adopt a Student project. The brainchild of engineer Silverio Moron, Adopt a Student has helped nearly 300 people of all ages to brush up their skills in subjects including maths, physics, English and Brazil's official language, Portuguese, since its 2018 launch. A former tutor for private school students, the 64-year-old Moron says he wanted to share his knowledge with those who could not afford to pay for classes. – AFP

A man has been detained for five days by Beijing police after he poured water over the head of Baidu CEO Robin Li as he delivered a speech at a conference, authorities said on Thursday. Li was speaking about Baidu's autonomous car development at an event on artificial intelligence when the man stormed onto the stage and emptied a water bottle over his head. The tech billionaire, who co-founded the internet giant, stood stunned for a moment. "Everyone can see that the path of advancing AI will still encounter all types of things we don't expect," Li said, calmly resuming his presentation to applause. Police carried out an investigation after Baidu employees reported that "a man had disturbed the order at a company activity". The suspect, surnamed Cheng, was given five days of administrative detention for "picking quarrels and provoking trouble", police said on Twitter-like Weibo. – AFP

California has become the first US state to ban racial discrimination based on hairstyle, passing a law to ensure afros and dreadlocks can be worn at all schools and offices. The law is primarily aimed at protecting the rights of black Americans, and is due to come into force on January 1. The law was introduced by Los Angeles Democrat senator Holly Mitchell, who is herself black and frequently wears microbraids. Employers will still be permitted to require employees to secure their hair for safety or hygienic reasons. New York City adopted similar legislation earlier in 2019. – AFP

Is Amsterdam’s red light about to go out?

Amsterdam’s mayor has proposed drawing curtains over the notorious glass-fronted booths where sex workers ply their trade, as part of an overhaul of the city’s famed red-light district. Femke Halsema, the Dutch capital’s first female mayor, presented four options for improving conditions for prostitutes, cutting crime and reducing the burden of mass tourism in the area. The red-lit canalside windows and sex shops of the Wallen district near the main train station are one of the biggest draws for the 18 million tourists who flock to the Netherlands’ biggest city every year. Under the mayor’s first option “the curtains of the window brothels close” so that “sex workers and their workplaces are no longer visible from the street”. Other suggestions include moving some of the window booths out of Wallen to other areas of the city, or closing all the booths and setting up a new red light district elsewhere. – AFP

The Malaysian producer of the Leonardo DiCaprio-starred film “The Wolf of Wall Street” was arrested on Thursday on suspicion of money laundering as part of investigations into the 1MDB scandal, officials said. Riza Aziz was detained in Malaysia after questioning by graft investigators and will appear in court on Friday, said Latheefa Koya, head of the anti-corruption agency. Riza is the stepson of Malaysia’s disgraced ex-leader Najib Razak, and the son of the country’s former first lady, Rosmah Mansor. Both Najib and Rosmah have been charged over the plundering of state fund 1MDB. Billions of dollars were looted from the investment vehicle, allegedly by Najib and his cronies, and spent on everything from yachts to pricey artwork in a globe-spanning fraud. Riza co-founded the Hollywood company Red Granite Pictures, and US officials allege that it was bankrolled by huge sums of pilfered 1MDB cash. As well as the “Wolf of Wall Street” —about a huge stock market scam - it produced the Jim Carrey movie “Dumb and Dumber to”. - AFP

The leafy node will soon run out of space for big banks, law firms and other professional service providers

Given its inventory days and debt, the company’s strategy to reduce exposure to the SA market is sensible

She could lead Europe’s central bank, but her detractors are on Lagarde

The IMF managing director has the backing of Merkel and Macron. Not everyone is on board though

A little cloak, a little dagger and a whole lot of magic

Not-so-strange 80s yearning will have you yawning

Telling tales: the storied career of a producer extraordinaire

It’s sink or swim in Sharks tank for new coach

Sean Everitt has the chops to mount a successful title defence, and he's looking to youngsters to do it

Blast from the past: Saffer double aces Stockholm Games